A New Kind of Leather...That Doesn't Come From Dead Animals!

You’ve finally scored that beautiful bag you’ve been lusting after. After pulling the drawstring of the dust bag, you bring the bag to your nose and inhale: leather. A wonderful smell.

We appreciate leather in its finished form, but how does it get there? And how is the process of making leather changing with technology? Now, scientists are promising a new kind of leather—one that doesn’t require killing animals!

Once upon a time, leathermaking was a very messy business. For example, writes The Economist, leathermaking was outlawed in 18th-century London due to the smell. (Hides were soaked in urine and lime, and dog feces were used to soften them.) Even today, leathermaking is associated with social outcasts in countries like India and Japan

Although modern production of leather doesn’t require animal excrements, the process uses chemicals and—more importantly to many people—still comes from dead animals. Cue the newest technologies. Tanned animal skins are now being challenged not by synthetic leather, but another kind of natural leather. This leather, however, doesn’t come from an animal. It’s grown in a factory.

According to The Economist, most advanced in the development is an American firm called Modern Meadow, which is about to begin production trials. Modern Meadow has raised over $50 million and has partnered with other firms, and the new leather could make it to the market in the next two years! The benefits of factory-grown leather are many: the sheets have straight edges and aren’t irregular, it doesn’t vary from animal to animal, and the process reduces waste.

Scientists have been able to create the leather using genetically-engineered yeast that makes a protein identical to one in animal bodies. This eventually results in sheets of raw leather, which can be tanned and processed normally. The cost is expected to be competitive with natural leather. Eventually, this development could lead to factory-grown exotic leather, such as ostrich or alligator.

The new leather’s name hasn’t yet been announced. But stay tuned: at a fashion show at MOMA in NYC on October 1, the name will be revealed—as well as a t-shirt made of the material!

This is obviously a huge development in the fashion world, especially when there have been major controversies over animal rights, like when Jane Birkin demanded that Hermès remove her name from the Birkin Bag in 2015 due to inhumane animal practices. (Read: A Birkin by Any Other Name… and Birkin Case Closed)

What do you think? Is this an amazing innovation, or are you more skeptical? Are you still drawn to natural leather over factory-grown leather? Would you buy this new kind of leather? What impact does this have on animal rights and wearing leather? Let us know below! 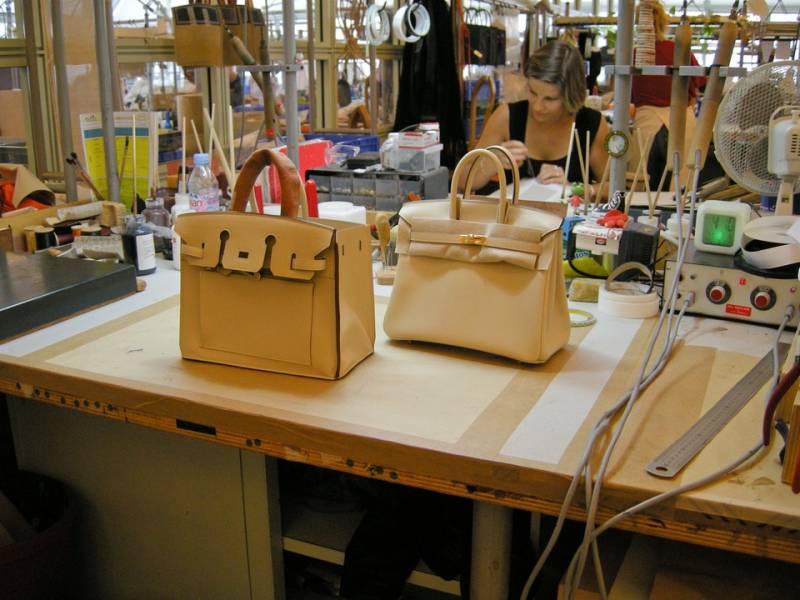 Wow, if this actually happens and this new leather is strong and durable, it would be AMAZING! Hope this “revolution” happens ?? Thank you for sharing this news with us ❤️