Do Louis and Pooey Confuse You?

Trouble is apparently brewing between luxury purveyor Louis Vuitton and MGA Entertainment over one of the hot gifts this past holiday season. The Poopsie Pooey Puitton Slime Surprise (yes, that is the full name) is a poop-shaped carrying case with ingredients and instructions for making slime. There’s no question that it is a toy marketed to children. It’s cost: around $50 online and in big box stores.

At the end of last year, MGA Entertainment sued Louis Vuitton for a declaratory judgment that its toy does not violate trademark infringement laws. In other words, it has asked a court to determine that no reasonable customer would confuse its product with those of Louis Vuitton. MGA claims that Louis Vuitton has complained (behind the scenes) to MGA customers about this product, trying to stop its marketing and sale. Louis Vuitton charges that the Pooey pattern resembles its Multicolore Monogram pattern, even though there is no LV anywhere on the Pooey.

What do you think? Is this hot gift based on a hot (a/k/a stolen) idea? Or is Louis Vuitton stepping in it? Should the poop emoji be made?

Let us hear from you. 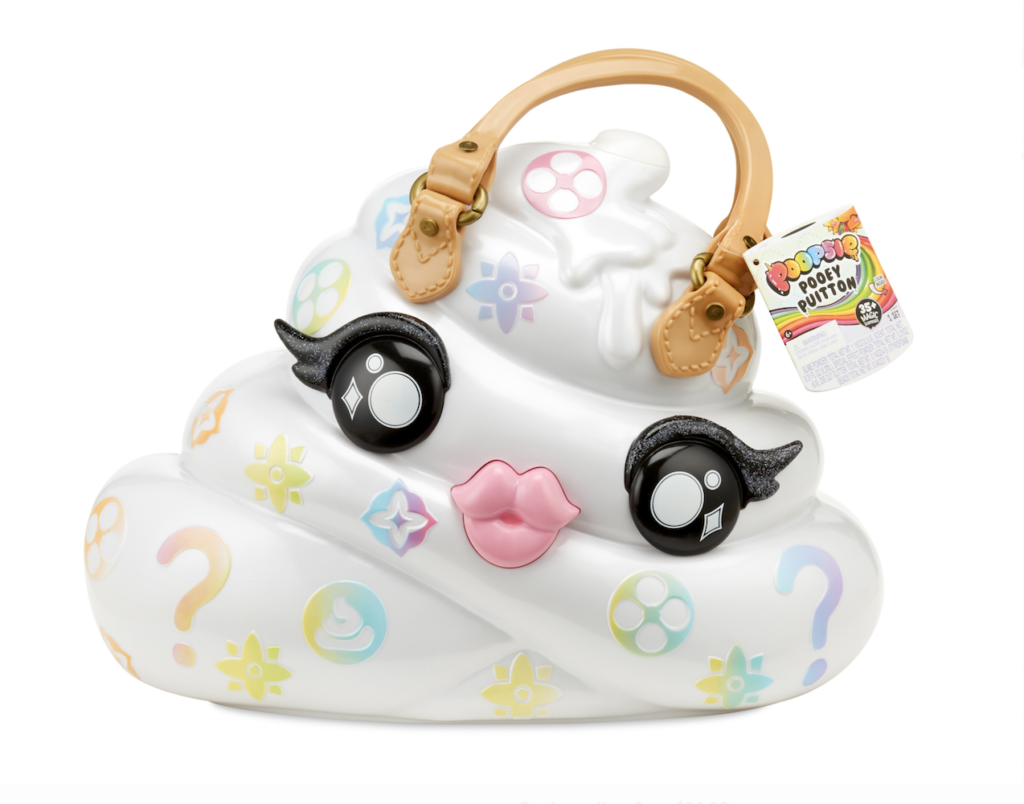