Have You Seen This New 9-Foot Birkin?!

It’s that age old question for Hermès lovers – which Birkin size is the best? Should you opt for the 25, 30, 35 … or 9-foot?! You read that right! There’s a new 9-foot sculpture of the beloved Birkin bag that’s been touring around the UK.

The sculpture, fittingly named ‘Bag of Aspirations’, made by Greek-born and London-based sculptor Kalliopi Lemos, is made from steel and is a surprisingly realistic replica of the iconic Birkin bag.

The whopping 9-foot model of the Birkin has been displayed in a series of locations throughout the UK, including the famously stylish New Bond Street in Mayfair, home to a whole host of luxury stores, as part of Mayfair Art Weekend. The eye-catching design has also been exhibited at Yorkshire Sculpture Park, an open-air gallery in West Yorkshire, England.

It is nothing new for the Birkin to be given the celebrity treatment and be gawked at in some of the UK’s most glamorous spots. However, it typically occurs when the design is on the arm of a fashionable Brit instead of standing 9-feet tall on a busy London street or at a sought-after gallery.

Although crafted from steel, Lemos made the design to look like actual leather by skillfully making folds and creases. The ‘Bag of Aspirations’ subsequently defies the odds by appearing to be an actual gigantic version of the classic Hermès bag.

Lemos fashioned the surface to look like Ostrich leather, a sought-after and extremely costly Birkin material.

The sculpture is part of a Lemos’ Tools of Endearment series which also features a sculptor of a huge stiletto heel. Lemos is known for exploring how consumer culture affects and frames women and the concept of femininity in her works. The sculptor said she chose the Birkin as the subject of the piece because it represents consumer culture.

While we have have seen instances of the Birkin colliding with the art world before, including exquisitely hand painted bags and even stone-carved Birkins, nothing of this scale has ever caught our attention.

What do you think of this truly unique Birkin. However much you may love the look, don’t think you’ll be able to pick up a 9-foot Birkin next time you’re at the Hermès store – it’s hard enough to get a hold of a normal size!

Read: Which Hermès Birkin Size is Best for You? 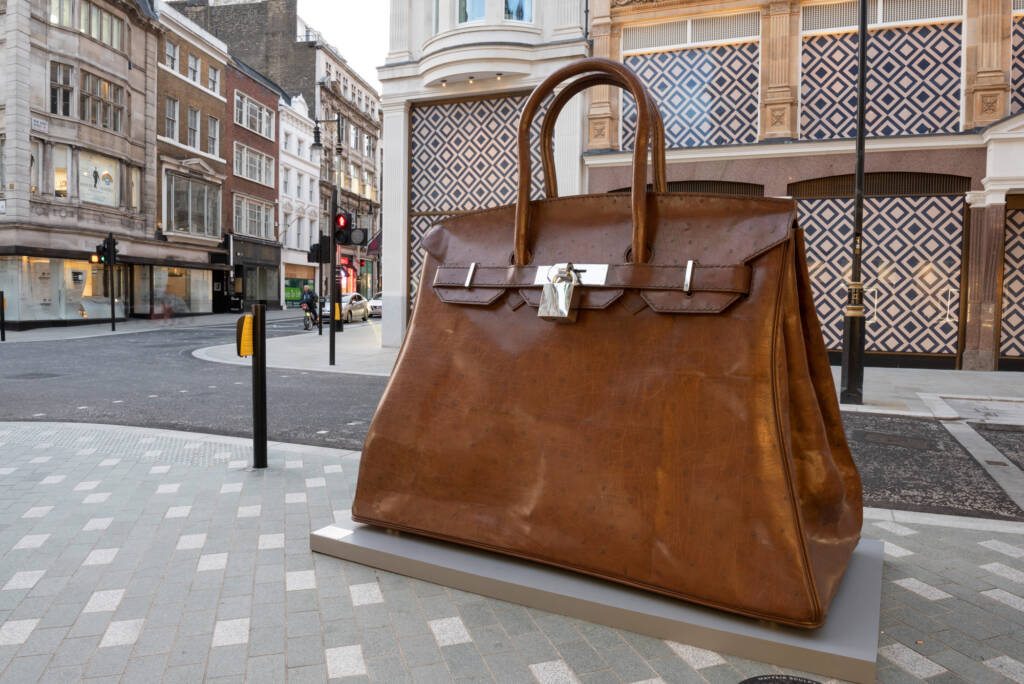 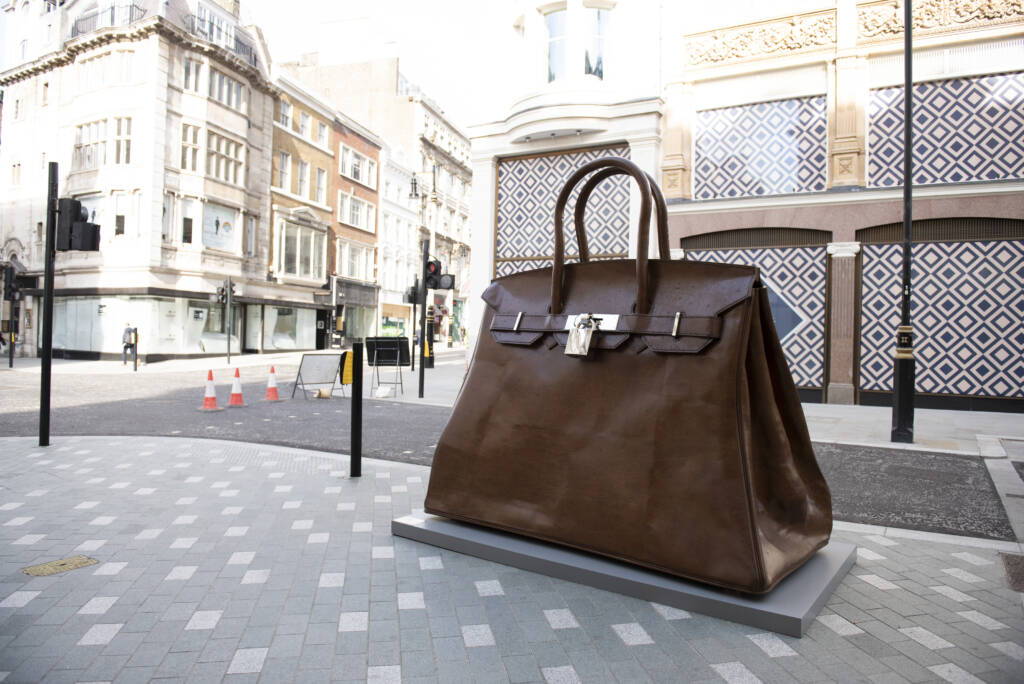 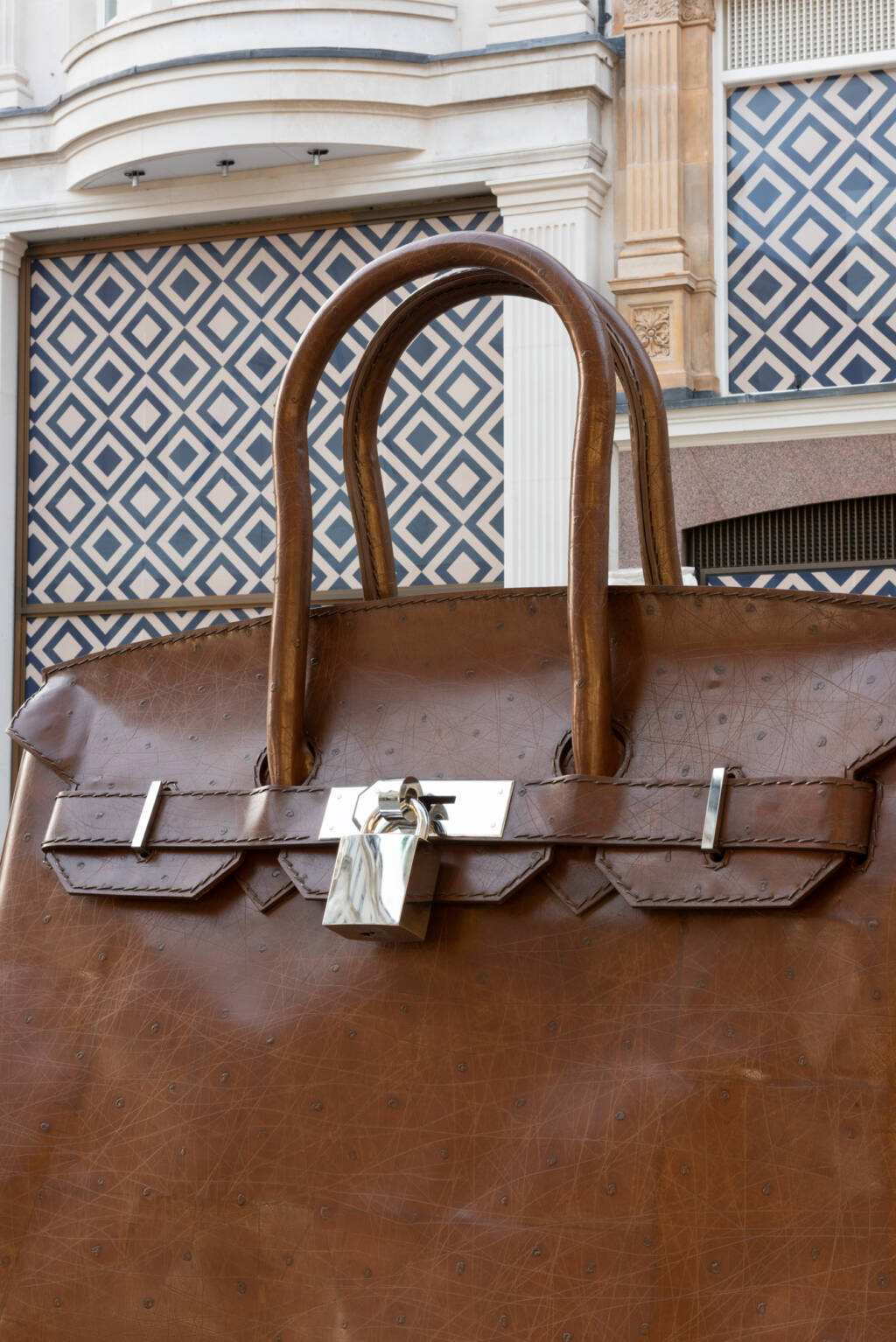 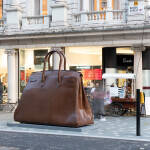 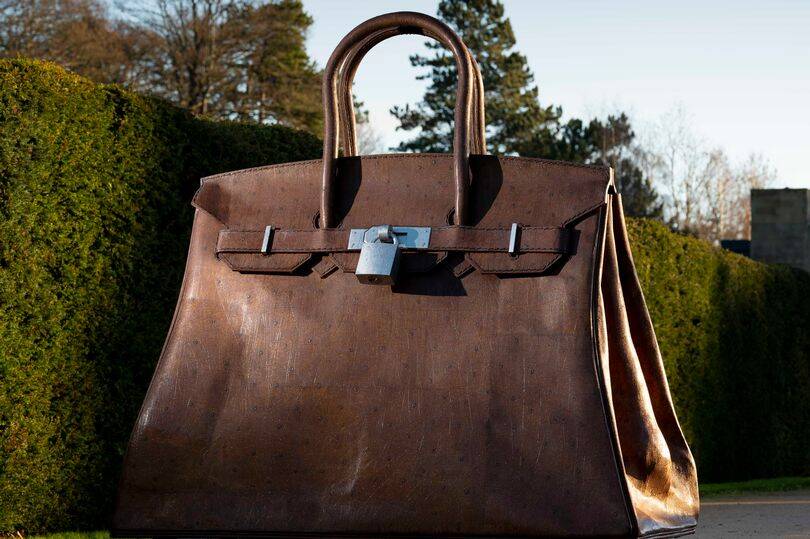