The news of Kim Kardashian’s armed robbery in Paris certainly caught the world’s attention (Read: Kim Kardashian Robbed at Gunpoint in Paris). Everyone continues to question how such a high-profile, constantly guarded celeb became victim of a multi-million dollar jewelry heist. A lot of people have given their sympathy to Kardashian, while others still remain skeptical…and even a bit critical. Fashion legend and creative director, Karl Lagerfeld, has openly voiced his opinion on the situation and places a big portion of blame on Kim Kardashian:

“It’s a very bad thing for Paris, but I don’t understand why she was in a hotel with no security and things like this. If you’re that famous and you put all your jewelry on the net, you go to hotels where nobody can come near to the room. You cannot display your wealth and then be surprised that some people want to share it with you.”

Basically, Lagerfeld condemns Kardashian for being “too public”. Despite the harsh tone of his sentiments, Lagerfeld is not wrong. Security experts believe social media may have been why Kardashian was made a target. On instagram and twitter just days before the robbery, she posted pictures of her new $4 million ring from Kanye. However, others have come to Kardashian’s defense and argue that showing off her jewelry isn’t an invitation to be robbed. Details continue to emerge on the crime. In the meantime though, Kanye has heightened Kim’s security presence.

Don’t worry though, Lagerfeld did give Kim some words of support. He posted a picture on instagram holding a piece of paper saying “Dearest Kim, We are all with you. Love, Karl.”

What are your thoughts on the situation? Share them in the comments below! 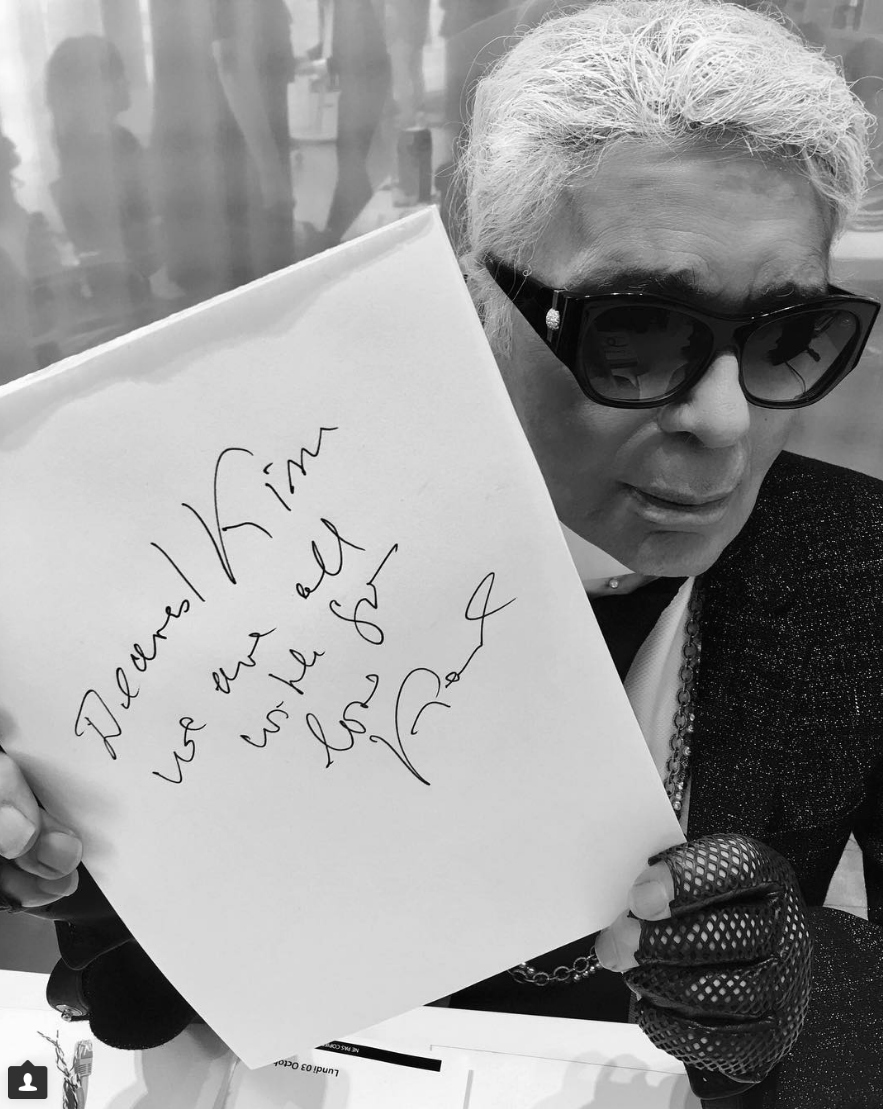 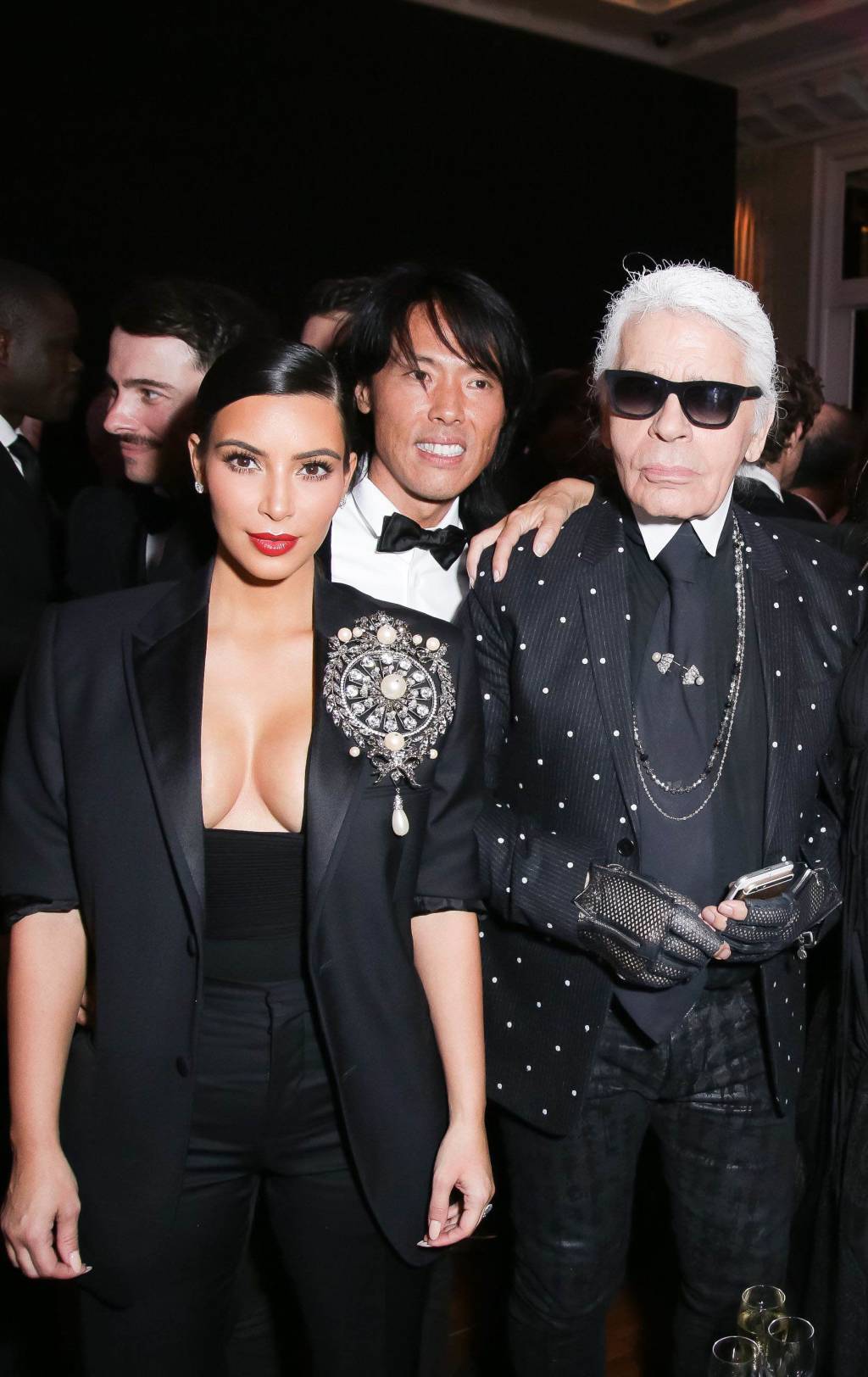 He is so right!!! While we see kim with million bodyguards everywhere, she was without a single bodyguard in paris with jewelries worth millions of dollars !!

I understand what he is saying & it is true – if you flaunt things then thieves can target you, but even so, it is a sad world when we cannot take our beautiful things out. Kim is very showy and advertises her wealth and the cost of things quite openly – maybe she will think twice next time what she packs? In Australia we are told if we travel to Paris to leave the best things home……………so sad.