Would You Buy A Mushroom Birkin?!

Hermès has teamed up with a biomaterials producer to begin experimenting with lab-grown leather alternatives.

The Parisian luxury fashion house has entered into a partnership with MycoWorks, a California-based start-up which makes biomaterials from mycelium, the vegetative part of fungi like mushrooms.

Mycelium, which MycoWorks has patented as Fine Mycelium, imitates the properties of leather to create a lab-grown alternative. The material is grown in MycoWorks’ facility before being transported to France to be tanned and treated by Hermès.

Hermès is set to release its Victoria travel bag in canvas, elements of calfskin and Sylvania (a material developed from MycoWorks’ patented Fine Mycelium) by the end of this year. The bag is set to be available to purchase in the new material, in addition to Hermès’ existing material options.

But the question on all of our minds is – will the house produce a Birkin or Kelly in the new material? Currently, there has been no mention of using the material for the Birkin or the Kelly. But we will certainly have to wait and see consumers’ reactions to the Victoria bag in the material.

Hermès has long been criticized by animal rights groups concerning its treatment of exotic animals which are used for the house’s bags. In fact, Jane Birkin previously requested that Hermès rename her namesake bag, stating that she no longer wanted to be associated with the house due to its cruel practices involving exotic animals.

In recent years, an increasing number of fashion powerhouses have expressed desires to engage in more ethical, cruelty-free and sustainable practices. Notably, Chanel discontinued its exotic leathers back in 2017.

There has been a growing interest in sustainable and vegan leather alternatives. Last year, MycoWorks reportedly received funding from a selection of major fashion labels. And other big names in the fashion industry such as luxury group Kering have also partnered with sustainable material producers which make mushroom-based versions of leather.

Back in 2015, the nonprofit organization PETA gifted well-known Birkin lover Victoria Beckham a vegan-friendly ‘Virkin’ bag in an attempt to make her ditch Birkin bags. The vegan alternative is made from mock-croc and was created by vegan leather brand Freedom of Animals who have no affiliation with Hermès.

But the news of Hermès’ experimentation with lab-grown leathers themselves signals that the luxury fashion industry is becoming more open to these kinds of alternatives.

When speaking about the move, Hermès artistic director Pierre-Alexis Dumas described the house as at the heart of “innovation in the making”. 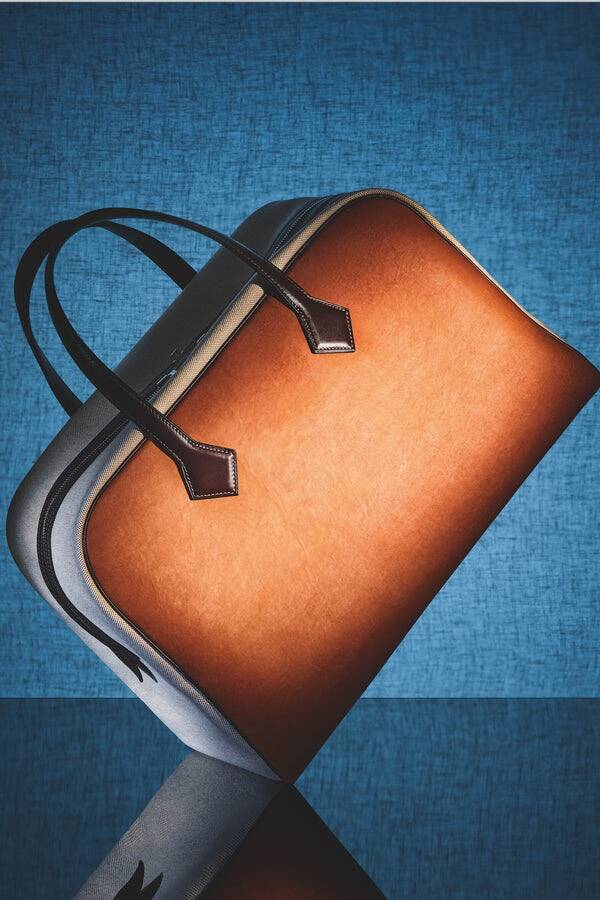 News Birkin   Hermes
Back to BopTalk
Share
Your Reply

Non, non, et non! For well over 100 years, Hermes has been famous for their exquisite leathers. Companies are now under pressure to do everything in an eco friendly/animal cruelty free way, but I’d rather do my part by buying in the secondary market. I do not want a bag made of soylent green!

At the price point of Hermes, I don’t think I’d purchase a “mushroom” bag. Stella McCartney bags are lovely, but I don’t understand why they are the same price as a bag that is actually leather. I feel like bags manufactured like this should be at a lower price point.