So let’s recap London ??☝?️ I got to see one of my dearest friends ? and thanks to her scored an Evelyne III Clemence in Etain ?✔️ Now off to Paris ?? and the #hermes mothership ? ???

We arrived in Paris? on Tuesday May 24th and after settling in to our cozy hotel which was conveniently located between Avenue Montaigne and George V, we began our Paris adventures with some lunch ??and shopping ??. L’avenue?was right around the corner and we took a cozy seat by the window, perfect for people watching ? while sipping champagne ? and feasting on delicious food. With our appetites satisfied we were now ready to move on to all the boutiques. I must admit I lost track of time (I blame all the champagne ?? hehe) because by the time we reached the infamous Hermes Mothership ? it was almost 4:30 and I quickly made my way in. A friend had given me a name of her SA that was quite helpful and friendly on her recent visit and so I asked for him by name and was escorted to the back of the boutique where the hostess informed the young lady managing the queue who I was there to see. To my surprise the line was very long, I remembered waiting on a similarly long line on our last trip in May 2015 ??. I was pleased when the hostess informed me that the SA would be down to see me in 5-10 minutes and told me to wait off to the side. PHEW✔️ no queueing up this time. With anticipation of his arrival, I was going over my wish list in my mind while simultaneously watching the line … I saw countless Birkins and Kelly’s adorning the arms of ladies patiently waiting and hoping to make the ultimate score.

And just like that he was there – smiling and asking me to follow him to a different counter where he quickly pulled out his notepad ? and asked for my wish list ✅. Truth be told, my wish list was very precise ✔️. A recent article by our fellow bopper @kuggz resonated with me on many different levels (she details her “only 10 handbags” and the journey to find her perfect handbag ???family). I tend to stick to the same philosophy and want to curate a collection that is practical as well as timeless. A red Kelly is a MUST in my collection I felt ❤️?. Yes, it is a beautiful pop of color but it can also serve as a stunning neutral (just my humble opinion) ☺️. So, with red Kelly Retourne at the top of my list, I also mentioned a red Birkin 30 would be an option. Other honorable mentions were a KC and KP in Epsom in a wide array of colors, preferably red. He immediately offered me a red Medor with PHW, which I politely declined ❌. With my wish list in tow and in the blink of an eye he whisked away and I was left once again in the company of my own thoughts and ideas ???. I imagined him coming back with a big orange box ?but……empty handed he made his way back to me after what seemed like an eternity. “So sorry, Madam but there is nothing in Kelly 32, 35 and Birkin 30, 35 right now. I won’t be back in the next 3 days, but will be back Saturday morning “… I was profoundly disappointed ? especially since that’s when my mother and I were departing Paris! He quickly encouraged me to come back in the next few days as they would be getting new stock but I wasn’t sure I would be. As much I wanted to score a bag from the FSH, this vacation was a special time with my mom who is my best friend and I didn’t want my time there to revolve around waiting in queue, timing my visits, etc ?❌

And so I didn’t go back. Next day was dedicated to Chateau de Versailles which took up most of the day… It wasn’t until 5 o’clock that we were back by our hotel and on a whim we strolled into Hermes Gerge V ?? It was squirming with people, and so we waited for a SA. I finally saw a sweet young lady who introduced herself and asked how she could be of assistance. My mom was asking for a few belts and I reluctantly mentioned my dream of a red Kelly and the clutches. She said there were currently no KC or KP but offered a Jige in Bamboo ? and Blue Izmir? and I agreed to look at both. As my mom was trying on her belts and I was examining both Jige clutches, I continued to inquire about a possibility of her having something in a coveted red shade❣ I noticed her taking notes and I reiterated my desire for a K32 Red with PHW, but mentioned I am a little flexible with size and HW. She invited me to come back the following day and I promised I would try my best after we were done sight seeing for the day. The little lady walked off to wrap my mom’s belts and I made my way over to the register. As we were checking out, she magically appeared next to me and softly said : “I have a red Kelly for you if you would care to see it.” Care to see it ⁉️? What⁉️ Was she serious, I thought? I was screaming in my head -“But of course ‼️‼️ I followed her up the stairs to a quiet area where a beautiful orange box ? was waiting – she then opened it and I must be honest…. I was excited and slightly disappointed at the same time ? (I’m sure many of you can relate to this feeling!). The red I was hoping for was Rouge Casaque, but it was Rouge Tomate I was destined for – nevertheless, a beautiful red with a tinge of orange and GHW – simply stunning at the very least ❤️? I must have been smiling!!! It was all a blur after that because next thing I know I was walking down the block to my hotel with a huge orange bag in tow ????

I want to thank ???? each and every one of you for reading and sharing in my joy! Until the next reveal – I hope it’s soon! ❤️ 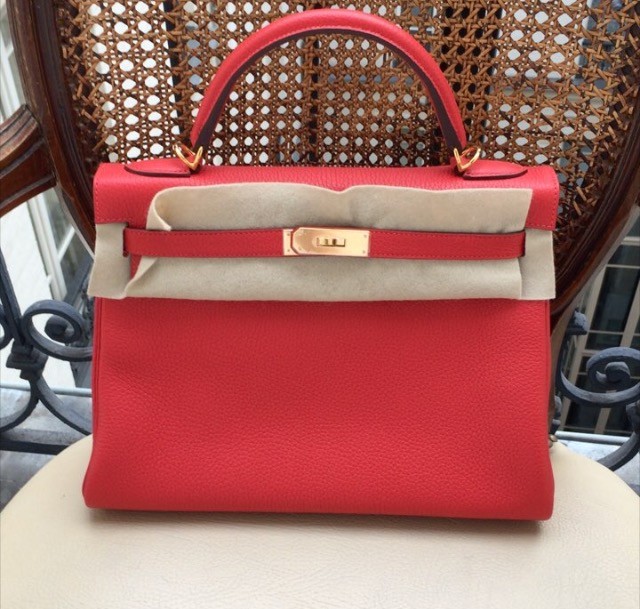 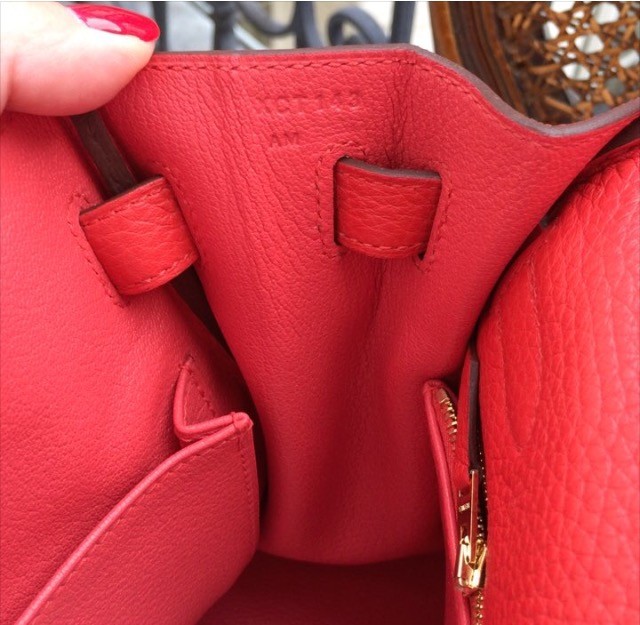 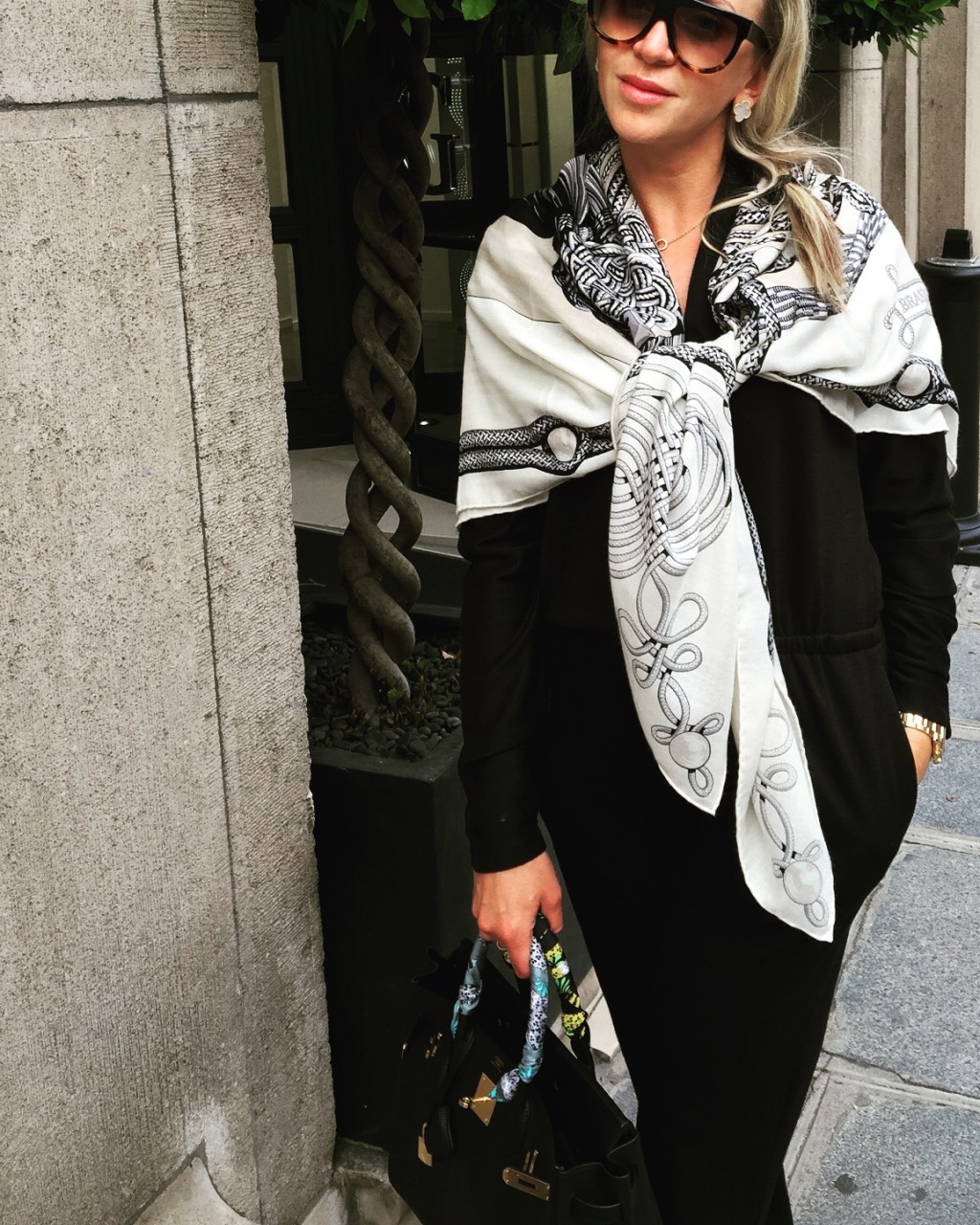 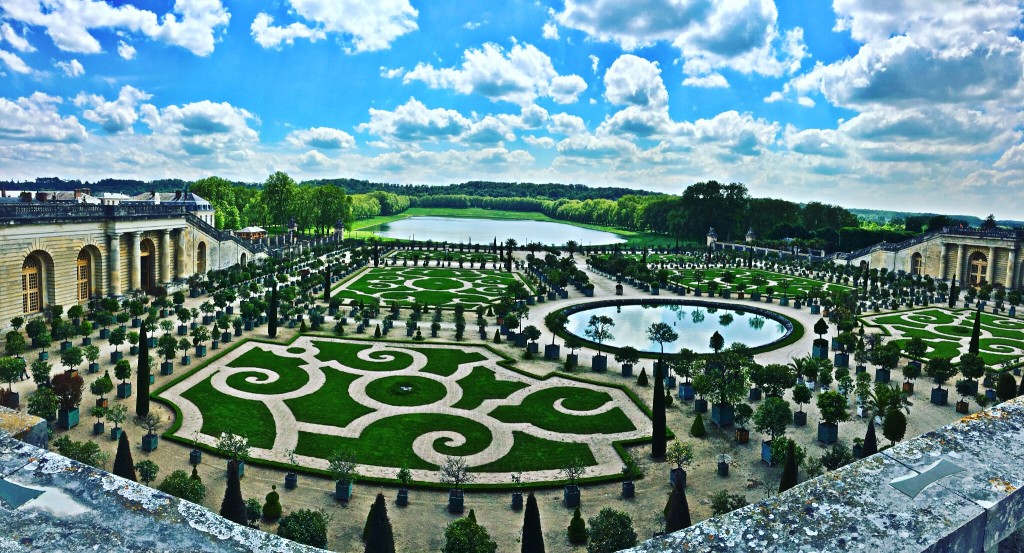 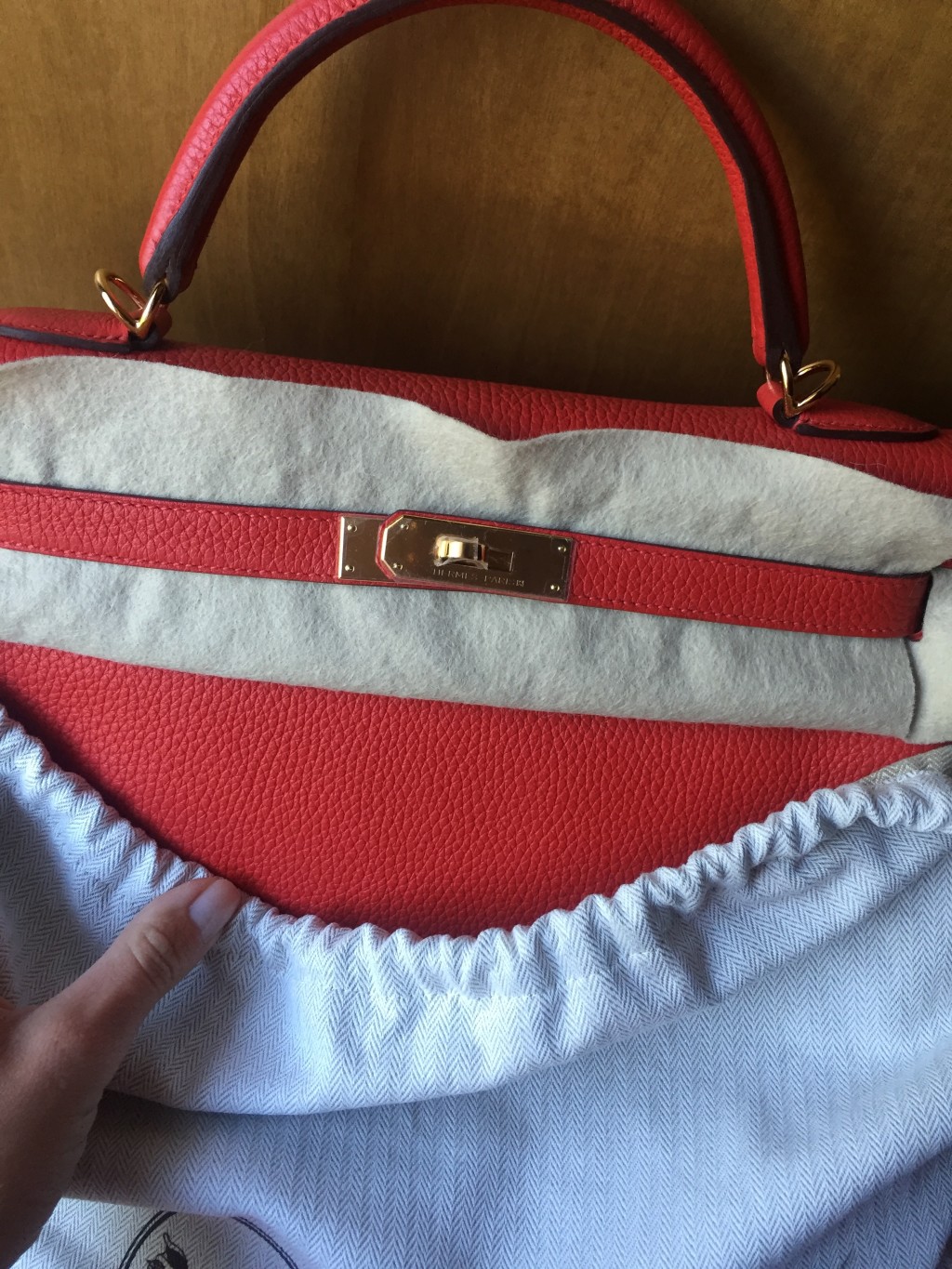 Hermes   Show It Off boptalk
Back to BopTalk
Share
Your Reply