20Minutes.fr and The Guardian have reported today that a network of 10 people which consisted of former Hermes employees (including artisans) were taken to court over the forgery of the maison’s prized bags which included the birkin and the kelly.

Reports from the sales of those fake Hermes bags pegged profits in excess of €2M from 2013 to 2014, with some of the bags sold for above €20,000 each. This well- organized network (with the accused aged between 30 and 61) was accidentally discovered by investigators after bugging the apartment of a man suspected of selling stolen bags from France to customers in Asia. Conversations from that investigation yielded information about the existence of a “secret atelier” that manufactured these fake bags.

Three friends conceptualized the fake bag production, two of whom had worked at Hermes, while the third handled crocodile skin imports from the Lombardy region in Italy, which was also where the copies were manufactured. Prosecutors told the court three friends had originated the fake bag production, two of whom had worked at Hermès, while the third handled imports of crocodile skins from Lombardy in Italy from which the copies were made. The accused were charged with stealing “leather offcuts, tools, zips, and ‘seconds’ that were [meant] to be destroyed to help produce the bags.” One of the suspects shared the skills he acquired by aiding in the cutting of skins, while another shared knowledge on saddle- stitching and “turning of the bags.” Another was tasked to sell and collect specific orders from Asian tourists. Only one suspect was not present in court, as he currently resides in Vietnam, though an arrest warrant is out for him. The ex- Hermes employees are also being prosecuted for breach of trust.

There is no report on whether the fake bags were confiscated, or whether the bags sold were retrieved or are still “at large” and with unsuspecting buyers.

(Information consolidated by @thebaghag, with reports from Kim Willsher of The Guardian and Thibaut Chevillard of 20minutes.fr) 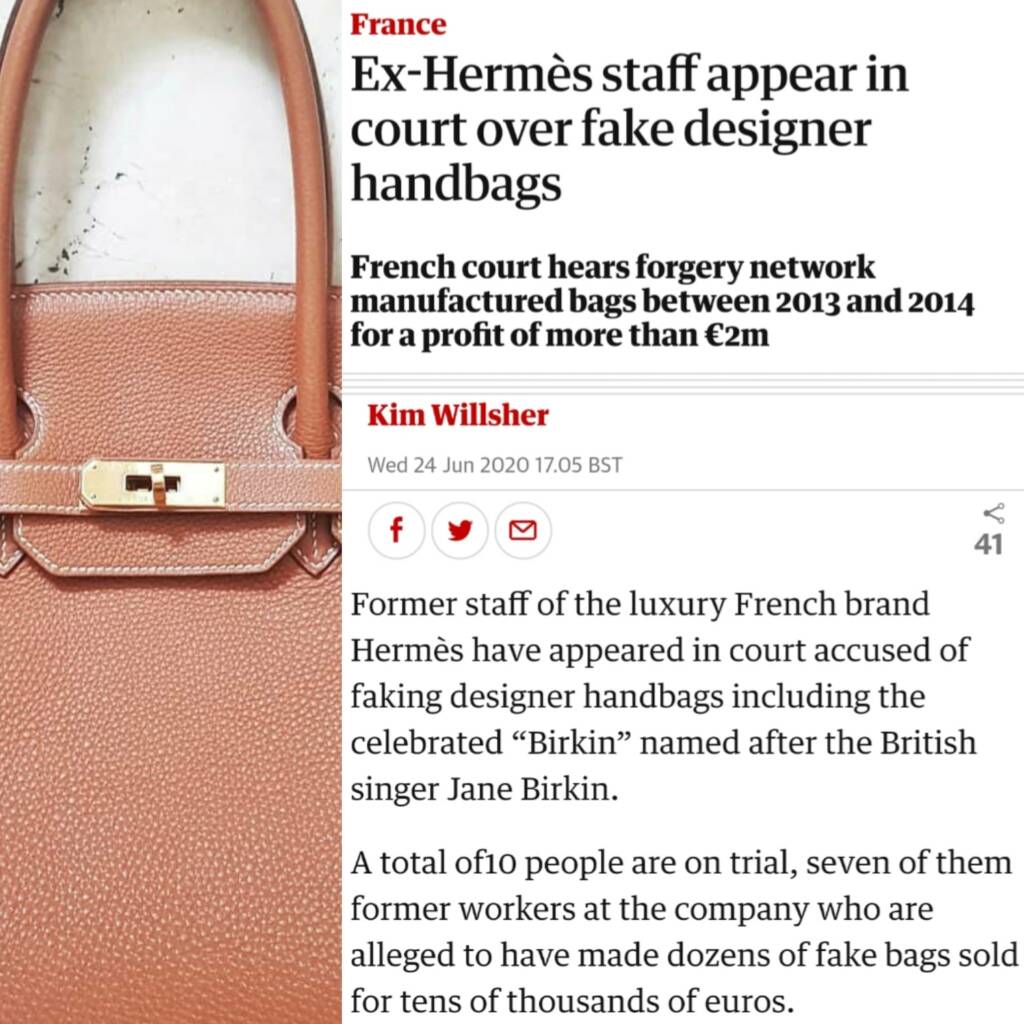