Just imagine returning home to your apartment after several months away and discovering more than $713,000 worth of bags, jewelry and furs missing. That’s what happened to a Saudi princess.

Among the loot taken were around 30 Hermès handbags, reportedly valued between $12,000 to $30,000 each. In other words, more than half of the stolen goods were Hermès handbags, presumably Birkins and Kellys.

A suspect is in custody and it would appear to be an inside job. Parisian police arrested a man who had been staying at the Princess’s apartment since August.

As for the princess, whose identity has not been revealed, she was hospitalized for shock.

Now, we can’t help wondering where those 30 bags are. Who’s got the hot merchandise and what happens next? Of course, it also continues to prove that our handbag collections remain valuable assets. 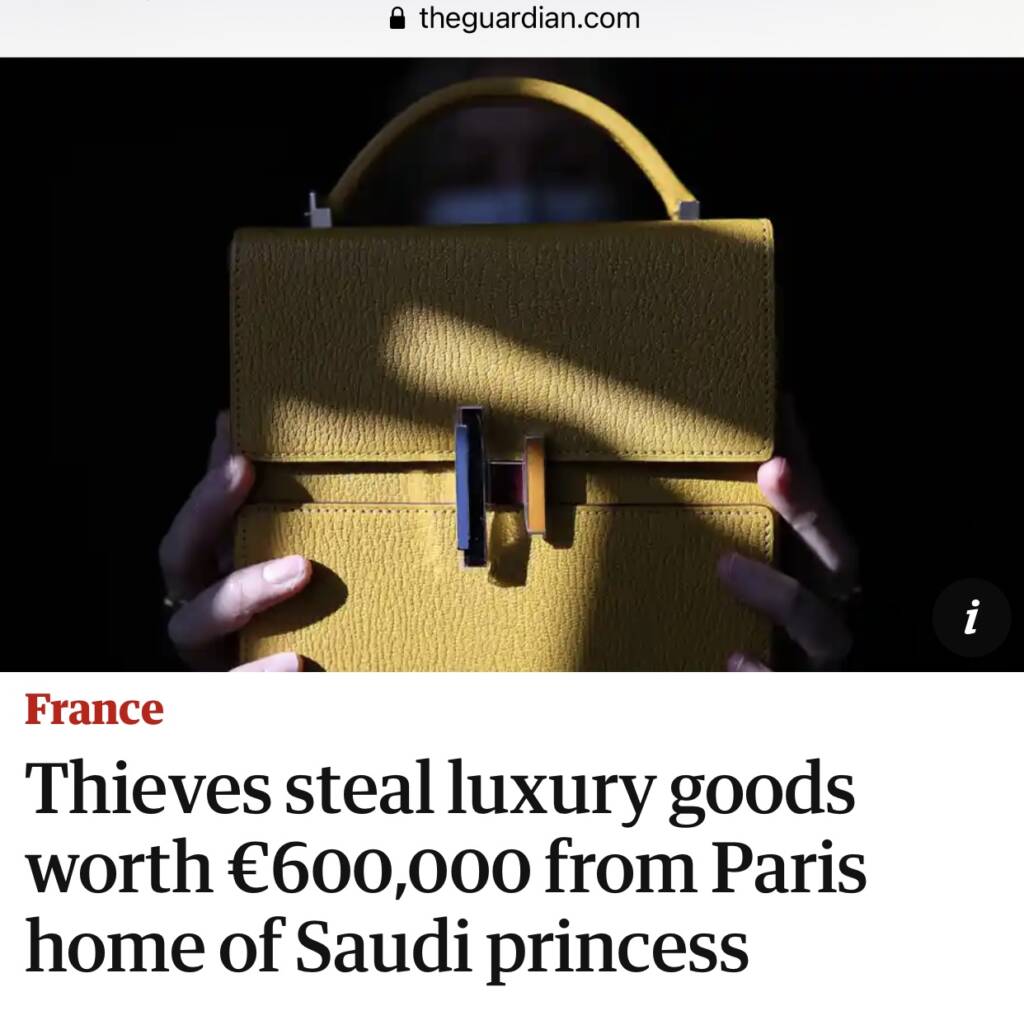