I am so excited to be able to get my first Constance for my birthday!!
So here’s the story:
My husband and I went to my usual Hermes store yesterday to see if they have anything new and like always, it has nothing. My SA was there and came to say hi. He asked if there’s anything I was looking for. My husband said not much. The SA apologized becoz there’s not much at the store but he said we could also tell him what we have in mind and he could help us keep an eye on items we want. So I just asked “oh, do you have any Constance now?” He replied saying he would take a look inside. After awhile, he came out with a box but he mentioned it’s a croco in burgundy color. I was a little disappointed but I wasn’t feeling too bad becoz I went in expecting nth and I wanted my first Constance to be in swift or Epsom. So I told him no and we left for movie and dinner.

Since he said we could tell him a list of items we want, I typed out a list to him and sent it to him, expecting no replies until maybe a week or so later. When we just just started dinner, he texted me and said he found a Constance for me in my favorite blue color and in ghw but it was size 24. He was afraid that it might be too big on me. I immediately texted him back saying we could come to take a look before they closed.

When I arrived the store at around 9:30pm, he quickly came out from the storeroom with an orange box. It felt like time stopped for a second while he was opening the box. The Constance 24 stood in front of me and it was beautiful! I didn’t hesitate and said yes! The color is bleu agate, which he said is a new color.

I am so happy to be able to get my first Constance on my birthday!

(Sorry, the picture didn’t do justice to the beauty, will definitely post again with better lighting!!) 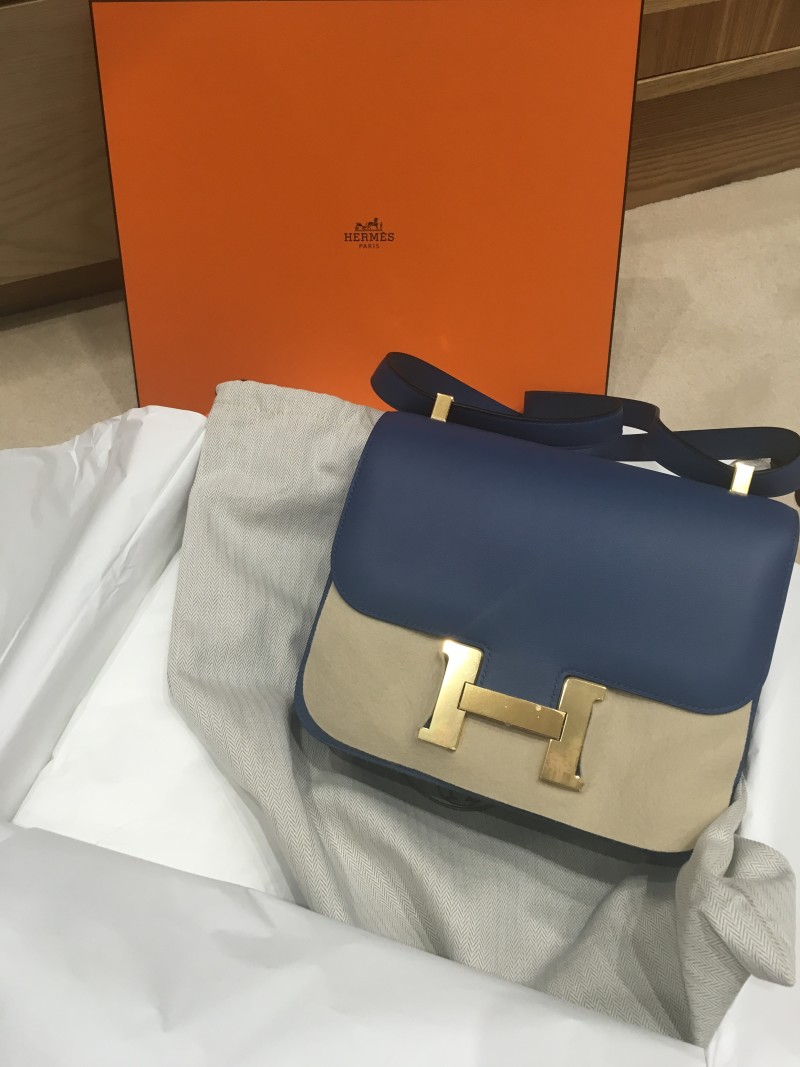 Show It Off Constance   Hermes
Back to BopTalk
Share
Your Reply

Many birthday wishes Debb and congrats on the color! I adore blues abs I know you’ll love this for many years to come!! ????

What a bag! Wowza. Constance is TDF, you are a lucky girl…thank you for sharing your lovely birthday story & a very happy birthday to you from your PurseBop family ?