Thus far in September 2022, for the second month in a row, CBP officers seized three shipments of fake jewelry, primarily coveted Cartier pieces. CBP reports that the three shipments intercepted in September, if real, would have been valued at about $10 million.

On September 6, 2022, CBP seized a shipment that originated in Hong Kong and was heading to Illinois with 700 counterfeit Cartier Love bracelets. CBP says these items had a suggested retail price of nearly $9 million if they had been authentic.

That same night, CBP officers discovered two more shipments of counterfeit goods from China. One contained 60 Cartier bracelets and rings as well as other jewelry branded Gucci, Louis Vuitton, and Bulgari. It was en route to Colorado. The other shipment had four Cartier Love bracelets, some with purported diamonds, and was heading to New Jersey. CBP says the combined Manufacturer’s Suggested Retail Price would have been $1.96 million, if genuine.

These September seizures in Cincinnati follow similar events in August 2022 where CBP found three shipments of counterfeit jewelry and watches valued at $6.88 million. On August 4, 2022, a shipment that originated in Hong Kong and was destined for Richmond, Virginia was seized. The package stated a value of $319, and contained 275 purported Cartier Love bracelets. If genuine, they would have been worth $3.27 million.

That same night, CBP stopped another package from Hong Kong containing 385 yellow gold Cartier Love bracelets and 115 white gold rings. If authentic, these 500 items would have been worth $3.2 million.

The following day, CBP officers nabbed a shipment of 13 fake Rolexes – 10 Cosmograph Daytona and three Yacht Master II – on their way to Texas. Retail value for these real items is over $405,000.

As always, CBP warns U.S. consumers about the dangers of counterfeit goods:

CBP has established an educational initiative to raise consumer awareness about the consequences and dangers associated with purchasing counterfeit and pirated goods online or in stores. More information about that initiative is available at http://www.cbp.gov/fakegoodsrealdangers.

For more ways to protect yourself from counterfeit and pirated goods, visit https://www.stopfakes.gov/.

Over 10 Million Fake Cartier and Various Jewelry Seized in Cincinnati

Weekend Haul $688 Million Worth of Fake Jewelry and Watches Seized 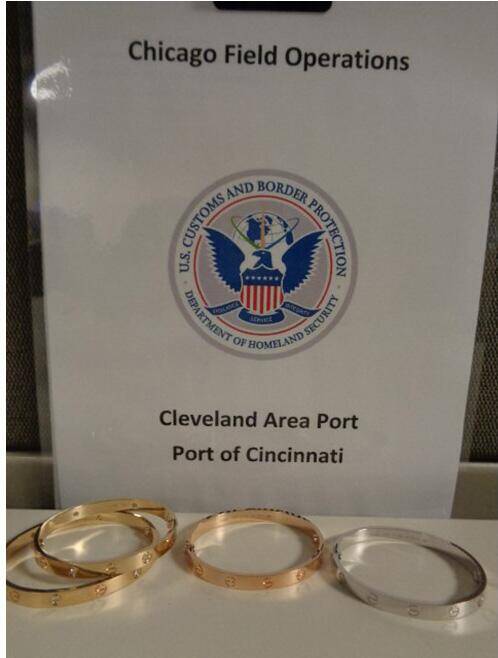 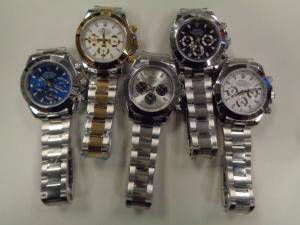