We would love you to share your Hermes Special Order stories and pictures with us.
Use hashtag #PursebopsHermesSOseries 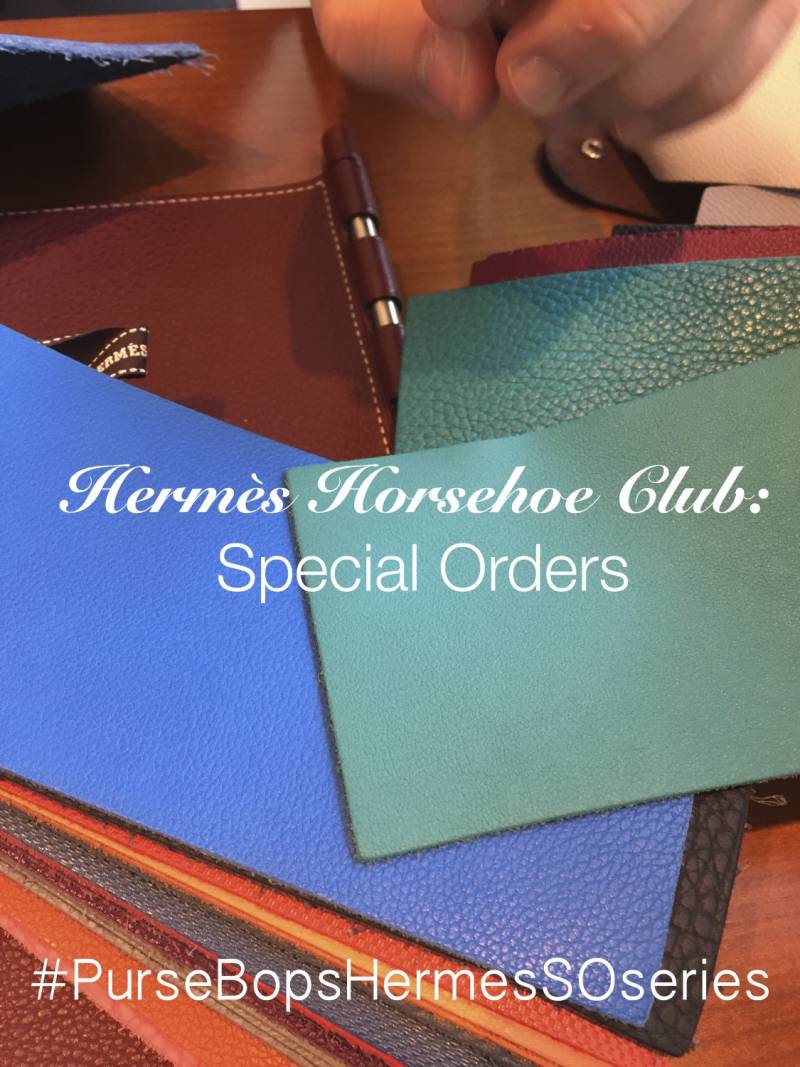 I got the email offering me a chance to submit an Ala Carte order the morning after a successfully defended my PhD. I’ve never had a hangover disappear so quickly. I had started playing with the idea of a Birkin for me a few weeks before. Shortly after that I went in my local Hermes to build it. I knew it was going to be a Birkin and I had been trying on different sizes; from which I knew Birkin 40 was the only size on me that didn’t look like I was carrying my mother’s bag!

Next was the Colour shortlist for Ala Carte orders. One might think you can free rein with the Hermes leather store but alas no – one can but dream. Special Orders are a dance between colour preferences and leather choices and availability at any given season. Over the last 3-4 years my collection has really taken shape and I’ve been primarily collecting Blues and Greys. I thought of the SO as the natural crescendo of the Blue and Grey Era (I’m beginning the Rouge Era shortly, FYI lol). So the colours were the blue and grey family.

We played around with Bleu Electrique and Etoupe and I had no intention of changing anything but the interior colour. These Special Orders can become infamously crass and tacky very quickly. About 40 mins later and with a Bleu Nuit Jypsiere and the leather books in the store window with my SM the decision was made – Birkin 40 Version 1 in Etain Togo with Bleu Nuit interior and exterior piping, Brushed Palladium Hardware and tone-on-tone stitching.

**I did request one thing that not on the Ala Carte Menu** I asked the Atelier to use Togo with zero veining. Although the veining of Togo and Clemence leathers are not considered a flaw, I prefer a small peddled Togo rather than having a “lightening strike” across the front or back panels. I thought this would be particularly noticeable on a B40 , where the front and back panels are quite large. The Atelier obliged and I can truly say that it is a flawless skin.

9 MONTHS to the day my Special Order was delivered and I literally did a happy dance in my living room after reading the email. I had literally been in store two days earlier and my SM was explaining that it’s down to leather availability and not all SOs for the store arrive at the same time (a few of the other clients offered had found out about each other at an event and naturally we got competitive LOL). That night’s sleep was splintered with dreams of tiny multi-coloured Birkins and me faking enthusiasm.

I picked it up the next day and with a glass of bubbles my SM revealed it. There are no pictures of the moment because it went in a blur. It was flawless. Looking at it, it was even more spectacular than I had day-dreamed it would be – and I had re-read the Ala Carte Request .pdf a few times a weeks for the 9 months. It was a Birkin a guy could carry. It was special – without being too special – and it was definitely within the ethos of Hermes.

Love this article! I haven’t yet been fortunate enough to be offered a SO. But this guide clears up a lot of the questions I had about the process. I’ll be prepared when the day finally comes!