Want to keep your possessions safe in style? Hermès and Apple have the answer with their latest joint venture – AirTags. Unveiled at Apple’s Spring Loaded event earlier this month, the Apple AirTag Hermès is a bluetooth tracking device which can be located via the Find My app on an iPhone.

But what makes it Hermès? The devices are encased in a selection of leather accessories which can be attached to any of your possessions, like your Birkin perhaps! The AirTag is available in the form of luggage and travel tags, a key ring and a bag charm.

The AirTag is available in Barénia calfskin or Swift calfskin in a selection of three colors – orange, bleu indigo or fauve.

The new tracking devices are embossed with ‘Hermès Apple AirTag’ and feature the iconic Hermès Clou de Selle logo. Paying homage to the brand’s equestrian roots, the design was inspired by Hermès horse-racing token holders from the early 1900s.

At Apple’s Spring Loaded event a new range of straps for the Apple Watch Hermès was also announced, along with new Barénia calfskin cases for the Phone 12 and iPhone 12 Pro.

These are the latest releases in the growing partnership between Apple and Hermès which began in 2015 with the launch of the coveted Apple Watch Hermès. The partnership has been dubbed by both style and tech afficandos as the best of the fashion and tech worlds combining.

With the alliance still going strong six years later and a growing number of products bearing the name of both powerful brands, it looks like we haven’t seen the last from this collaboration.

What do you think of this latest fashion meets tech collaboration? Will you use the new Apple AirTag Hermès to track your expensive items and luggage? 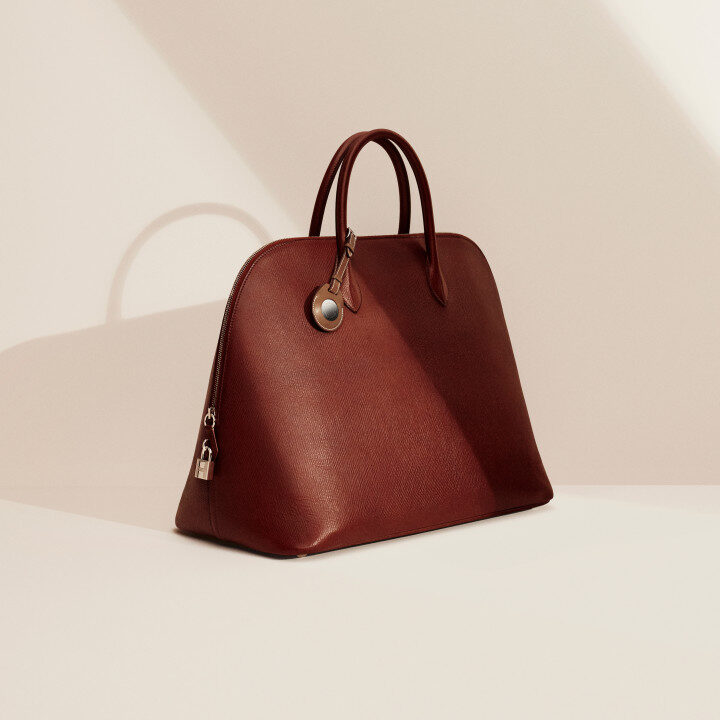 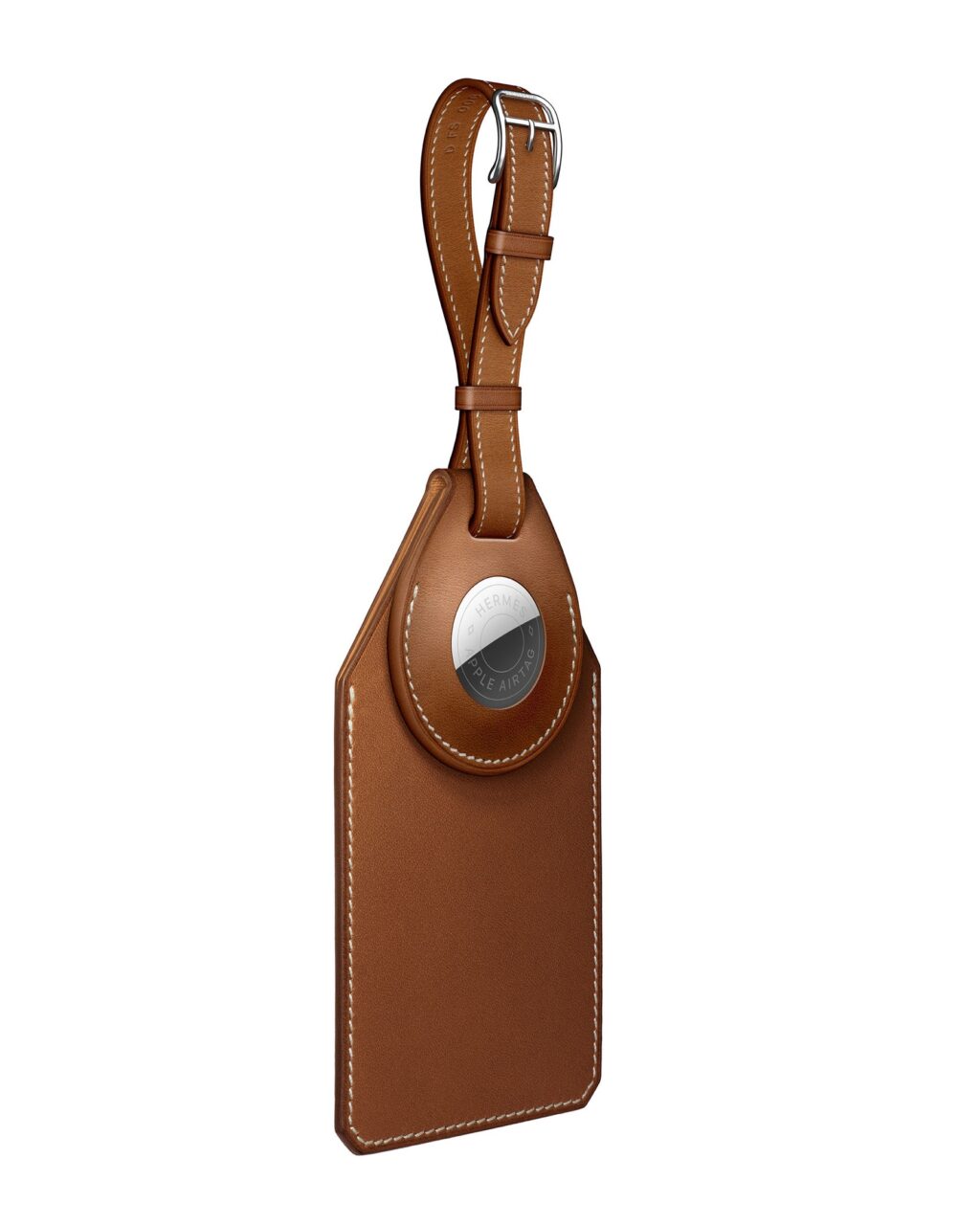 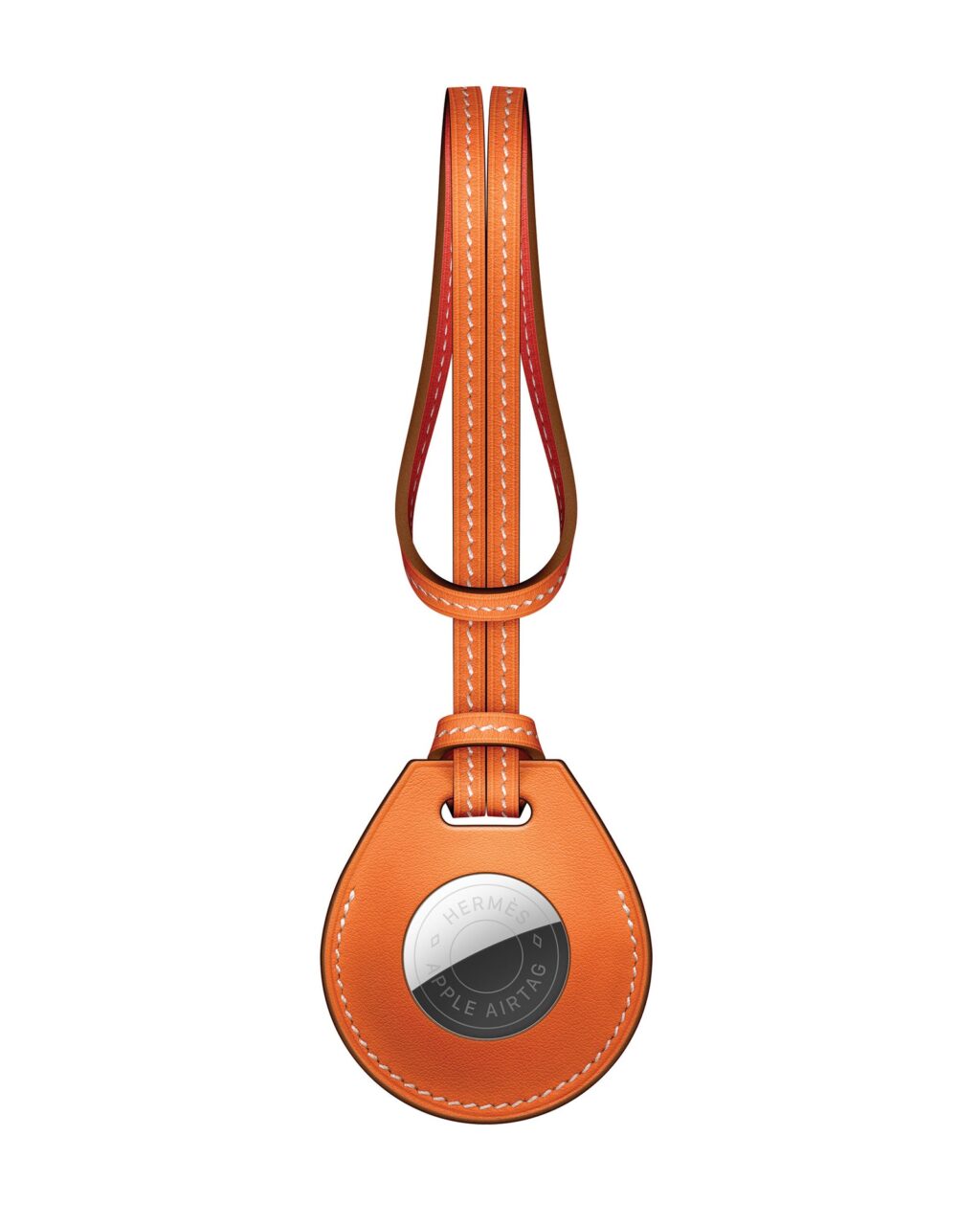 Cute idea, but I can get the same thing from the Apple site for $29.