An alarming story published yesterday in the WWD and reported by the Robb Report detailed how a Louis Vuitton employee from the Guangzhou store had allegedly sold LV bags (ahead of their launch) with significant markups to counterfeiters, giving them ample time to reproduce good copies of the real deal in time for the official release of the new models.

Vuitton has been dedicating their efforts to increase anti- counterfeiting measures with the launch of the Aura platform last year (as reported by Vogue), “developed in partnership with Microsoft and technology company ConsenSys,” to help customers “track the life cycle of an item to provide proof of origin and prevent counterfeits.”

Louis Vuitton has not yet embedded this technology into their bags at the moment, but “other luxury labels such as Moncler and Salvatore Ferragamo have used these chips as futuristic signs of authenticity.”

Remains to be seen if this technology will really deter counterfeiters, but I suppose this is a step forward for brands whose bottom lines continue to be affected by the proliferation and sales of fake bags bearing their logos and names. 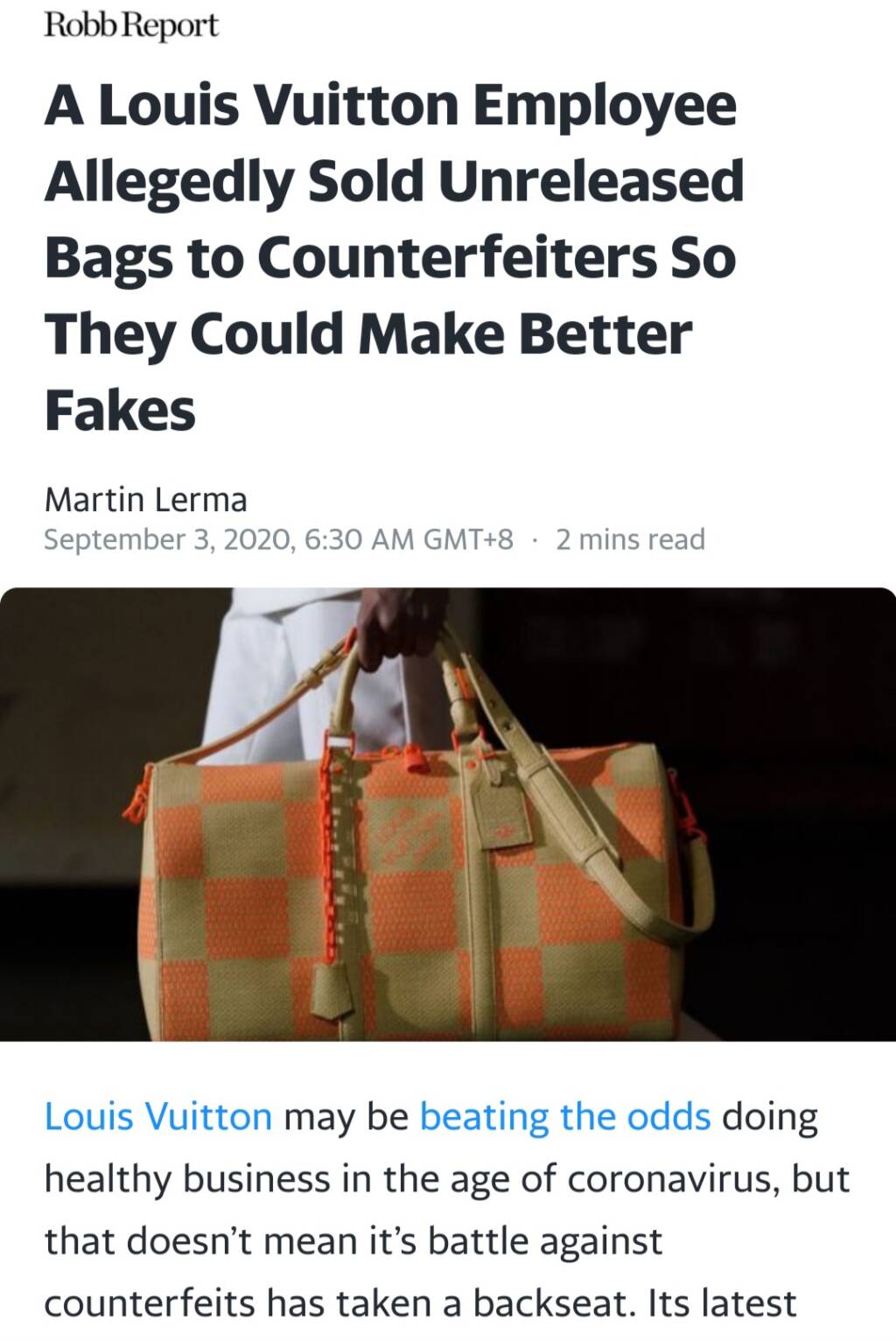