2023 is off to good start for Bernard Arnault as he is named the richest man in the world.   Arnault, the chairman and chief executive officer of LVMH Moet Hennessy Louis Vuitton brand, is worth an estimated $181.8 billion dollars.  LVMH controls important fashion brands Louis Vuitton, Dior and Givenchy, as well as multiple firms in the wine and spirits category including Moet & Chandon and Veuve Cliquot.

Long included in the list of the world’s richest men, Arnault officially took the top spot this year after Elon Musk’s net worth tumbled by $107 billion this year according to the Bloomberg Billionaire’s index, landing at $164 billion. Musk’s fortune further tumbled in 2022 making the decline $200 billion by year end. In contrast, Arnault’s net worth also diminished this year, but only by a meager $7 billion.  (Please note these numbers fluctuate daily.) While Tesla’s share price has tumbled this year, LVMH has held steady, buttressed by a solid year in the luxury market, especially in the United States and Europe – thank you PurseBop community!  As stated in Forbes magazine, “LVMH and Arnault represent the remarkable rise of Europe’s luxury and fashion houses during the [Covid] lockdown.”

The French born magnate started off in his family owned construction business but soon expanded into textiles.  He has been an important player in the high stakes fashion industry since 1984 when his investment company bought control of a textile group which included the legendary fashion house of Christian Dior.  He bought a controlling stake in LVMH in 1989 (two years after the Louis Vuitton and Moet Hennessy merged) and has been chairman and CEO ever since.  LVMH has grown exponentially under Arnault’s stewardship and now boasts 75 labels, many of which are well known throughout the world.  After a litigious and contentious 2021 transaction, the world famous Tiffany & Co. is now under the umbrella as well.

We are happy to report that Arnault (and LVMH) are also very active in philanthropy, including a $212 million donation in 2019 to help rebuild Notre Dame after the devastating fire that ripped through it in (year)

As a feather in his cap to end this banner year, Arnault recently acquired Leonardo Da Vinci’s former home in Milan, Italy.  Built in 1490, Casa degli Atellani, now a landmark in the city center of Milan, was previously owned by the Conti and Portaluppi families, and it is where Leonardo Da Vinci lived while painting his legendary work, The Last Supper.  The architectural jewel went through a 2014 restoration which includes a two acre vineyard and six separate apartments.  It opened to the public in 2015 during the international Expo which was held in Milan.  Casa degli Atellani has hosted fashion shows and other glamorous events such as presentations for Swarovski and Dior.  At the time of this article, the actual monetary value of the transaction has not been disclosed.

The best news, dear PurseBop readers, is that the six apartments in the Casa degli Atellani are available for short term rentals.  Who is ready for a girls’ trip with me? 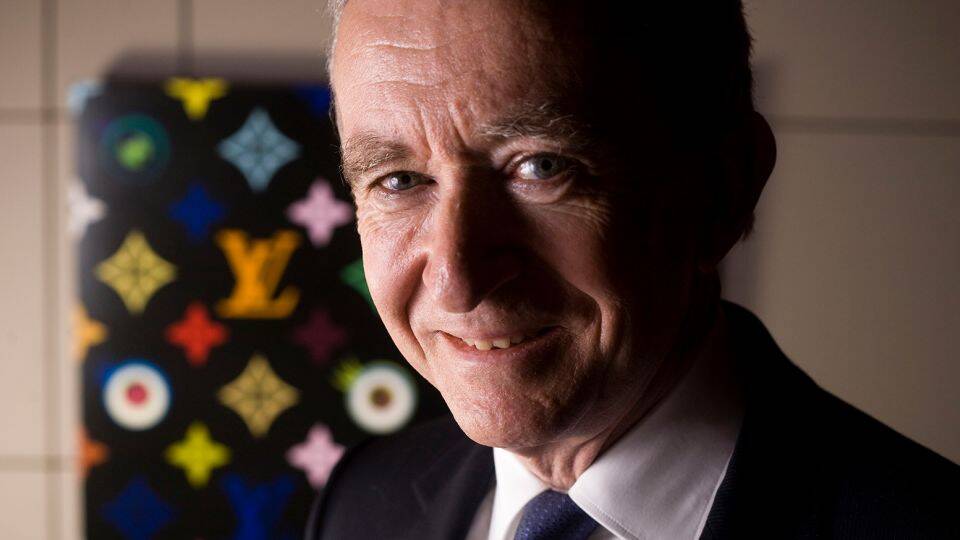