We are Epsom leather fans and we’ve been waiting so long for a new Epsom-like leather. This morning we came to know that there’s a new leather that’s very similar to Epsom leather in structure with a slightly different pressing pattern (thanks to @speciale._ and @157spots).

Volynka, Russian leather which is Hermes’ new pressed leather, has been seen on two bags displayed on Faubourgs’ store window.
According to Hermes, the Russian leather was first known in Paris by fragrance makers who were mesmerized by its warlike scent; it has an ageless character which made it used in the making of boots, interiors of carriages and book linings. This leather’s downfall was caused by the October Revolution.

In 1990, Hermes used the leather in the making of the Kelly bag and the Sac Depeches bag. In 2011, Hermes decided to study the remake of this leather on their iconic items, they formed a team to study the natural and methods of creating and using this leather. Six years later and after acquiring professional hand skill and knowledge, Hermes created their Volynka leather making process at their tannery.
“Oak bark is gathered by the barrowful and ground, skins are plucked by hand, one by one, on ancient stands. These arrive unprocessed, thick with salt. First, they are given a facelift in a bath of lime and freshwater. Before they can be dried, split, stuffed (steeped in oils) and nished, the skins then spend five months in a vat, soaking in a secret tree-bark solution – a mixture of vegetable tannins.”

The tanners use their nose to judge and decide whether the leather is ready to be used or not. This leather is well known for its strong scent as described by Sophie Mouquin: “exude a mixture of lapsang souchong, cigar and peat-rich whisky, the unique odour that is its signature.”

Hermes follows a hefty and time-consuming process of creating an iconic leather that is packed with so many historical moments. Handbags that are made using Volynka have an artistic depth and signature characterized by the Russian heritage and a European era. We are dying to add a Volynka handbag to our private collection.

Customers Feedback: according to a Andereas Frank’s review on his Volynka bag, the bag’s smell is quiet strong and may cause items carried inside to have an odor similar to that of the natural leather. 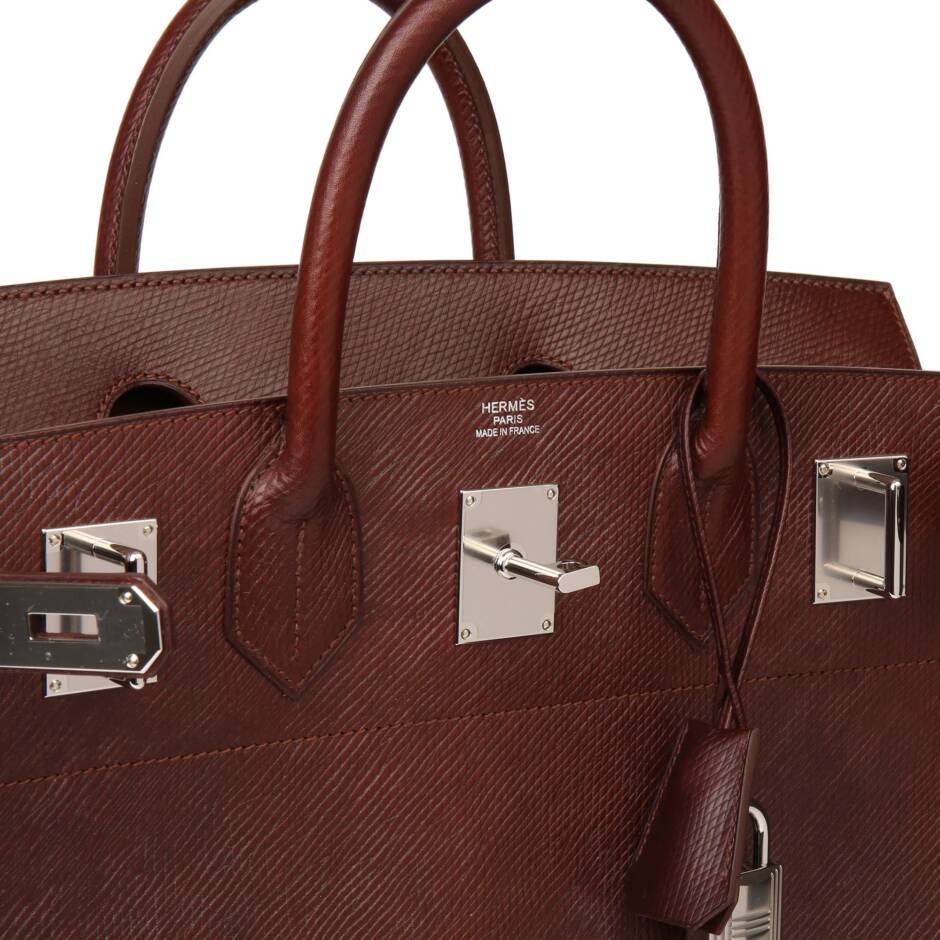 More photos, we love the brush it comes with ❤️ 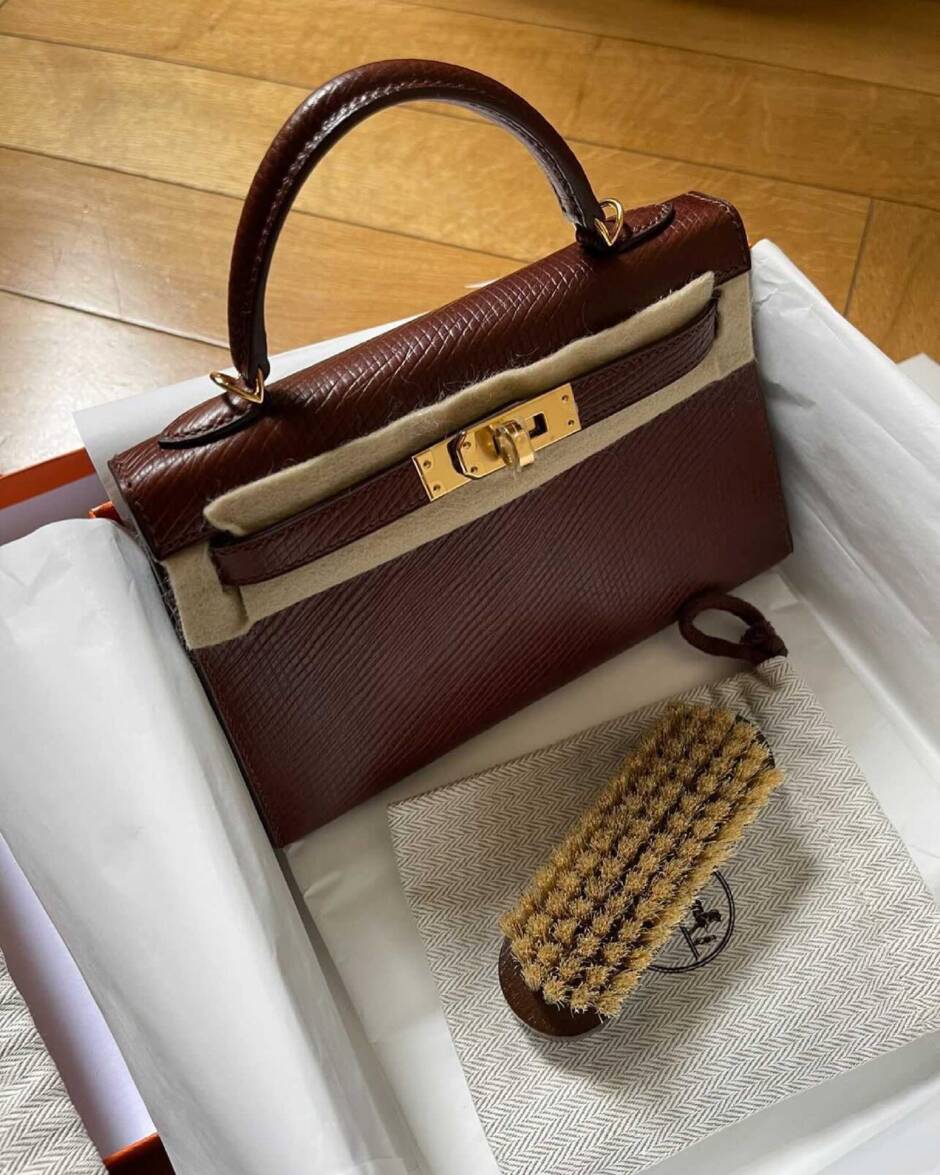 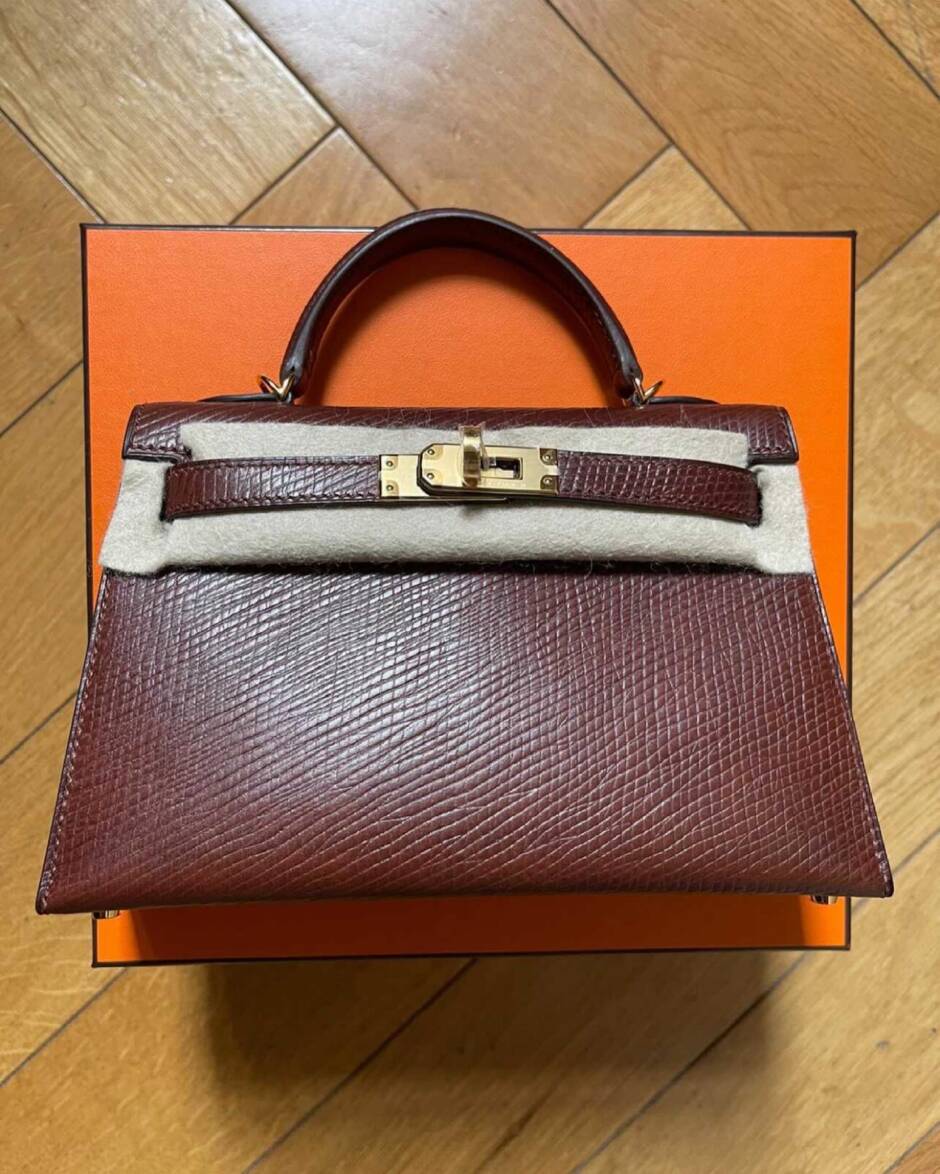