After receiving swift backlash on their most recent Pradamalia design’s resemblance to racist imagery, Prada has issued an apology and pulled the latest collection of figurines. The doll causing offense is reminiscent of the traditional blackface styled after the Little Black Sambo and similar racist caricatures. For those unfamiliar with the name, the character is known for its over-exaggeration of African facial features and was incredibly widespread during the Jim Crow era. However, it doesn’t take an expert on civil rights and American history to recognize the offensive aesthetic.

It seems like we’ve been having the conversation on why blackface is wrong over and over as celebrities and influencers continue to make the same old racist mistakes each Halloween. The issue already being a part of public conversation, outrage sparked quickly online, with both #prada and #boycottprada trending on Twitter.

Prada has denied racial motivations in the design of the doll, and states that no one intended offense. However, the question is being asked as to why no one on Prada’s team caught the racial implications. The online conversation moved on to discussing more people of color in higher roles on Prada’s team, as this product receiving a greenlight shows a lack of cultural perspective from those in decision-making roles.

A lot of shoppers have condemned the brand, saying that they won’t be buying Prada anymore. What are your thoughts? Do you think Prada has done enough to warrant forgiveness in pulling the line, or should more steps be taken to ensure that they are more sensitive to cultural and racial issues? 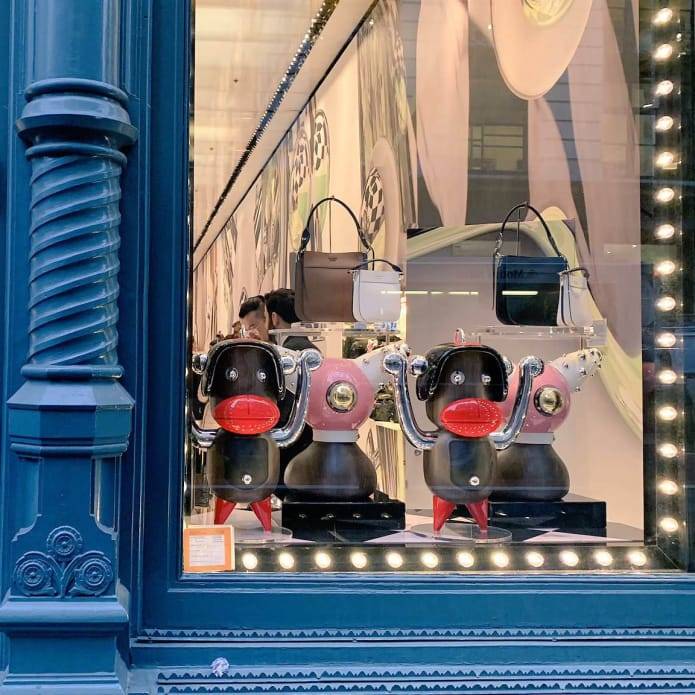 News #news   Prada
Back to BopTalk
Share
Your Reply

Lately is was a controversy about Dolce & Gabbana, now Prada.
we call in french “les ayatollah de la pensée” in others words “ayatollah of thinking”… i wonder how frightening is for designers to pull out any design, wondering if critics will not blame them about anything and everything that they dont like, self proclaiming this or that is offensive. like any industry, there are self proclaimed leaders ready to decide and easily find supporters for their “politically correctness”

frankly i do not find nothing offensive at all… did anyone ever a black so dark skin like this with red lips like this.. did any human being black or whatever color look like this display dolls?

come on, this is total nonsense. in fact all these controversies are taking place in US, a country so polirised that anything and everything is an offense for the other side…
here is an example that happen sometime ago in France, my country. Louis Vuitton designer is a black american (why is that black people in US are label African-american, is white or whatever origin are too label something- american?????????‍♀️crazy!!!) why did LV hire him? because he is talented and dispite the declaration of one member of Guerlain (which is one of LVHM many brands) against black people, many “opinions leaders” within black communuty call to boycott LV and all the brands of the group, that didnt went anywhere because in France LV largest custumers are Asians and Africans or black people. LVMH distance himself for Guerlain heir apologise and with a black designer just hit the ceiling with huge profits from his custumers.

so to come up with racism accusation against Prada because some innocent dark dolls with red lips, is total BS. the plastic industry is making billion of $ with all kind of people wanting big lips.

ps: sorry for my terrible writing in english.