Paris Fashion Week for Spring/Summer 2021 began today . . . with an ambitious plan to hold some live in-person runway shows. Health considerations could compel a change but, as of now, Dior, Hermès, Chanel and Louis Vuitton intend to mount physical shows.

Indeed, Dior’s show occurred earlier today (we will report on the bags at a later date) . . . with an odd occurrence. Toward the end of the show, a lone protester jumped onto the catwalk holding a flag banner “We Are All Fashion Victims.” The flag contained the extinction symbol used by environmental protestors. London-based. Perhaps even more surprising is that, according to accounts, no one in the audience reacted and some surmised it could be part of the show (which was later denied by Dior representatives).

This is not the first time someone crashed a luxury runway. Remember the comedienne who, wearing a Chanel-like ensemble, jumped up to join the models? Someone Crashed The Chanel Spring 2020 Runway 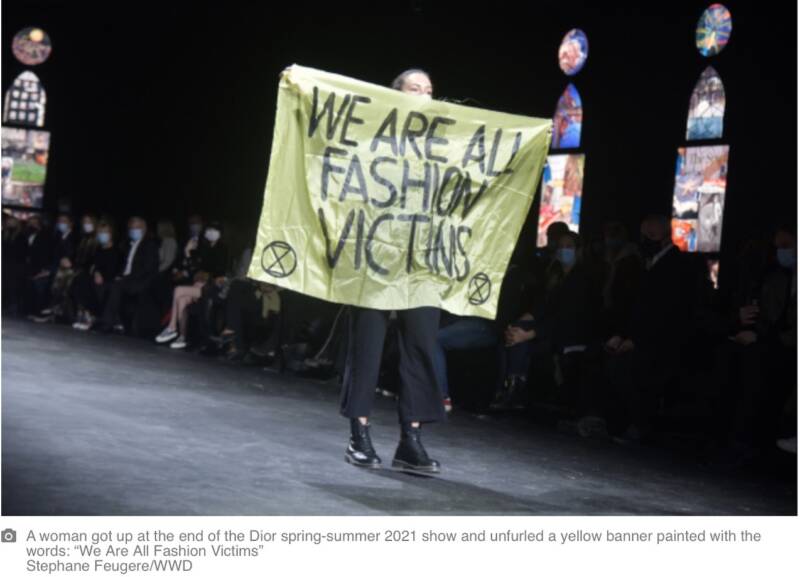