? Reaching for the stars.

Reaching for the Stars!
Growing up I never thought much about fashion. I was just a tomboy who liked to run around with bare feet, in a pair of Lewis and a t-shirt. Despite my mother’s dismay, my brother’s used converse were always good enough for me. As I grew older I grew taller and ganglier, so flats and flip-flops worked just fine. Wearing heels just seemed silly. I saw the models in the fashion magazines, but I just never saw myself that way. They all seemed so beautiful and graceful, and frankly, I was a bit of a klutz. I was always a bit awkward, so I absolutely knew that wearing heels was not for me.
Fast forward about twenty years and something very special happened: A sales associate at a private Hermes boutique told me that her store was closing and that all of their shoes were on sale. Hermes! Half off! No way! So, with some prodding, I agreed to buy a pair of white sandals with an OMG 3” heel! When I finally got home I put them away because I just knew that I could never walk in them. I was both happy and sad, because they were such beautiful sandals, and because they were about to join an ever growing row of high heeled sandals and boots that lived in my closet and that I could never wear.
Still, there was something special about those sandals. They were tall and white with straps. I mean, c’mon, they were Hermes! So I put them on that night and began to practice. At first I looked like a new born calf learning to walk, or worse, a new born giraffe! But, as a new born woman I started slowly by walking back and forth across my bedroom floor until my feet began to become more steady. Then I tried the stairs. Up and down as my confidence began to build: Then I fell. Yes, an utter fail, kind of fall. Still, I got up and kept at it, bruises and all. Finally, after a while and a ton of practice, I became a girl in heels!
Now days, and with even more practice, I can honestly say that I love walking in heels. I sometimes still feel a bit clumsy, but I manage, and I’ve yet to break a bone. That really matters (lol). I have worked my way up to four and even five inch heels with only a wobble here and there. I think I’m almost ready for my first pair of Louboutins. I may never walk a runway, but I can at least make it up and down stairs with ease. Some people are just made to walk in heels, I was never one of those people. Please share your trials and tribulations while reaching for the stars in your finest heels. Here are some of mine: 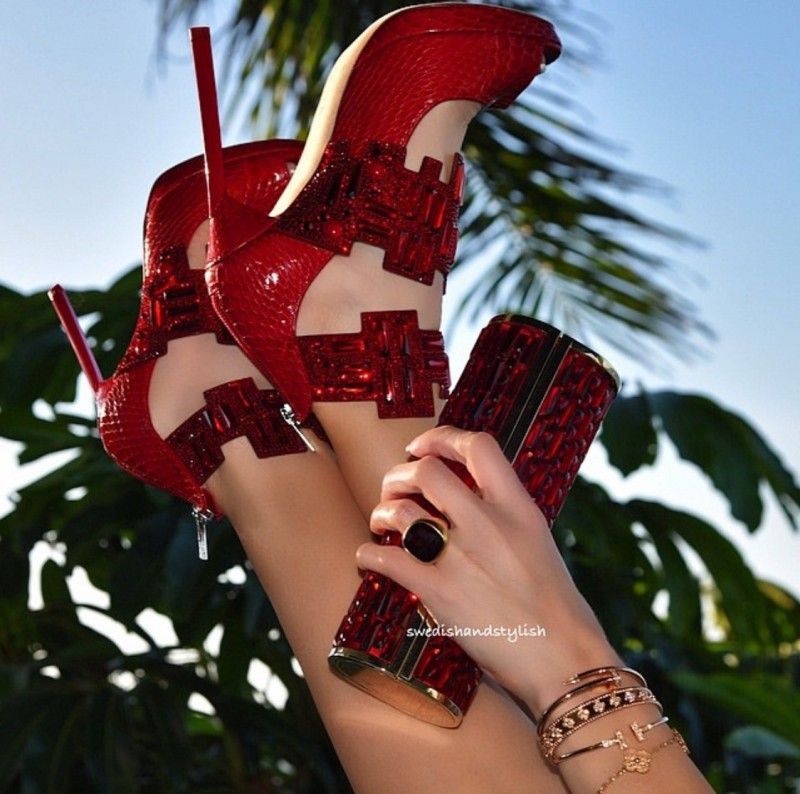 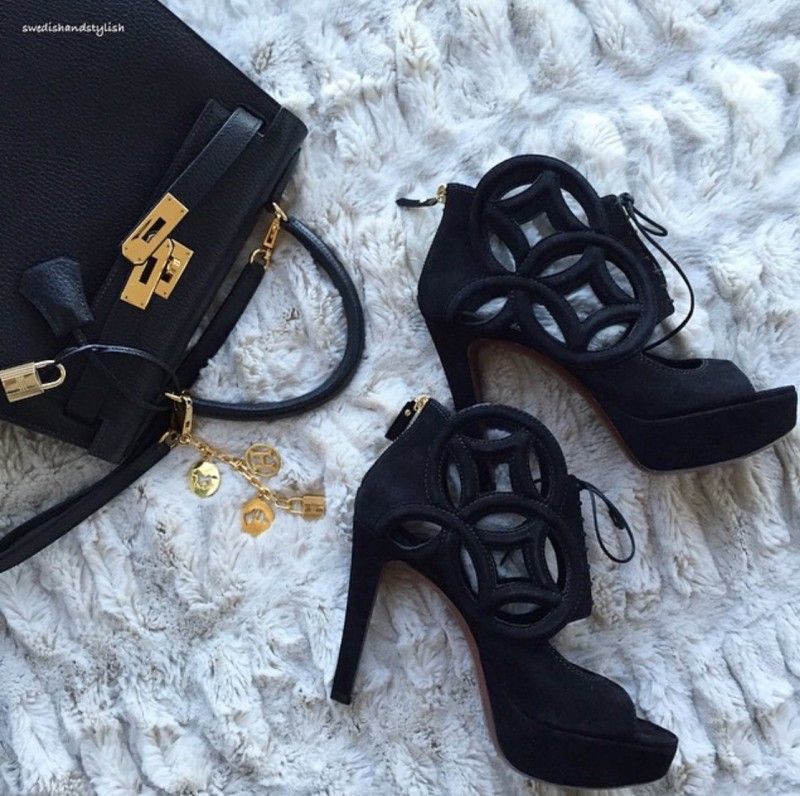 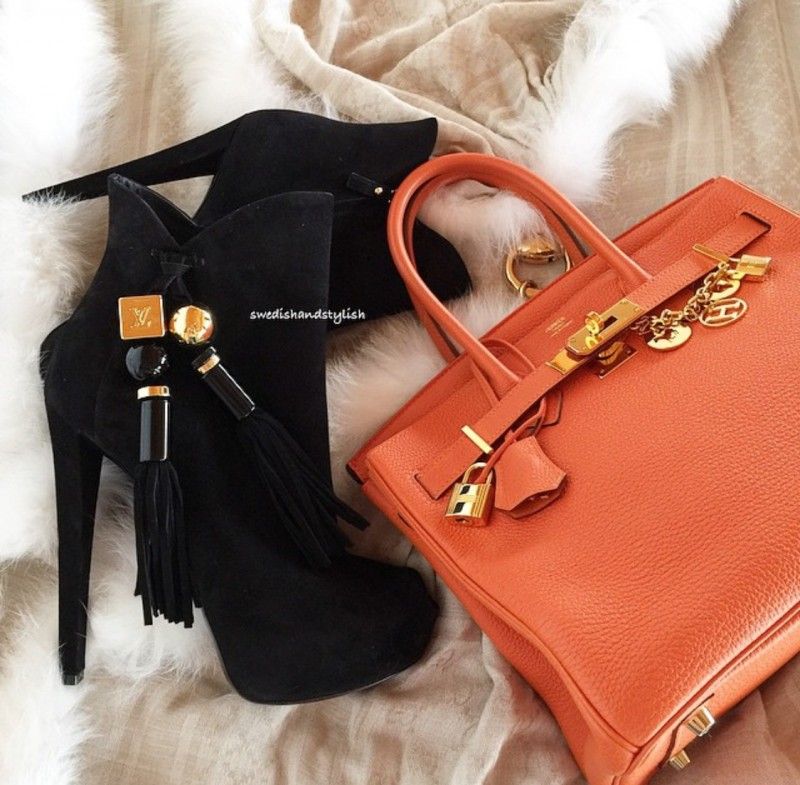 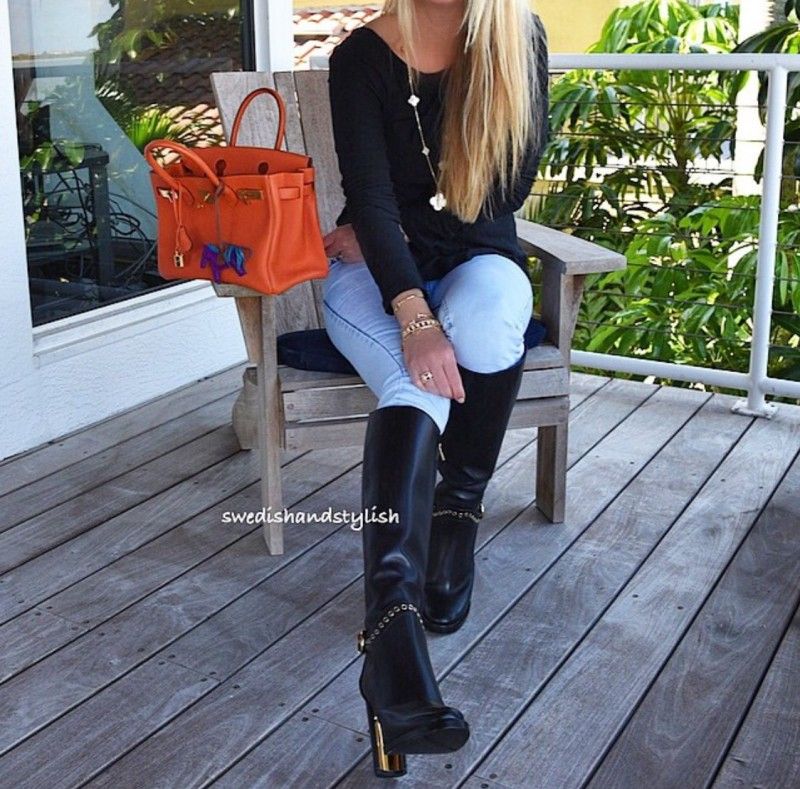 I think you are way too modest. You wear everything gracefully and look amazing to boot. Wish I was as “clumsy” as you, LOL!

I ADORE YOU and NEVER would have thought you weren’t a high heel gal! You wear them beautifully and naturally now!!

I started off reaching for higher stars when I was younger… as high as 160mm (6.3 inches!) with platform… as I get older, my tolerance for foot and back pain and discomfort has gotten lower and lower, and the heel height is also coming down :D My comfort level now is 4 inches without platform… sometimes still doing up to 5.5 inches with platform. But contrary to what people may think, I LIVE in flip flops and am in them about 90% of the time… so my feet do get a break/rest!

Amazing photos!!!! Thanx for sharing . Ur truly so amazing n have a heart of gold,& yes I totally love ur collection xoxo kip posting

your boot taste is impeccable :)

Yay loved the story!!!! I was a kind of a nerd but hardcore tennis player in HS and I loved fashion and was one of the few who wore heels to school for no reason at all in my very casual city. People always asked me why I was “dressed up” and I always replied “um, because it was in my closet….!!” Even in college in that same casual city people looked at me weird going to class in more than pj’s before noon. It’s all about confidence!!! You are killing it with plenty of that!! ???

PS: you had me LOL with the “newborn giraffe” hahahaha

OMG Swedishandstylish, you write so beautifully!!! I absolutely LOVED your story (and the pics of course ;) ) thank you so much for sharing it, love! As for me, I´ve always loved high heels…my mom says that when I was like, 4 yo, I used to steel her high heel shoes and sandals and would walk around the house, tripping and falling, and getting up and continuing on… and that she had to hide her shoes from me because I´d destroy them hahahaha as soon as she let me start wearing heels, (when I was A LOT older), I started buying more and more, and the older I grew, the higher the heel became… think it´s short person syndrome hahaha today my obsession is the YSL tribtoo pump, which unfortunately I only have one and read it has been discontinued (I wanted it in every color) :( it´s VERY high, but it´s hidden platform is also very high, so it´s so comfortable in my opinion… and so pretty and chic :) once again, loved this thread :)

Girl those CHOO’S are something else, I am trying to imagine what you wore with them ❤️

i admire women who can wear heels!
i grew up in southamerica and for some genetic accident we are all tall in my family, i was also a tomboy who rode horses and broke her ankles, last time was last year when i broke my left ankle crossing the road! that was it, a plate and six screws later my son’s gf and got some of my heels
because of my height, growing up it was trainers, ballet flats, birkensocks, army boots…never learnt to feel comfortable in heels unless they were plataforms
i used to work for an italian high end fashion house and spend the day surrounded by amazing, beautiful heels…sigh
so ladies, wear those heels proudly, i’ll be in the sidelines cheering you on

sweet story swedishandstylish! and not to mention that red bag and shoe combo is to die for! Couldn’t ever tell heels were touch for you because your rock them effortlessly…looking forward to more posts :)

I just love this story swedishandstylish, haha the converse. I had those with the big star too. I dread the day I won’t be able to wear high heels, but for now I like to even push the stroller in my heels! I love your style girl. I call you an effortless beauty. You are a natural. Stay smiling and sharing. I love reading your posts here ;) (oh, and what I would do to be as tall as you ?) As for me, I think I was born with heels on!

Swedishandstylish, I was more like you except for the absence of height. Clogs were probably the highest heel I wore, and this was in the age of “candies” platforms. Somewhere along the line, after marrying a man over 6′, I found it was nice being closer to his height. Then as my boys headed over my head, my heels lifted higher and higher until I found myself driving carpools in 3″ heels. Now I love wedges and extra inches but try to keep it 3″ or under unless they’re to die for . . . And qualify as “sitting shoes.”

swedishandstylish you brought the most bright smile to my face reading this. It’s 6:30 am and I’m reading this on my iPhone in bed and giggling… and Mr. PurseBop wants to know “whats so funny?” I am reading it outloud to him and it’s impossible for me to imagine you anything but suave and graceful. The swedishandstylish we see today is a MODEL.

My story is a little different. I have always been a girls girl and could not grow up fast enough. My parents were very social growing up and my “aunties” (my mothers closest girlfriends) would come to our home with their fancy bags and high heels. My eyes would check out their glistening ‘pencil’ stilettos and when any of them would take their sandals off I would sneak away with them, strap them on my tiny feet and imagine the day I would grow up to be able to wear a pair just like them. This went on for years, secretly in our long hallway with a mirror at the far end. I am trying to remember my first pair and I truly can’t swedishandstylish, but I will call mommy later today to see if she remembers ? ? Thank you for sharing your story ❤️ I’ll be back to share what Mom tells me…XO