Sometimes A Hermes Birkin Is Not a Birkin At All

Talk about irony. The television show that launched the Hermes Birkin into the consciousness of the proverbial masses (and not just those in the know) – Sex and The City – used fake Birkins. Or at least one.

Leading lady Sarah Jessica Parker, who played Carrie, recently admitted that the blue “Birkin” she carried in a 2002 episode was, in fact, a fake!

What is true to the Hermès brand, however, is the reason Parker carried the bag at all. Just like Grace Kelly using a Hermès Kelly to  hide a pregnancy, Parker used the “Birkin” to do the same. However, she told Vogue magazine that it didn’t do a very good job – that perhaps the real thing would have worked better.

As you may recall, in another episode of SATC, a story plot line revolved around a Samantha’s quest to score a Birkin. She used her client Lucy Liu’s name to get on the waiting list . . . and ended up with neither the bag nor the business.

Are you surprised to find a fake on SATC? Who do you think got a real one by the time of ‘And Just Like That’. 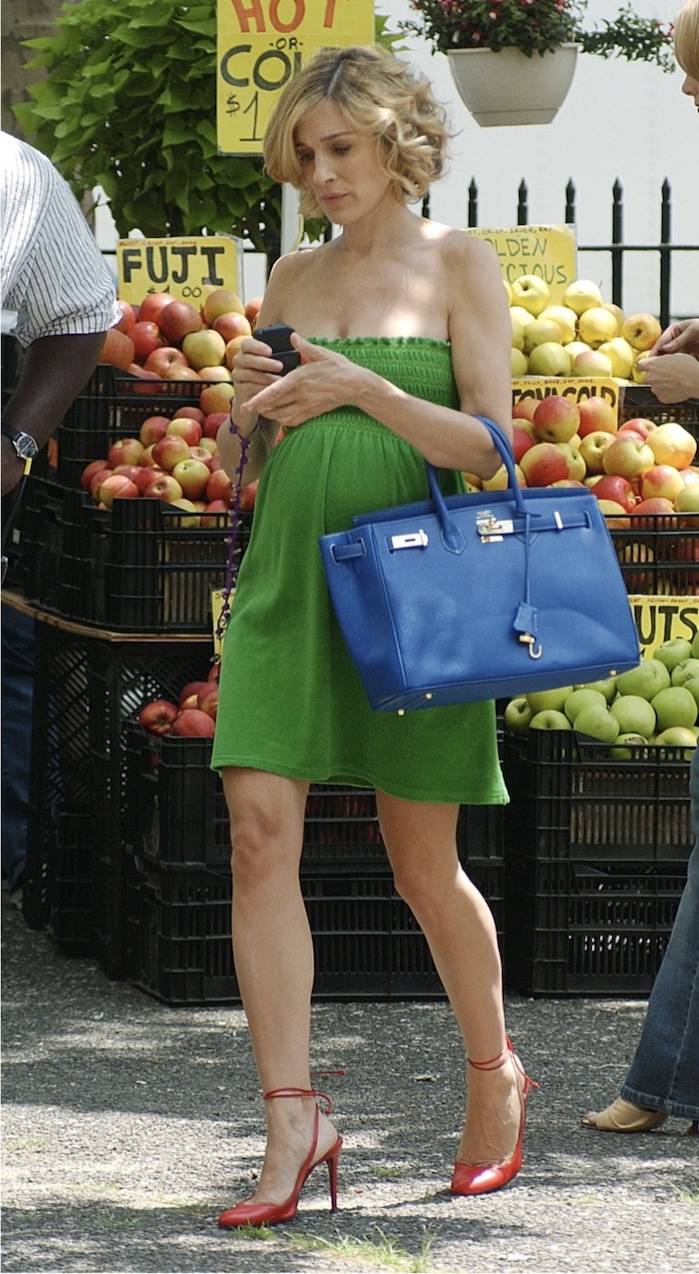