When Asia’s richest man’s wife, steps out with a bag worth ₹2.6 crore the media is bound to go in a frenzy. Reliance Foundation chairperson, Nita Ambani, the wife of Mukesh Ambani was seen sporting the Holy Grail handbag, in London … The Hermès Himalayan Birkin Bag.
The Himalaya Birkin has around 240 diamonds on its 18 karat gold hardware. The bag is described as, an exceptional, matte white Himalaya Niloticus crocodile diamond Birkin.

.According to Christie’s the Himalaya Birkin is crafted from Nile crocodile hide. The mention of Himalaya does not apply to the origin of the bag, but to the gradation of the colour.

The image was shared by actress Karishma Kapoor online. Nita Ambani faced a an awful lot of backlash for her choice of bag. This Birkin has has stirred up quite a storm online. Majority of people expressed anger over animal slaughter for handbags while others simply disappointed with Nita Ambani’s choice to invest such a hefty amount on a bag when that money could have been used for better causes. 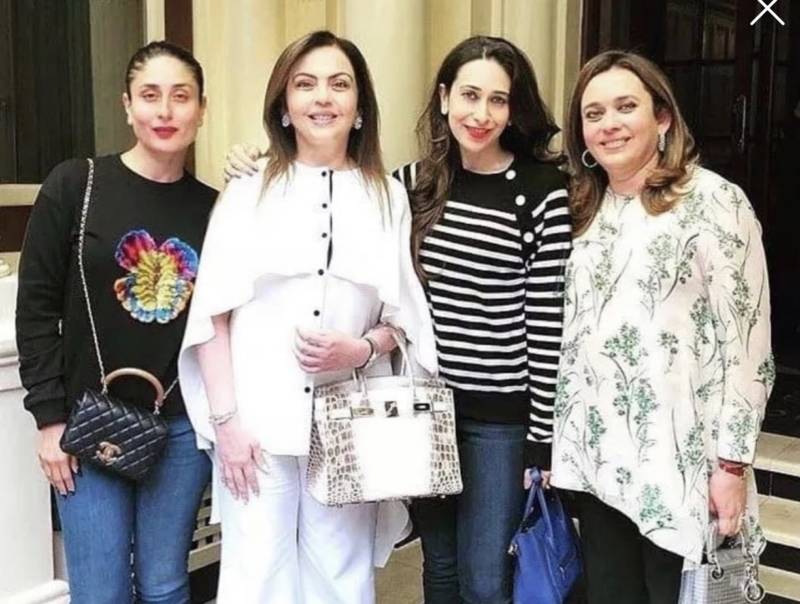 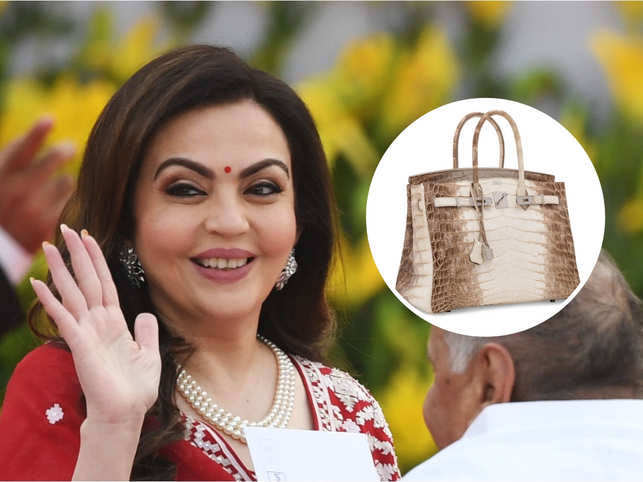 Now the Turkish presidents wife is facing back lash for a US $50,000 worth of Birkin and a $15000 mayfly shaped brooch.
Saying that the presidents salary is 39000 Turkish Lira. And the B costs around 215,000 Turkish Lira. So did he spend 6 months salary for the bag. When turkey is going through major issues.
Issues like a man committed suicide because on his daughters birthday he had only 50 cents to spend for her.

Brings me to a debatable topic. Can famous people have a responsibility to the society? Can’t they live their life and buy what they want, if they have the money ( like in case of Nita Ambani). Why are they attacked. I understand people attacking her for the exotic crocodile skin but she should use money for good causes was not justified as they do hell lot of charity 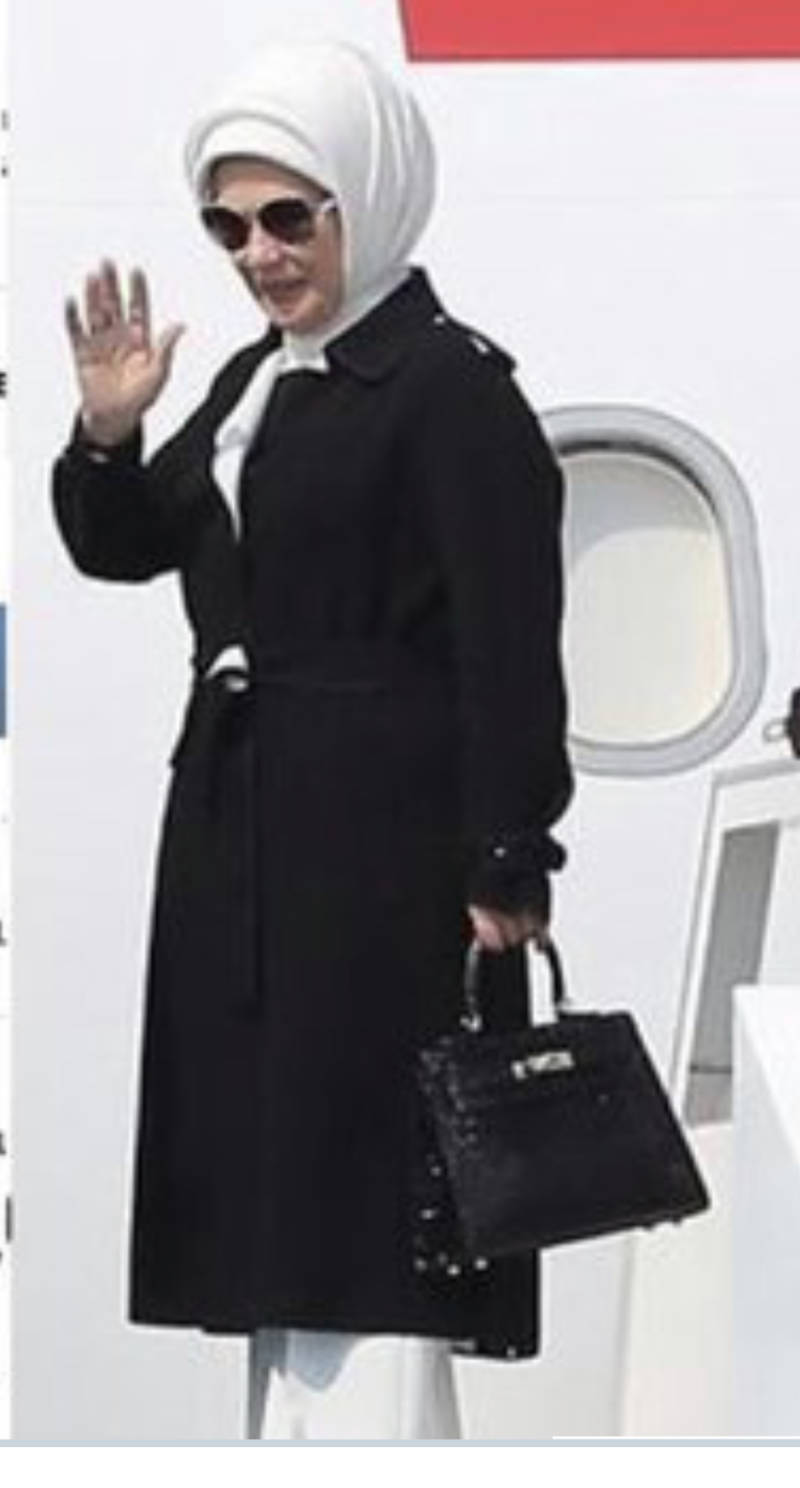 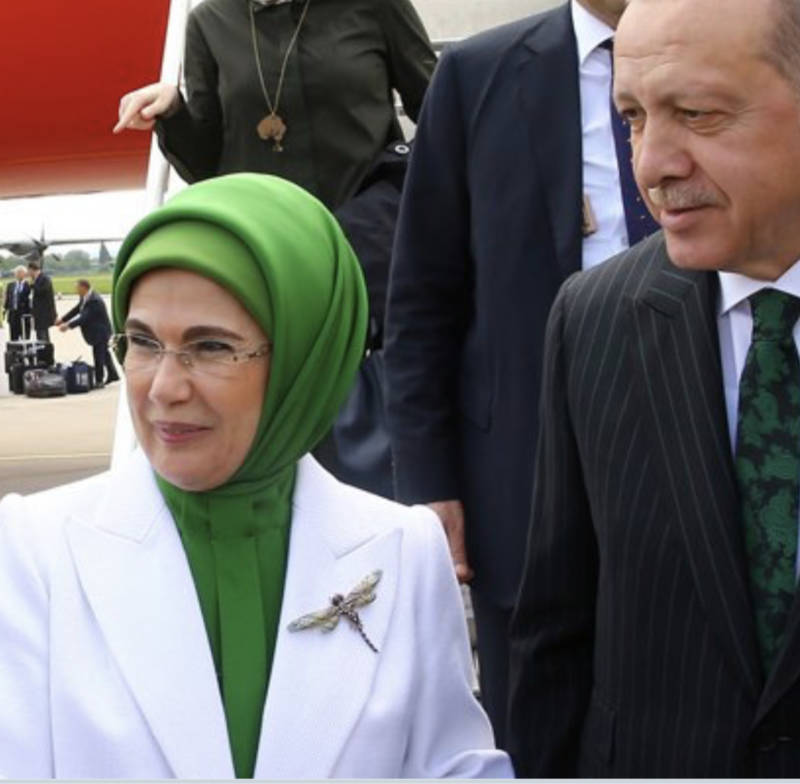