By now, Balenciaga’s new blue tote is infamous. The tote, which bears a striking resemblance to IKEA’s plastic shopping bag, has drawn cheeky headlines like “Is this $2,000 Fake IKEA Bag a Sign of the Apocalypse?” and “Balenciaga reimagines the RM2 Ikea bag.”

The Balenciaga-IKEA kerfuffle has obviously been the subject of considerable social media attention over the past few weeks—even by IKEA itself, who recently created a poster meant to poke fun at the Balenciaga “knockoff” (see below!).

What are your thoughts on Balenciaga’s bold choice? It’s not uncommon for luxury brands to draw on ordinary, daily objects and logos in an effort to be “trendy” (think: Vetements’ notorious $240 DHL t-shirt). But it doesn’t seem like it was Balenciaga’s intention to design something based off of a $1 plastic tote…

Are people being too harsh, or is this really a huge NAY for Balenciaga? Let us know below! 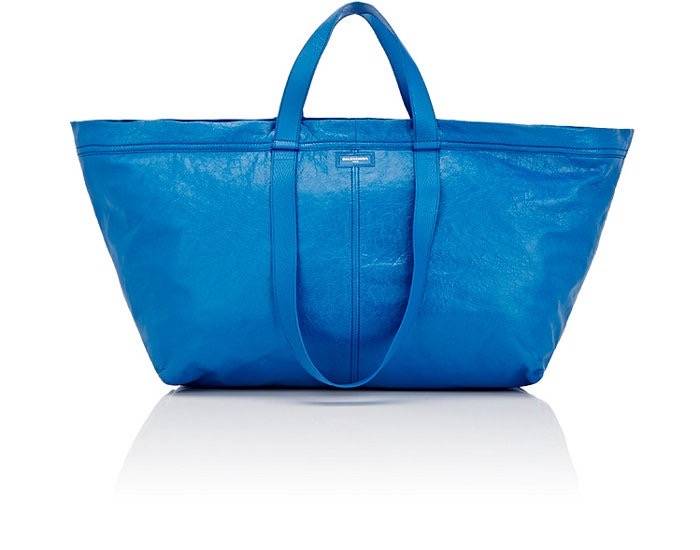 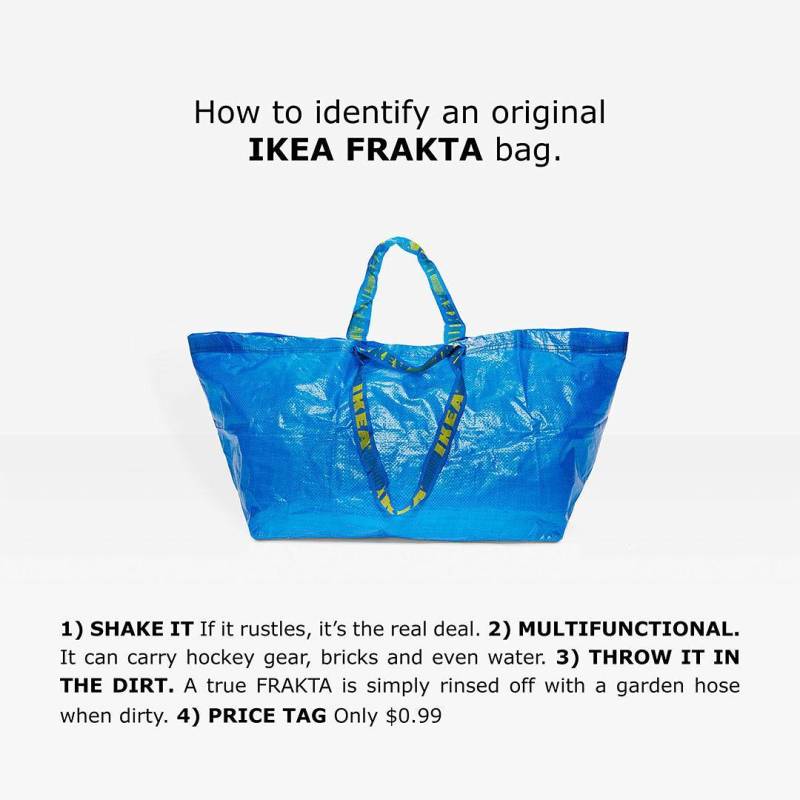 Haha!! Shameful for Balenciaga, even at Ikea I don’t pick up their blue bag, I don’t see myself carrying it ?In my opinion a lot of big brand Names have so called trendy designers to revamp the brand but for me they just damage the image of the Name, all those Names are from a beautiful stylish Europe and if the original creator can see it …like we say in French: will turn in his grave!! The newest generation has no idea about real beauty and quality and they buy because it has an expensive Name and high price and no class, What an insult for Balenciaga ?Great article ??