What Happens if Everyone is Carrying Hermès But You?

A new popular Chinese TV drama accurately depicts the pull of the Hermès brand among affluent fashion lovers in China. Perhaps consider it the Chinese version of Real Housewives.

A clip from the show that featured an array of Hermès bags provided yet another viral moment for the fashion house after being shared extensively on Chinese social media (UPDATE: The clip is now posted to @pursebop IG stories).

Nothing But Thirty follows the lives of three Chinese women as they reach their thirties and begin embracing their ‘adult’ lives.

The now viral scene depicts the main character, Yao Tong, left feeling excluded at a social gathering when she is cropped out of a group picture after being the only one amongst her wealthy associates not carrying a Hermès bag.

Tong instead sported a Chanel limited-edition 2.55 flap bag which she subsequently concealed behind her back after feeling out of place surrounded by a sea of Hermès gems.

The episode showed Tong afterward managing to score a Kelly bag just three days after the event eager to fit in with the group.

The show has been praised online for perfectly depicting the immense popularity of the Hermès brand amongst Chinese socialites.

One user wrote how the TV show helped to popularise Hermès bags. A user who appeared shocked at the idea of a limited edition Chanel bag leaving Tong feeling out of place next to those carrying Hermès wrote, “Does Chanel’s limited edition handbag not deserve to be with Hermès?”

A Hermès purse of particular note featured in the scene was a Himalaya Niloticus Crocodile Birkin seen on the arm of the group’s leader, Mrs. Li. Another was a purple crocodile Kelly bag. 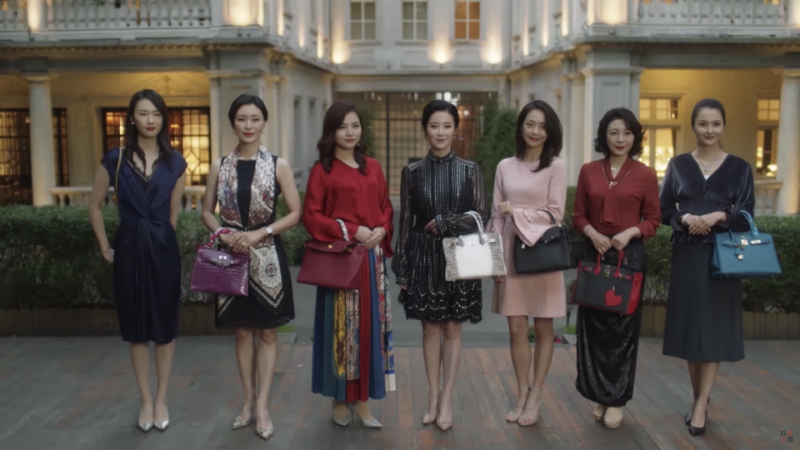 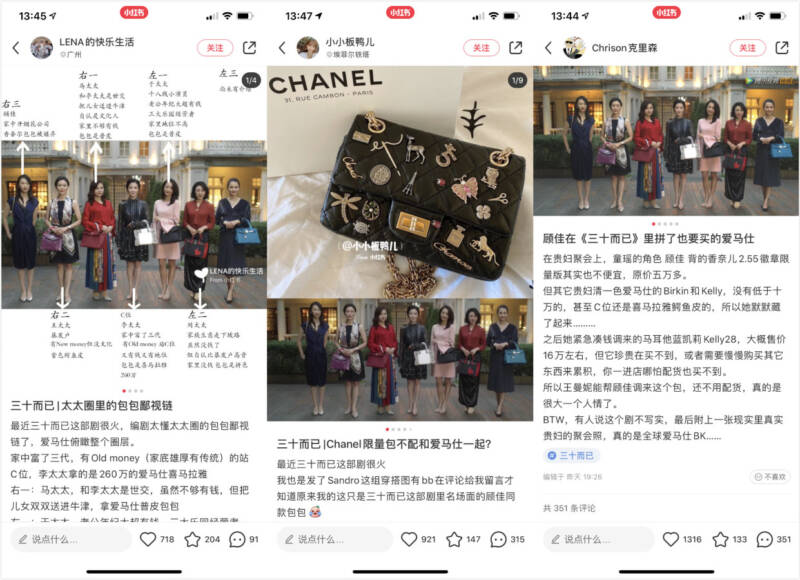 Hermes   Show It Off Chanel 2.55 flap bag   China luxury market   Hermes   Nothing But Thirty   Yao Tong
Back to BopTalk
Share
Your Reply

Can I say that a lot of Bs and Ks used on TV shows in China and even among the socialites are triple A fakes?