What if Chanel puts on a fashion show and no one attends? No photographers, no fashion editors, no celebs. It turns into a movie streamed after-the-fact. Perhaps an inconsistent strategy for a luxury house that espouses a commitment to over-the-top live in-person fashion extravaganzas. On the other hand, it is 2020 with COVID restrictions, so we understand. And to be fair, there was one person in the audience. Kristen Stewart. 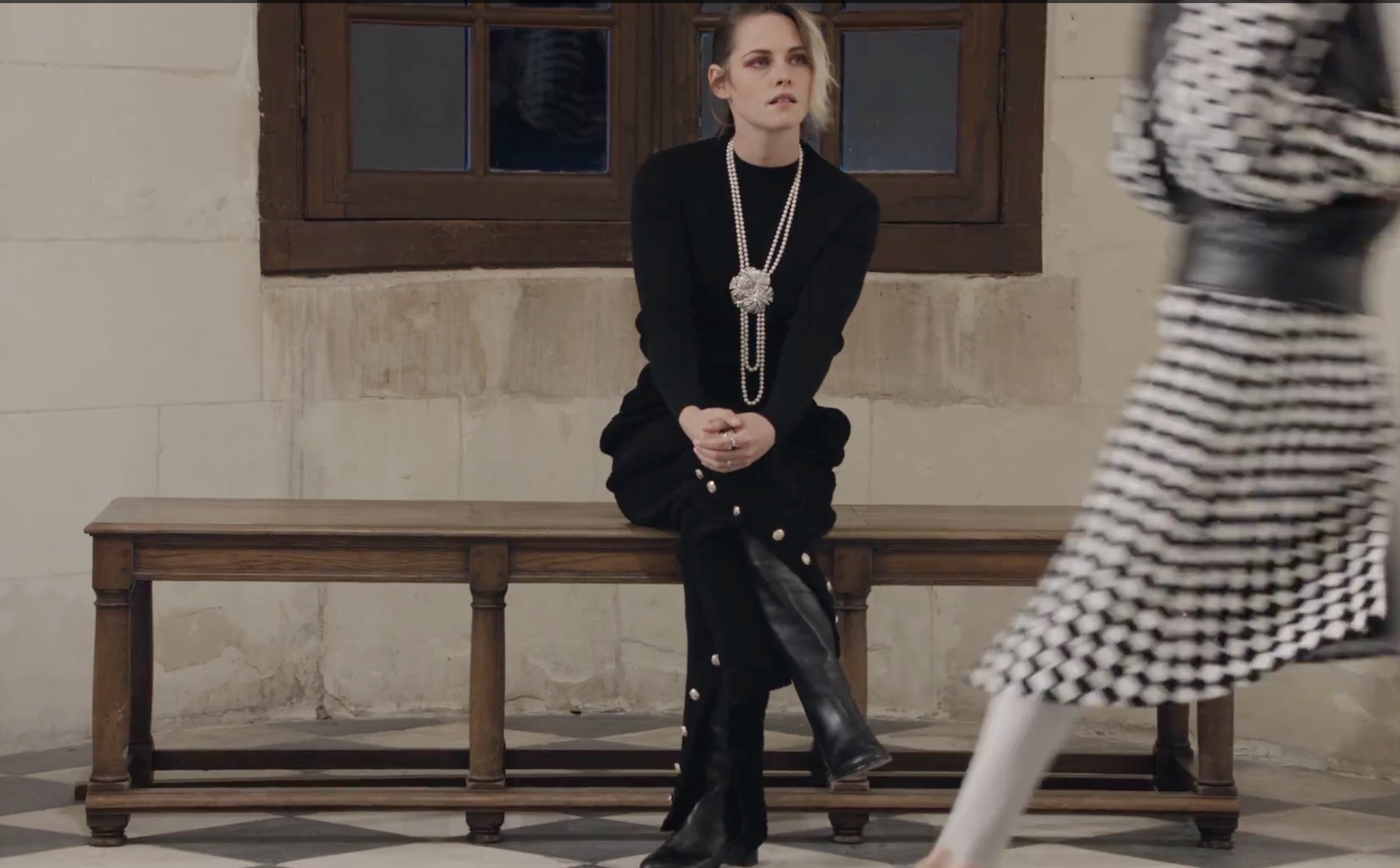 Stewart, as you may recall, was close to former legendary Chanel designer Karl Lagerfeld. She both appeared in and attended many Chanel shows over the years.

Since 2002, the annual Metiérs d’Arts show features the many artisans that enhance Chanel’s fashions as well as previewing the following year’s fall/winter collection. This year’s event took place at the Loire Valley’s Château de Chenonceau, also known as “Le Château des Dames” or Ladies Castle. It owes its nickname to the many women who called it home over the centuries. Yes, that’s centuries, not decades. Indeed, according to Chanel, “in the second half of the 16th century, the queen of Italian origins, Catherine de’ Medici gave this residence the splendour of the Renaissance.” As proof, Chanel points to the various inscriptions of her monogram which actually resemble the storied Chanel double CC logo.

Photos of this collection are limited to those shared by Chanel. Thus,  pictures are gleaned from watching the runway film and Chanel’s own still shots. As you will see, Chanel remains Chanel, with chains, pearls, quilting, bijoux, flaps… From large to mini, to nearly microscopic around the neck, there’s a size for everyone. Enjoy! 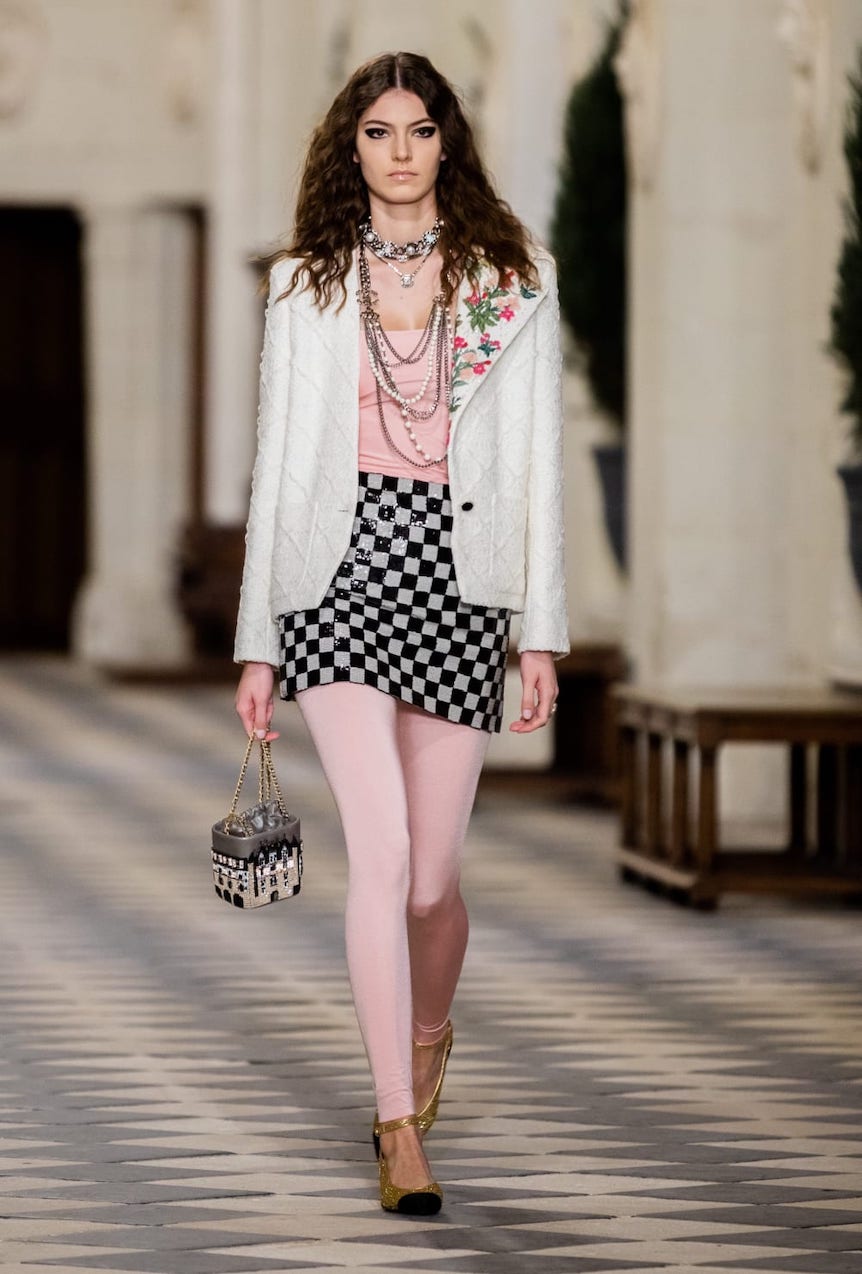 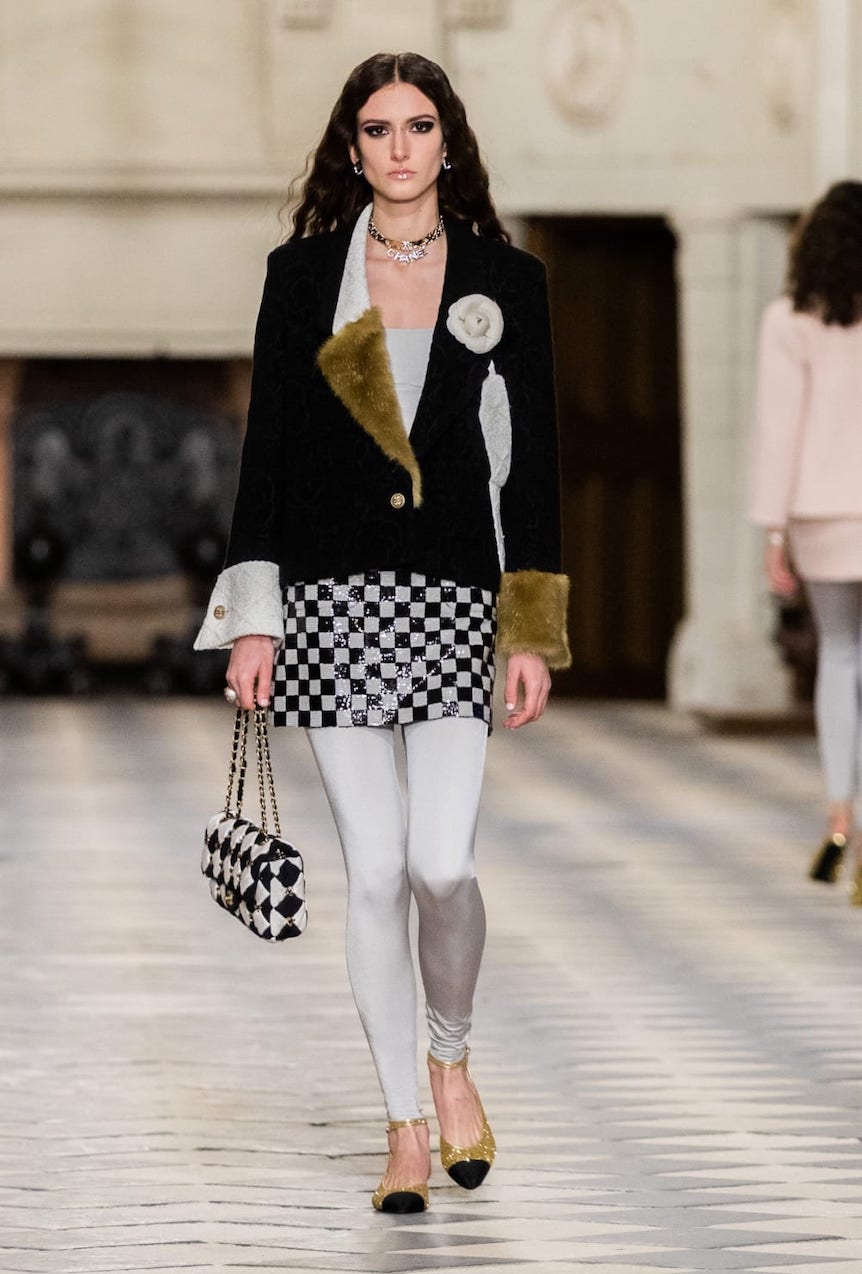 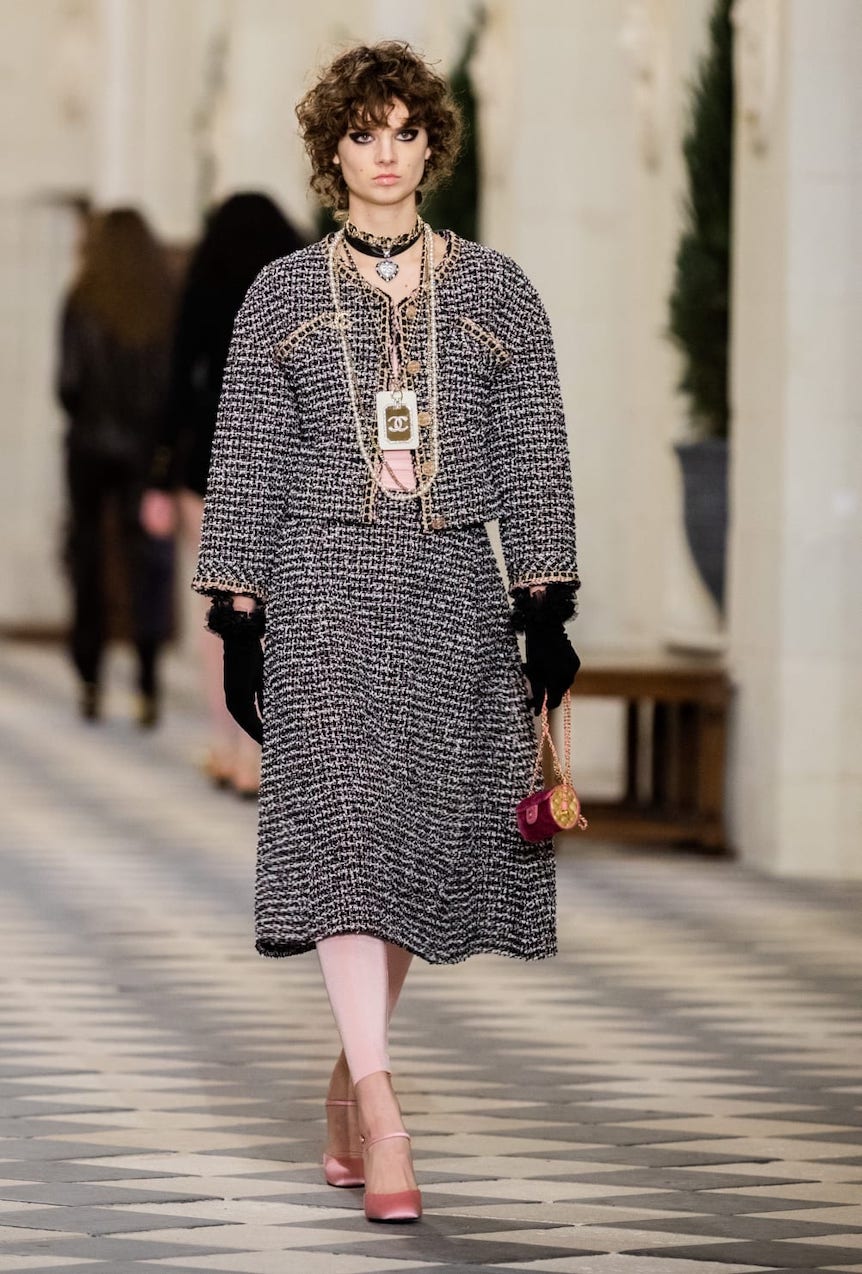 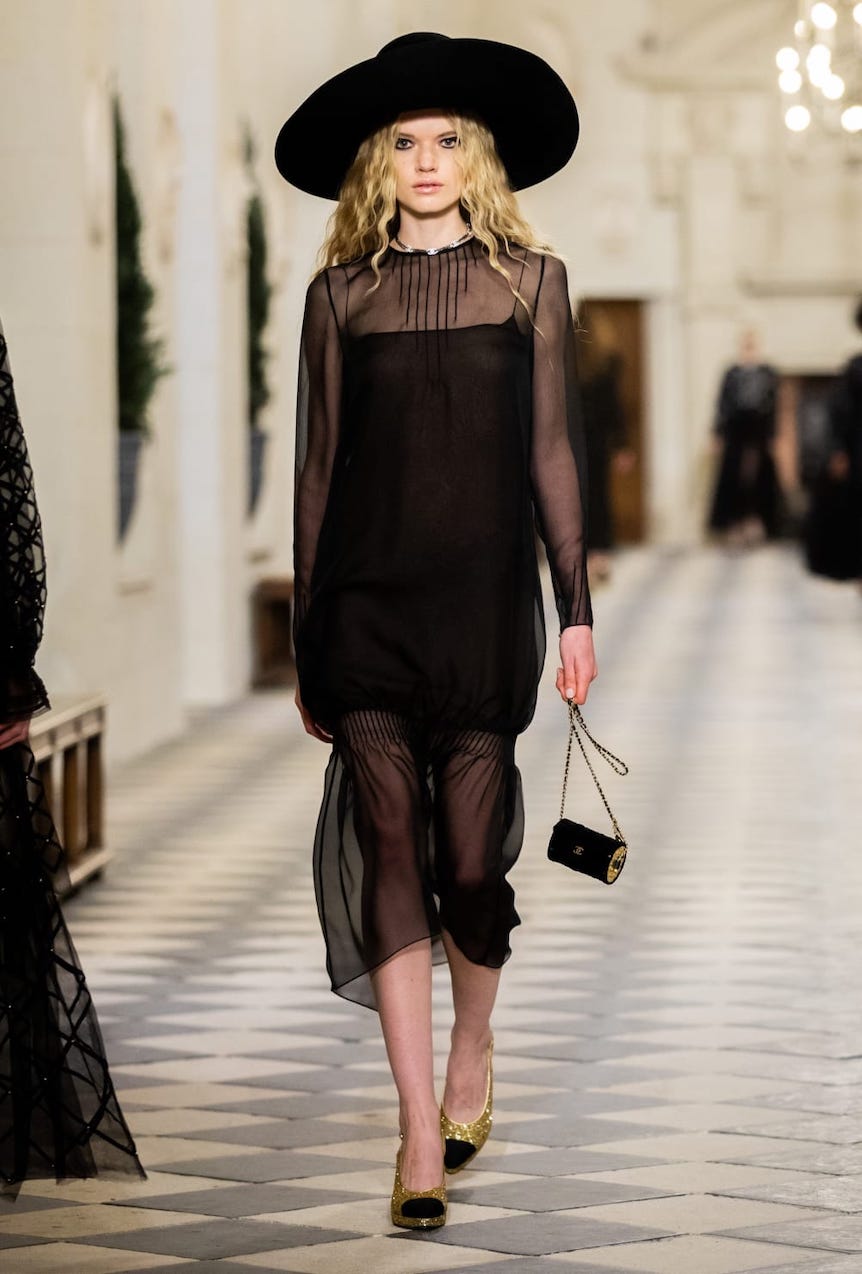 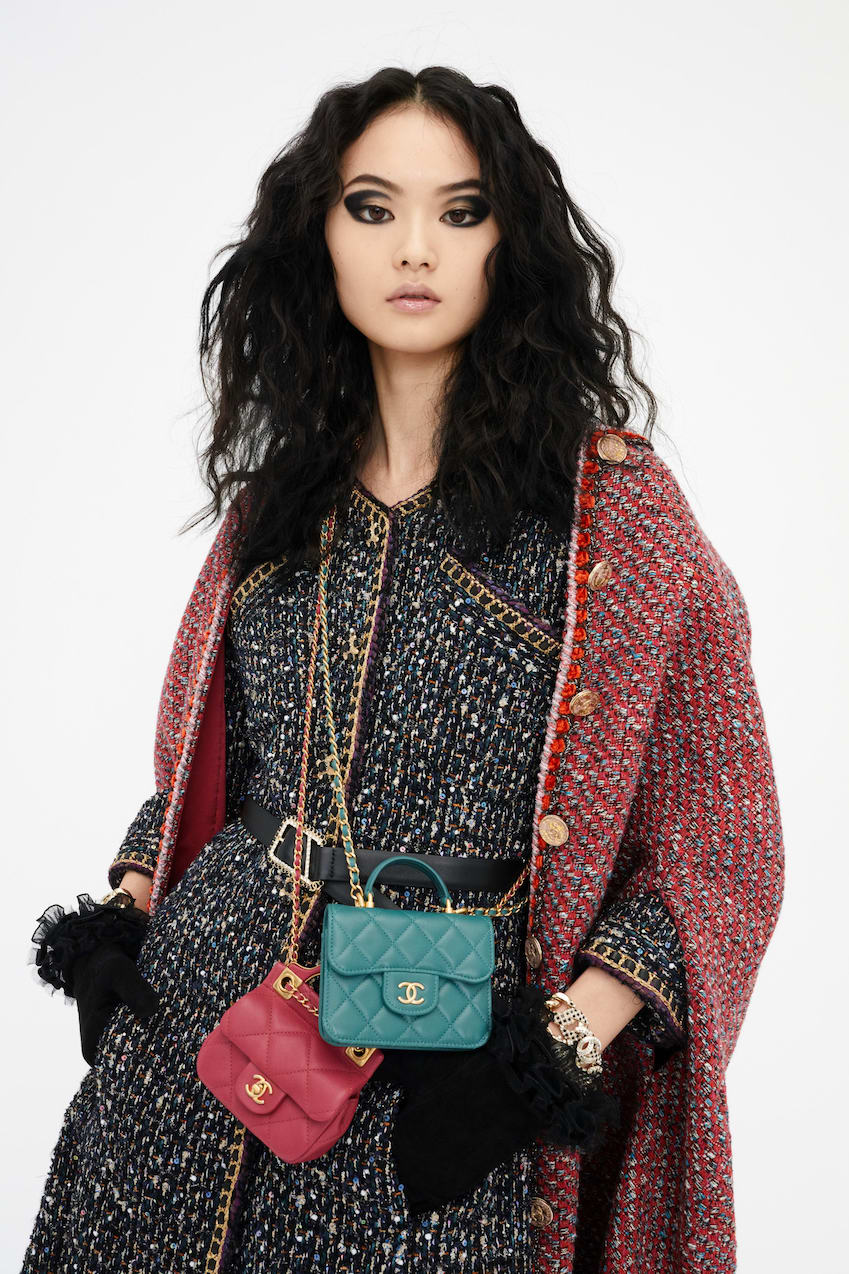 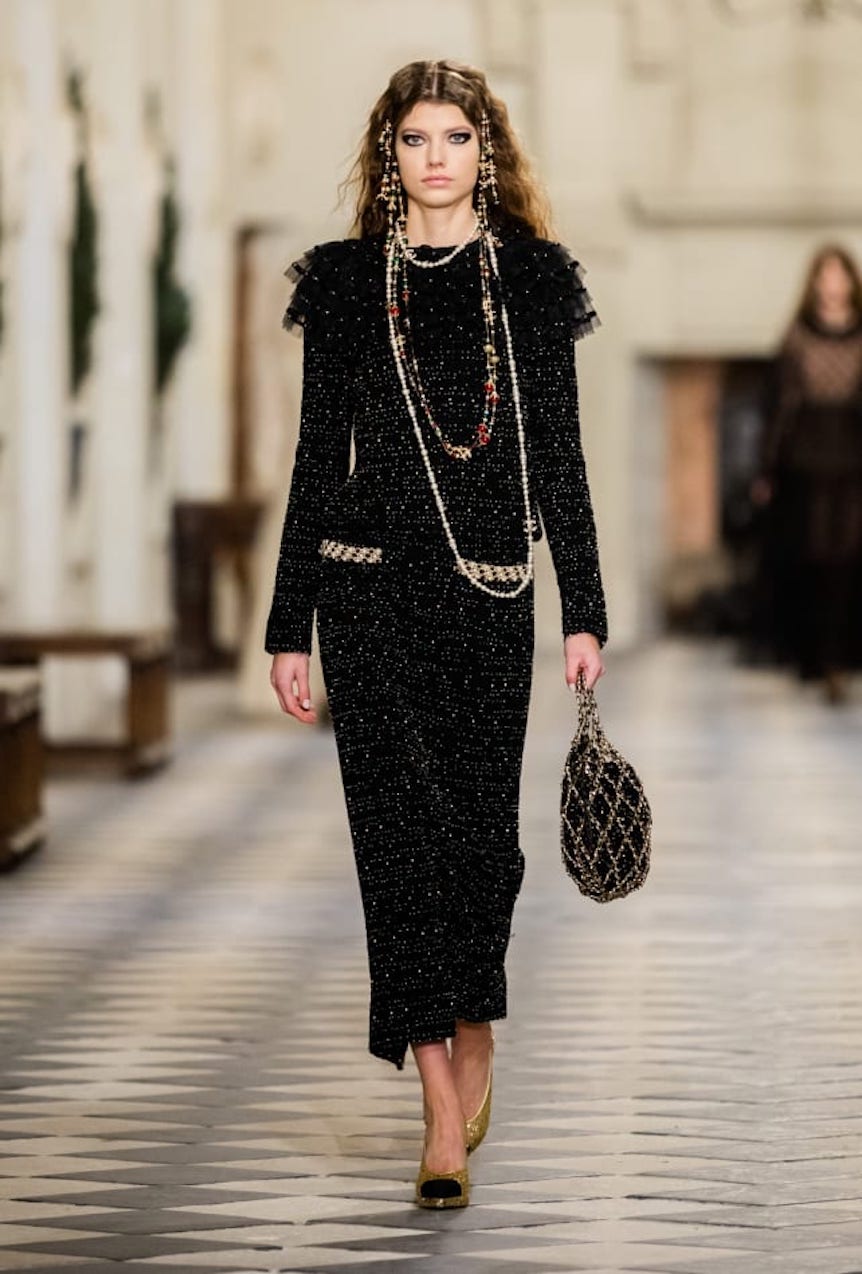 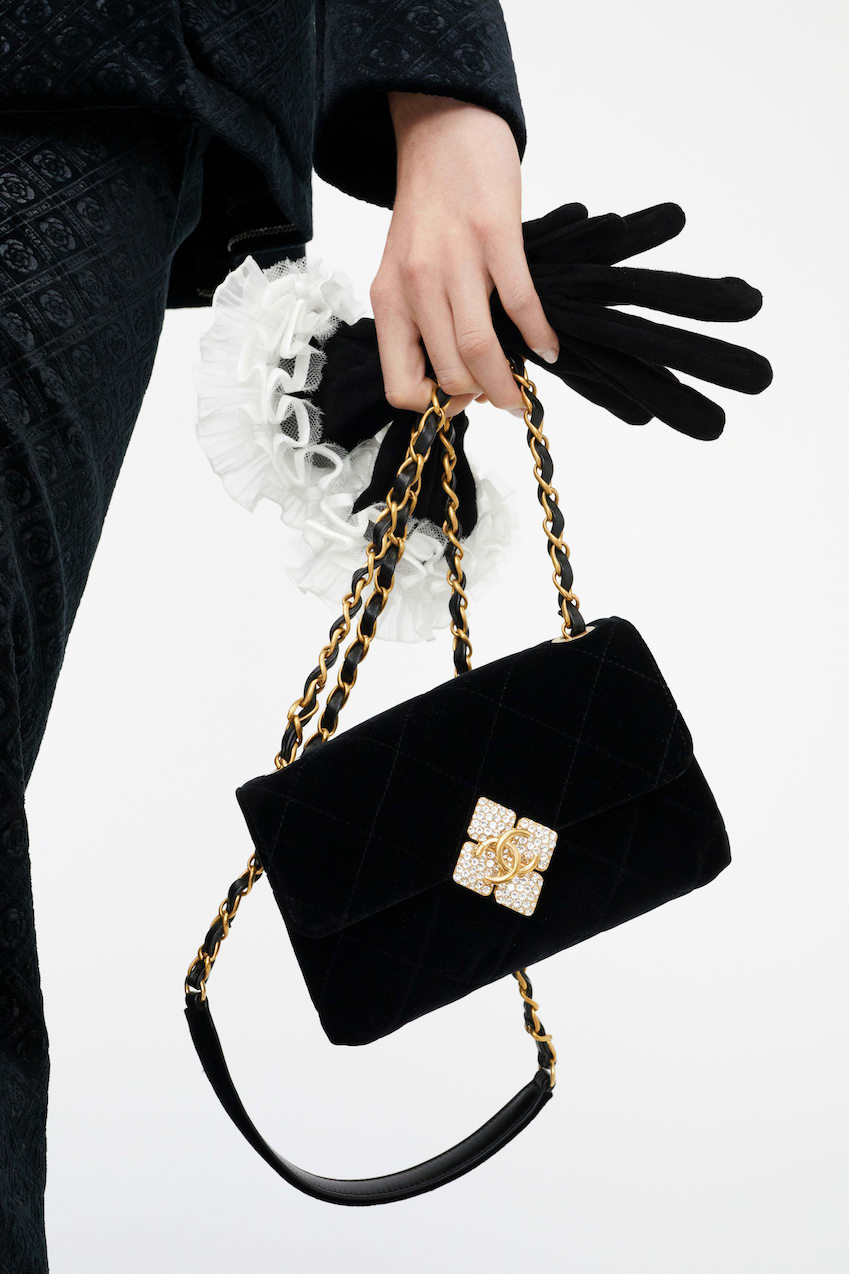 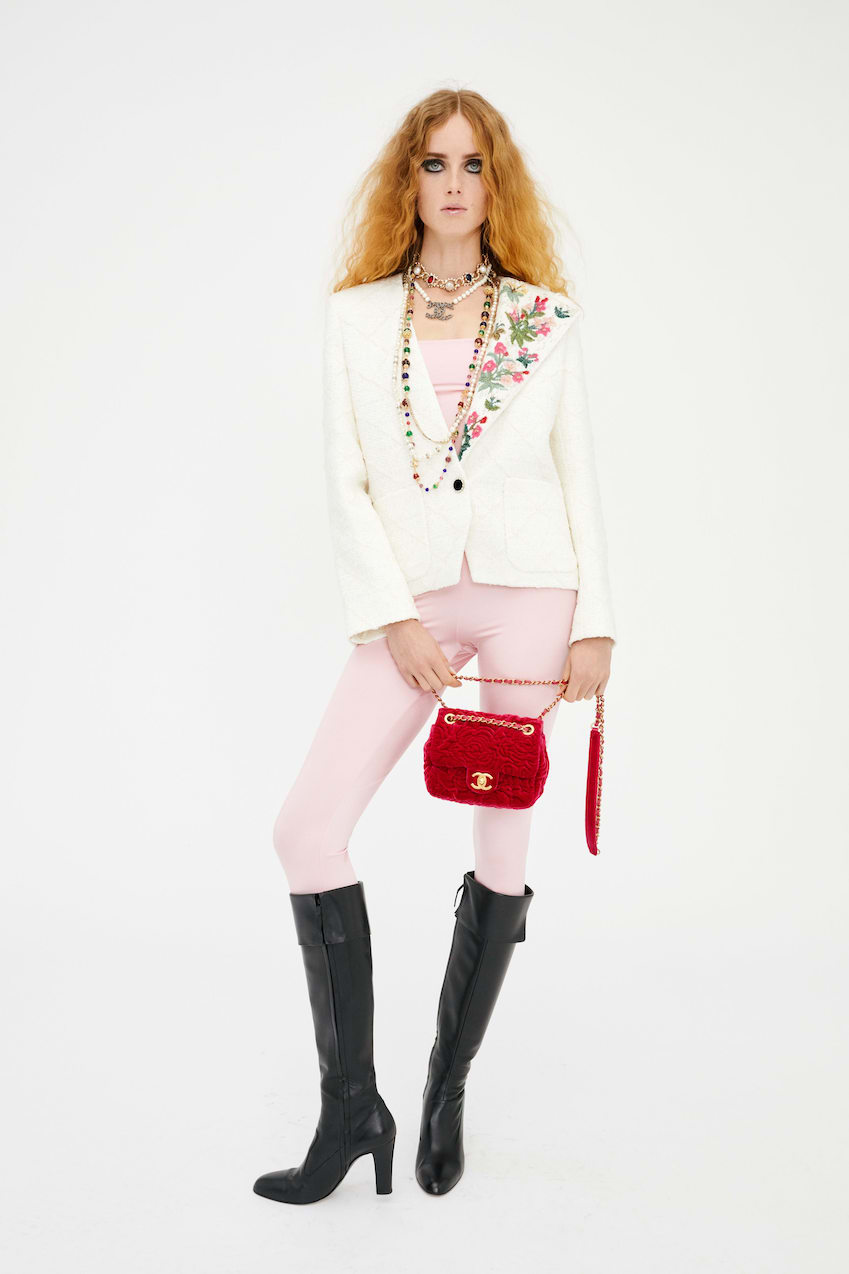 Anything catch your eye? Let us know.