Some weeks ago, it was announced that the Carters, Beyoncé and Jay-Z, would be the new faces of iconic luxury jewelry house Tiffany & Co. With baited breath, eager fans in both the music and luxury worlds anxiously anticipated the trajectory and concept behind the couple’s new collaboration with the brand. Yesterday, first images of the campaign were released, and to say they’re stunning, would be an understatement… 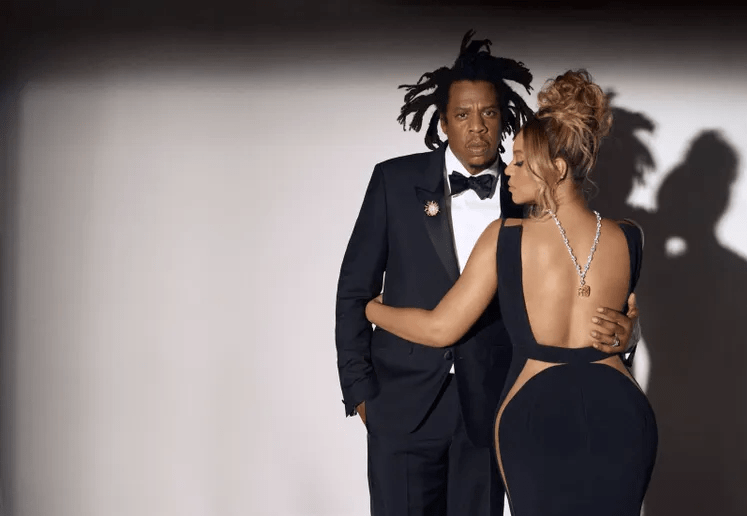 Aptly titled “About Love,” the collaboration is a crossroads between old and new- the storied legacy and the promising future, and how love, and the expression of the same, has evolved over time. What is sure to capture the hearts of many is the fact that the “About Love” campaign is a modern take on an adored favourite- the ever classic film “Breakfast at Tiffany’s”.

“Beyoncé and JAY-Z are the epitome of the modern love story. As a brand that has always stood for love, strength and self-expression, we could not think of a more iconic couple that better represents Tiffany’s values. We are honoured to have the Carters as a part of the Tiffany family,” say Alexandre Arnault, Executive VP at Tiffany’s and the individual responsible for spearheading the revitalization of the brand after its acquisition by LVMH. 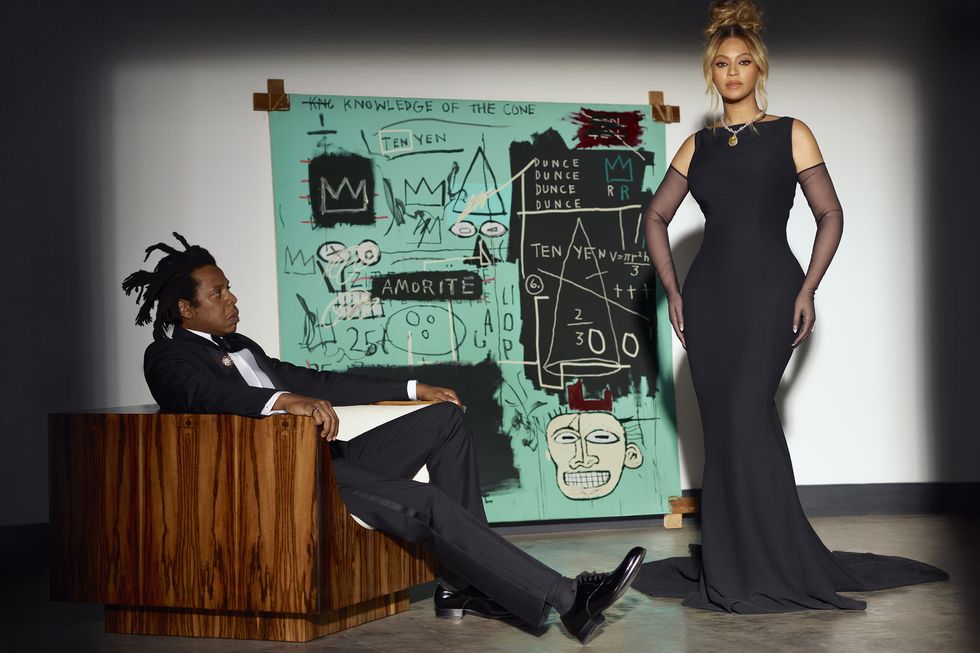 In newly released images, Beyoncé and Jay Z can be seen in front of a painting by artist Jean-Michel Basquiat- one that has been revealed for the first time ever. Set against iconic Tiffany Blue backdrop, the painting is titled “Equals Pi.” Moreover, what truly makes this campaign a joy to behold is Beyoncé’s take on the character that forever bound Audrey Hepburn with the luxury house. Queen B is styled as Holly Golightly from “Breakfast at Tiffany’s” in two LBDs (little black dresses), by Givency and Balmain, as well as with a modern take on the iconic beehive updo sported by Audrey in the film.

This campaign is also symbolic in many ways. Not only is it an homage to Breakfast at Tiffany’s, but Beyoncé can be seen wearing the magnificent Tiffany Yellow Diamond- arguably one of the most important gems to ever be discovered. Coming in at a whopping 129 carats, the Tiffany Yellow Diamond has only ever been publically worn by three other women- socialite Mary Whitehouse, Lady Gaga and Audrey Hepburn herself. Not only is Beyoncé the fourth women to have the honour of donning the iconic diamond, but she is the first African American woman to do so. 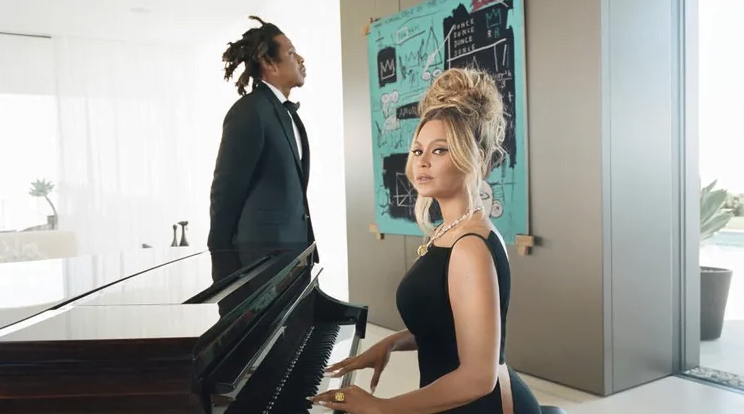 Truly a feat worth celebrating, Tiffany’s has also pledged $2 million towards scholarships and internships for Historically Black Colleges and Universities (HBCUs) in the United States to celebrate the partnership with the couple.

As exciting as they are, these images are just the beginning. On September 15th, the Carters and Tiffany’s will release a short film directed by celebrated director Emmanuel Adjei. It is set to feature Beyoncé singing a rendition of “Moon River,” with pieces filmed by Jaz-Z himself. The film will be an audio/visual accompaniment to the already released images, and will feature Beyoncé in her Breakfast at Tiffany’s ensemble, the Tiffany Yellow Diamond, the never before seen Basquiat painting and also Jay Z sporting Jean Schlumberger’s Bird on Rock brooch fashioned into unique cufflinks. 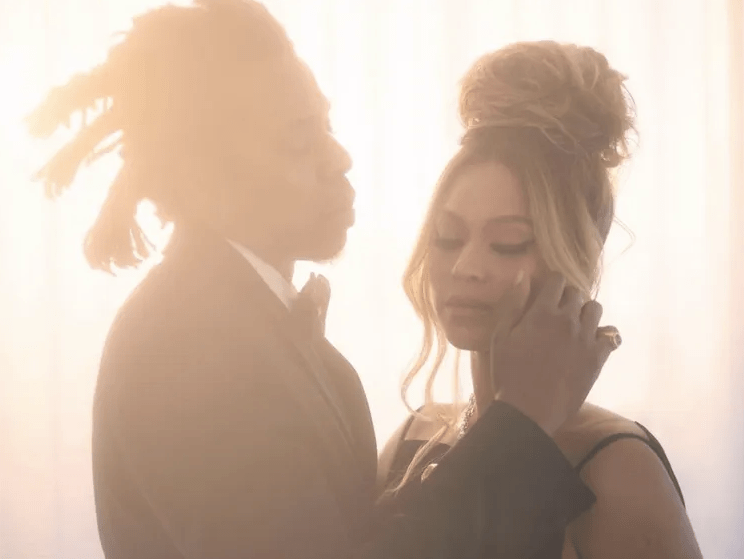 Tiffany & Co.’s rebranding at the hands of LVMH is already off to a splashing start. From the homage to Audrey and Breakfast at Tiffany’s, to the rare showcase of the Yellow Diamond, and all bound by the star power of the likes of Beyoncé and Jay-Z, the “About Love” campaign has already set itself up for success. Now, it will be all the more exciting to see the Carters in the upcoming short film, and how the theme of the collaboration will play out in front of our eyes…

What do you think of the collaboration? How about the newly released images? Are you happy to see modern royalty, Beyoncé and Jay-Z, tip their hats off to the classic legend herself Audrey Hepburn? How are you liking the Breakfast at Tiffany’s theme for the campaign? Will you be waiting to see what pieces are released? More importantly, will you be adding them to you wish list?…