Earlier this week, a small band of thieves robbed the Northbrook, IL (a Chicago suburb) Louis Vuitton store. This group of five, believed to be teenagers and caught on video) got away with about $20,000 of, you guessed it, handbags. Reports are that they entered the store around 7:30pm, grabbed the bags, ran out and fled into a white sedan. No one has been apprehended yet, and police have released video of the suspects. Northbrook Louis Vuitton Robbery Suspect Photos Released

You may recall it was just last fall (October, actually), that a group stole handbags from this same store. In that instance, they also robbed a shopper. Again they escaped in a vehicle and no one was hurt.Shoplifting Group Steals Purses Robs Shopper Northbrook Court

A key takeaway, as this handbag site sometimes reads as a police blotter, is the recognition of the great value in luxury designer handbags. No longer are heist targets merely jewelers like Tiffany or Van Cleef, or your local jewelry store. Luxury designer brands are at risk. And that of course, raises the specter of whether we are safe carrying our bags. 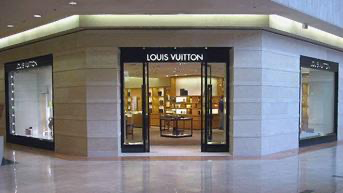