Leave your fake bags at home. It is illegal under French law not only to buy or sell counterfeit good but also to own them. Apparently French law enforcement is trained to spot a fake. This sign greeted a local traveler… France takes this seriously. Photo courtesy community member @evaul_fashion. Photo is from the border between Geneva and France/Lyon. 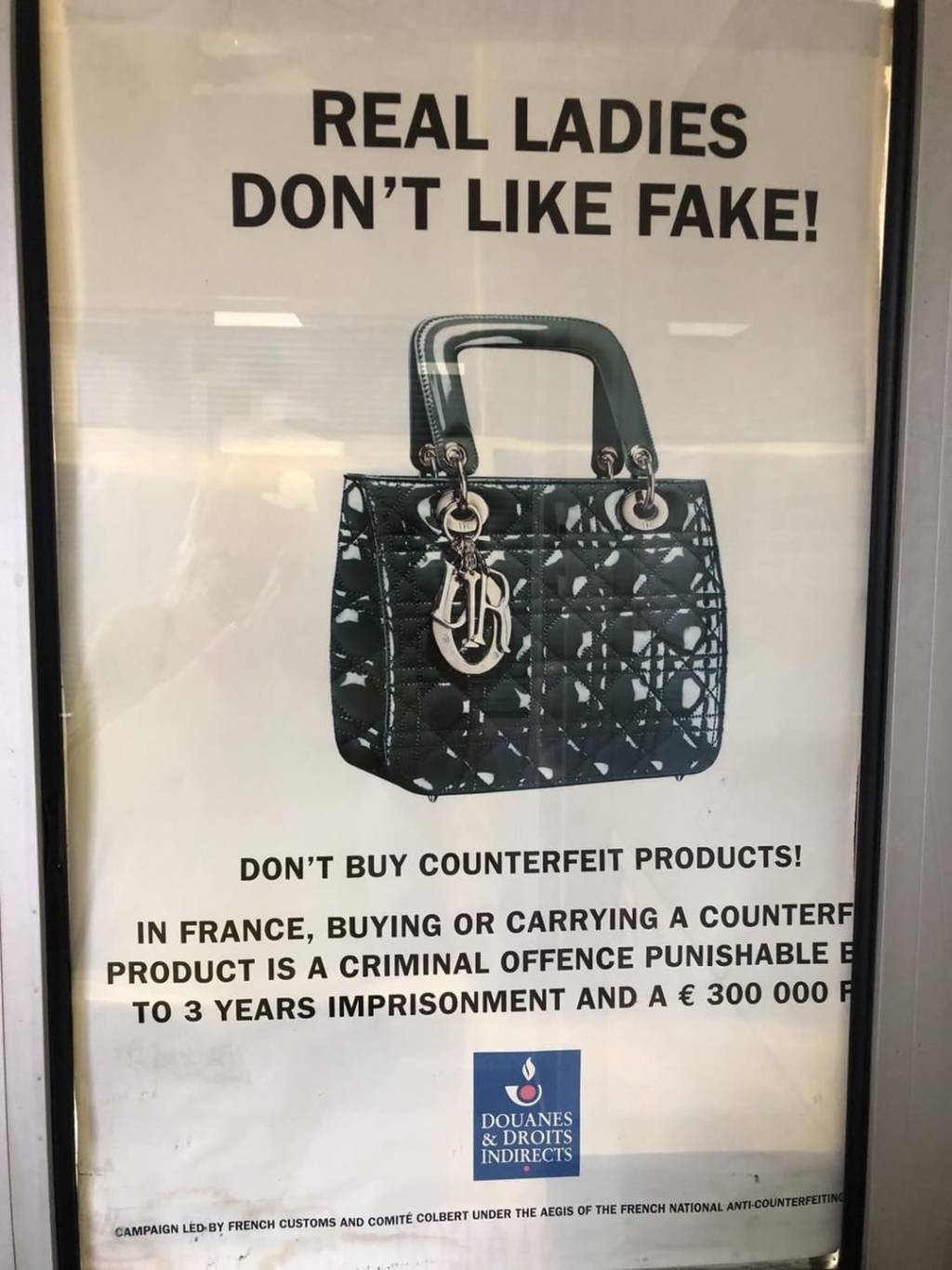 It’s one thing to out-law the production and sales of replica handbags, but to make it illegal to carry one? Replicas are becoming much harder to spot, so to think someone can just assume my bag is fake and attempt putting me in prison, is rather unsettling. I’ve been trying to do research, but am still a bit confused. How does this law actually work? Is it trained law-enforcement or mainly just customs in international travel? If there’s a chance customs might second-guess the authenticity of my handbag and interrogate me, I’m less likely to carry something high-end luxury; while traveling. I don’t need that causing an anxiety attack :’)

It’s not new to me, I can speak for France and Switzerland for sure, I was raised and lived in Switzerland . The fakes have been a major offense ever since I can remember. Fake watches, bags, Lacoste Polo etc… if you get caught with anything fake in your luggage during a random check, or on a random check at the border between countries just driving through.. back in the days when they still had borders,…you could get in serious trouble! the fee for transporting a fake is really high, still is and always has!! I believe you can even get jailed!! Fakes were never tolerated and I really like the idea…Even if you come back with fake Lacoste Polos from Thailand (back when I was younger) China and everywhere else now, it was the same situation, it is not limited to watches and bags only, it’s any brand fakes! It’s a real war against fakes!!! some people didn’t even realized they had bought fakes!!! They were naive and thought that with the exchange fee they were doing good,.. Every once in a while the police will pile up the fakes on the streets and go over with a huge steamroller!! Kind of like a warning!!!! I have seen it done more than once!! It’s liberating!!!
I really like the idea that there is no tolerance!! Speaking for Switzerland and the high standard of Swiss watches, they need to fight against fakes that lower the image of the Brand!
Now a days fakes are much harder to be identified, I am specially thinking of watches like Rolex!! Unfortunately with the EU and lack of border control the situation got out of control, Switzerland is not part of the EU, but I recently decided to go back home from Geneva but going around the lac Léman on the French side and the border are absolutely uncontrolled !!! I mean nobody is there to watch who is getting in or out, it’s insane!!!and only recently government realized they have gone to far but going back to how it used to be will take a long time!!