Gang Accused of Buying Up Half of Hermès Bag Supply

A gang accused of buying up half of Hermès’ bag supply as part of an elaborate money making scheme has been caught by Paris police.

The gang is claimed to have hired women, usually in theater schools or from social media to pose as wealthy clients and purchase Hermès bags only to resell them for three times the retail price. Each of them received up to 500 euros to go to the Hermès boutiques located in France and Europe. These women actors were continuously rotated to avoid arousing suspicion. The investigators report that the gang apparently tried to involve sales staff.

Paris police allege the gang has been making one million euros per month in the scheme.

The women recruited were told to dress in designer clothes to make them appear as wealthy Hermès customers. They were instructed to tell made up stories in order to secure the hard to come by bags, such as claiming they were buying bags for sick relatives.

According to French media, the gang invited possible customers to a fake luxury showroom near Hermès’ flagship Paris store to entice them to buy the bags. A selection of the bags were exported to Asia.

Ten suspects were detained this week. The gang was allegedly working with Chinese nationals. These findings are a result of an 8-month long operation by French police.

Per “Le Parisien” (as reiterated in “LaConceria”), the head of the bag gang is a 40yo Frenchman already known to the police. They estimate earnings in several tens of millions of euros over the four year period of operating this scam. French police became aware of the plot last year and conducted arrests late January 2021. They have been accused of “money laundering”.

The scheme will likely add to Hermès’ growing concerns over customers buying bags with the sole aim of reselling them.

Check out the latest handbag news here at PurseBop.com

Photo courtesy of RUNE HELLESTAD/CORBIS/GETTY IMAGES via The Times 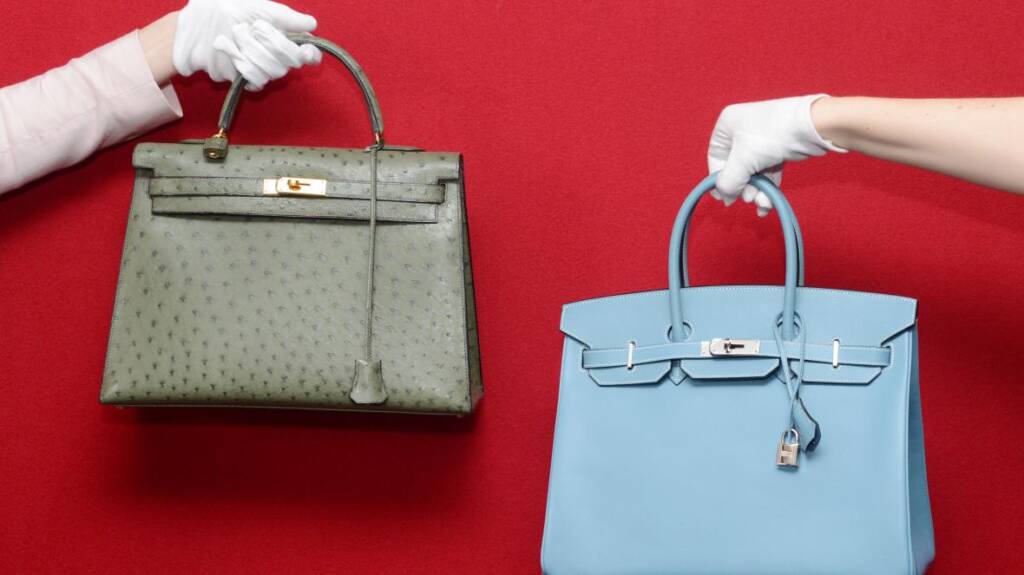 😑I DON’T UNDERSTAND WHAT THE BIG DEAL IS. ONE SHOULD BE ABLE TO BUY AS MANY BAGS THAT CAN BE AFFORDED?😑

Why is this illegal? If I brought a bag aren’t I allowed to resell it for any price I wish? I don’t understand if Hermès got paid why is it their business what the buyer does with the purse afterwards?

It is not surprisingly that H has always been fooled by people that can sweet talk or dress up to give them the coveted bags, yet ignoring true followers or make them go thru hoops to get one. This is a slap in their face especially the ‘showroom’ is so close to FSH. While the article labeled the buyers as ‘victims’, it should not be mistaken that anyone willing to pay three times the original price is willing to bypass the hassle of constantly applying online for appointments or to be told ‘no more bags’ even if they are lucky to get one. It is unacceptable that one cannot walk in to ask for a non B or K without an appointment. They are the victims of their own selling approach.