Sometimes a horse is just a horse… even if it spawns a whole lotta horsesh*t. With a reputation for fashion show spectaculars (particularly in the heyday of Karl Lagerfeld and pre-pandemic) Chanel just sent a horse with its owner, an experienced equestrian, Chanel brand Ambassador, and actual princess, down the runway and social media went nuts. Was it a stupid idea? Perhaps. Was it cruel to the horse as some allege? Doubtful, since Princess Charlotte Casiraghi rode her own steed, certainly by her own choice.

Does it smack of Hermès inspiration as others have suggested? Well if every horse means Hermès and every trunk screams Louis Vuitton, then maybe.  And even then, maybe not. After all, Coco Chanel herself was a horse rider and this passion inspired many of her own designs. Furthermore, she has long been recognized as a trailblazer in equestrian designs for women – designing her own jodhpurs in the 1920s.

Sport – of all kinds – has always been part of the Chanel culture. Just think of the surfboards, bicycles, weights, balls… the House has issued. According to vogue.com, the message (even if garbled to some) is that even Chanel’s finest dressage works for “playing golf or riding a horse.”

When you look at it from the roots of Chanel, featuring a horse isn’t such a jump. More annoying is the apparent attempt to rival Hermès in marketing strategy and pricing… 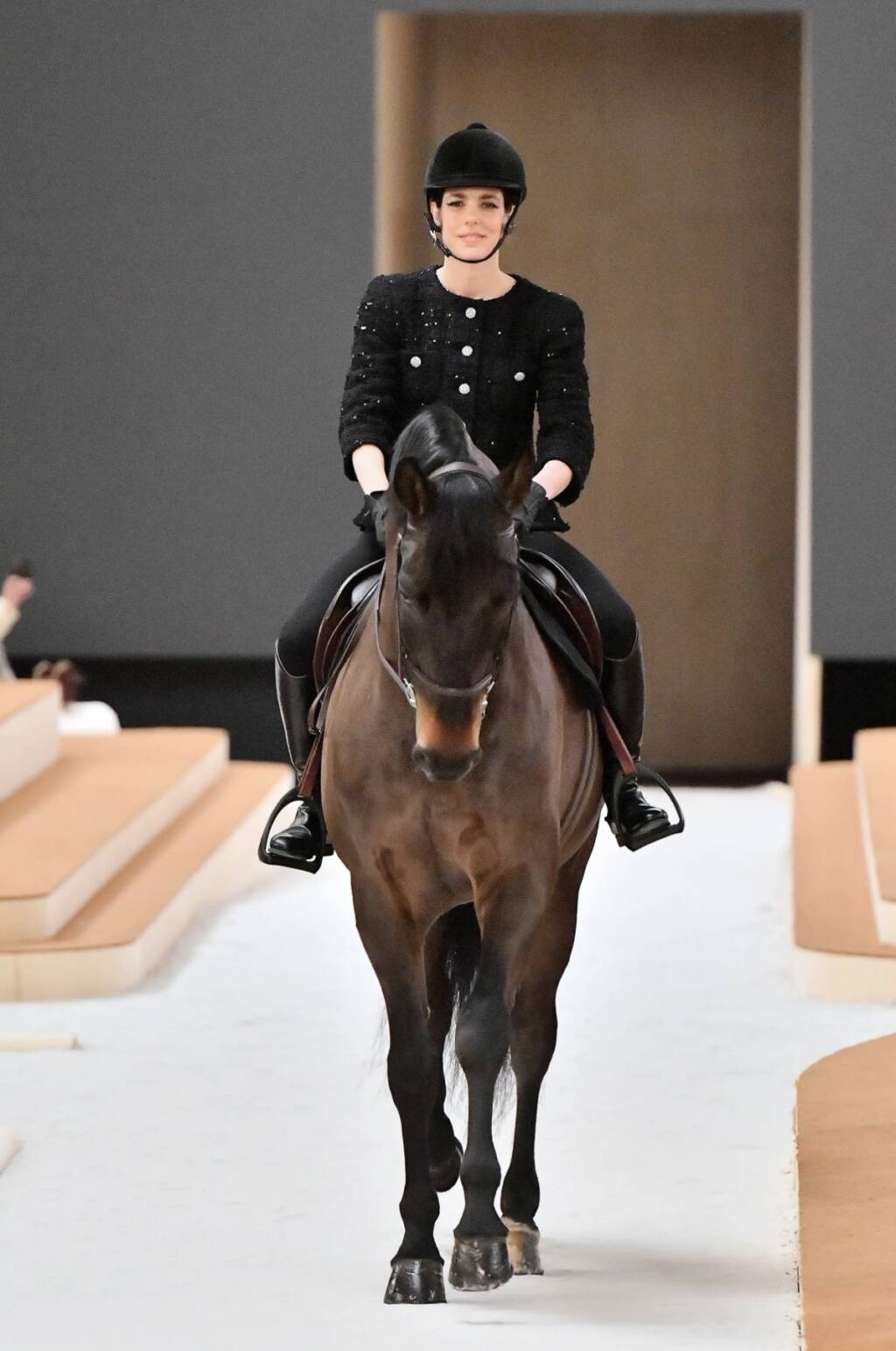 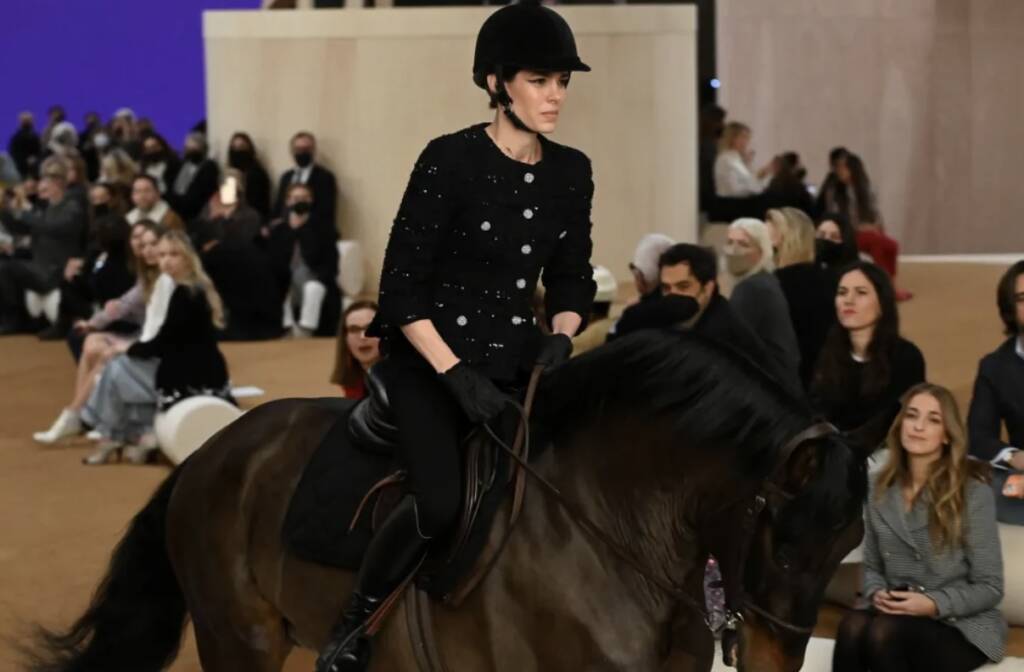