Say goodbye to the iconic, chocolate brown Louis Vuitton bags, and get familiar with LV’s bright, new hue! According to WWD, over the weekend Louis Vuitton started introducing new packaging in a color called “safran impérial” (imperial saffron), which is an ochre yellow color. The new shopping bags and boxes feature cobalt-blue handles and ribbons.

This is a big change considering chocolate brown bags have been synonymous with Louis Vuitton since 2003. Louis Vuitton’s chairman and chief executive officer, Michael Burke, expressed that the brown, while chic, was “a tad masculine” and not as joyful as the new color scheme. Burke strongly emphasizes that the color change will make Louis Vuitton stand out: “We don’t want the packaging to be fashionable. It’s supposed to have quite a long life cycle,” he said. “In most cases, brand colors play off of black and white. We wanted to be different.” The new bags are made with thicker paper and are a lot more durable compared to the previous ones. The boxes are more environmentally friendly and are easier to collapse for shipping purposes.

The saffron shade isn’t just an arbitrary choice – it has a close relationship with the brand’s history. This color was featured on a vintage trunk known as the “Citroën”, which was commissioned by the French carmaker for an expedition in 1924. The color also resembles the look of Louis Vuitton’s natural leather with a slight patina after years of use. Artistic director, Nicolas Ghesquière has used the saffron shade in recent collections with handbags such as the Petite malle and Boîte Flacons. As for the symbolism of the blue, Louis Vuitton has used blue for personalization details such as initials as well as ribbons since the founding of the brand in 1854.

The new packaging will be available in the 180 locations that will carry Louis Vutton’s new perfumes that debut in early September. Soon after, the bags will roll out worldwide to all 450 of Louis Vuitton’s stores.

Do you like the look of the new packaging? Do you think other brands should start re-thinking their packaging to look more unique or be more environmentally friendly? Share your thoughts below! 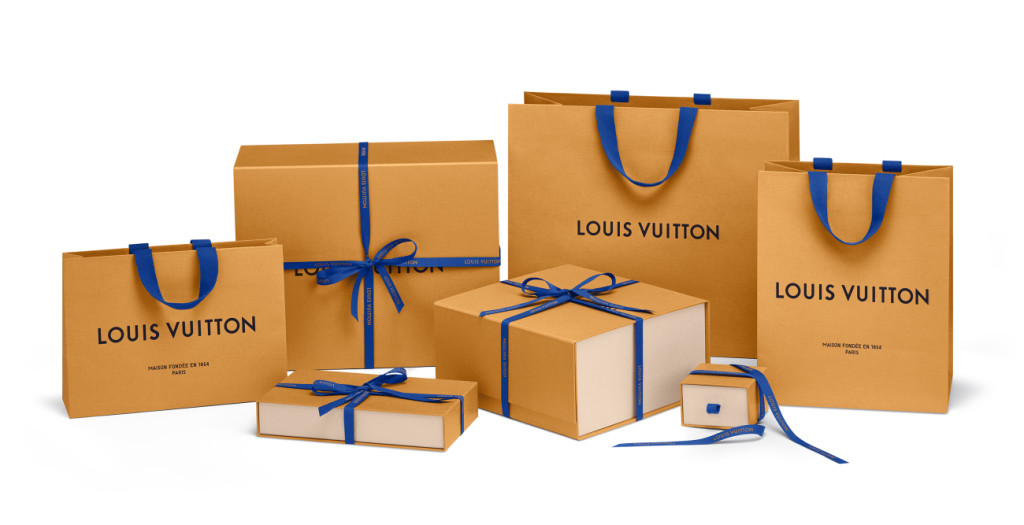 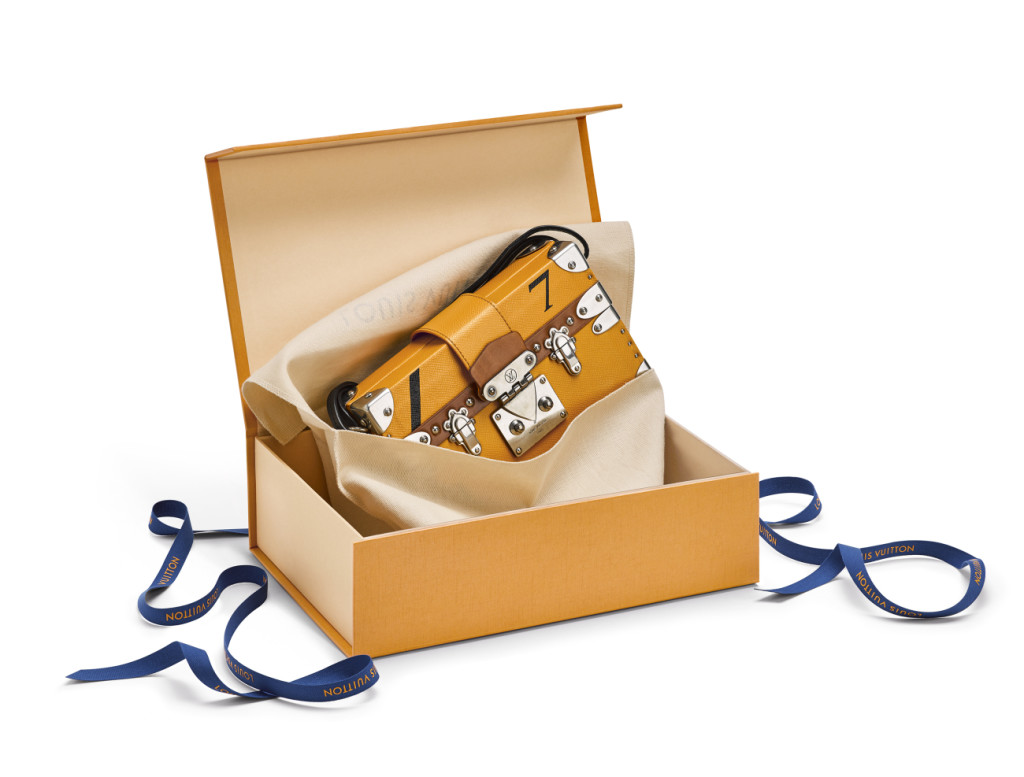 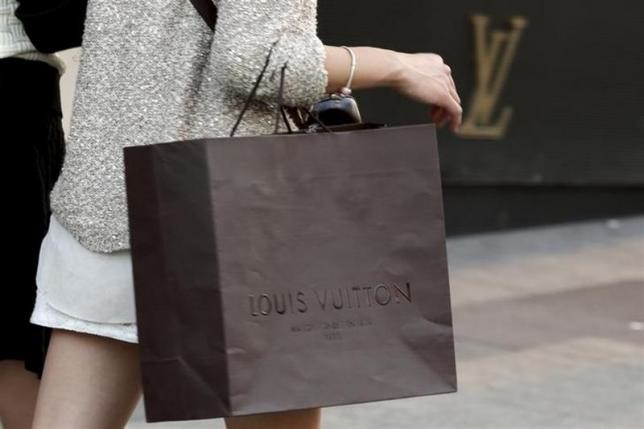 I don’t mind it at all – I’m sure the Hermes orange they instated was shocking at the time and now it’s a classic. I love blue, so the ribbon is pretty. It helps them stand out from other luxury brands that have dark bags like Gucci. ?????