Fallout continues from last week’s opening of a new Louis Vuitton production facility in Texas. Or perhaps, we should say, there’s falling out of the Company line in praising U.S. President Trump. Three days after the President attended and spoke at the grand opening ceremony, LV’s Women’s Artistic Director Nicolas Ghesquière publicly stated his opposition to any association with Trump.

⁣“Standing against any political action. I am a fashion designer refusing this association #trumpisajoke #homophobia.”

The Trump Administration’s presence and participation in the October 17 Louis Vuitton event was both hailed and criticized.

On October 18, Grab Your Wallet, an organization that promotes boycotts of companies aligned with Trump or his administration, called for a boycott of Louis Vuitton and all of the companies owned by its corporate parent, LVMH: read Louis Vuitton Faces Boycott Threat

Do you think LV expected blowback? Or is this a case of all press is good press? Interestingly, LV’s official IG account and its US website make no mention of the new Texas facility opening. Furthermore, do you expect any repercussions against Ghesquière by LV?

Tell us what you think below. 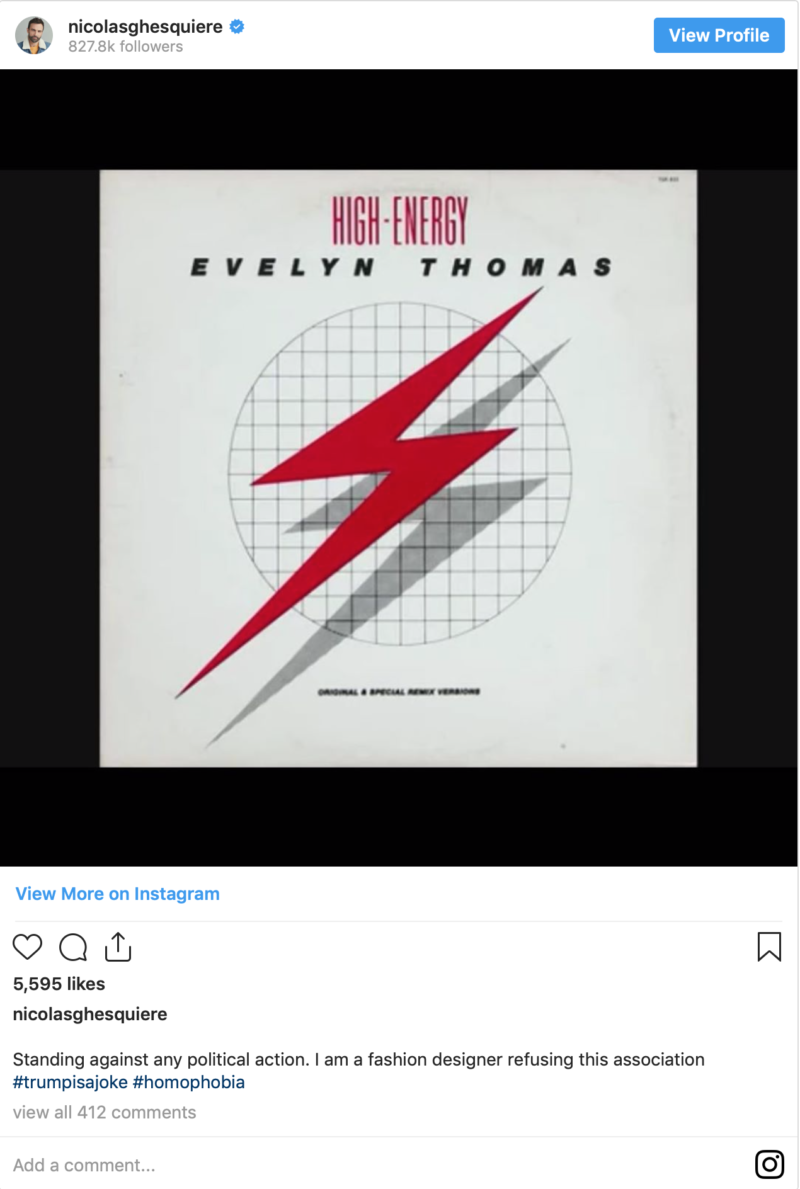 Seriously, given how despised Trump is in both the US and around the world, you have to wonder who’s idea it was to have him there. The PR people really didn’t do their job here.

Ghesquiere has a right to his opinion. In the US of A one of our basic rights is the right to free speech. He can criticize if he wants. Whether his boss or LV reprimand him is up to them and their corporate policies.

It’s shameful of them to move into our country and speak negatively of our President! You don’t go to someone’s house as a guest and criticize the host!!