A new PETA investigation claims to show what goes on behind closed doors at exotic animal farms. This time, the focus is on two particular slaughterhouses located in Indonesia which allegedly supply exotic skins to luxury conglomerates LVMH and Kering. The former is parent company to brands such as Louis Vuitton and Dior, while Kering owns Gucci, Bottega Veneta and Saint Laurent.

This is not the first time that the luxury world has come under fire for its exotic goods sourcing practices. Recall earlier this year, we reported on another PETA investigation claiming animal cruelty on crocodile farms used to supply luxury brand Hermès.

Specific to this scenario, an official press release by PETA discloses the specifics of its findings that various snake species, such as pythons, were found to be beaten repeatedly and then skinned alive. Others were hung mid air with water hoses forced down their throats in order to inflate them- making it easier to peel their skin. Similarly, the animal rights group shared that the lizards used to produce the exotic skin goods sold by these brands, had their necks hacked at least 14 times before being decapitated. 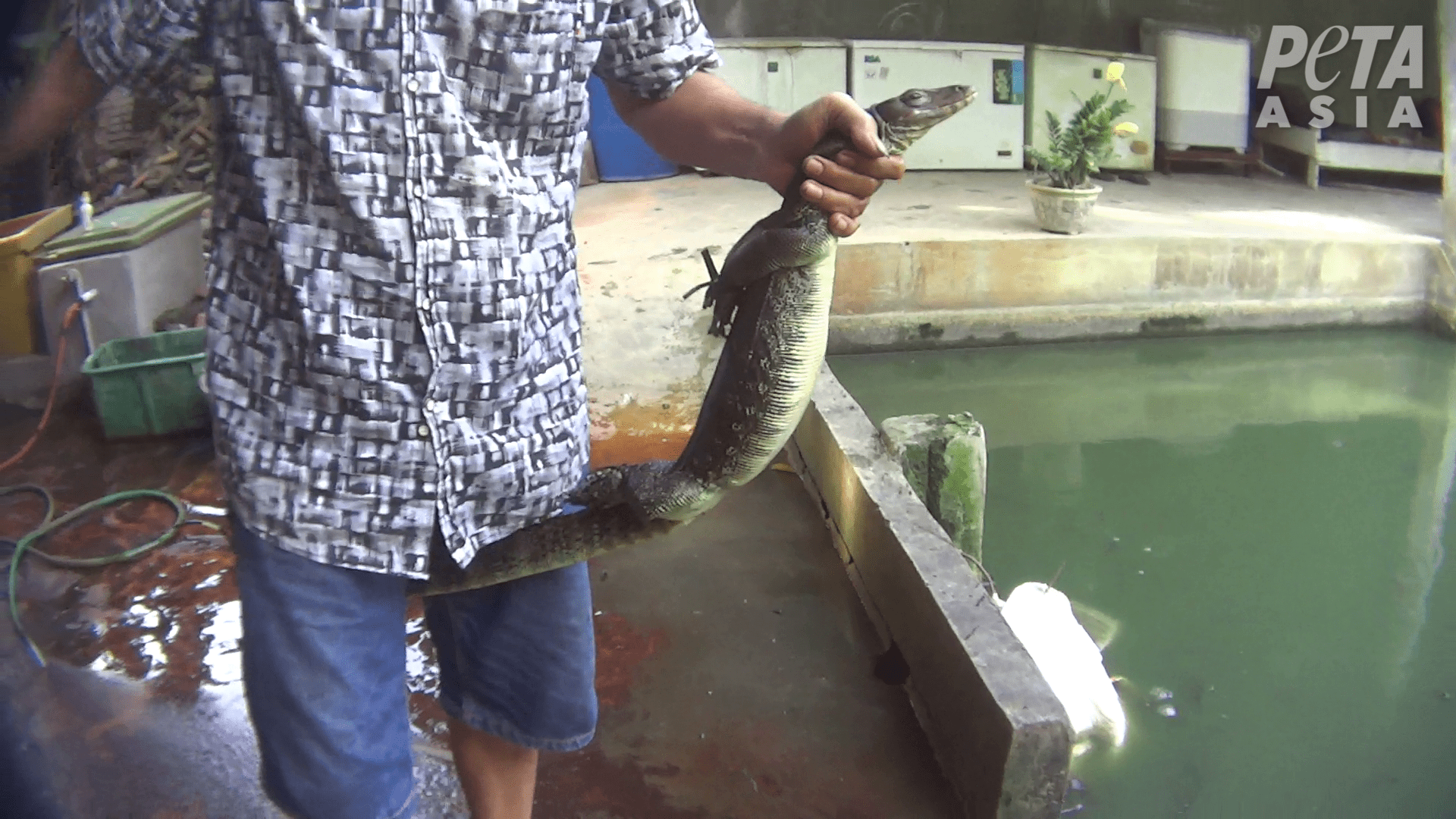 In its report PETA emphasized that the anatomy of these reptiles is different from others in that they remain conscious for more than 30 minutes after decapitation. As a result, PETA claims, lizards are able to feel pain during this. The organization shared images and videos showing some of the reptiles still moving after their heads were cut off.

In its continued efforts to stop the use of animals in the production of luxury goods, PETA has been steadfast in reiterating its motto that “animals are not ours to wear.” Following the earlier instance involving Hermès, the head of the organization has sent two, publically viewable letters to both LVMH and Kering, demanding that these practices be abolished.

Though it is not known whether the companies have responded directly to the letters sent by PETA Executive Vice President Tracy Reiman, both issued press statements. Kering shared with WWD the following:

“[Kering] remains committed to respecting the highest standards of animal sustainability and labor conditions in its sourcing of precious skins… As for the information regarding the mistreatment of lizards in an Indonesian processing facility that was brought to us by PETA, while we have taken these allegations very seriously, there is no evidence that Kering brands are directly or indirectly connected with this facility or those practices.”

Similarly, LVMH issued a statement in the New York Post saying that the company “respects all views and sensitivities on the use of animal-based raw materials and we support and are actively involved in the sector’s efforts to achieve the best possible practices. Our intention is to provide customers with a product that has been made in the most responsible and ethical manner possible.”