YouTuber Jeffree Star Loses Rare $60,000 Birkin for 3 Days After Checking the Bag in With Airline

Earlier this month YouTuber and makeup mogul, Jeffree Star, was temporarily separated from one of his rare Birkin bags after regretfully checking the bag in with a Dutch Airline.

Flying from Scotland to LAX Airport, the beauty guru had a connection flight in Amsterdam. It was there that he checked in his luggage containing the rare Hermès bag with KLM Airlines.

When Star arrived back in LA he discovered that his luggage was missing.

Inside one of the missing suitcases was his rare ultra-violet Birkin bag worth tens of thousands of dollars ($60,000 to be exact).

Star appeared worried about his missing treasure and seemed to regret his decision to check his luggage in with the bag inside one of his suitcases.

Taking to Twitter he wrote, “I’m aware of how stupid I am for packing [the bag] in my suitcase”. He accompanied his tweet with the hashtag #PrayForTheBirkin.

As well as being an accomplished beauty entrepreneur and YouTuber, Star is also known for his Birkin collection, one of the largest in the world.

Star explained on Twitter that the ordeal had made him have “sleepless nights”.

After 3 days the rare Birkin was found and returned to him by the airline. Star posted the news along with pictures of him safely returning the bag to his famous pink vault closet on his various social media channels to express his relief.

So let this be a warning to all you jet setters out there who travel with luxury items to not check them in unless you can bare to part with them for three days!
Read related articles:
YouTube Star Unlocks His ‘Museum of Fashion’ Containing Rare LV and Hermès Pieces
Jeffree Star says an airline lost his $60,000 Birkin bag, but admits he was ‘stupid’ to pack it in his luggage 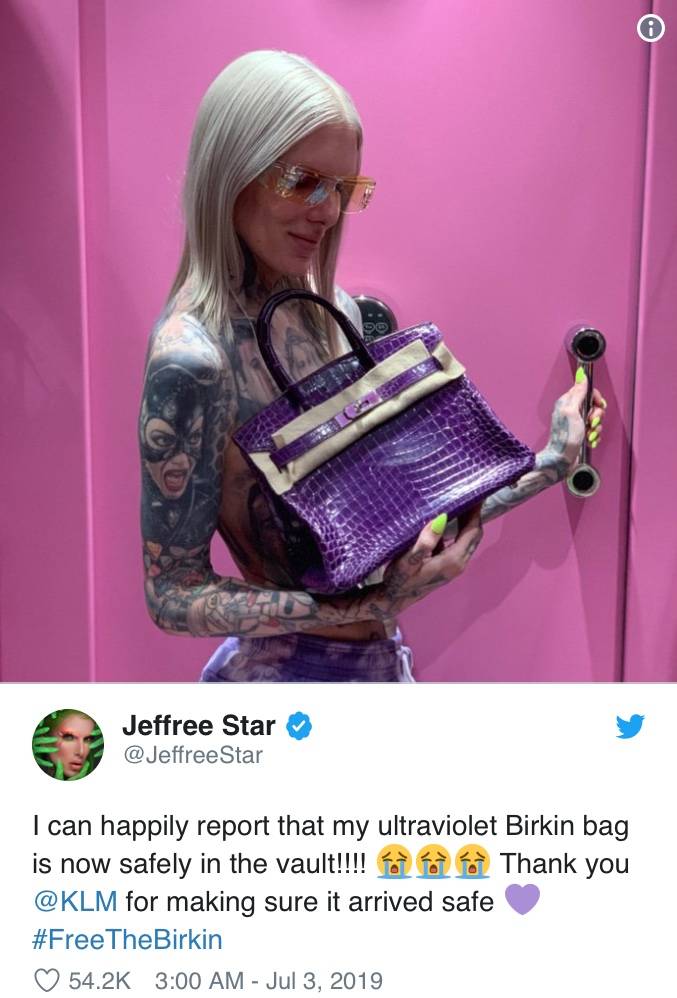 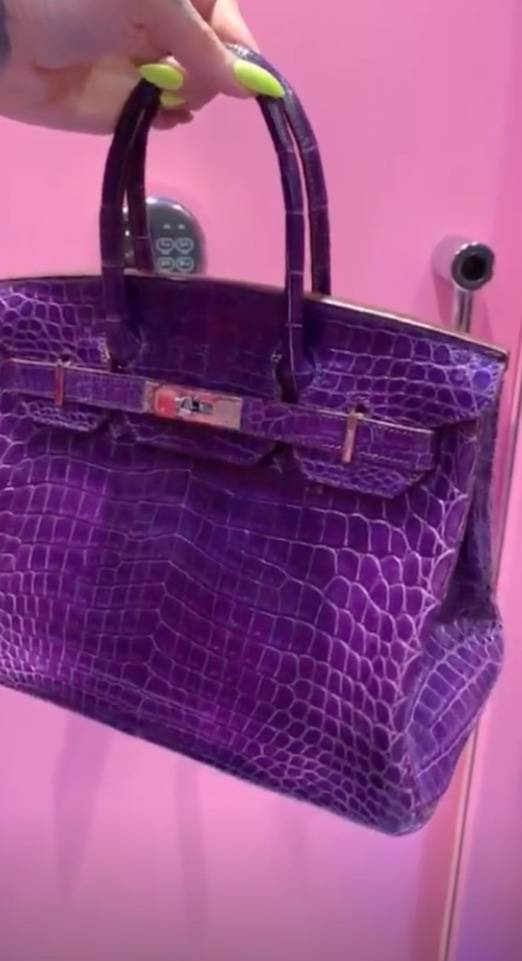