Cartier has just launched its latest variation of the iconic Juste Un Clou necklace! This new collection will have a diamond option and a non-diamond option. 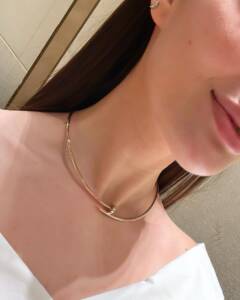 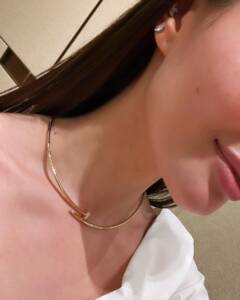 The History of the Juste Un Clou, a Cartier Icon

A cult favorite, the Juste Un Clou bracelet was designed in 1971 in New York City by Aldo Cipullo, who also designed the infamous Love bracelet. Cipullo, who was known for being fond of everyday objects such as bolts, nuts, and screws, was inspired by the humble nail when creating this collection. 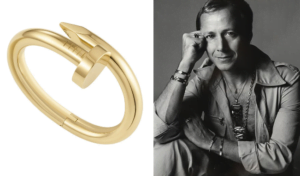 In 2012, Cartier relaunched the Juste Un Clou design by Cipullo in New York City to commemorate Cartier’s 165th anniversary at its flagship store on Fifth Avenue.  As a nod to Cipullo, Cartier’s anniversary was set against a backdrop of New York City in the 1970’s. Cartier made the evening even more spectacular by releasing an entire collection based off the original Juste Un Clou bracelet. This was when Cartier first exhibited the “original” Juste Un Clou necklace! 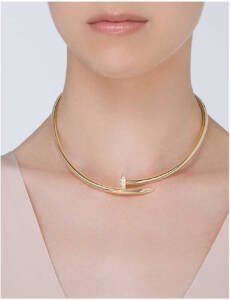 Modern, edgy, and provocative, the Juste Un Clou has become a widely recognizable piece thanks to Cipullo’s inspiration from hardware stores, where he spent most of his time. This collection has rightfully transcended through time given its versatility and wearability. While the Juste Un Clou translates to “just a nail”, it will always mean more than that to jewelry fanatics. It’s a personal favorite and a must have if you ask me! 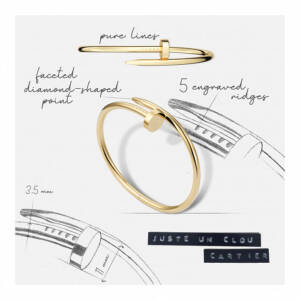 Back in 2012, when Cartier first launched the Juste Un Clou necklace, this “original” design was much thicker and had more diamonds. The initial design included 162 brilliant-cut diamonds totaling 3.17 carats, and its width is 6 mm. The original Clou necklace is retailing at $103,000 USD. 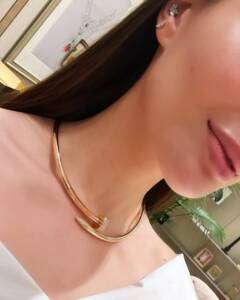 The Second Variation of the Juste Un Clou Necklace

A few years later, Cartier created another variation of the Juste Un Clou necklace. This new variation was meant to be more affordable and easier to wear during the day. It is slightly thinner than the first design and comes with two options: diamonds and no diamonds. The diamond option consists of 65 brilliant-cut diamonds totaling 0.67 carats, and its width is 4.5mm. 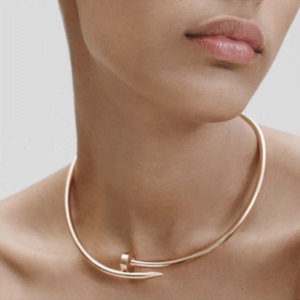 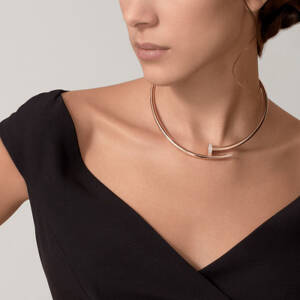 And now… In 2021, Cartier just launched another variation of the Juste Un Clou necklace! This new variation is meant to be even more budget friendly and easier to wear as an everyday piece! It’s much thinner when compared to the previous two Juste Un Clou necklaces. This new variation is set with 57 brilliant-cut diamonds totaling 0.20 carats. Cartier has not officially disclosed the new width of this necklace, but we speculate the new width to be around ~3.5mm. This new diamond design is currently retailing at $15,200 USD. 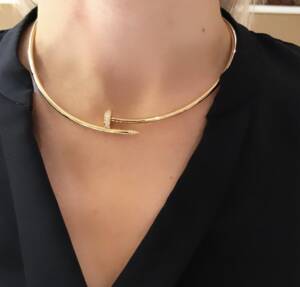 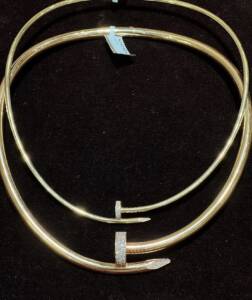 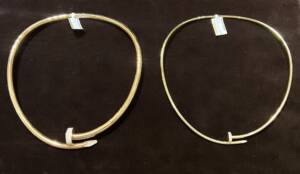 The original in rose gold next to the newest variation in yellow gold. @diamondsindubai

What do you think? Do you prefer this new size? Do you see yourself adding this necklace to your jewelry collection?

Designer Bags or Fine Jewelry? Which Has Your Vote?

Is Fine Jewelry a Better Investment Than Luxury Handbags? 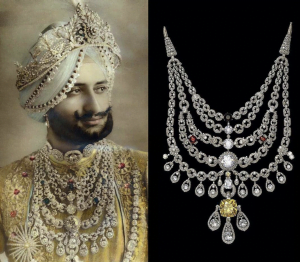 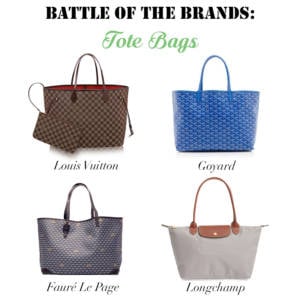 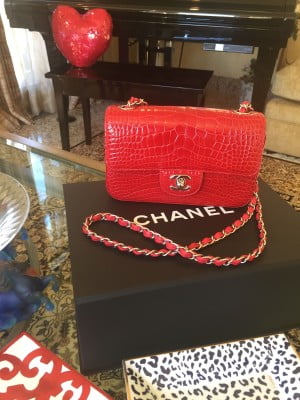 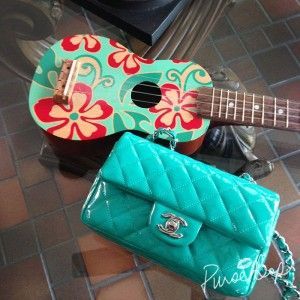