Recycle, refresh and . . . downsize is the Dior Spring 2020 treatment of its popular model bags. Yes, the smaller Book Tote appeared, among other re-imaginations of the House’s popular bags.

Dior’s runway show took place in a virtual forest or garden, hewing to its overall theme of nature and preserving resources. Following this included a zero waste policy and a commitment to reuse and replant the backdrop trees around Paris. Perhaps similarly, the bags carried by models were variations on the Book Tote, Lady Dior, Messenger and 30 Montaigne styles. We spotted one floral Saddle bag, which Dior already featured on its Instagram. But let’s start with the new or semi-new. 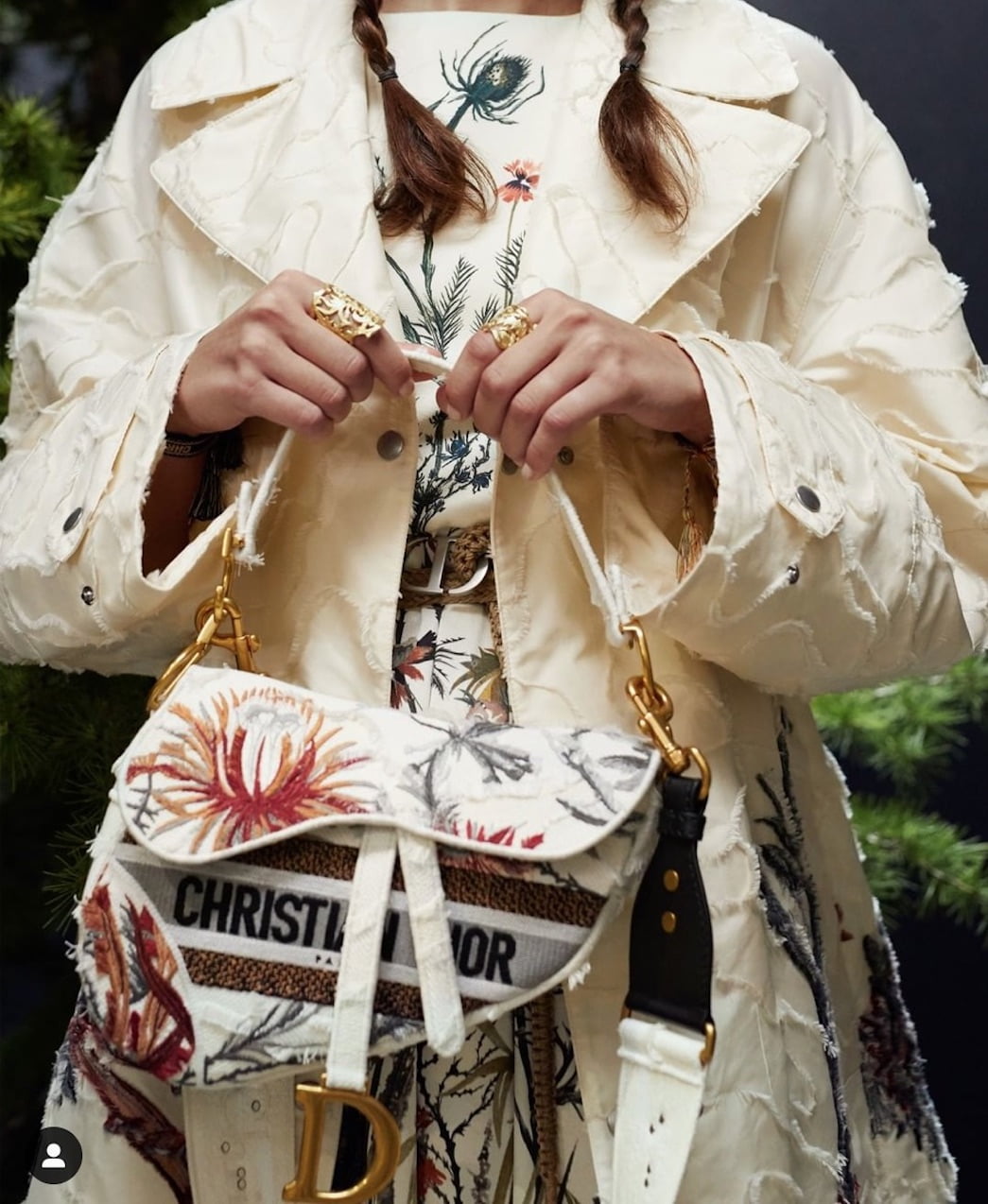 There were two fresh-ish totes. First, the highly-anticipated and already-available-in some-markets smaller version of the Book Tote appeared on the runway.

Lucky for us Dior showed the same bag in both sizes. Which do you prefer: Small (on the left) or traditional (on the right)?

Also read: A Favorite Dior Tote is About to Get Smaller 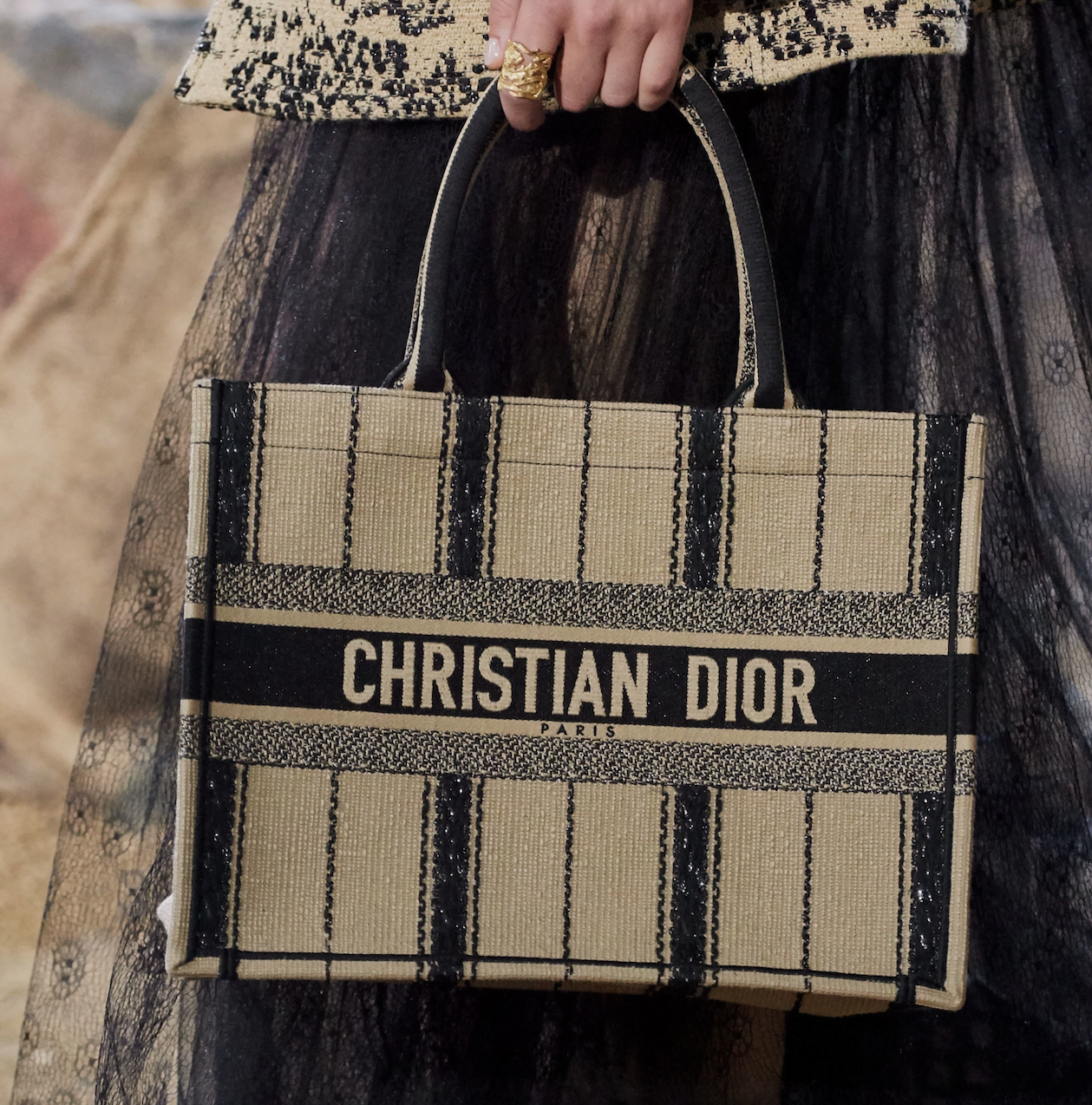 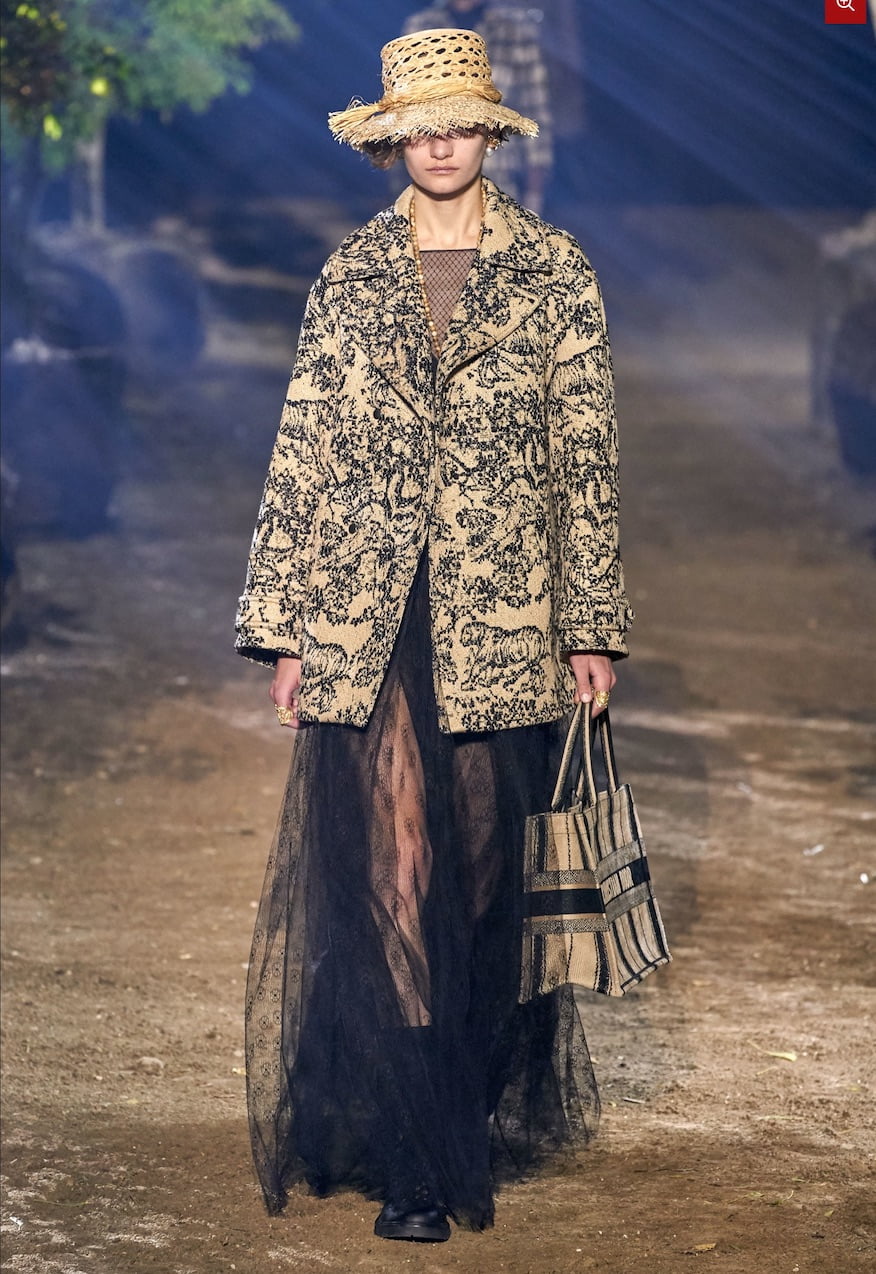 Another creation – though clearly in line with nature and flora – is a gardening-style tote. It has many exterior pockets to hold the tools to tend your garden. Even the models had spades, shovels and mini-rakes on display. 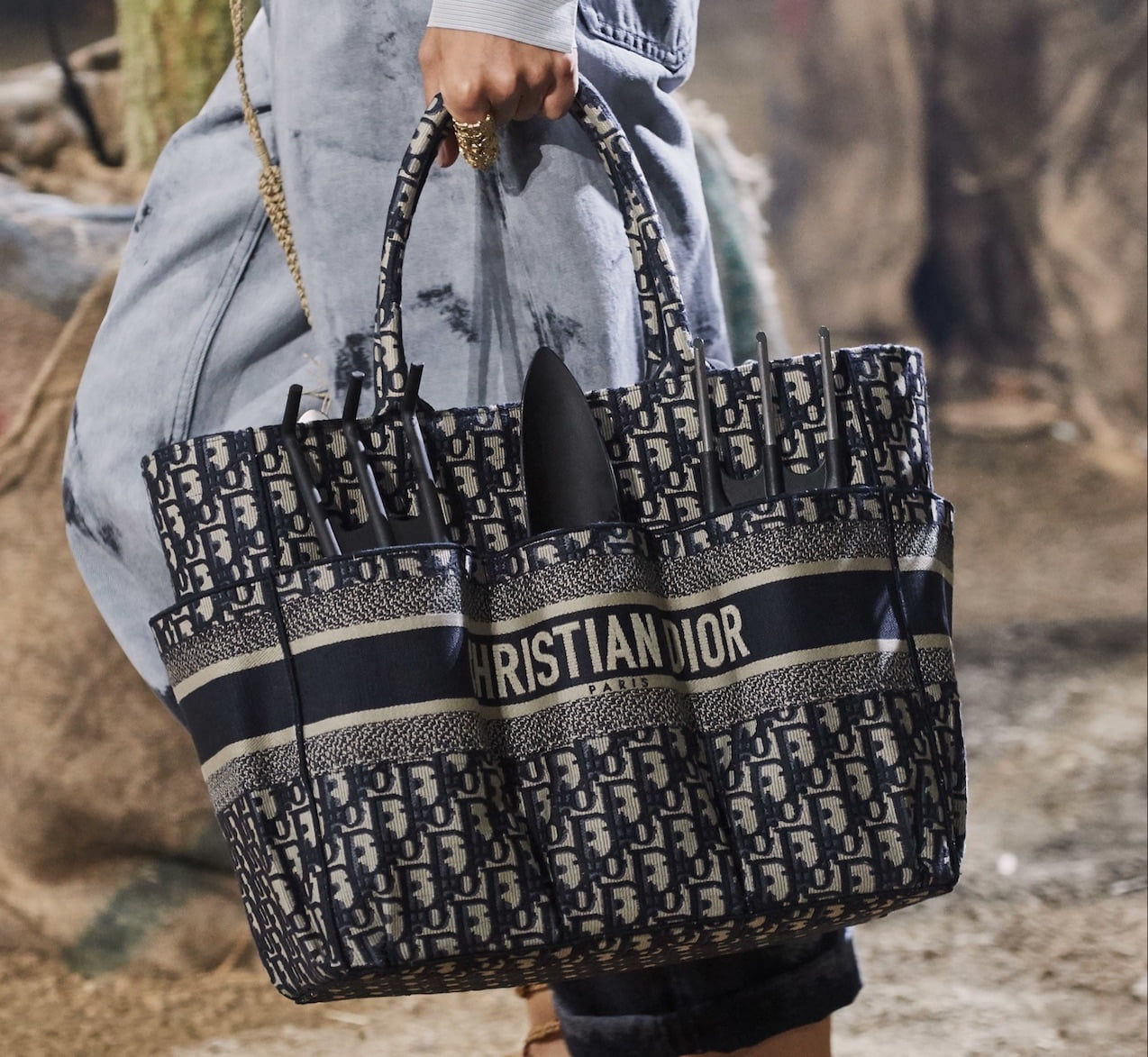 The rest, as we said, were variations on popular designs, the variation being in the fabrications. Patterned denims, florals, logos and houndstooth dominated all models.

The most frequently featured style was the Book Tote, seen below in many iterations. 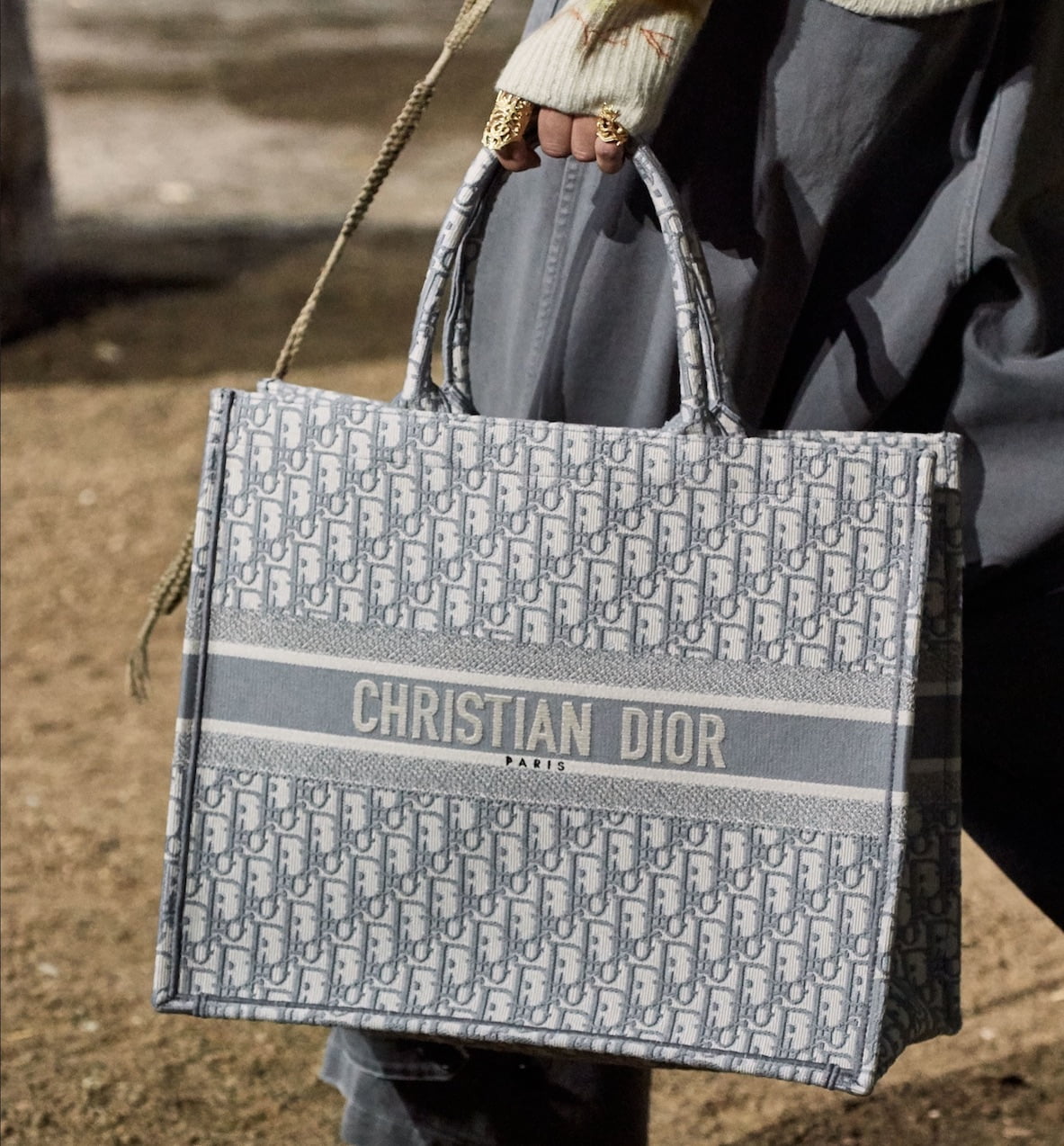 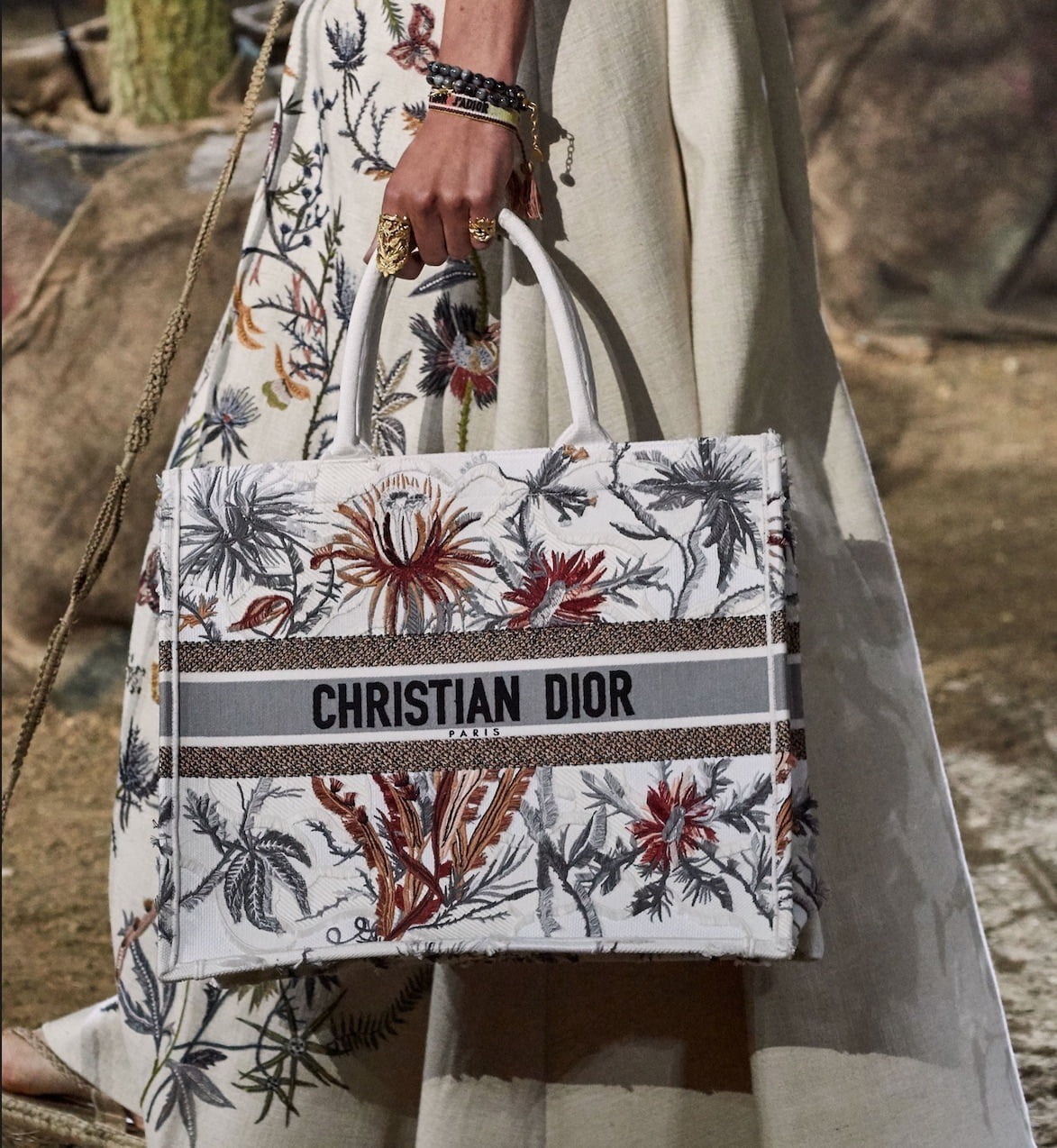 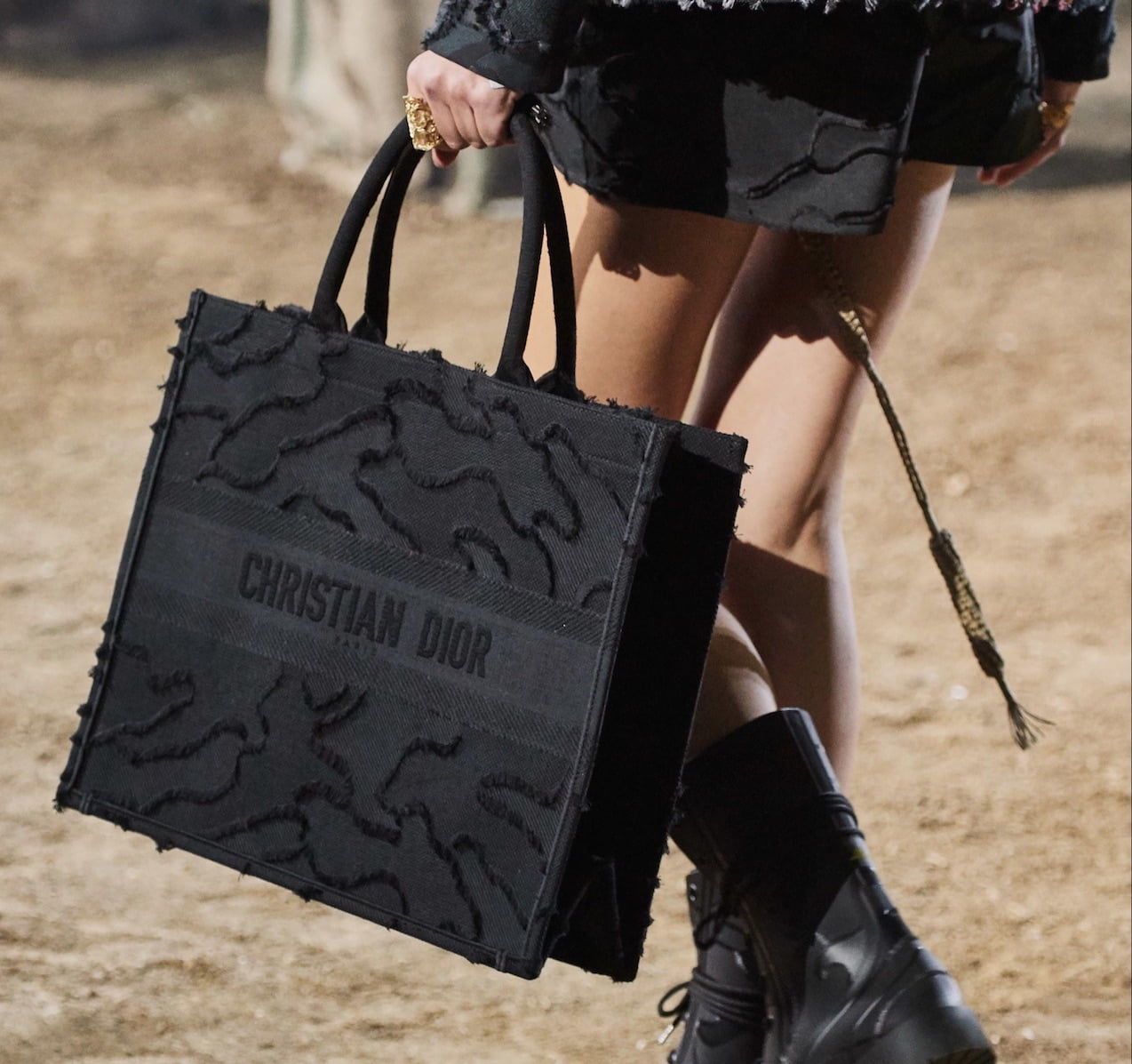 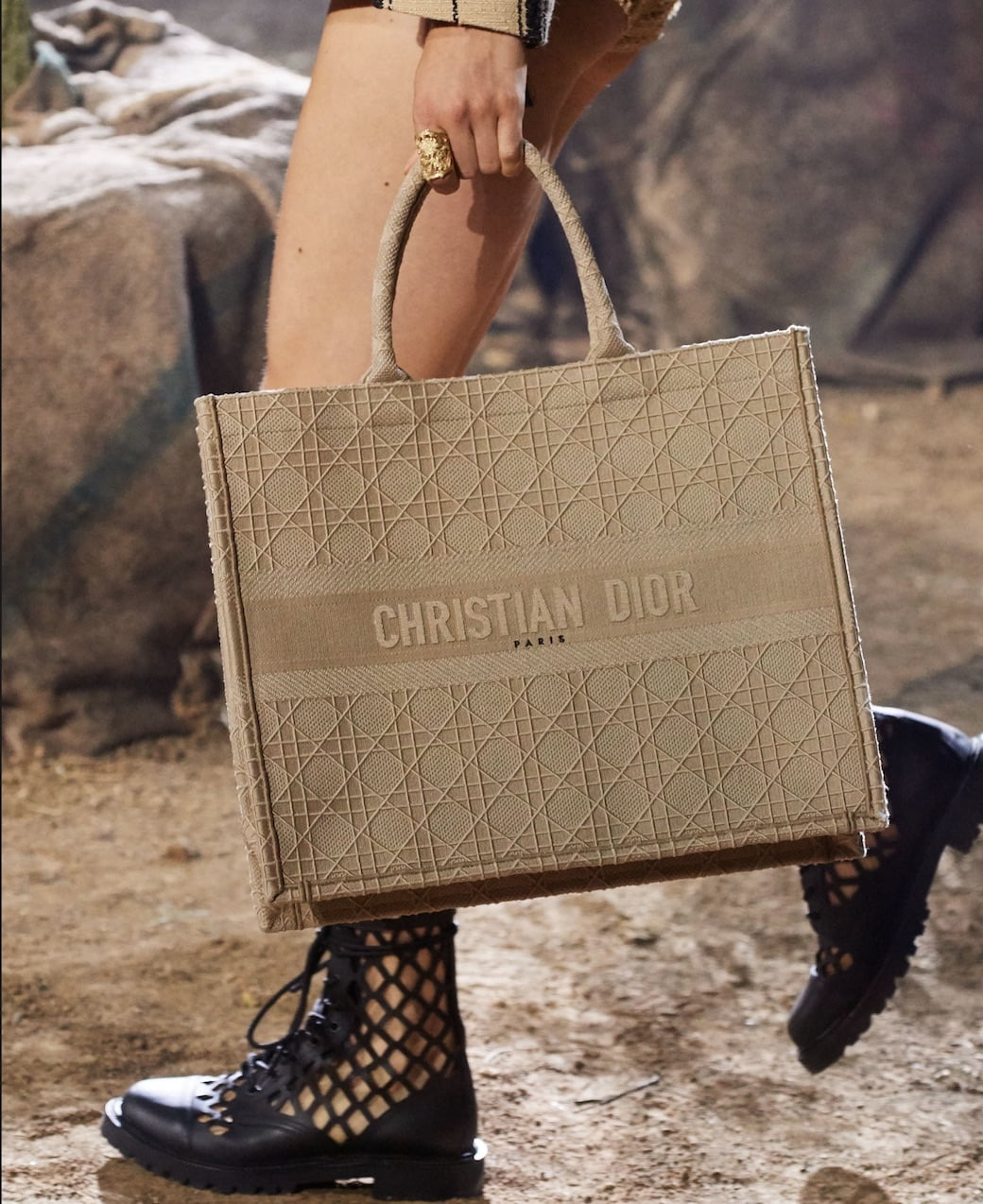 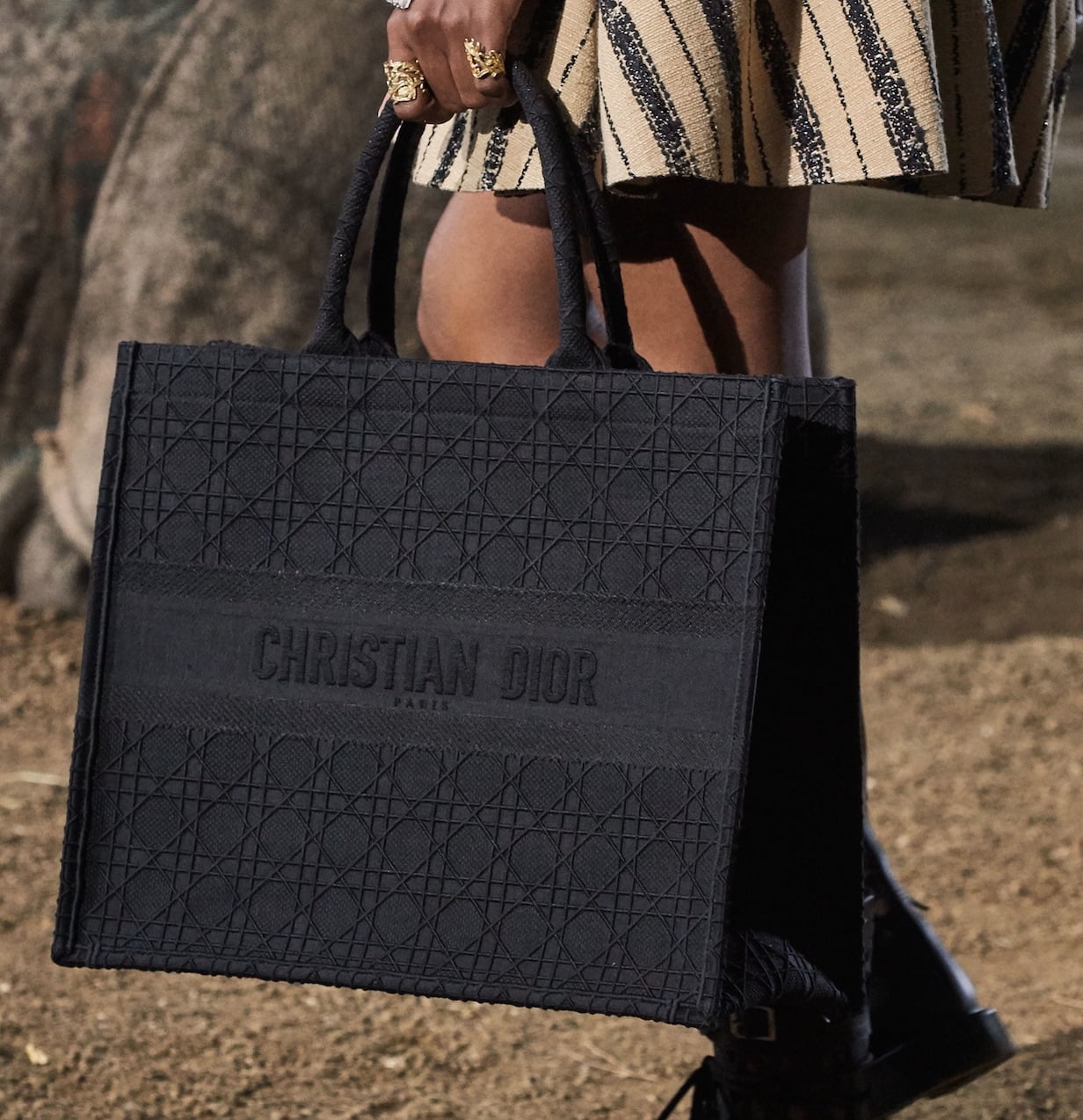 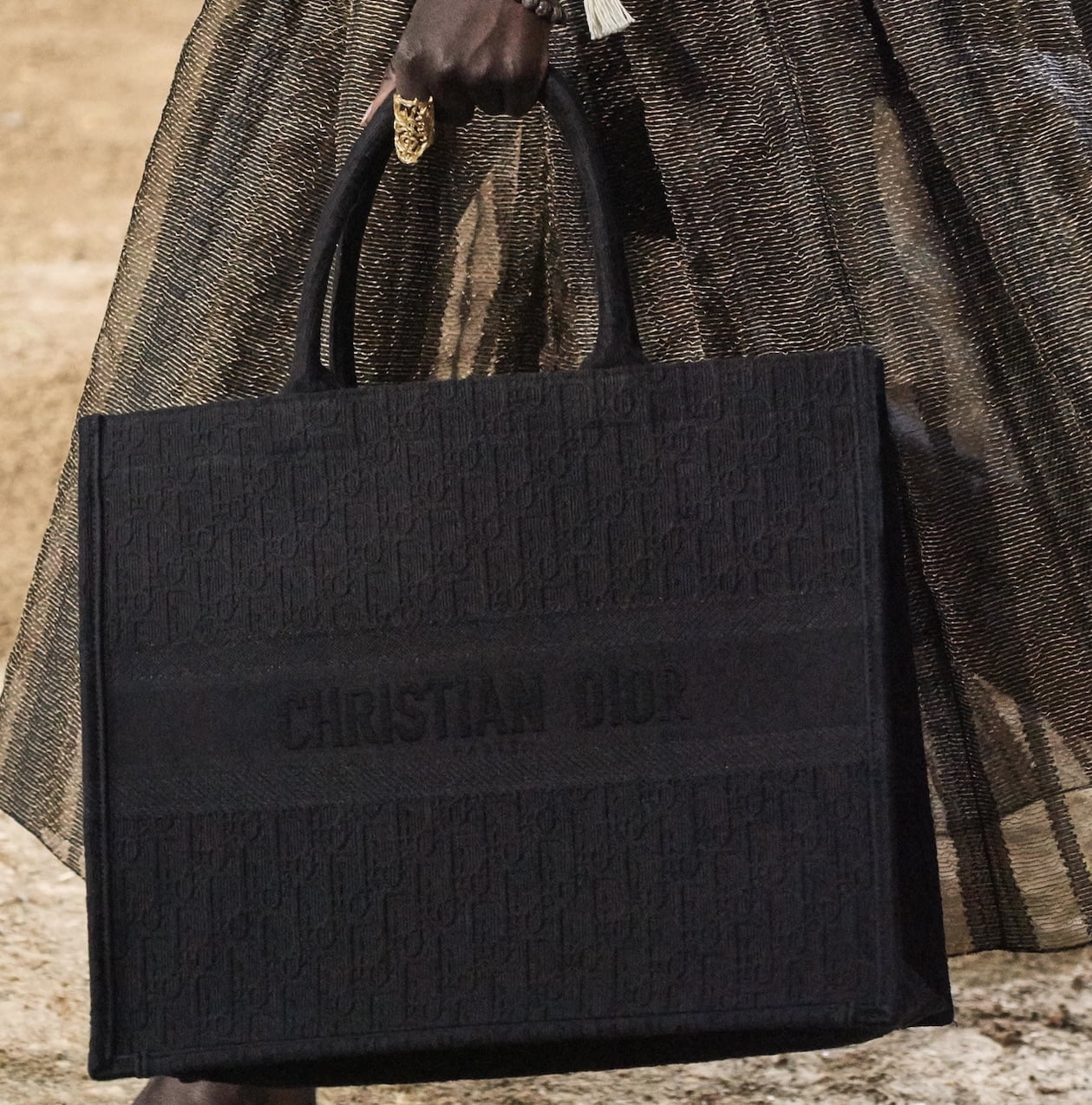 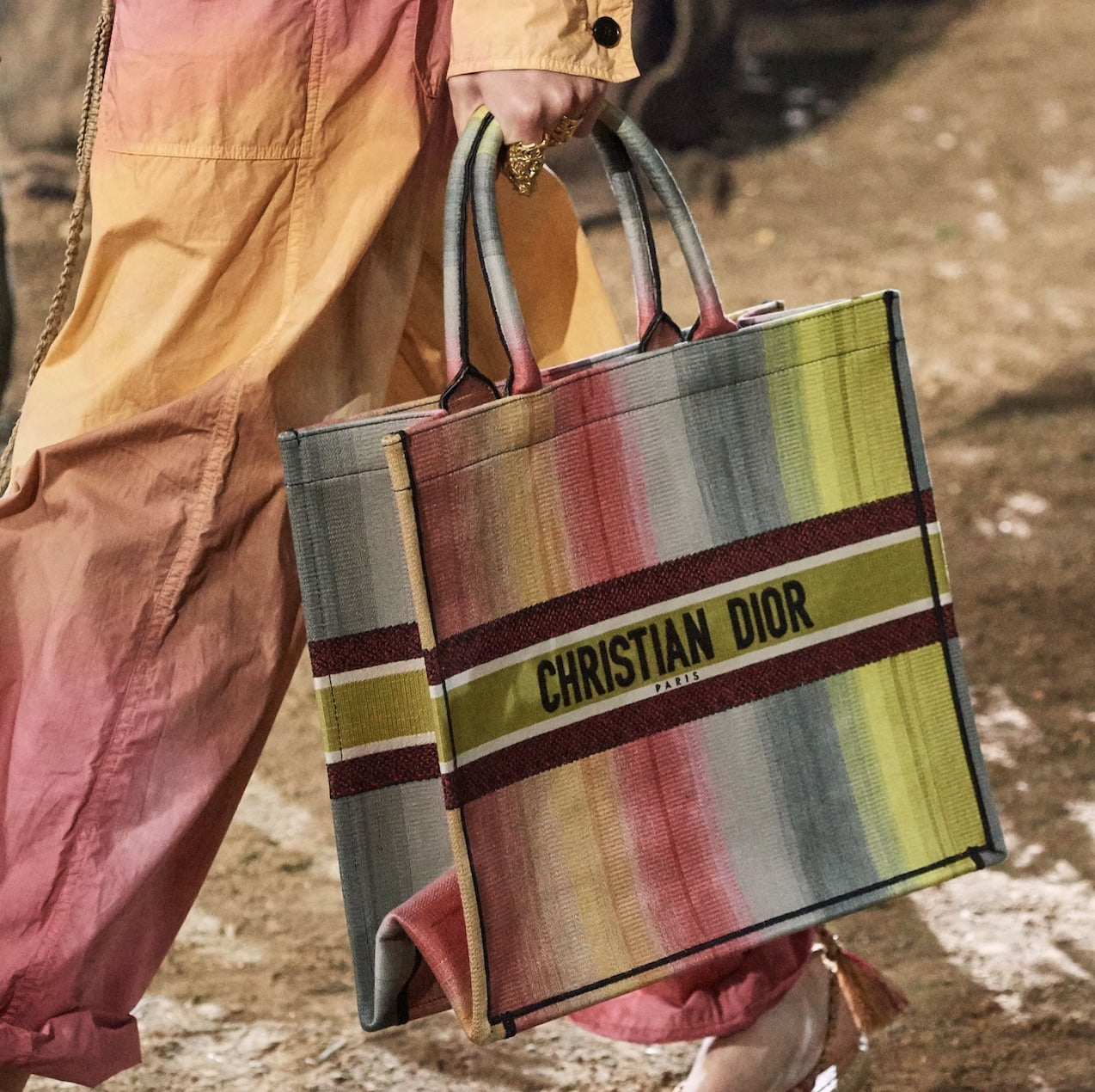 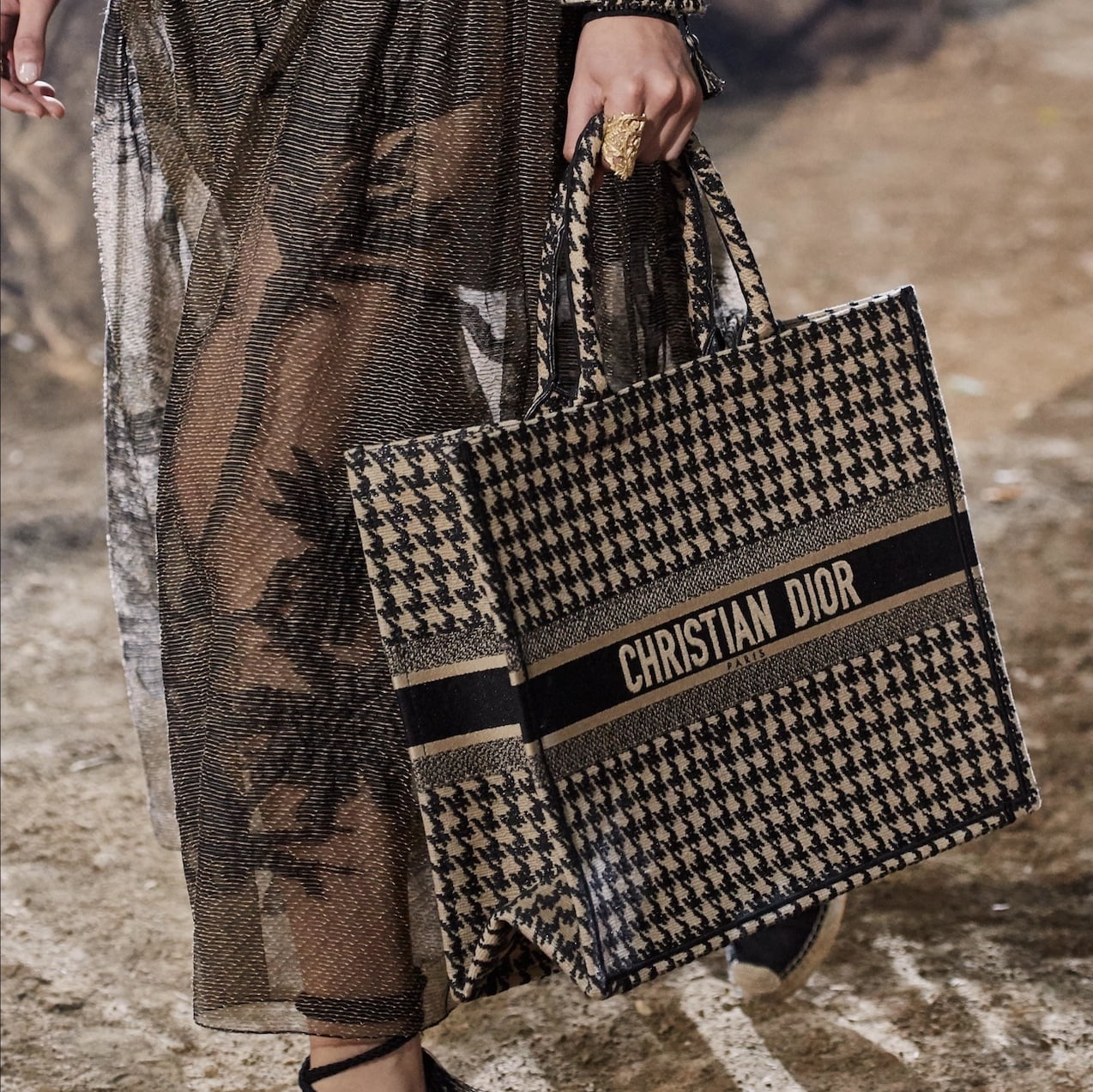 For those seeking a smaller, feminine, structured tote, the ever-popular Lady Dior was, well, popular on the runway. However, even this style had an earthy vibe – in different hued denims with thick removable shoulder straps. 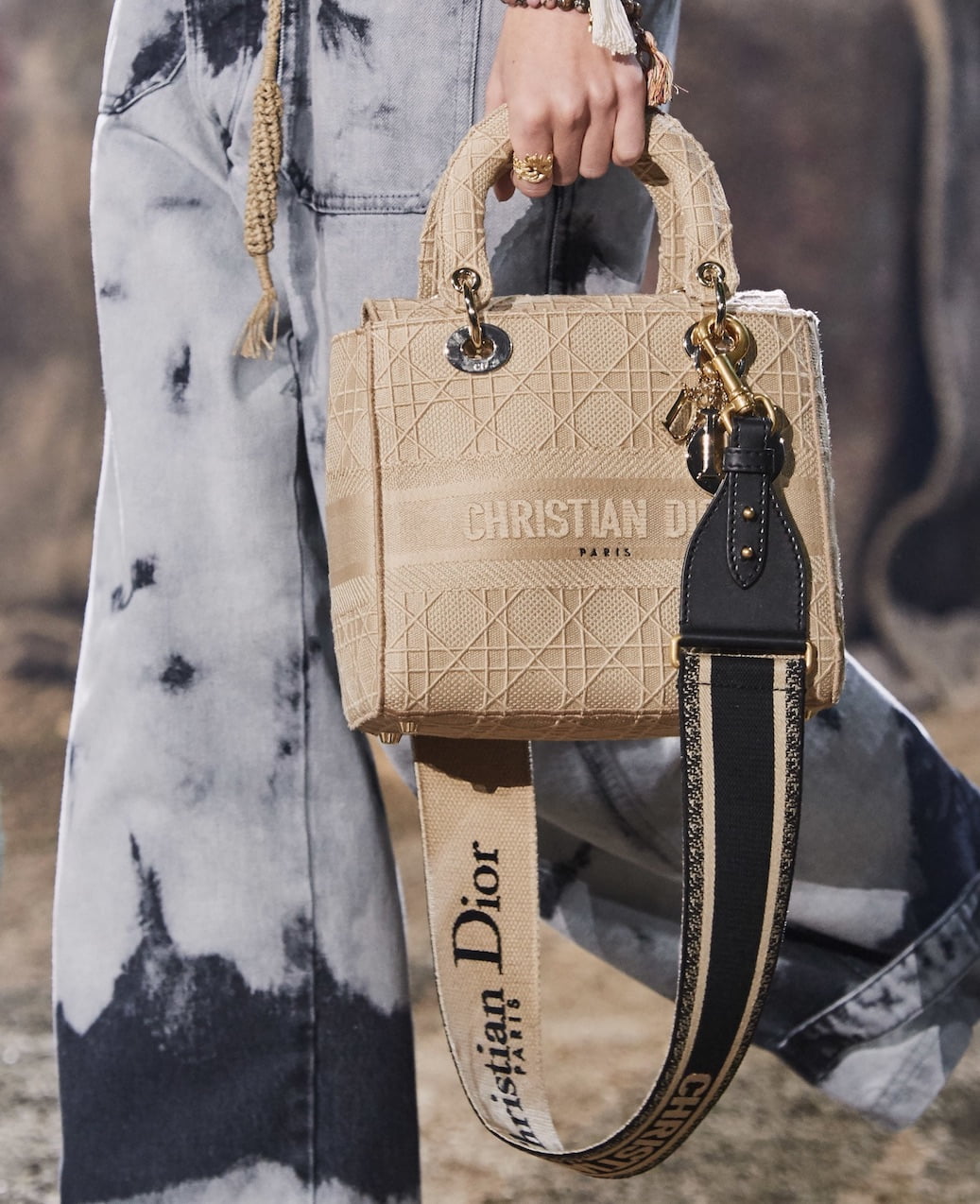 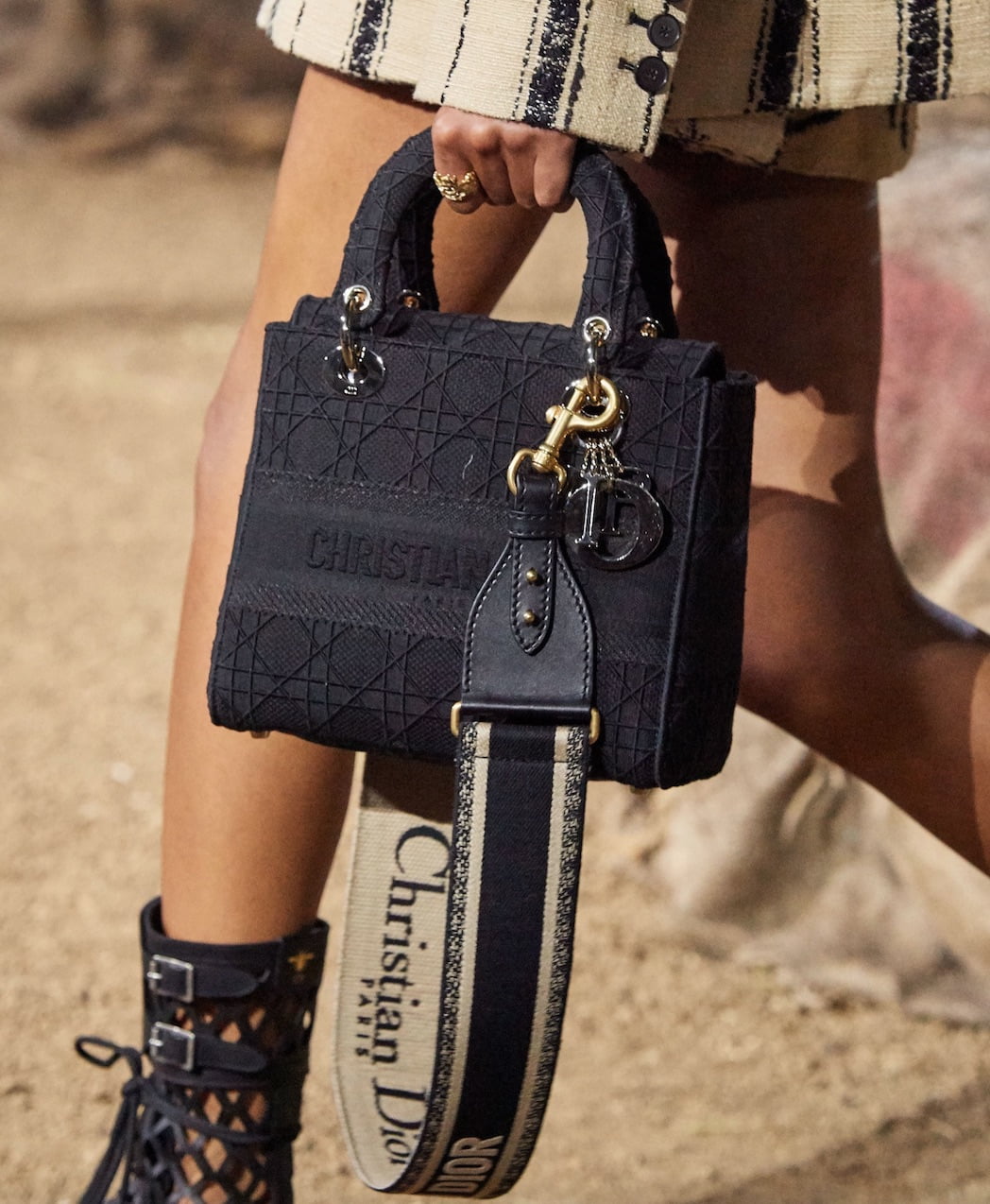 Another casual bag showed on repeat: the messenger. Slung across the models’ backs, it used many of the same materials as the Book Totes. 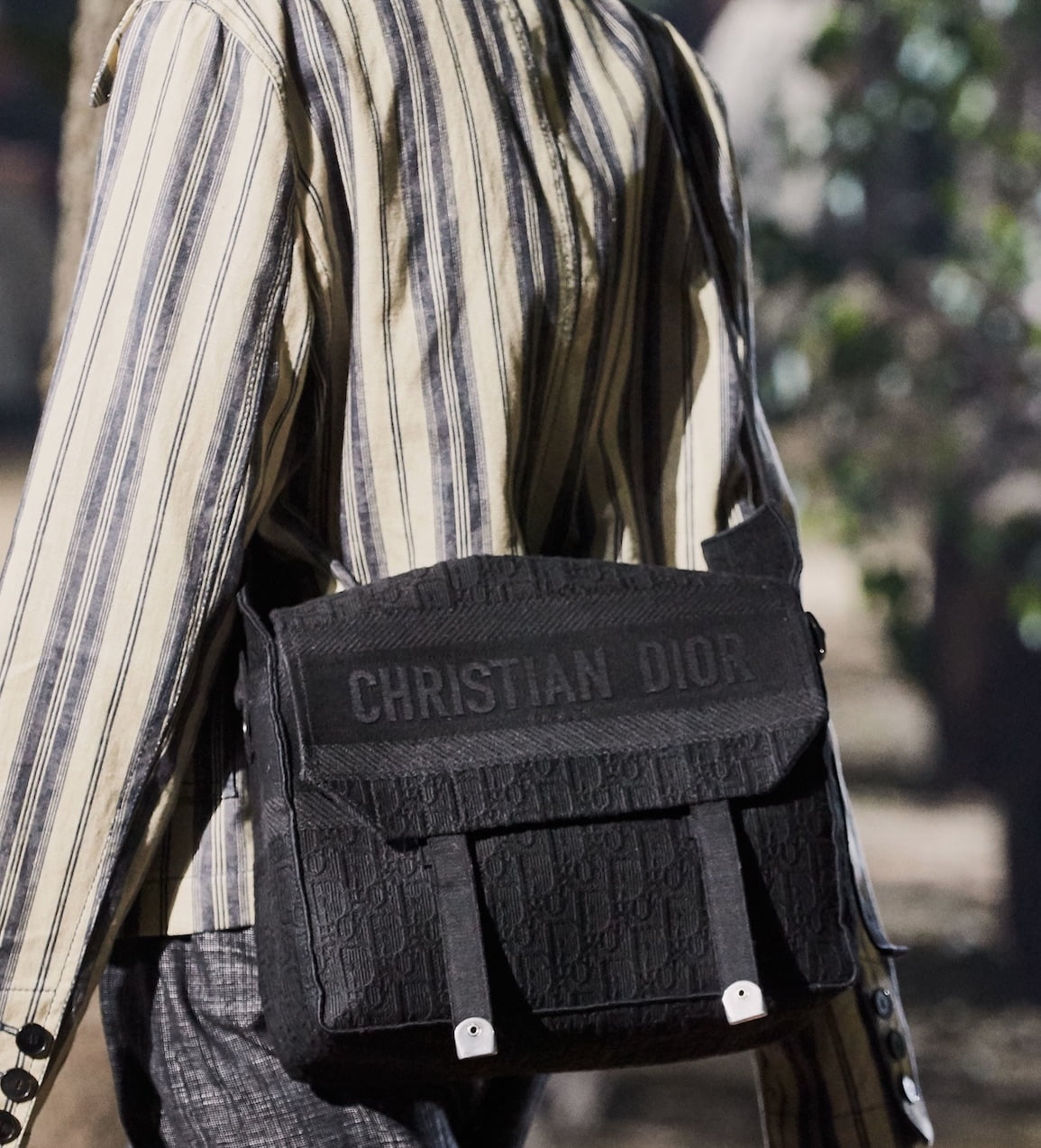 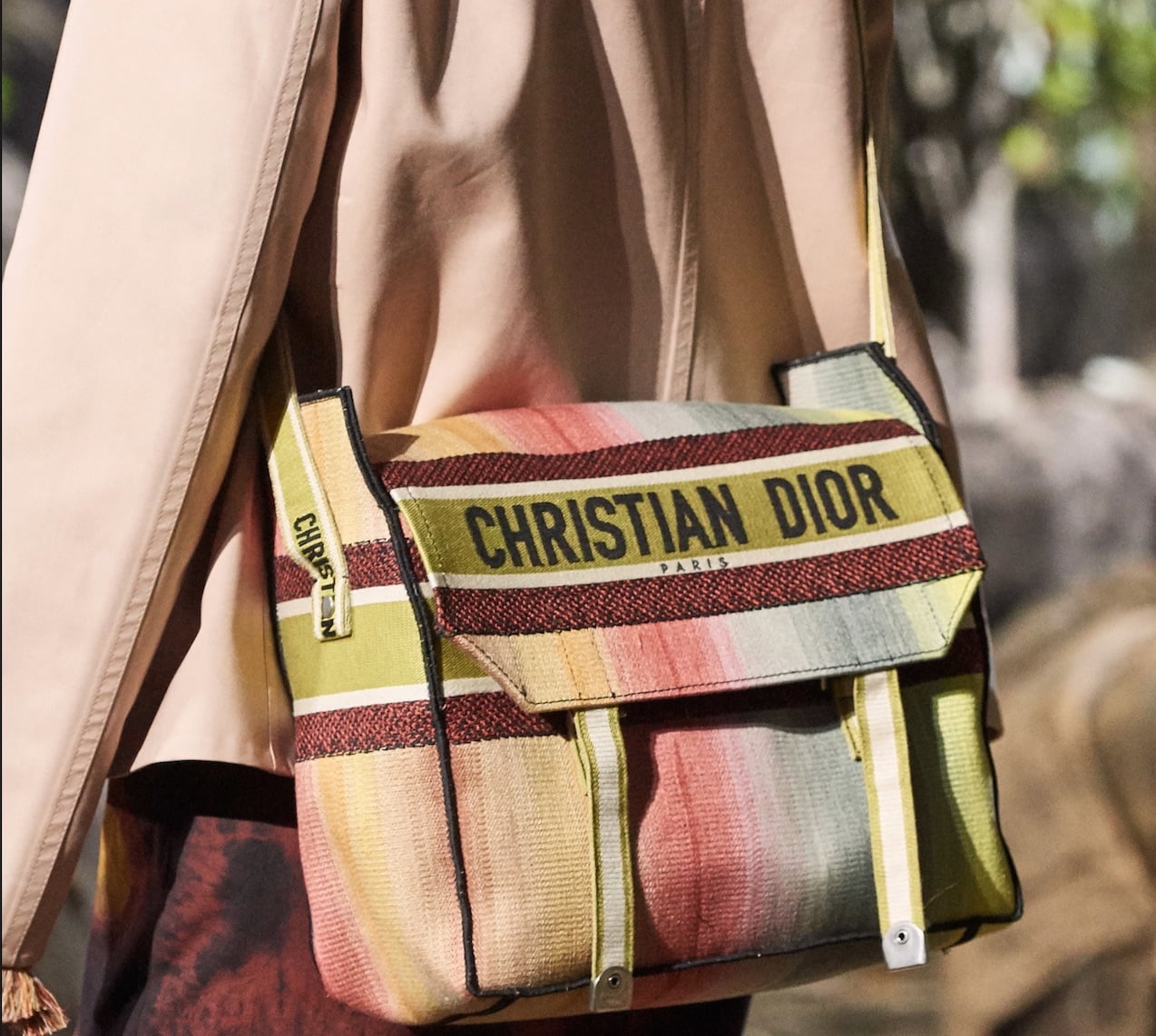 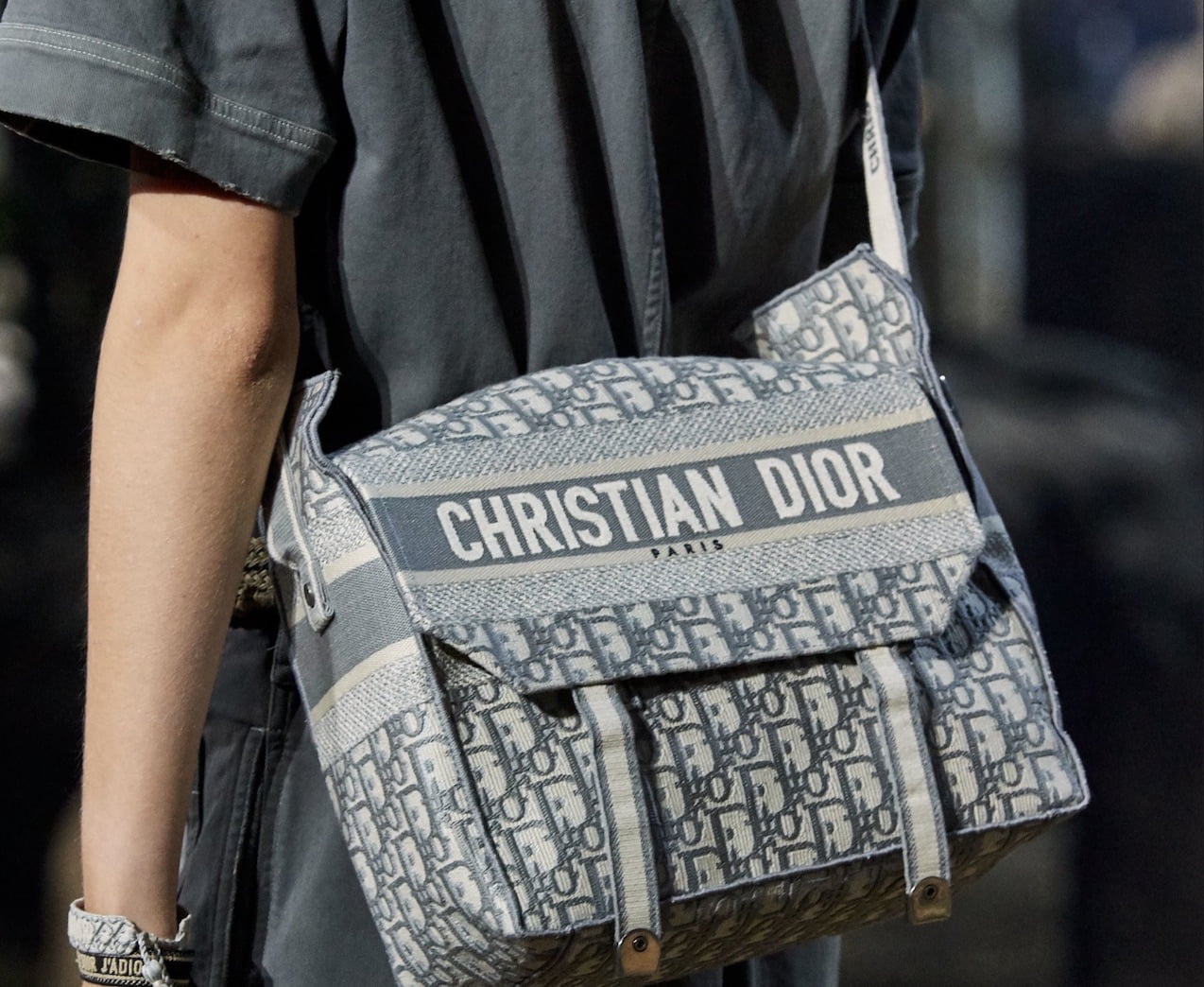 Structure came from the bags of the 30 Montaigne collection. So did variety. There were rectangular, trapezoidal and other shapes. Thin straps and thick straps. And leather – really the only leather bags shown. With the metallic CD logo, whether leather or fabric, these were bags holding their own . . . shape. 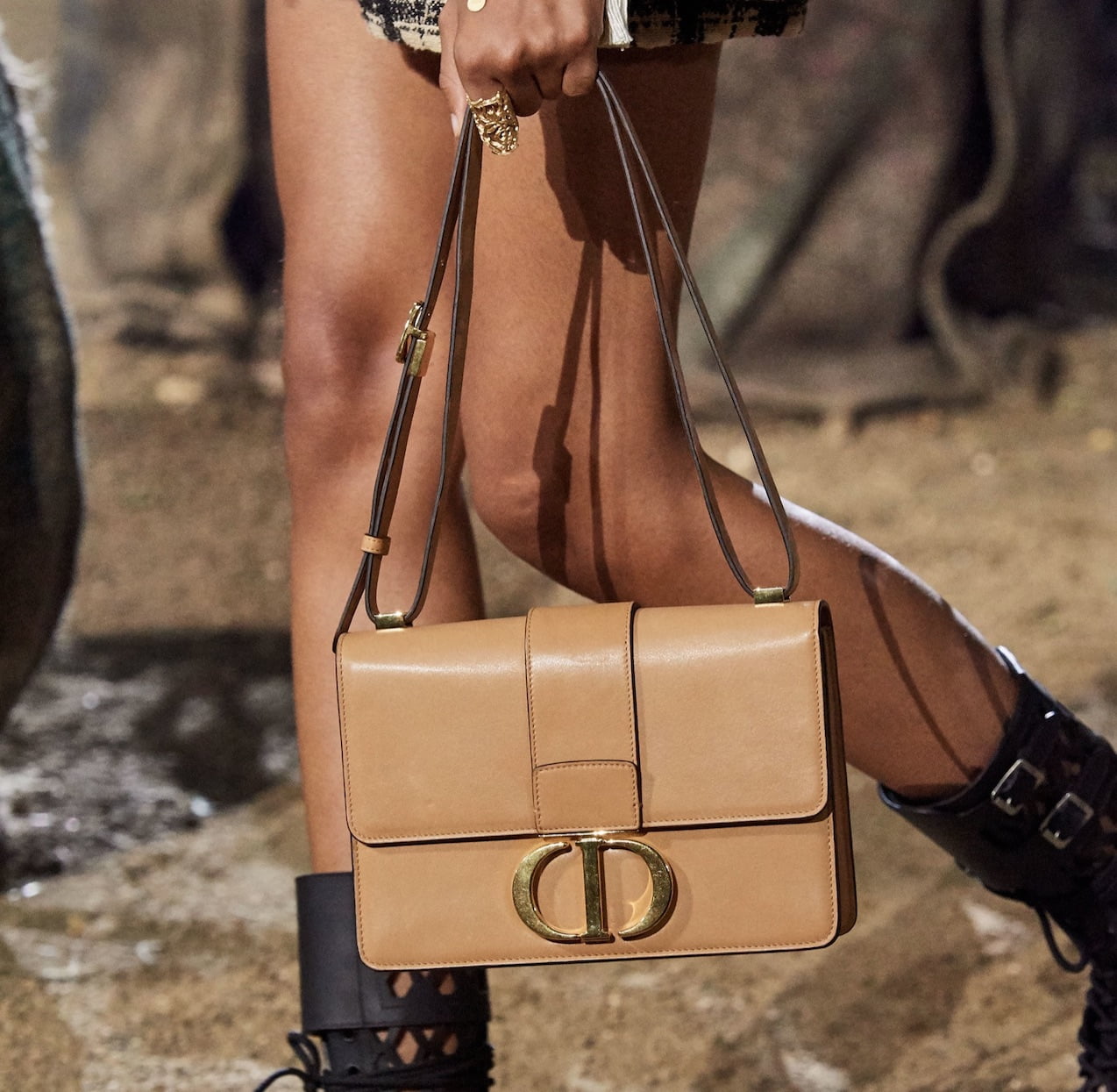 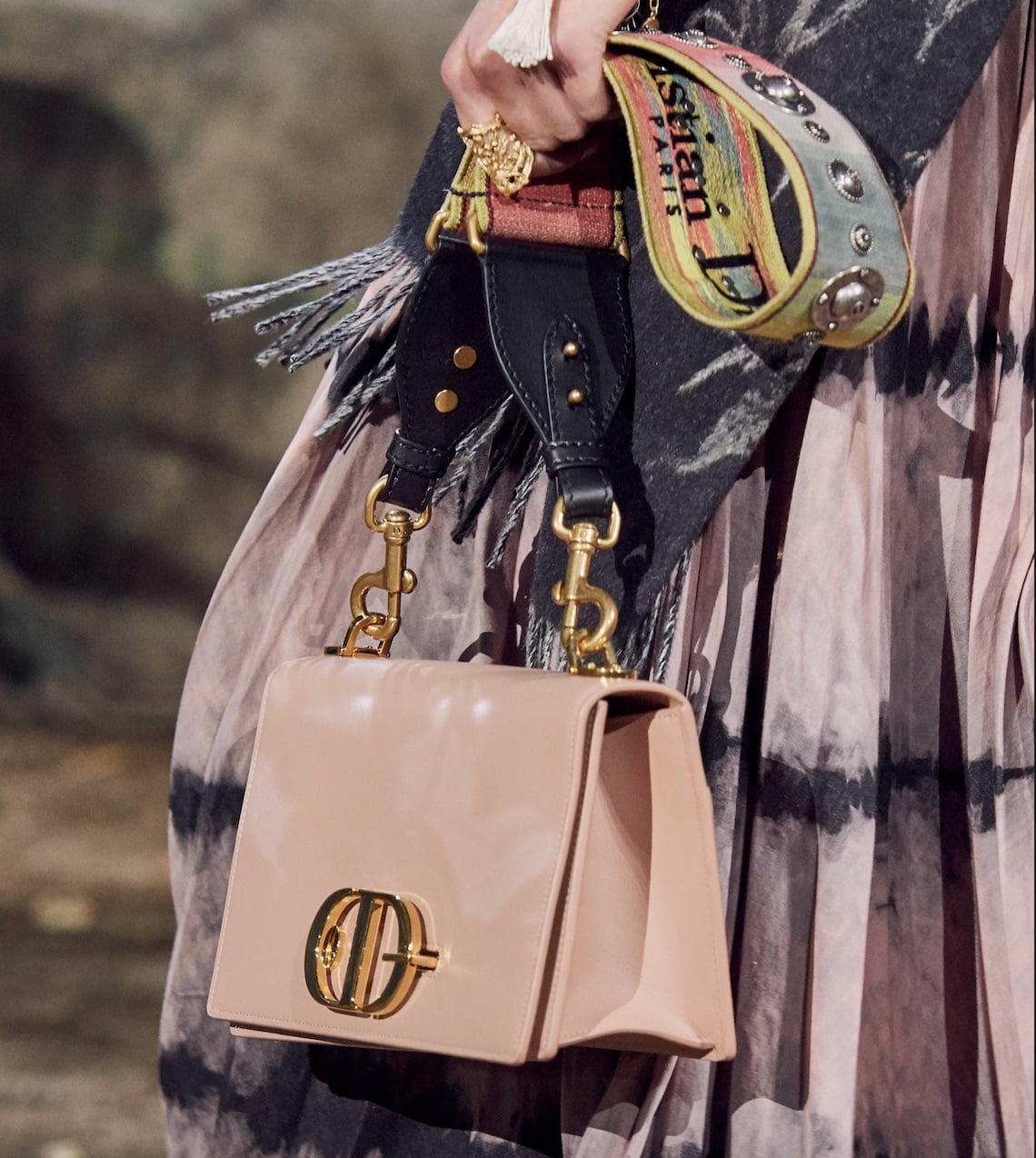 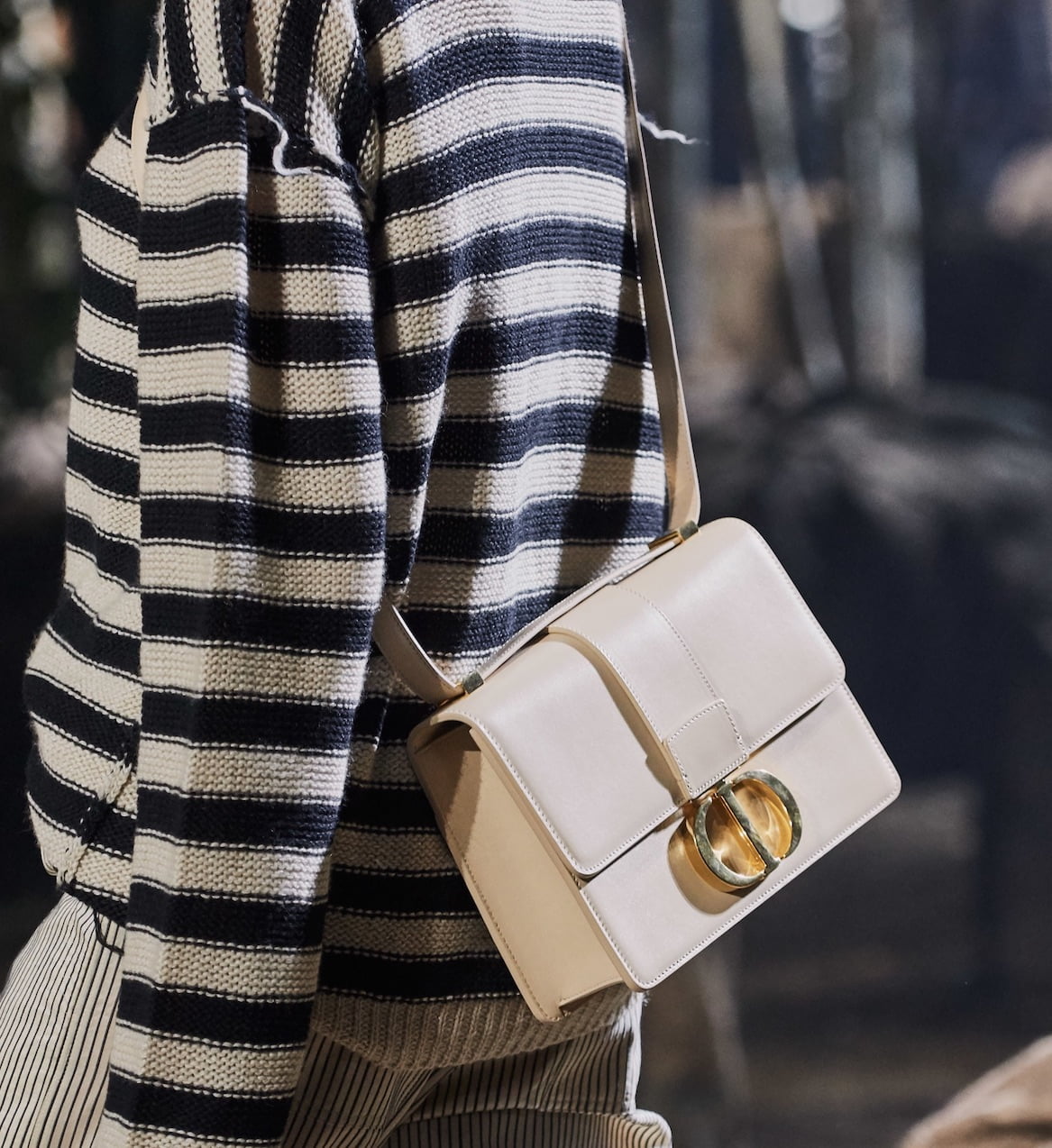 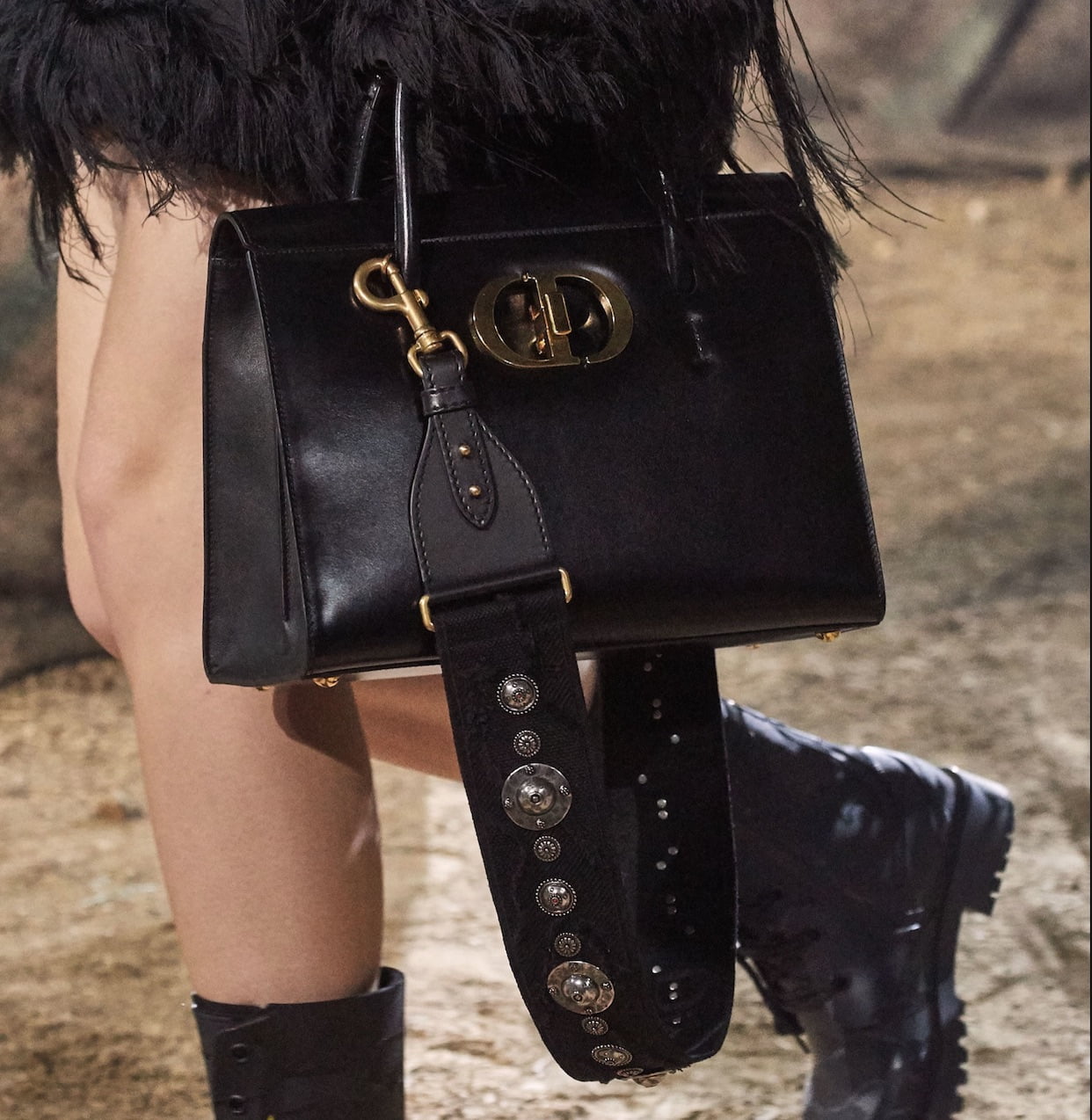 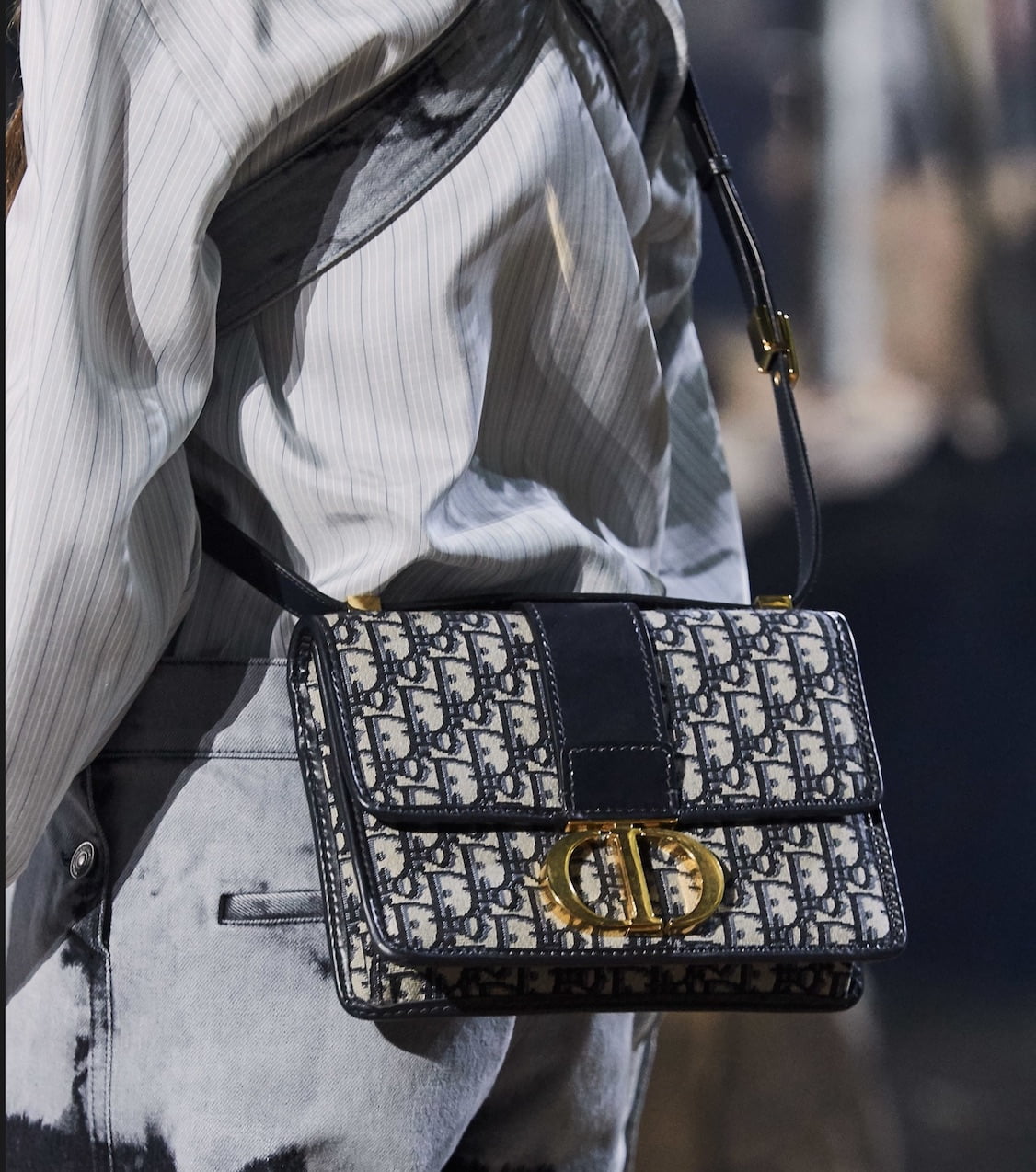 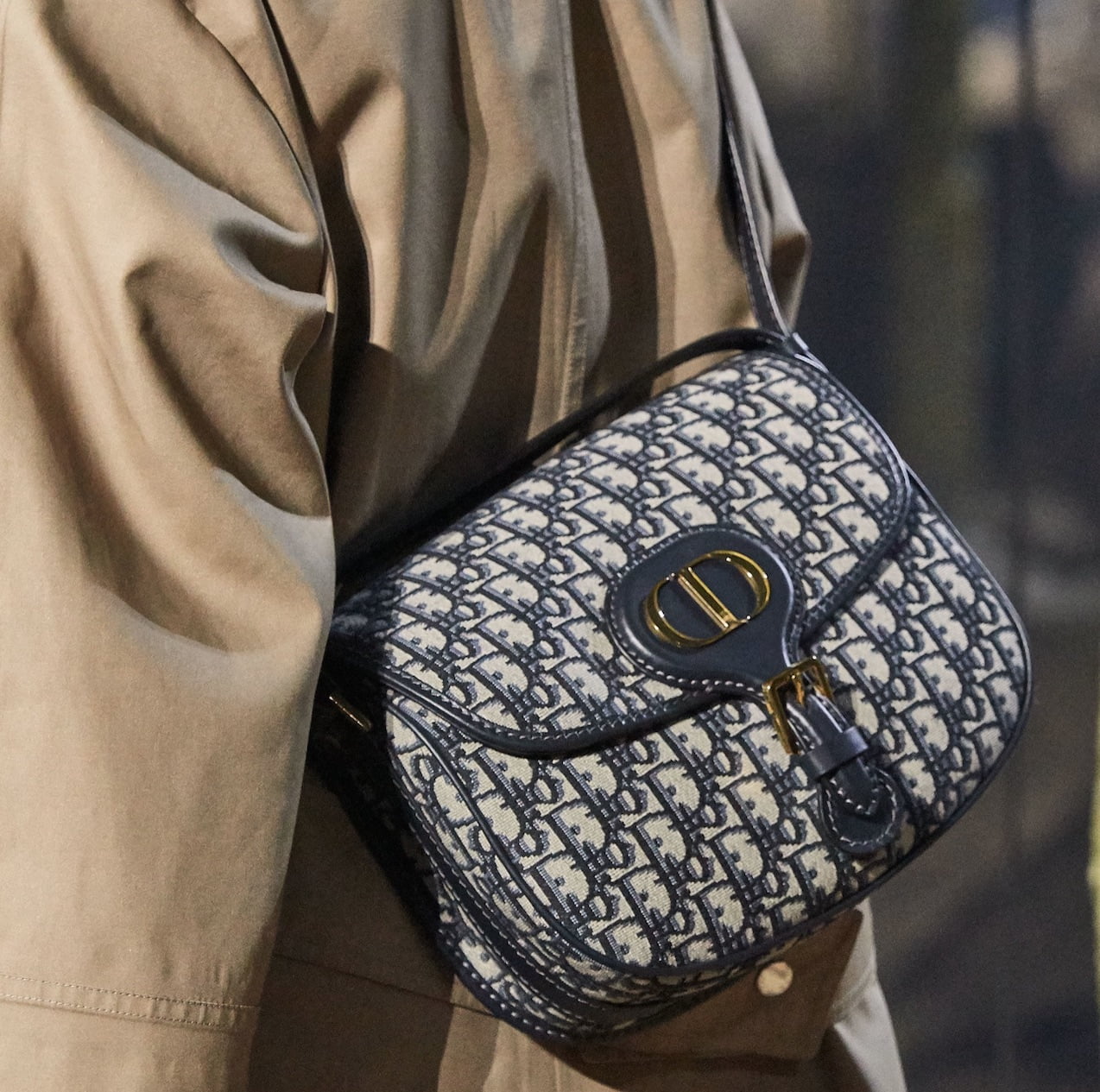 Of course we want to know whether you’ll be buying one of these. But also, are you going big or small for the Book Tote?  Let us know.

A Favorite Dior Tote is About to Get Smaller
Ode to the Dior Book Tote
Dior Continues with Saddles, Book Totes, Logos and More for Fall/Winter 2019 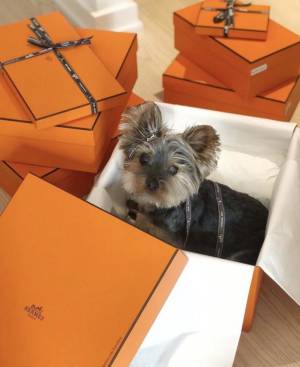 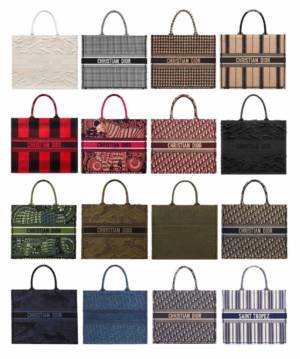 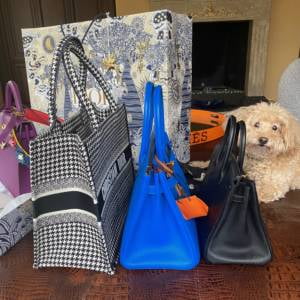 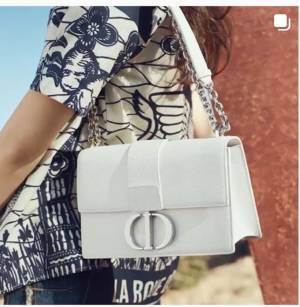 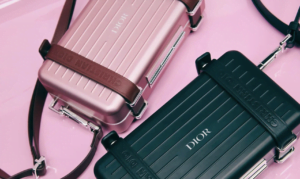 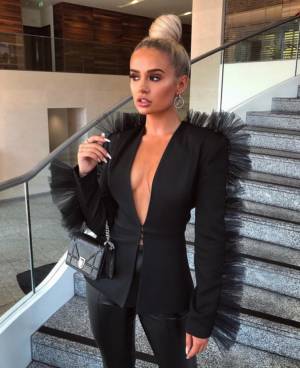 Protect Your Precious Handbag with The Eclipse Jacket