The 5 Steps to Hermès Special Orders 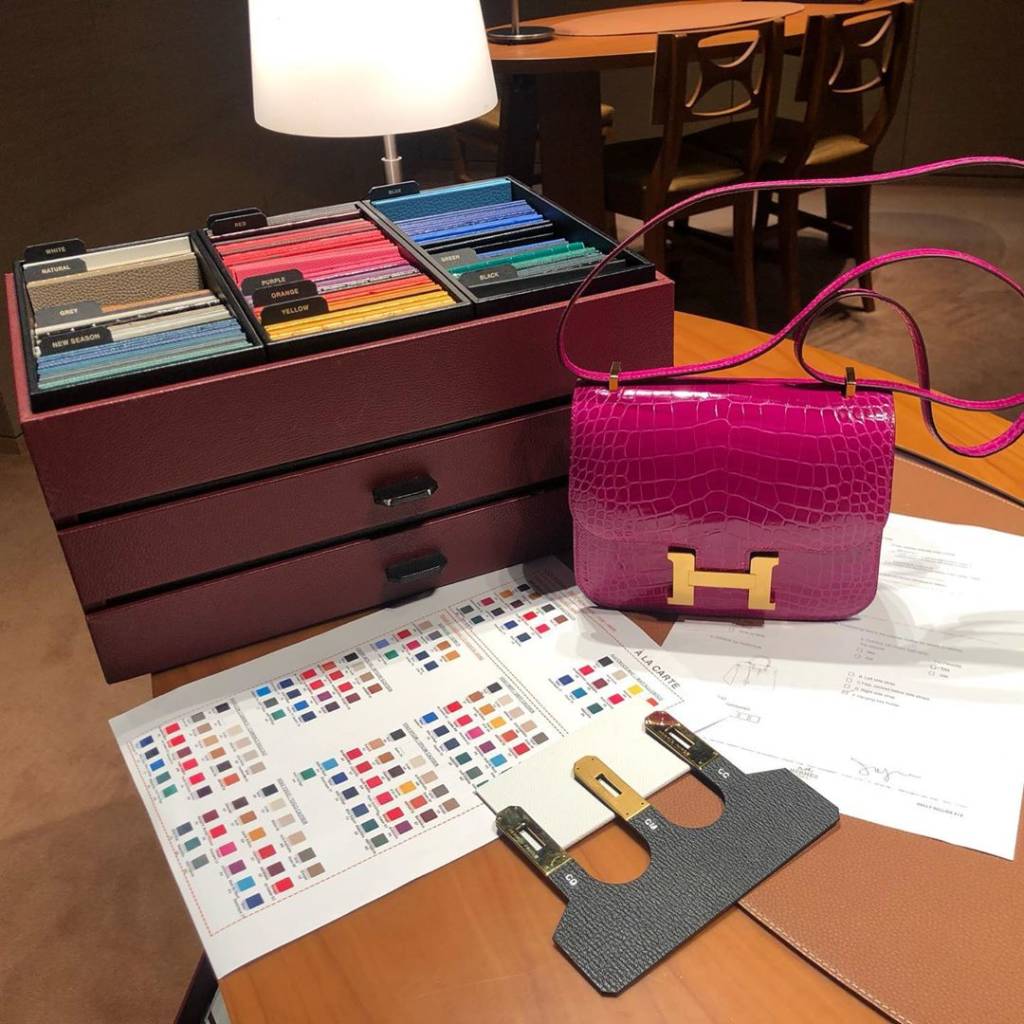 When PurseBop revealed her new Special Order Birkin recently (read: Hermès Reveal: The Next Step in My Special Order Journey), we received a lot of questions asking us for, well, more about the whole Special Order process. And even though we’ve written about Hermès Special Orders (SOs) in the past, there’s something about this feature of Hermès’ exclusivity that remains so . . . elusive.

So we decided to break the entire process down into five distinct steps—from being offered the bag, to looking through leather swatches, to finally picking it up at the boutique. Here are all the basics to give you serious insight into one of the most exclusive opportunities in the luxury world. 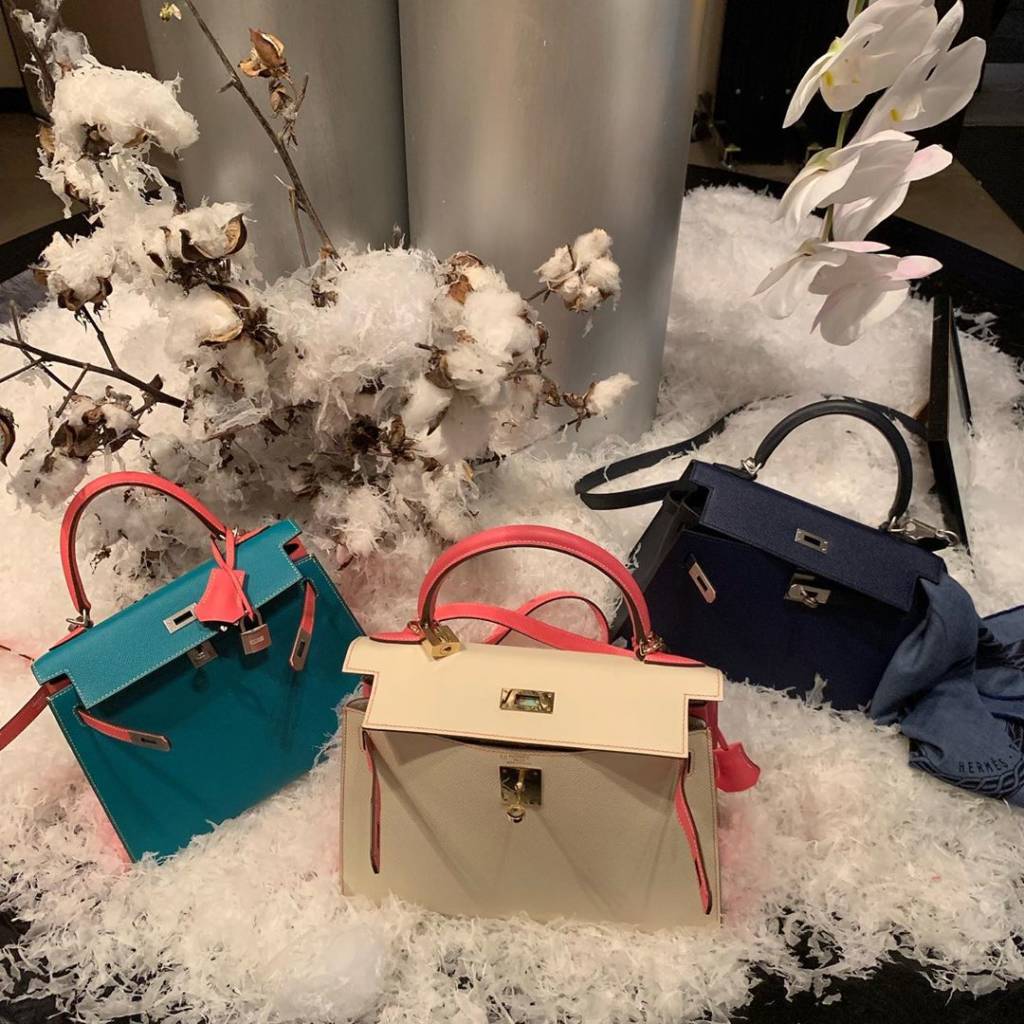 3 stunning Special Order Kellys. Can you believe this isn’t a window display? @stylishsheba

1. Be offered a Special Order

Admittedly, easier said than done. As you probably know by now, you can’t just walk in off the street and place a Special Order (hence the name). You have to build up a reputation and status with the brand; usually, this entails having previously purchased Birkins/Kellys/Constances, and forming a relationship with an Hermès SA at your “home” boutique. That said, it doesn’t hurt to mention to your SA that it’s something you’re interested in. Politely hinting is always a good idea!

As for when you can place an SO, you can’t just do it on a whim. SO time only comes twice a year, typically in 1-month to 6-week periods, which vary around the world. During this time, SOs pull together their clients’ orders and the Hermès store submits them either altogether or a few at a time (Generally, the only exception to this rule is FSH, the “mothership” in Paris.) Note that some stores—but not all—consider an SO a quota bag, while others do not, depending on the store manager. If you’ve already reached your quota for the Hermès semester, your SO might be put on hold until the next semester.

Why is it so complicated, you ask? Well, boutiques only have a limited number of SOs any given season. So they have to be highly selective and careful about whom they offer them to! 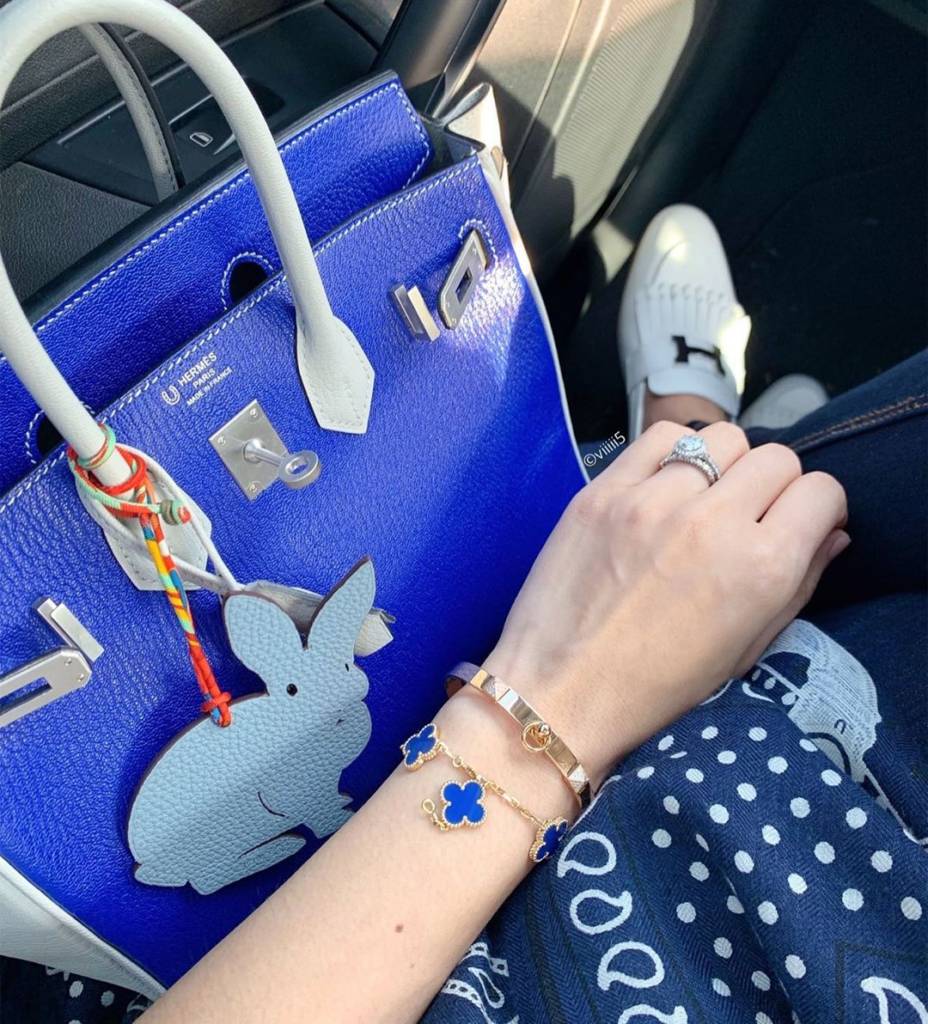 2. Think about what you really want that you can’t get another way

There’s an art to this, though it may seem deceptively simple. Since SOs—and the opportunity to place them—are so rare, you’ve got to ask yourself what you can do with your SO that’s really “special,” as the name entails. You may just want a black Togo Birkin 30 with gold hardware (and that’s perfectly fine!), but it’s worth considering what you can do with SOs that you can’t with other Hermès bags: bi-color exteriors, exterior vs. interior colors, where to put certain colors, and tonal or contrast stitching. Keep in mind also that some hardware options, such as brushed gold and brushed palladium hardware, are only available in an SO.

But remember that you can’t just order anything your heart desires. Like everything else at Hermès, there’s a certain protocol and exclusivity factor. The specific bags, leathers and colors that are available vary every season, though the offerings are the same at every Hermès location. And you can only place an exotic SO if you have an extremely high reputation with the brand (think the VIP of VIPs). Unlike other leathers, exotics are location-dependent—very few are allotted to stores, and some stores are not allowed any exotic SOs. 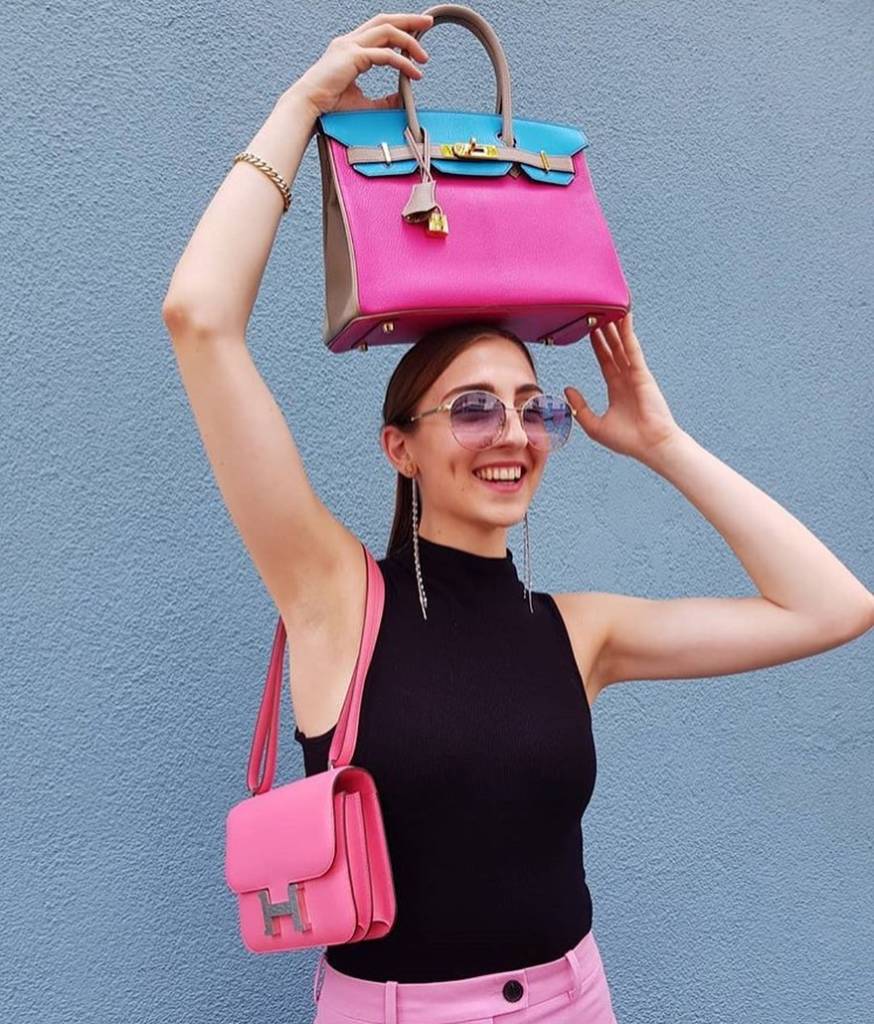 3. Fill out the paperwork & place the order

Let’s say know what you want—for the most part. Time to go to the boutique and have a look at the leather/color swatches and fill out the order forms, which include diagrams of which color goes where. (See the photos below to get a glimpse into the process!) Note that this is NOT the time you pay for your SO.

Once you’ve filled out all the forms and the boutique has sent them off to Paris, you’re not in the clear just yet. The order could be changed or even rejected by Hermès in Paris. Most often, when this happens, Hermès changes the stitching colors; it’s exceptionally rare for Hermès to change, for instance, leather colors. 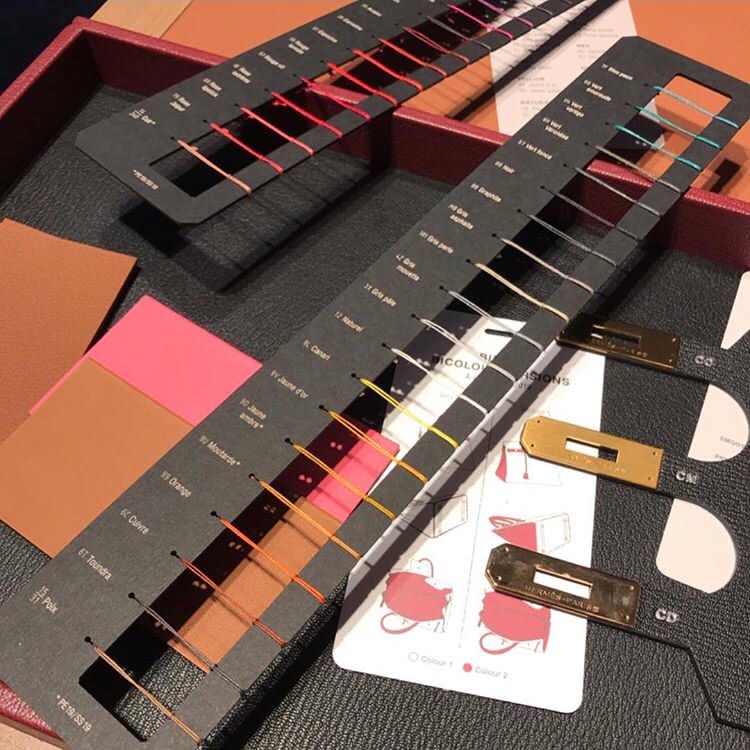 4. Wait—like a fine wine, this can’t be rushed

For some, this can be the hardest part. If you’ve placed an SO before, you’ll certainly know the immense anticipation this step of the process brings! Here’s a little secret: no one has control over how long the SO will take. You simply can’t make a rush order, even if you NEED that mini Kelly for the gala later this year.

The good news is that waiting times have significantly decreased in recent years. In the past, the average time has been about 6 months to 1 year. More recently, people have been reporting 2-3 month waiting times for regular leather SOs. PurseBop’s newest SO took about 7 months; her SOs have previously taken 9 months and 18 months.

Certain bags, however, take longer than others. Notable examples are exotics (from ostrich to croc), sellier bags, and Constances. If you’re in a rush, regular leather is the way to go. 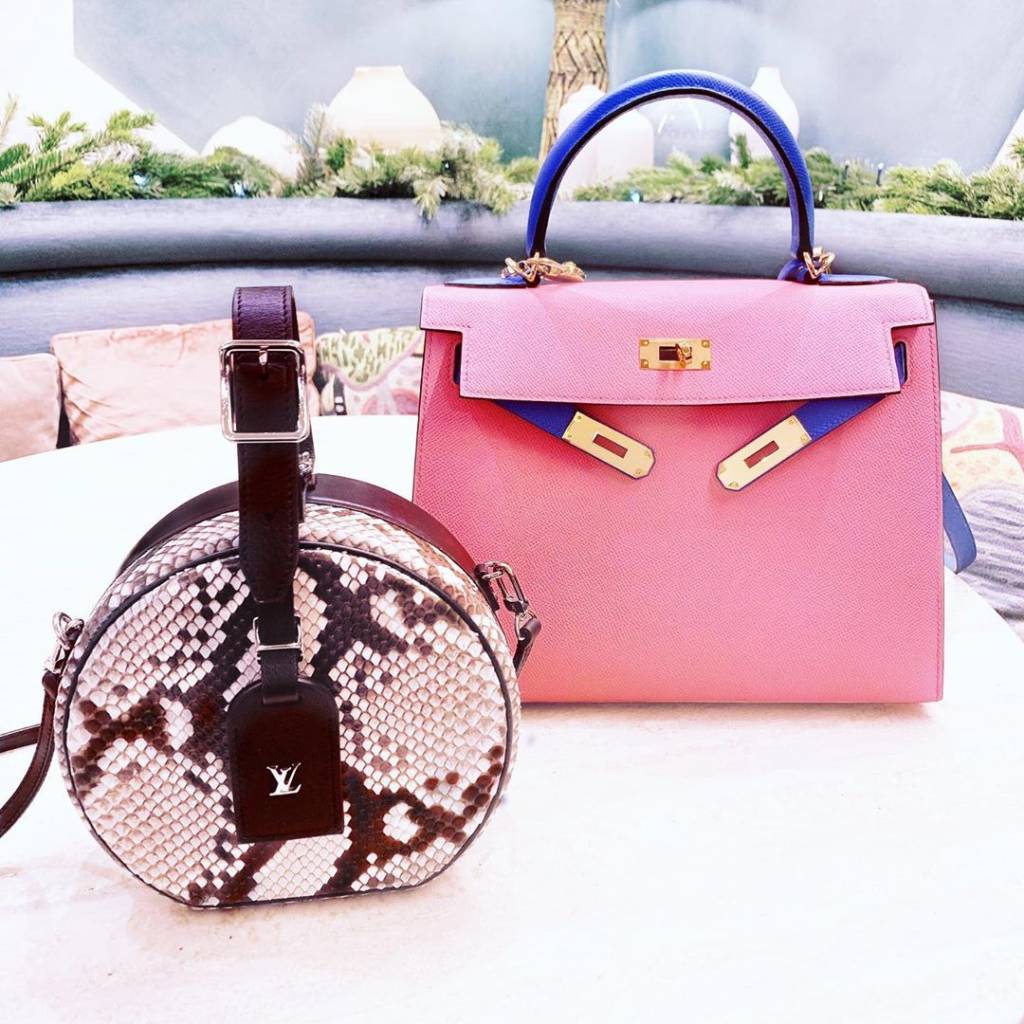 5. Get the call that it’s ready—usually when you least expect it!

You could be taking a bath, doing some grocery shopping, or sitting at lunch with a friend…and then hear a ring (or, perhaps, a text). It’s your SA, and you know exactly what’s coming. But here’s the thing: the bag isn’t yours yet, and it doesn’t have to be. After you walk (read: rush) into the boutique to see the bag, you still have the option to reject it. Maybe Paris changed your order just slightly and it no longer appeals to you, or maybe it simply doesn’t make you feel the way you hoped. Regardless, the choice is yours. (Though admittedly your SA might not be very happy if there’s little apparent reason for the change of heart.)

If you decide to keep the SO, you’ll pay for the bag with no premium. Indeed, the SO process does not cost anything; your two-tone Swift Birkin 30 will be exactly the same price as a Swift Birkin 30 offered at the store. The prices are based on the current  prices for the bag and its leather, not the prices at the time it was ordered.

At this point, you’ll notice—and proceed to ogle a little—at the cute tiny horseshoe stamp, proclaiming your new bag’s SO status. Then, inevitably, onto IG it will go! Voila! The finished product. This one took ~8 months to get to @luxe_addicted Warning: your pup may love it too! @bullies.n.birkins

Any SOs on your horizon…? Tell us what your Holy Grail Special Order would be below! 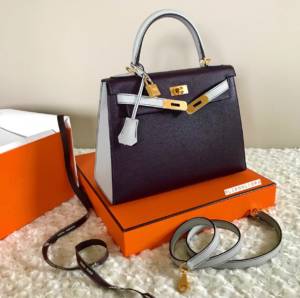