The spawn of the Kardashian-Jenner clan are used to being clad head to toe in luxury and Kylie Jenner’s daughter Stormi Webster is no different.

Jenner recently shared a picture with her 189 million Instagram followers of her little one clutching the Prada Re-Edition Nylon Mini Shoulder Bag in black. As Stormi gripped the purse she perched on a black toy Lamborghini emblazoned with a rainbow Louis Vuitton Monogram pattern, reminiscent of the house’s discontinued Multicolore Monogram collection.

The LV Lamborghini appears to have been custom made (unfortunate for those of us eager to get behind the wheel of one) however the Re-Edition Nylon Mini Shoulder Bag, originally released in 2005, is available to buy on Prada’s website.

The tot opted to carry her Prada mini using the shorter chain strap as opposed to the longer cross-body strap which the style also comes with.

Jenner has also been seen sporting Prada’s nylon designs from 2005. The star posted a snap of her wearing the hugely popular Prada Multi Pochette on her Instagram.

The 23-year old makeup guru has been sharing her love of luxury with her offspring for quite sometime. Other designer accessories Jenner has snapped her daughter with include a Louis Vuitton black Multicolore Nano Speedy and even a Hermès Mini Kelly!

What designer gem will the young fashionista rock next?! 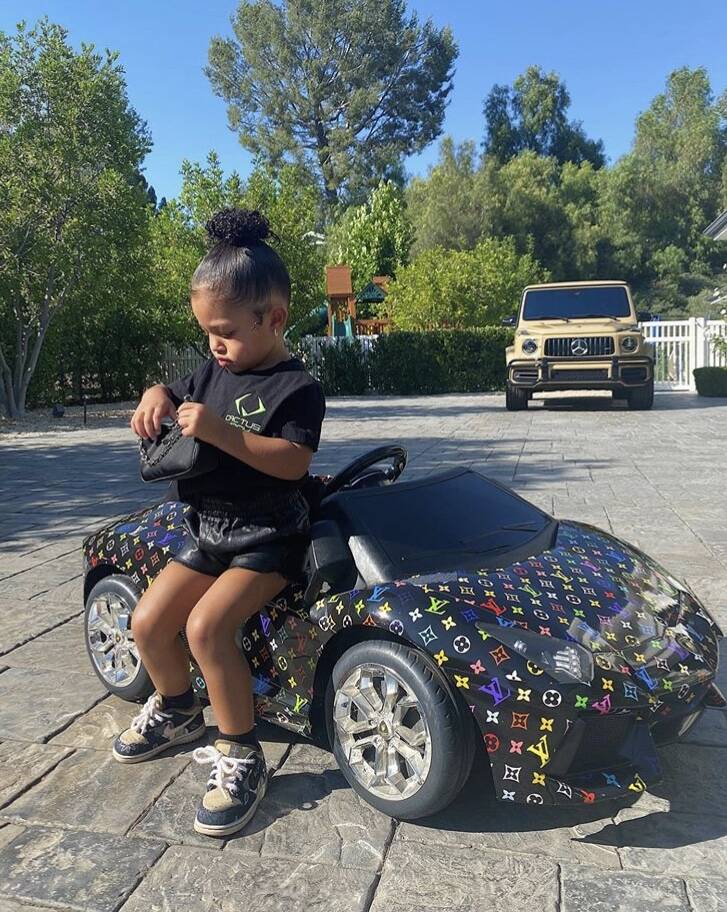 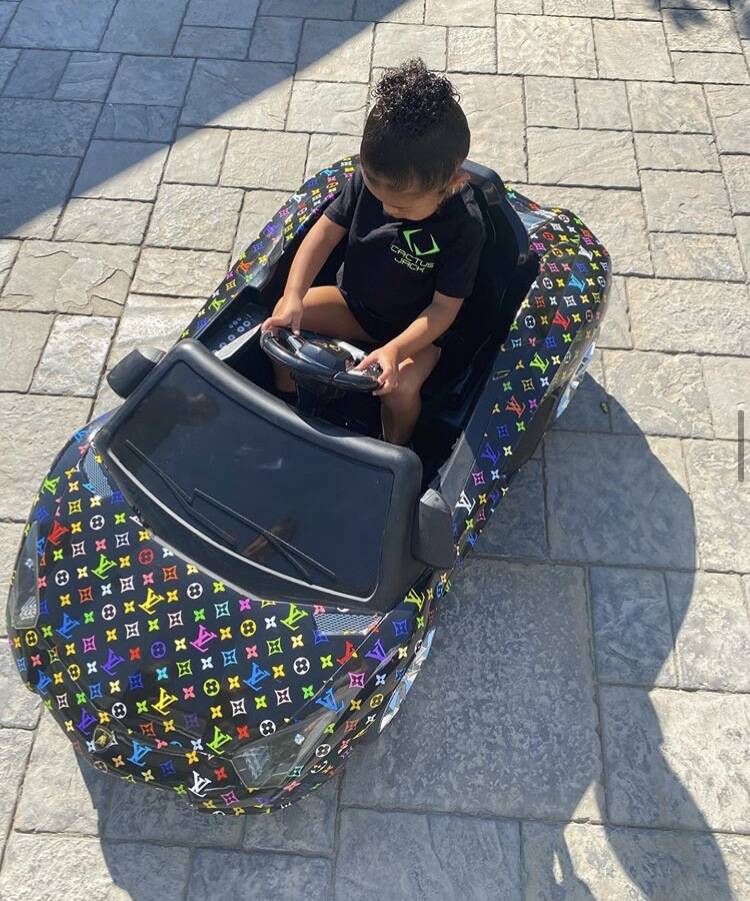 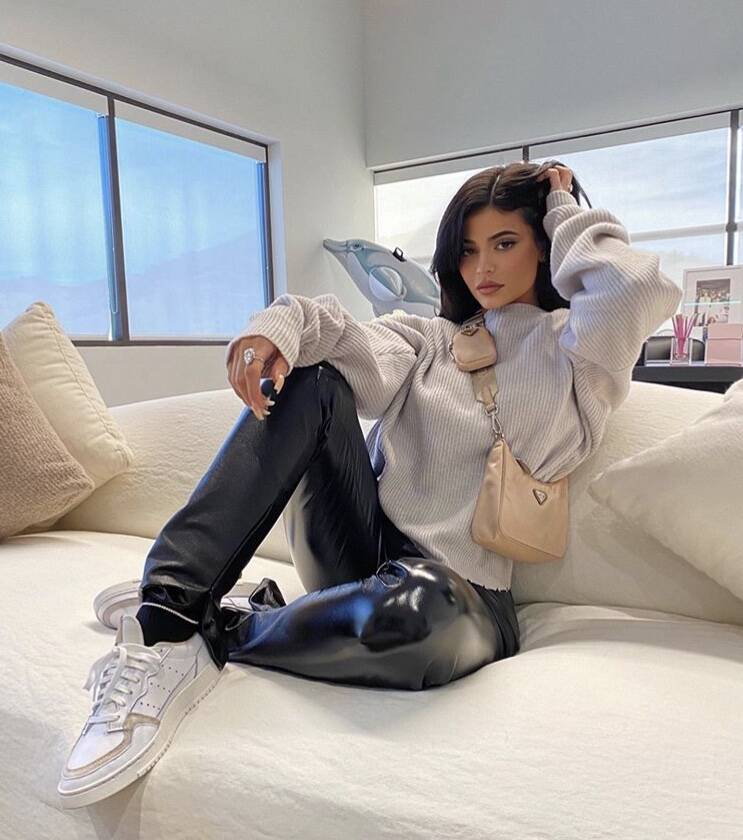 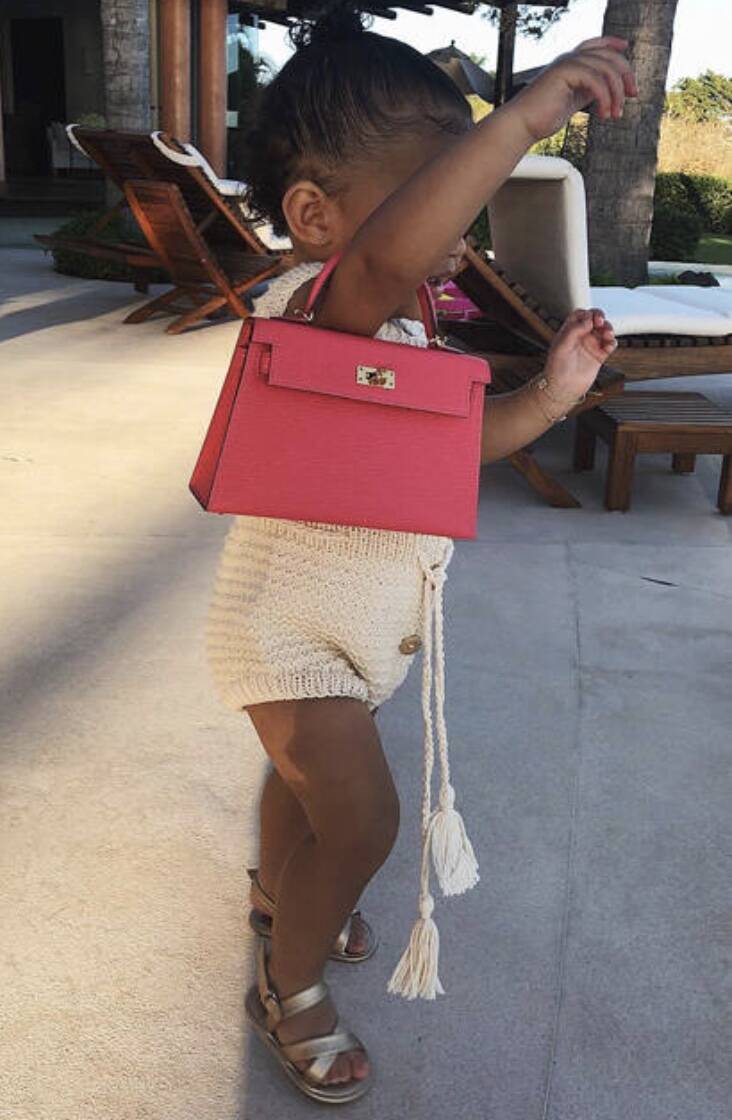 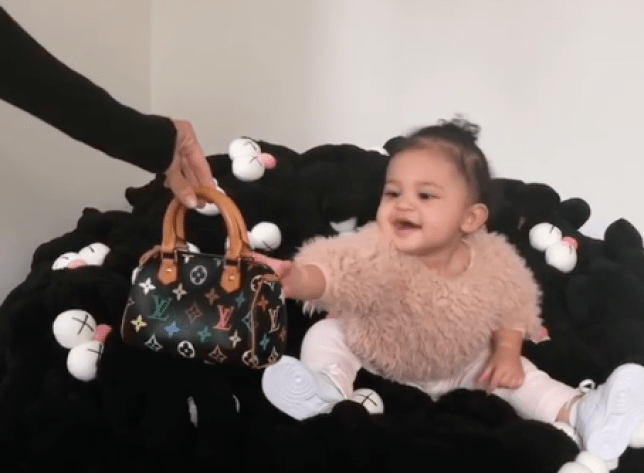