Last week, we brought you the detailed scoop on the urban-chic collab LV x Supreme: a coveted collection that combines the contrasting styles of the streetwear giant with the renowned French maison. At the time, rumors were floating around that various new pop-ups were expected to open around the world on July 14th. (The first pop-ups offering the collection opened on June 30th and have since shuttered.) And last Wednesday, LV announced that more pop-ups were indeed coming to the U.S. and Canada. Eager fans have been lining up and camping out all week in cities like Houston, NYC, and Honolulu in anticipation.

On July 12, however, many were crestfallen. There seemed to be indisputable proof that the LV x Supreme pop-ups—and with them, the entire collection—had been definitively cancelled. LV client services wrote in an email to Hype Beast: “Thank you for your inquiry about our Supreme collection. Regrettably, this collection will no longer be sold in any stores or online.” Since then, many news outlets have reported that LV x Supreme is officially nixed.

GQ, however, got to the heart of the matter. They reached out to client services at the LV locations in Dallas and San Francisco, and both told the magazine that the collection is not cancelled, but also would not be coming in by the 14th! According to GQ, it appears that further release of the collection has only been delayed

Furthermore, the cancellation is only relevant to North America: it seems that countries outside of the U.S. and Canada, like Singapore, were still on schedule to launch the collab today. It also appears that VICs (loyal LV customers) have been able to pre-order gear for the release date, though the outcome of this has not been confirmed.

So far, no reason has been given for the change in plans. There’s been some speculation that LV x Supreme pop-ups over the last two weeks already depleted the entire inventory. Another related concern might be crowd control: the July 7th closure of the LA location coincided with a crowd incident at 4:30am that caught police attention, and two days ago, NYPD was called to Supreme’s SoHo location because nearby shop owners were concerned that fans waiting in line were obstructing storefronts.

For now, this is all the news on this topic PurseBop has to offer. But we’re doing a lot of research and are always staying informed! We’ll keep you updated here, as well as on our original LV x Supreme post—so keep checking back!

Do you have any updates to give to help our community get to the bottom of things? Either personal, from a friend, or from something you read? Let us know in the comments!

Photo courtesy, respectively: The Straits Times (crowds lining up for the release at Ion Orchard in Singapore); Hype Beast//Louis Vuitton 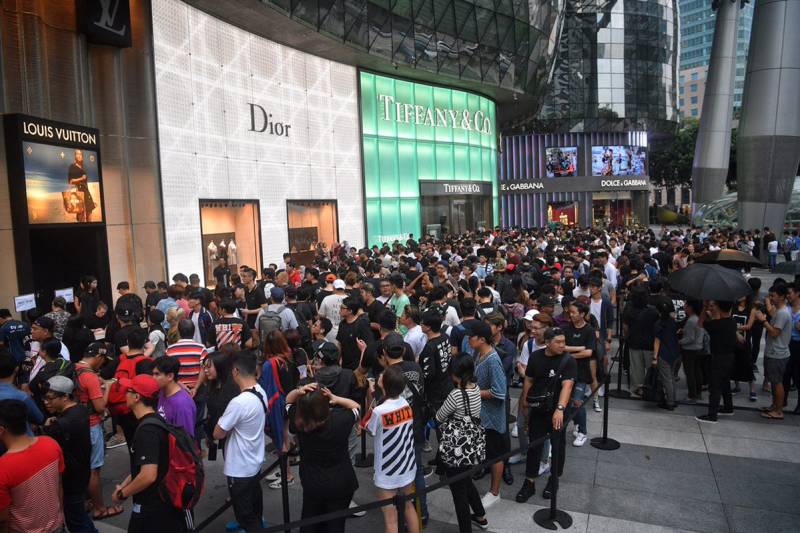 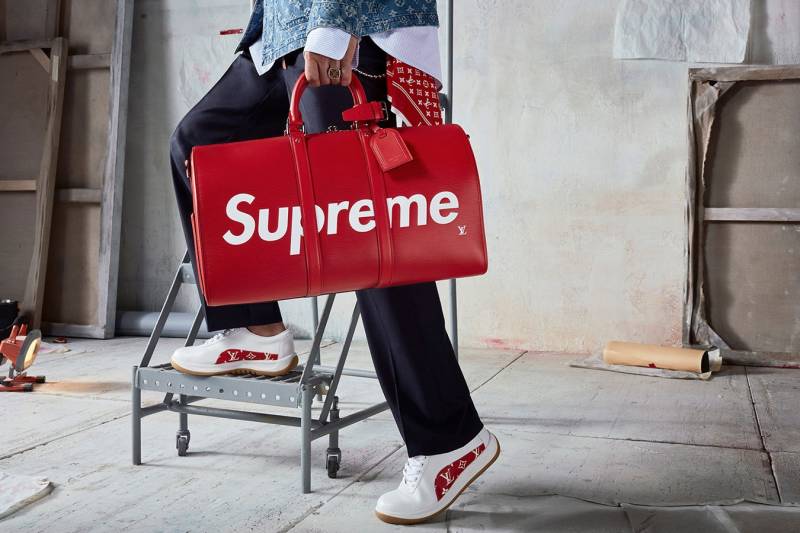