RIHANNA DID IT (For me).

It was a silent roar of thunder, when in 2012 to surprise of everybody and all, Dior signed Raf Simons as a new creative director to follow in the footsteps of the big John G. A designer, who worked for such puristic ones as Jil Sander, whose inspiration was Helmut Lang and who collaborated with sporting brand giants Adidas or Eastpack, was sure a questionable choice for many, but a hopeful one for none the less. I was one of the latter. The parisian haute couture house has at the time been in a long deep sleep, the designs were too rigid, too dated, too boring. I understood the need and admired the wiseness of the idea to hire someone completely juxtaposed, who can maybe bring some fresh air into the stalled cellar. And who will be able to adapt all that “baggage” to the era of chic, sporty, cool and utilitarian fashion.

I kept coming back, always leaving disappointed. Since his start three years ago, Simons stepped around the hot issue of transforming the house, but keeping its spirit and legacy intact at the same time, ultra carefully. I would buy a few pieces here and there, usually the sharply tailored ones, the tuxedo inspired dresses and suits. The accessories (except the classic pumps which are oh so comfy!) were completely left untouched by my eyes and my desire. I almost felt repulsed by them.

This year, there came the new philosophy, new policy, new design of boutiques, new PR. And the Diorama, which to many, and no wonder, looks like a copy of Chanel’s LeBoy bag. Speaking of these two biggest rivals (in terms of history, philosophy and complexity of the houses) I see a lot of Chanel in Dior lately, which seems like a logical answer to the need of attracting more young customers by adapting what works and what does not elsewhere. But when I saw the novelty of the Christian Dior house two months ago, I was really impressed for the first time. D Light was her name and she spoke to me. I would describe it as a better and more pimped-up version of Chanel’s canvas Deauville bag, which by the way, was my long-time favourite. My newest pick was completely sold out in the color I wanted it in (two versions were made) so I had it transferred from London. Last one in Europe. But I still had second thoughts. I was never a Dior girl and still to this very day I am not. I look at their collections with a very critical eye and rarely do I come out of the store with big paper bags, quite a different scenario of how I shop elsewhere. The bag was still waiting for me, but I was taking my time. And I was really decided to let it go for other eager customers (and there were some!) when it happened. Rihanna.

First black model promoting this brand, big controversy. Not to me. This is exactly what I needed. I like Rihanna. It was not always the case, but I developed this strange kind of respect for her. For her braveness, her courage, her ability to be who she is, free and uninhibited. In life, music and fashion.

It was this moment I finally felt Dior spoke to me, to a part of me, to what I like. I see bigger things coming, fresh and clever ones. I feel it is time for Dior to step it up and take it by storm.

My D Light is a true delight to carry. Light, hip, different. You can dress her up or down, but to best describe her, it is the perfect size everyday bag, where all daily essentials and much more nicely fit in, without it looking too clumsy or bulgy. With the expandable sides, it can be made smaller or bigger. Two set of handles (the typical Dior rigid ones and longer chain shoulder ones) are as practical as they change the look of the bag depending on the way you carry it. The size too is just perfect, not too petite and not too overwhelming. The colorful badges done partially in sequins dress the bag up in a playful way, while making a n easy reference to the house of Dior and symbols typical to it. This bag, though canvas, makes Chanel’s Deauville bag look like a true beach only bag, no more. If I could describe the D Light by two words, it would be uber chic.

I am happy with it. I am glad I got it. And I am curious, what does have Raf up his sleeve. I am sure with Rihanna “on board”, it won’t be a dull story, after all. We shall see.

Explore more posts by BopTalk Celeb Varvara:
Bag Journey: Where I Stand.. And Where Do You?
The Increasing Accessibility of High Fashion
Chanel vs. Hermes: Is Hermes Losing It’s No. 1 Position? 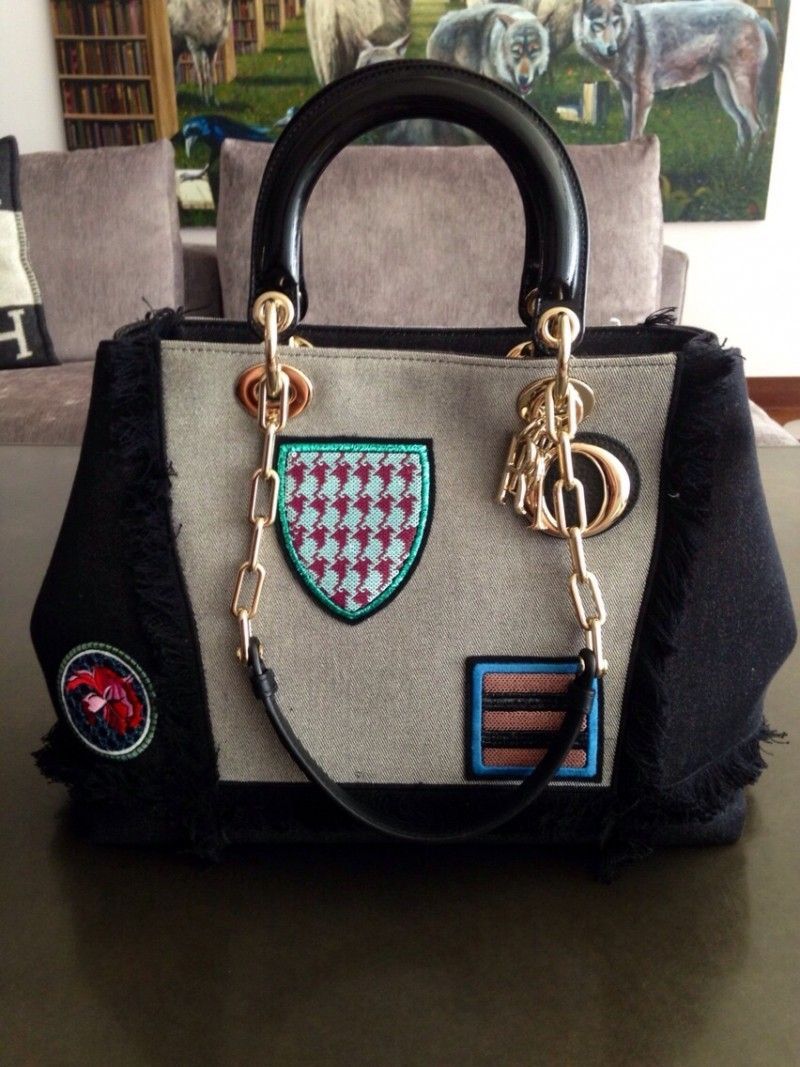 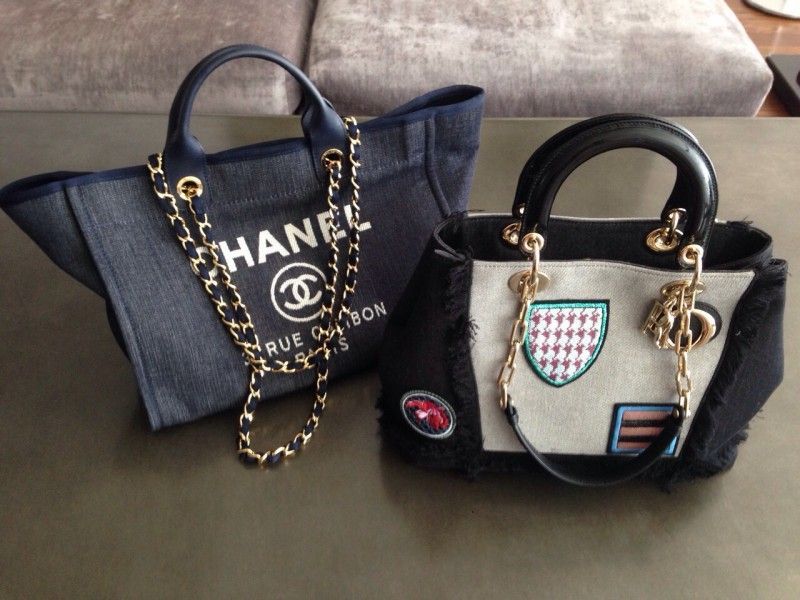 Loving Rihanna being the new face of the brand and adding much needed freshness to it. Dior never struck me much before and i’m not saying i’m sold but I could definitely get on board with exploring more now

Enjoyed reading your Dior story! I am also excited to see the Dior and I documentary soon

wow, what a great story varvara! loved reading it! and what a beauty this bag is! thank you for sharing it with us :)

Dear friend, as always your writing per se makes my heart skip a bit. Agree with you 100%. The documentary “Dior and I” also made me look back to the house and the Rihanna choice was unexpected and wonderful. Hopefully i will be finding my Dior soon ;)

Really loved reading your Dior story! I can see what you mean by seeing “chanel in dior” as of late. The badges on this tote definitely give it playful, eclectic look.