Article in Response to –  Hermès Closes Stores till Further Notice 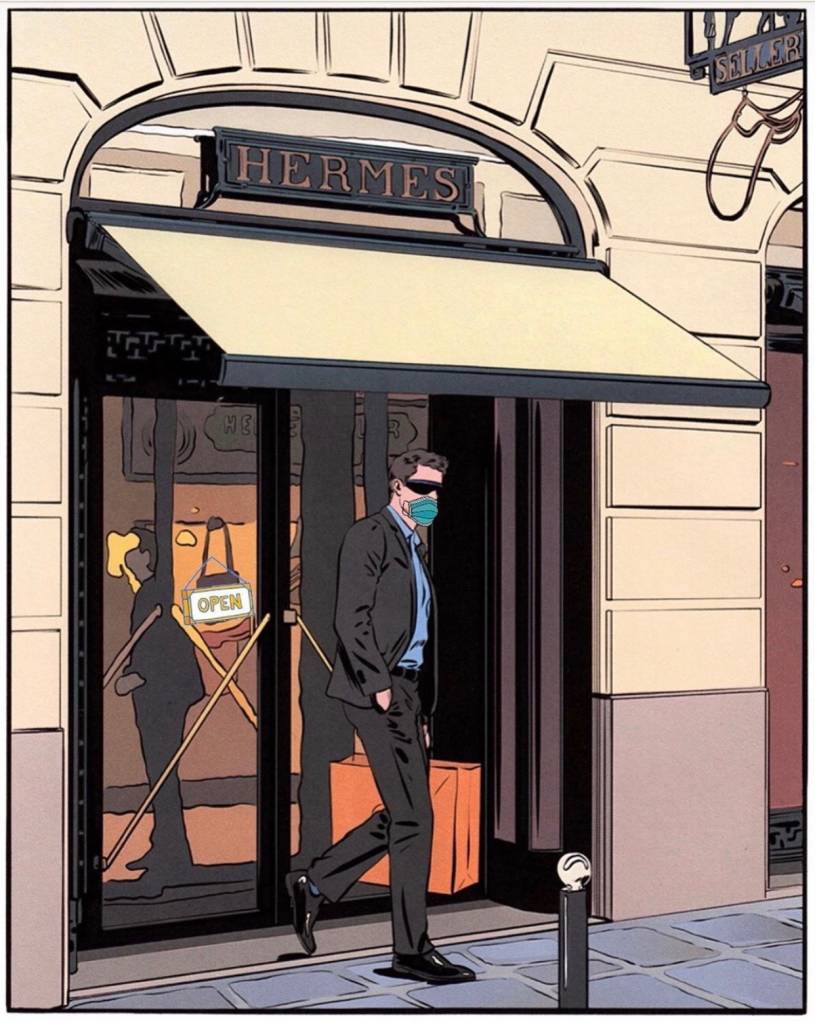 Hermès is back in business. Across the globe in varying degrees, Hermès is selling, whether from stores or online. As previously reported, boutiques reopened last month in parts of Asia, including China, Hong Kong and Singapore (read: Hermès Store in China Made a Record $2.7 Million in Their First Day Open Post-Coronavirus).

Now, Europe prepares to resume the commerce of Birkins and Kellys and all things orange. Stores in France reopen Monday May 11. And, yes, that includes the orange mothership at Rue du Faubourg Saint-Honoré. Although details are sparse, Hermès promises that all open stores are prepared with safety and hygiene protocols.

Germany stores are opening this week and Australias have as of April 30th.

Meanwhile, in the United States, some stores are preparing to reopen in some capacity. The Chicago boutique, for example, will provide shipping and curb side pick up only with staff coming back in shifts next week. We hear of boutiques in other locales considering similar accommodations.

On the other hand, even in states that have taken more aggressive steps to reopen (like Florida, Georgia and Texas) Hermès stores may remain closed. For example, Hermès boutiques in Orlando Florida, Buckhead, Atlanta, Georgia and  Dallas, Texas remain closed as of May 8, with no announcement of reopening dates.

For those wanting to purchase Hermès items online, there’s more good news: US deliveries have resumed at Hermès.com. Whether and what product is available remains to be seen. 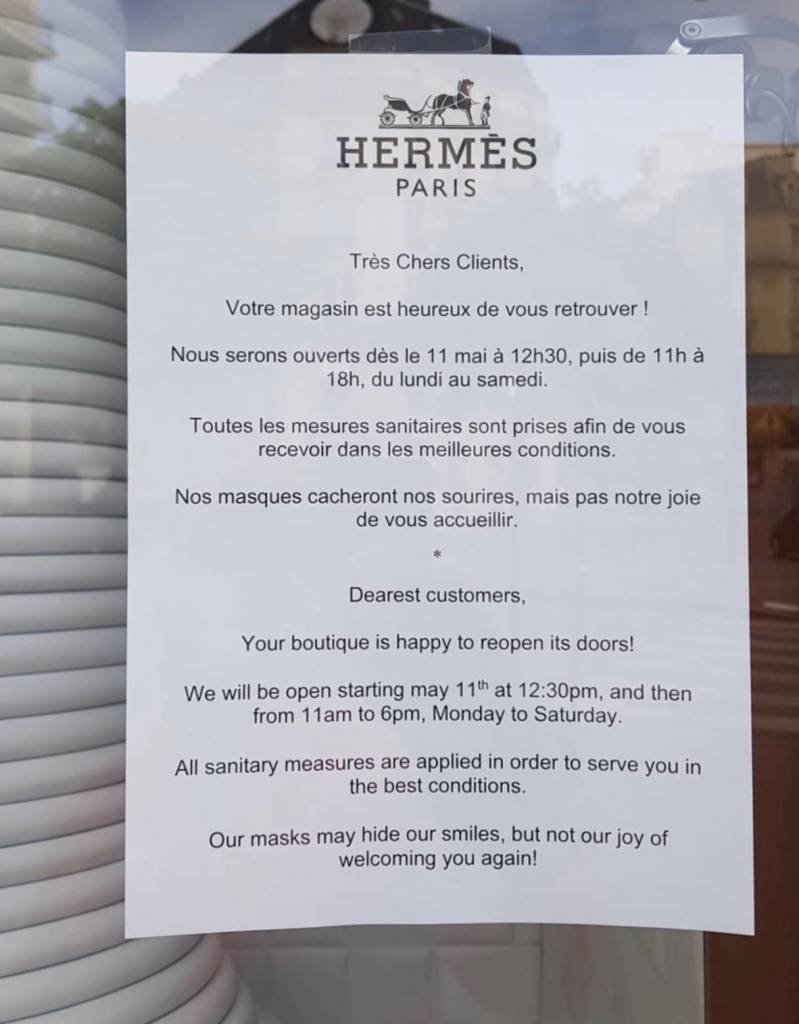 We will keep you updated as we hear of changes, and if you have any information from your end of the world, please update us all here on Boptalk.

Even in a Global Shutdown, Hermès Leads the Luxury Industry

Hermès Store in China Made a Record $2.7 Million in Their First Day Open Post-Coronavirus 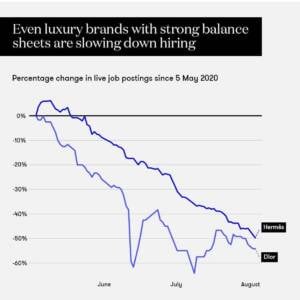 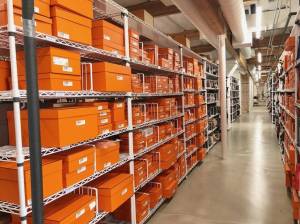 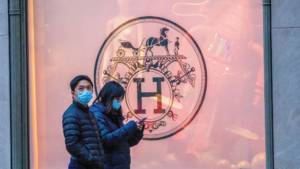