Chanel’s been in the headlines a lot in the past few days, and not for the reasons you might expect. The culprit? A boomerang!

The wood and resin sporting item, emblazoned with a Chanel emblem, retails for $1,325. Introduced in the “other accessories” division of Chanel’s Spring-Summer 2017 Spring Collection, the boomerang has drawn quite the backlash, as well as headlines like “Chanel’s Boomerang Comes Back to Hit It.”

Criticism of cultural appropriation came shortly after American makeup artist Jeffree Star posted a popular photo on Instagram with the caption, “Having so much fun with my new #Chanel boomerang.” The boomerang is an emblem of Australian Indigenous communities, and many have since denounced the fashion house, calling Chanel insensitive and accusing the brand of simplifying an entire culture by appropriating a weapon that has been used for survival.

In response to the backlash, Chanel released this statement: “Chanel is extremely committed to respecting all cultures and deeply regrets that some may have felt offended. The inspiration was taken from leisure activities from other parts of the world, and it was not our intention to disrespect the Aboriginal and Torres Strait Islander community and the significance of the boomerang as a cultural object.” The brand has not, however, discontinued the item.

This is not the first time Chanel has manufactured boomerangs; they first retailed in 2005, and were sold again in 2010. Even Hermès released a $580 boomerang in the past, though they did not face similar criticism.

What are your thoughts? Did Chanel make a misstep, or are critics too harsh? Let us know in the comments! 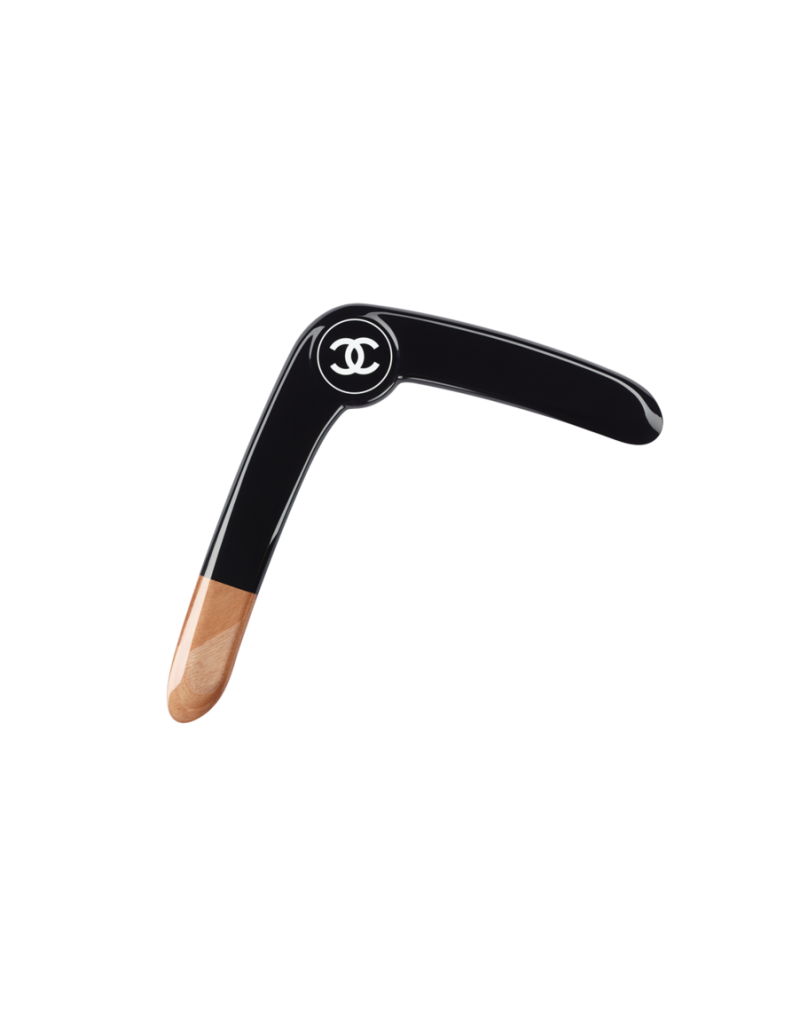 UGH!!! REALLY?!?! the world needs to STOP already!! How is this making a mockery of indigenous people? HOW??? if anyone could offer a logical argument, I am more than willing to listen. truly. I just think at some point (like NOW!) no one will be able to say/do ANYTHING without stepping on the toes of SOMEONE….it’s beyond comprehension how any little thing can upset someone and then suddenly everyone is offended!! I am pretty sure that my comment will hurt some snowflakes’ feelings in some way!!