Would You Stay at Karl Lagerfeld’s Hotel?

Karl Lagerfeld is a fashion mastermind, and we can thank him for his genius every time we carry a Chanel Classic Flap or rock a Fendi bag charm. Of course, Lagerfeld is a man of many talents and is trying his hand at a whole, new venture. According to WWD, in 2017 Lagerfeld is launching an international hospitality brand — Karl Lagerfeld Hotels & Resorts — under a long-term licensing deal with Brandmark Collective BV.

This idea has been on Lagerfeld’s mind for quite sometime now. He is a self-proclaimed lover of luxury and has always enjoyed living at hotels. In recent years, Lagerfeld has participated in a few interior design projects such as hotel lobbies in Toronto, Miami condos, and now a 270-room hotel in Macau. Lagerfeld’s work with the property in Macau, which will open in 2017, is a 20 story tower located in the Lisboa Palace and is already being coined as a “six-star” property. The hotel is expected to have a number of Michelin-starred restaurants, a themed retail mall, a wedding pavilion, and a multi-purpose theater.

This isn’t the first time a designer has decided to dip their feet into the luxury hospitality world. Many brands such as Giorgio Armani, Bulgari, Versace, and Baccarat have hotels all over the world. It will be interesting to see the creative direction Lagerfeld takes to give guests of his hotel the ultimate, “six-star” experience.

So, if given the chance, would you stay at Lagerfeld’s hotel? What are your thoughts about his new venture? 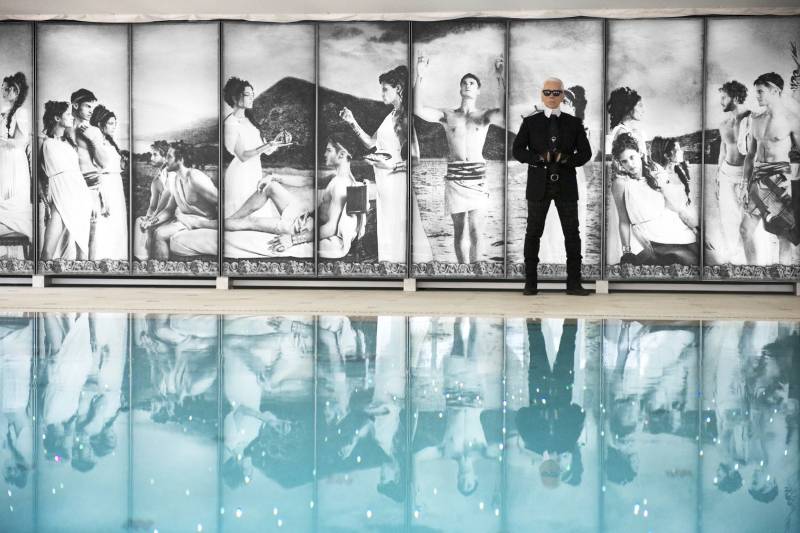