Is Every Quilted Flap a Chanel Copy?

“Imitation is the sincerest form of flattery that mediocrity can pay to greatness.” Some heavy words from the great Oscar Wilde that are still relevant today. It is easy to see how parties on opposite ends of the imitation game view the act of replication. For some, imitation is the highest form of flattery and a true indicator of admiration, adoration and aspiration. For others, the act of copying is insulting, a mark of laziness, lack of originality and an attempt to profit off someone else’s idea. No where else is this debate more hotly contested than in the world of couture.

We previously reported on how the esteem and influence of the Hermes Birkin has seemed to proliferate through to every major fashion house’s collections. Seemingly so, brands like Dior, Louis Vuitton and Saint Laurent have taken some inspiration from Hermes to create their own top handle bags- but is it fair to say they are Birkin copies? (read: Birkin Copycats?).

To further fan the flames of contempt, Chanel’s President of Fashion recently accused competitor Saint Laurent of flat out copying the classic tweed skirts and jackets that Chanel is known for. Does he have a point though? In the realm of trademarks and readily identifiable brand markers, is every quilted flap just a Chanel copy? 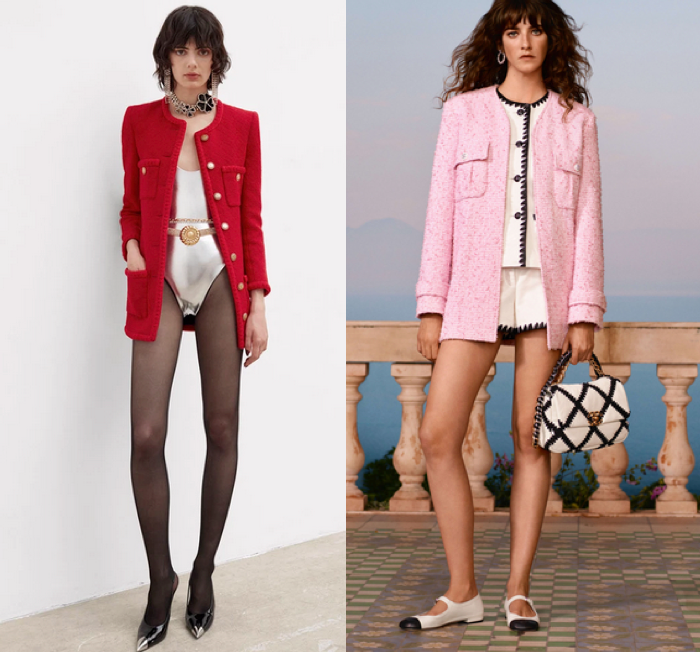 The short answer? Yes…and no. Although company names are easily distinguishable brand identifiers, when it comes to aspects like colour, design and fabric, the waters are a bit muddied. In fact, when something like the quilted classic flap or tweed suit is made famous by a brand like Chanel, it becomes as though the design is synonymous with the marque. In other words, the impact that products have can leave such an impression on us, that it is almost impossible to not think of them when discussing certain brands. For example, Christian Louboutin is almost always associated with the red bottomed shoes it made famous. Other companies can make shoes with soles in the same hue of red, but as a consumer, our minds instantaneously think of Louboutin because it is the brand that pioneered and popularized the design. Thus, when something like a tweed jacket or quilted flap bag, that was propelled to legendary status by Chanel, is seen on the catwalks and boutiques of another brand, it’s hard not think that a ‘touch of inspiration,’ may have gone a touch too far. 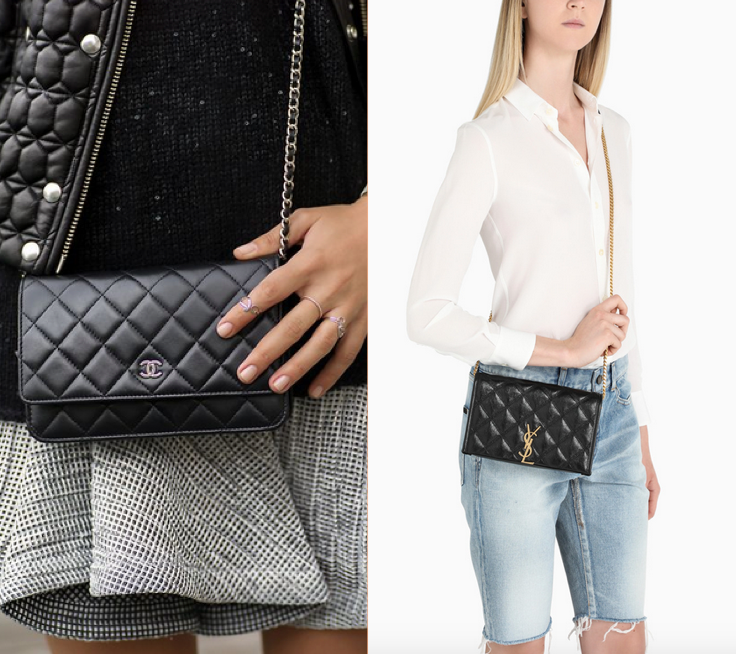 How sad to see a brand like that parasite another brand. Saint Laurent is a magnificent brand. I think it’s such a shame not to write your own history and to have to sponge off someone else. But the customers won’t be fooled. The customers will decide which brand makes the most beautiful tweed jacket. I’m not too worried. 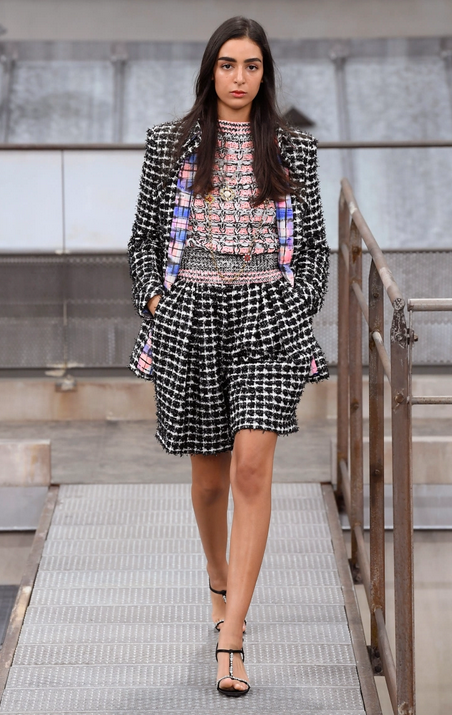 Legally speaking, it is doubtful that Chanel would pursue any sort of action against a brand like Saint Laurent, primarily because it’s publicity the company just doesn’t need right now. Although Chanel has recently taken other businesses to court over trademark violations, those brands are much smaller and in different industries. Moreover, there is a stronger case to be made on behalf of Chanel if their logo was either blatantly copied or mimicked in a way that is reminiscent of the iconic interlocking Cs. Trademark and copyright laws trend toward defending the use of publically registered names and logos, with some instances of litigation taking place to uphold characteristics like colour. Both Tiffany & Co. and Christian Louboutin were successful in their respective hearings to safeguard the blue and red brand colours respectively. However, this is because those colours are quite literally embedded in the fabric of each of those houses. From marketing to store layout, the light turquoise colour is no longer even called its original name of Robin’s Egg Blue, but is now more widely known as Tiffany Blue.

Since Chanel doesn’t already have an active copyright over tweed or diamond quilting, it is difficult to envision the brand doing anything besides call out others for copying them. After all, Chanel doesn’t have a monopoly on tweed or interwoven chains. However, there is one thing that Pavlovsky got right- customers will ultimately decide which brand has the better product, the more beautiful tweed jacket, and classier flap bag.