And Just Like That, every fashion lover’s favorite show is back. Well, as of yet there is no exact release date for the hotly anticipated Sex and the City reboot but filming has officially begun. And that means we have a sneak peak of the reboot’s fashion, including of course … THE BAGS! The original series, which ran between 1998 and 2004, was the OG fashion series. The likes of Gossip Girl, Emily in Paris and countless more would not be the same if it weren’t for the idea of fashion being an integral part of a show, a concept which Sex and the City pioneered.

Read: Check Out the Bags Set to Star in the New Gossip Girl Reboot 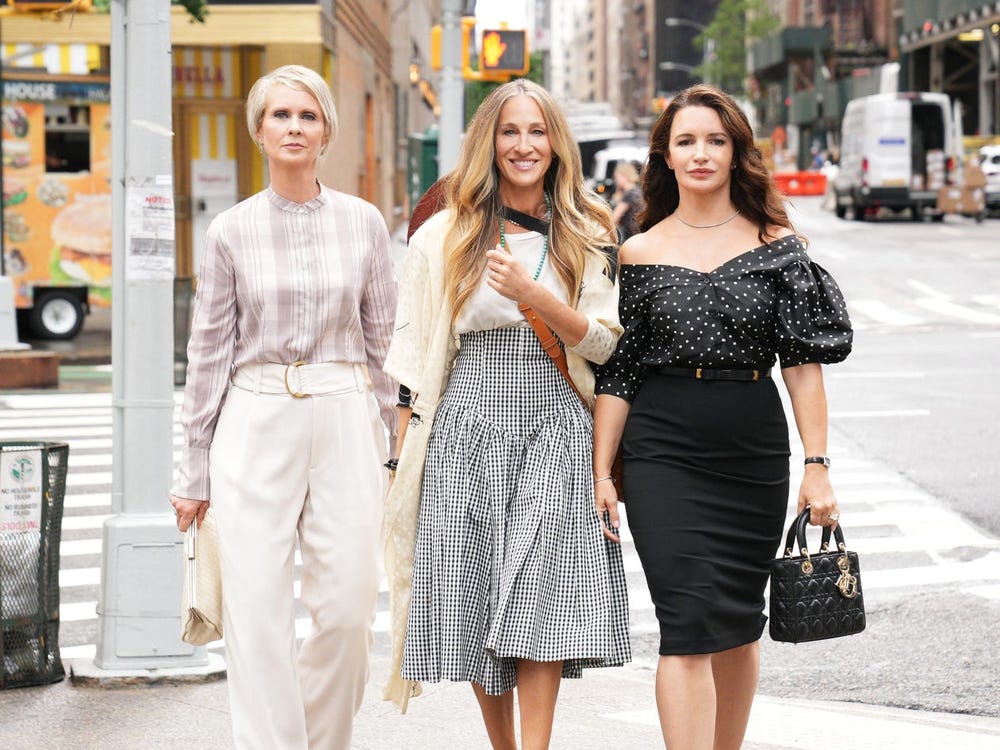 During its original run, SATC helped make ‘It’ bags out of styles such as the Fendi Baguette and Dior Saddle bag. The Emmy Award winning show made oodles of women want to get themselves on the waiting list for a Birkin bag. Carrie Bradshaw and her close knit group of girlfriends taught women and girls everywhere that no love is as important as a love for labels. And for that we are grateful.

Read: 7 Fabulous Chanel Bags We Spotted on ‘Emily in Paris’

Titled And Just Like That, the 10-episode revival is set to air on HBO Max. Sarah Jessica Parker, Cynthia Nixon, and Kristin Davis will return in their respective roles of Carrie Bradshaw, Miranda Hobbes and Charlotte York. According to previous reports, Kim Cattrall will not reprise her role as Samantha Jones. The show’s original costume designer Patricia Field will also not be returning for the reboot due to scheduling issues. However, Molly Rogers and Danny Santiago are onboard to take the fashion reins this time around. Rogers worked closely alongside Field on the original so it looks like the reboot’s fashion is in good hands. 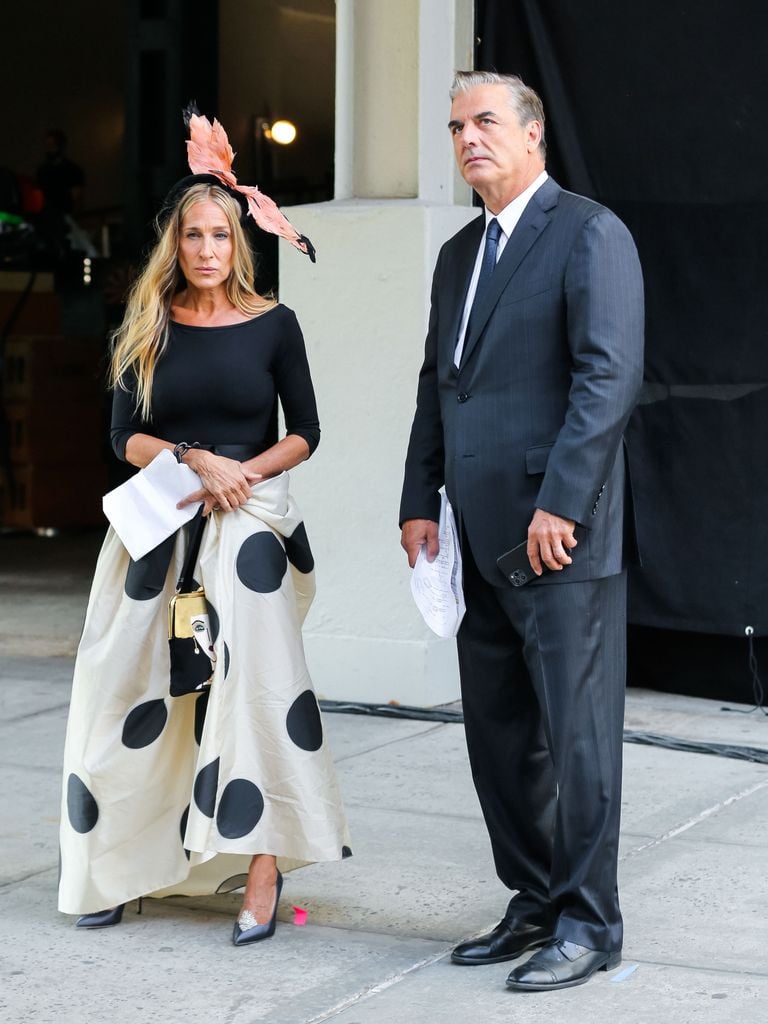 The reboot is, of course, set in a different world than the original series. And, more importantly, a whole new fashion world. Many covetable brands exist in the fashion landscape of 2021 which had not even been founded when SATC concluded in 2004. There are also bags now considered revival styles which were newly released during the show’s original run. Will we see the return of certified Carrie Bradshaw classics and popular Y2K revival styles? Or does the reboot have new designs in store for us to feast our eyes on? Let’s find out! 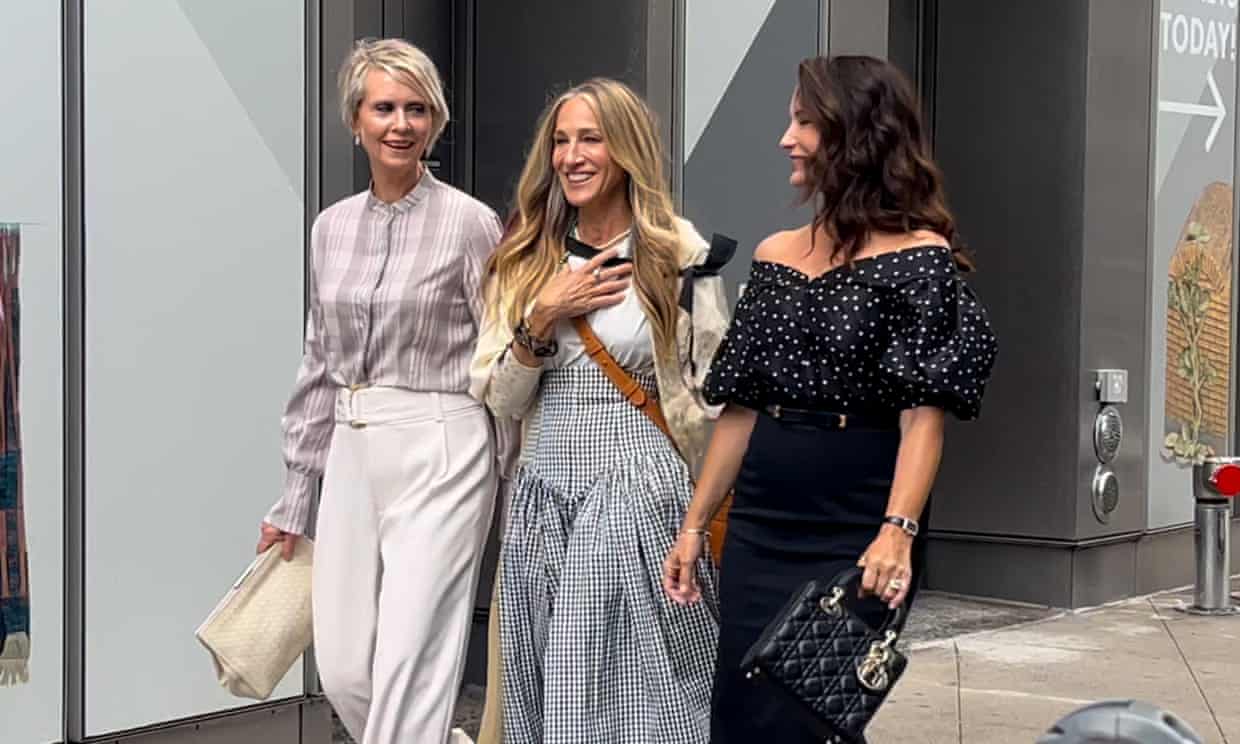 When you think of SATC and Dior bags, chances are that the Dior Saddle bag Carrie Bradshaw famously donned during the early ‘00s comes to mind. But this time around, it’s the Lady Dior who is stealing the show. The elegant cannage patterned top handle bag is carried in the reboot by none other than Charlotte York, the Park Avenue princess who made viewers fall in love with her sophisticated and preppy style during the original. Popping up in black leather with silver tone hardware, the Lady Dior makes the perfect handbag companion for Charlotte. We hope it’s the first of many Dior gems which will feature in And Just Like That. 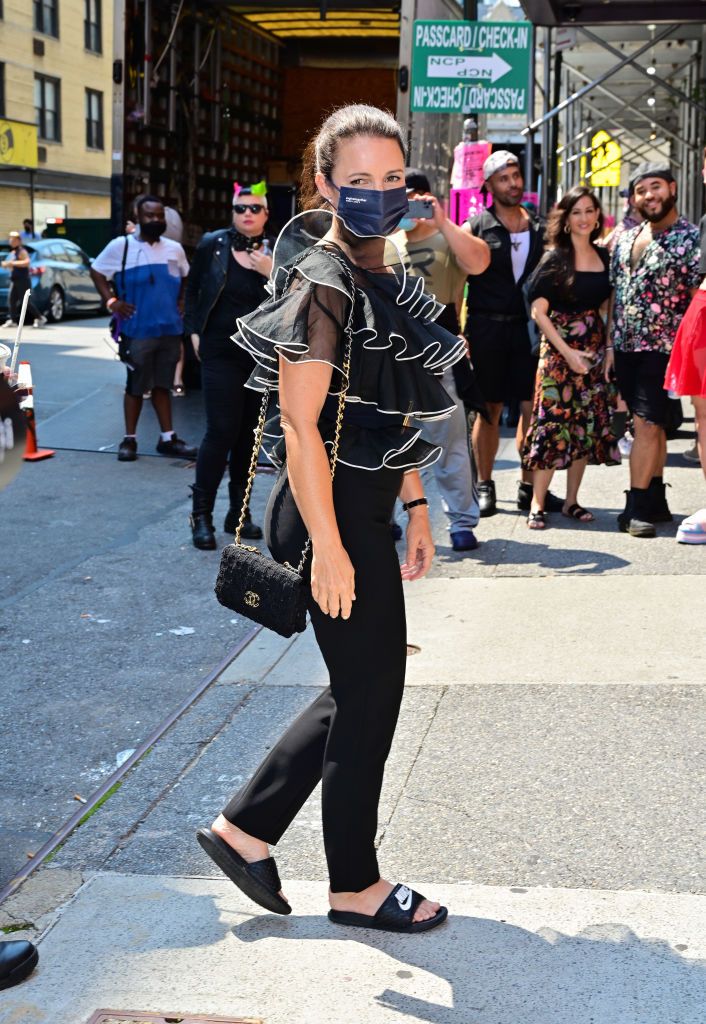 The WOC, Wallet on Chain, is a certified Chanel classic and a favorite amongst Chanel aficionados. So it’s no surprise that classy and cultivated Charlotte York would carry the popular style. From what we can see, the character carries the Chanel 19 WOC in elegant black tweed over her shoulder to complete an all-black ensemble. Chanel didn’t release its now iconic WOC design until around 2004, the year the original show ended, and the 19 style wasn’t launched until 2019. The sighting reassures us that we will be seeing new bags incorporated into the characters’ wardrobes alongside age-old classics. 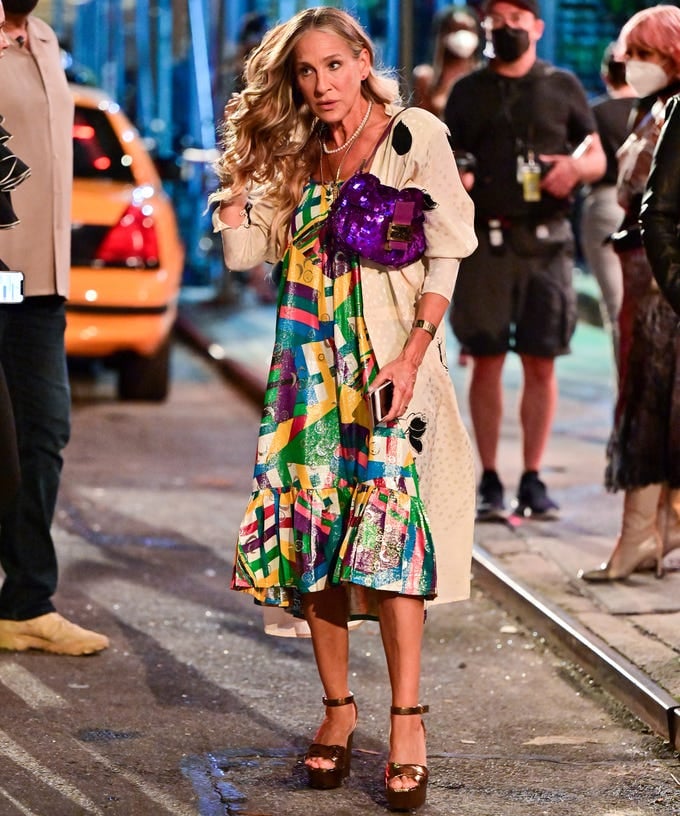 This is not a bag, it’s a Baguette. Arguably one of the most iconic Carrie Bradshaw moments of all time was when, in the original series, she corrected someone trying to rob her, stating that her bag was in fact not a bag at all but a Baguette. There is a very big difference. The Fendi Baguette is one of the bags most associated with the series and Carrie’s character in particular. Sarah Jessica Parker even appeared in Fendi’s ad campaign when the house re-released the style in 2019. The Baguette is part of the Y2K fashion uniform which soared to popularity during the original series. Therefore, it only makes sense that the design will be featured in the show’s revival just as the Y2K revival trend reaches peak popularity. To show that Carrie is a fan of sustainability and making luxury purchases last, she carries the same purple sequin version of the bag. 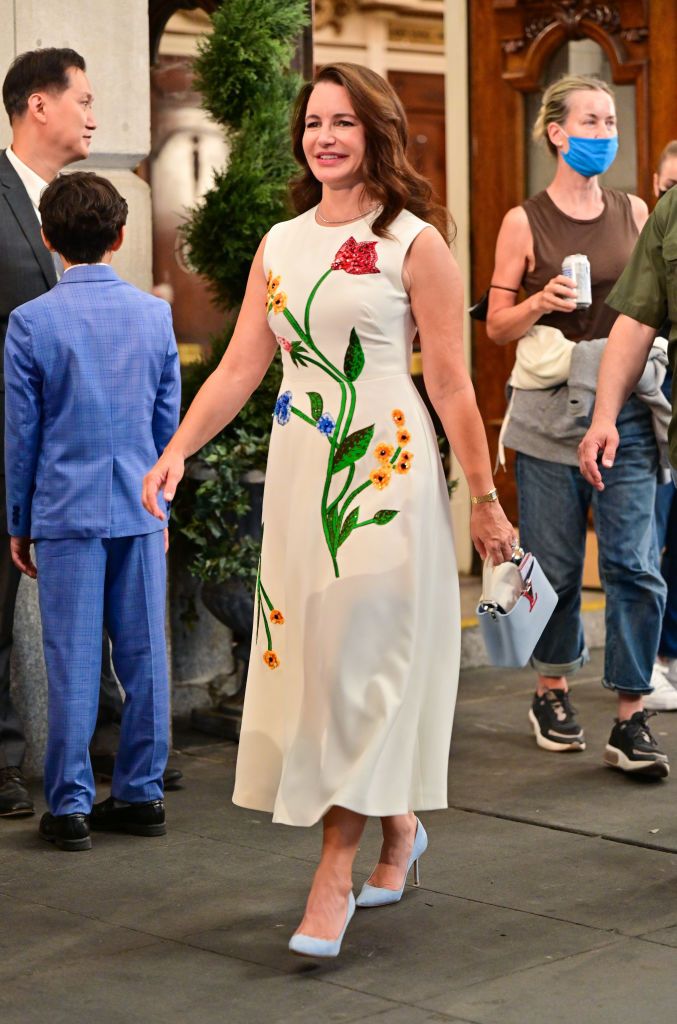 Elegant top handle bags and Charlotte York have always been a match made in style heaven. Now, the Louis Vuitton Capucines is getting in on the action. During filming, the character was spotted carrying not one but two of the dignified design. One was a two-tone blue and fuchsia mini version and the other was a Capucines PM in Framboise, VERY Charlotte. We’re beginning to think that the revival is only being filmed to incorporate all of the popular bags which have been released since the finale of the original, the Capucines included! 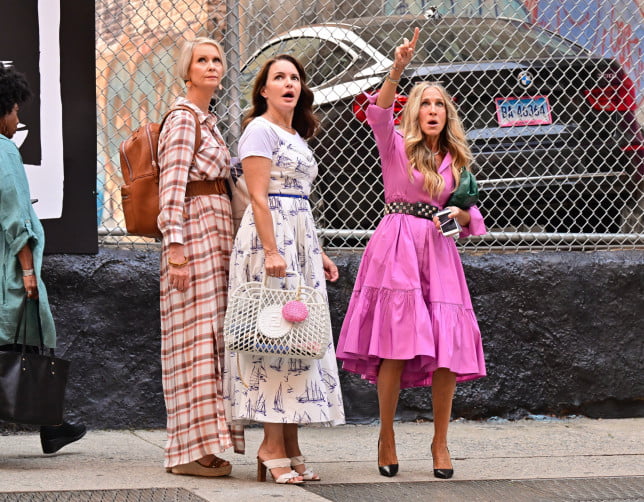 In an effort to mix up Charlotte’s cohort of leather top handle styles, costume designers Rogers and Santiago finished off one of the character’s looks with Fendi’s new Recycled PVC Plastic Basket. New for Spring 2021, the basket bag sports Fendi’s circular logo at the centre. The recycled PVC is criss-crossed so this bag is completely see-through, meaning viewers will be made privy to what Charlotte carries whilst out and about in New York. The design is paired with one of Fendi’s new bag charms. 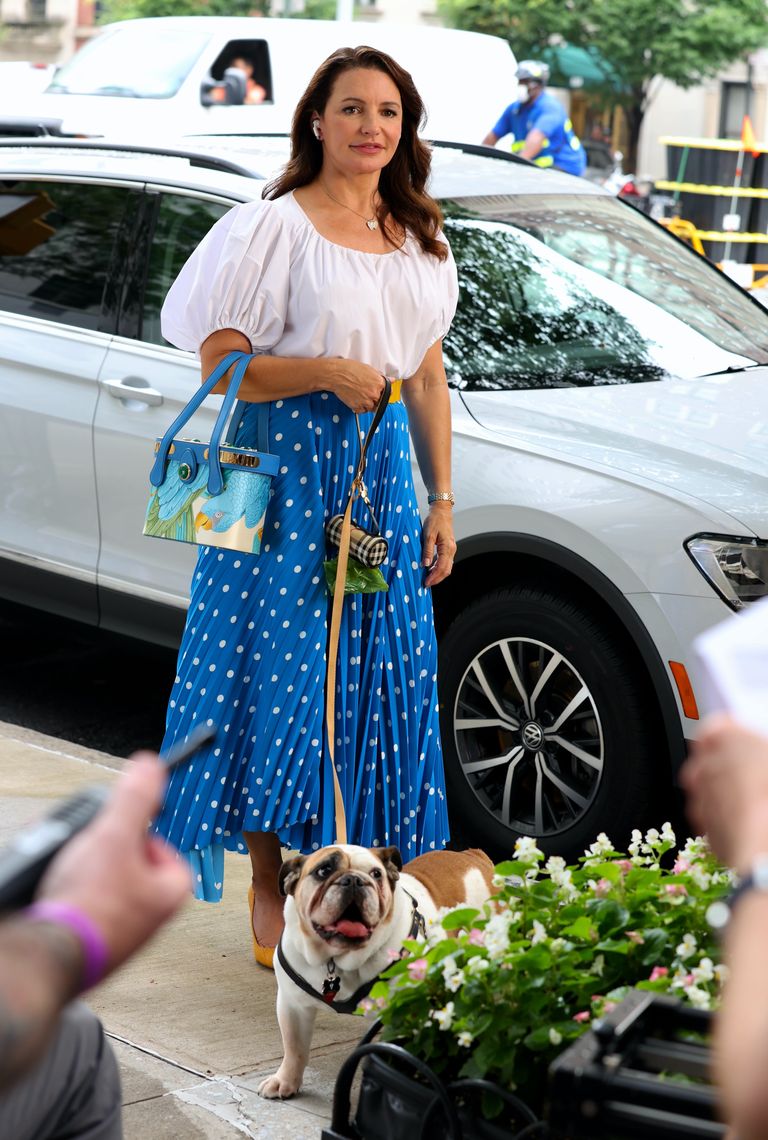 Question – How do you know you’re a sophisticated Manhattanite? Answer – When even your dog’s poop bag dispenser is designer! Whilst out walking her new pooch, Charlotte was spotted carrying a Burberry poop bag dispenser. Chic and just the kind of ostentatious accessory we were expecting from the SATC reboot. 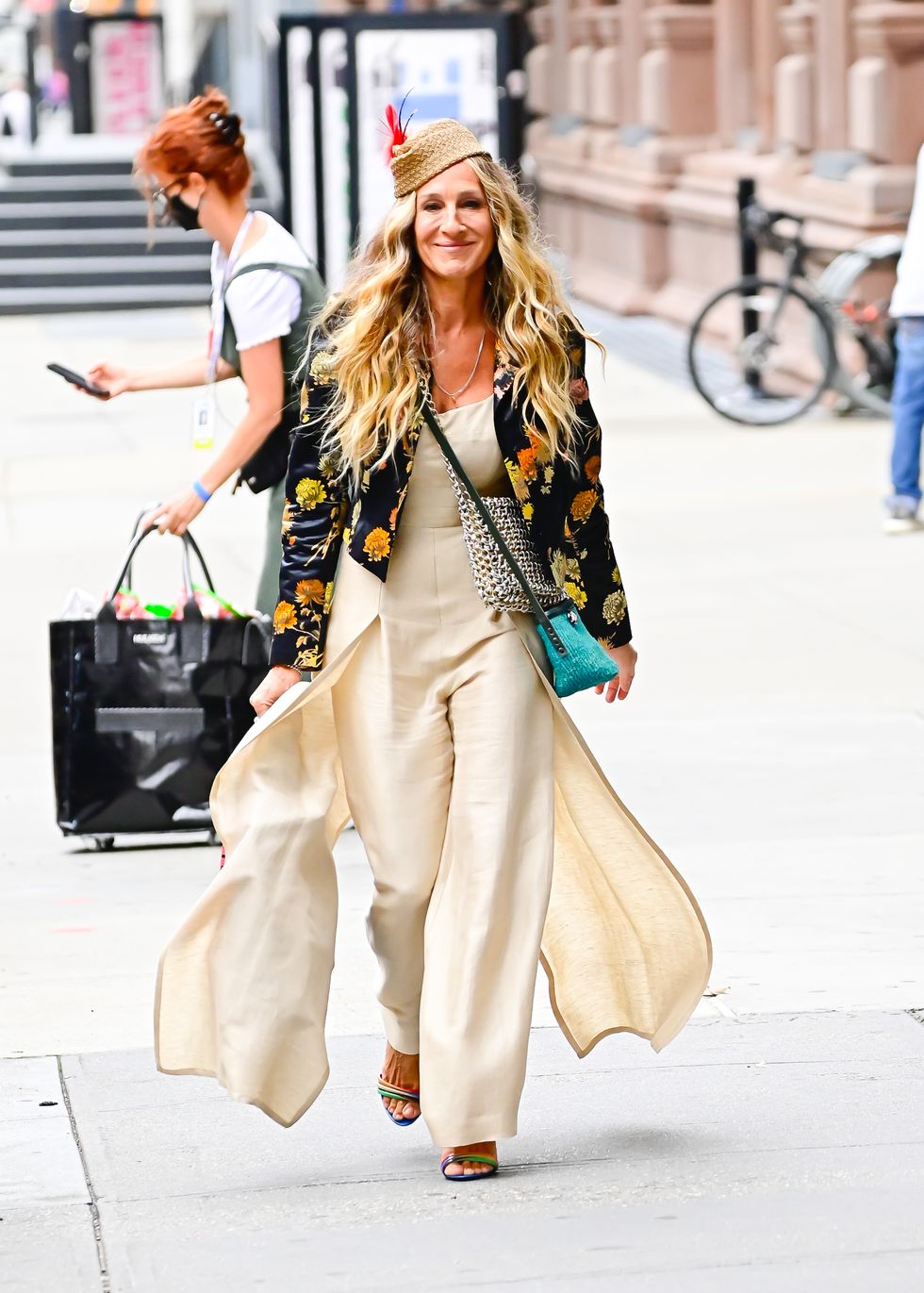 The double bag trend has floated in and out of fashion for a few years now. One of its latest iterations is a big bag paired with a micro bag as a charm. But Carrie Bradshaw is famous for making her own fashion rules. She was spotted wearing two equally sized bags, one on top of the other. One was a vintage Lewis mixed-metal chain bag and the other was a turquoise style.

Which bag are you most excited to see in the upcoming SATC reboot? Let us know. 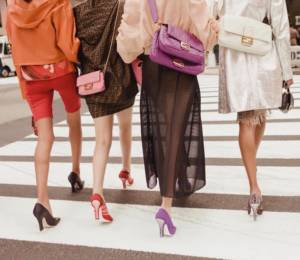 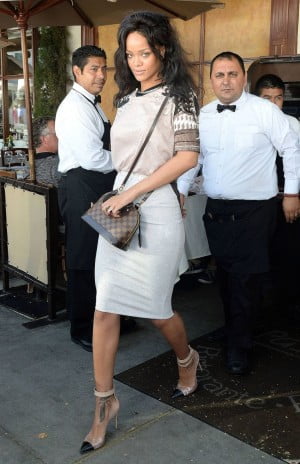 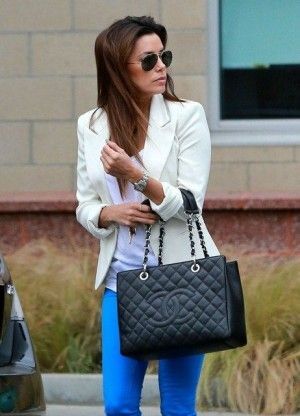