Last year, downtown Chicago was victim to a string of handbag thefts, and unfortunately the trend seems to be continuing.

The destruction doesn’t stop there. The robbers crashed into an Uber driver who was in the process of giving a man and a woman a ride. No injuries were reported. The driver speculates that the robbers were attempting to back out of the store when the crash happened. “They tried to run away, they couldn’t so they used the other car to get out,” he said. The woman in the uber reported that after the crash a couple of the robbers got out of the car and went back into the store to get more merchandise. The suspects abandoned the SUV and fled on foot to another vehicle with the loot.

Officers taped off the entrance to the store early Monday. Shattered glass and debris still obstruct the sidewalks.

What do you think of this latest case of luxury crime? Tell us your thoughts in the comments. 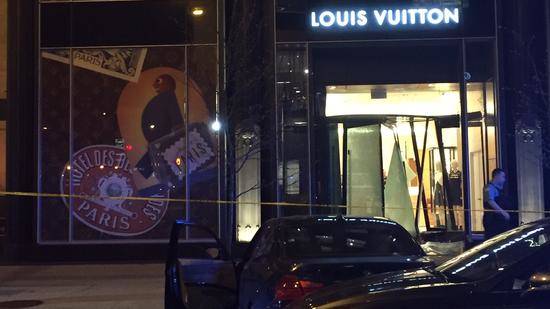 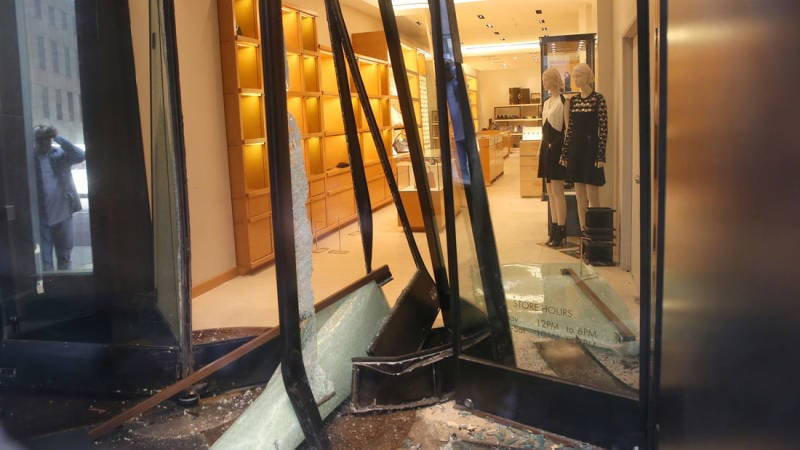 That is absolutely horrible! I didn’t even heard it until now!! What a destruction , so sad.