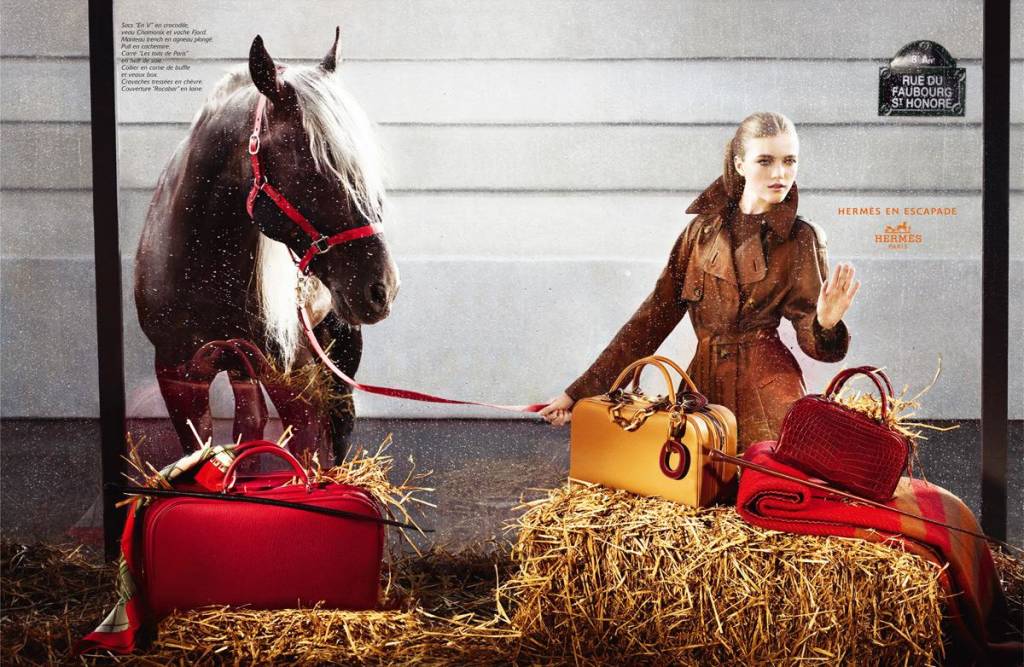 Hermès. The name alone evokes class, refinement, and Parisian flair. When we think of Hermès, the exclusivity of the Birkin, Kelly, and Constance come to mind, alongside shelves of elaborately-printed silk scarves and enamel bangles. While these goods collectively embody the essence of the fashion house today, handbags and accessories actually came quite late in Hermès’ history—85 years after the founding to be exact.

Many of you, like those of us at PurseBop, identify deeply with Hermès. We love the idea that a Birkin is not just a bag, but also a paradigm of excellence; that a quick twist of a carré around one’s neck can transform a quotidian outfit to effortless chic in mere seconds. But a quick glance at Hermès’s history proved somewhat unsettling—we realized we didn’t know enough about the maison. In order to be truly Hermès-crazy, we thought, perhaps we should know what it means to be Hermès-crazy. Nagging questions started to surface: what has Hermès symbolized historically? And what elements of its founding have carried over into the French style mecca we know today?

A whiff of the missing story is found in the omnipresent horse: stamped on bracelets, woven into silk squares, and sitting atop the H label, the horse silhouette is a subtle but persistent reminder of Hermès’ continuing ties to equestrianism. As an equestrienne myself—though more dilettante than serious competitor—I wanted to dig deeper and uncover the full story of Hermès’s origins. Saddle up, keep your heels down, and come along for the ride. 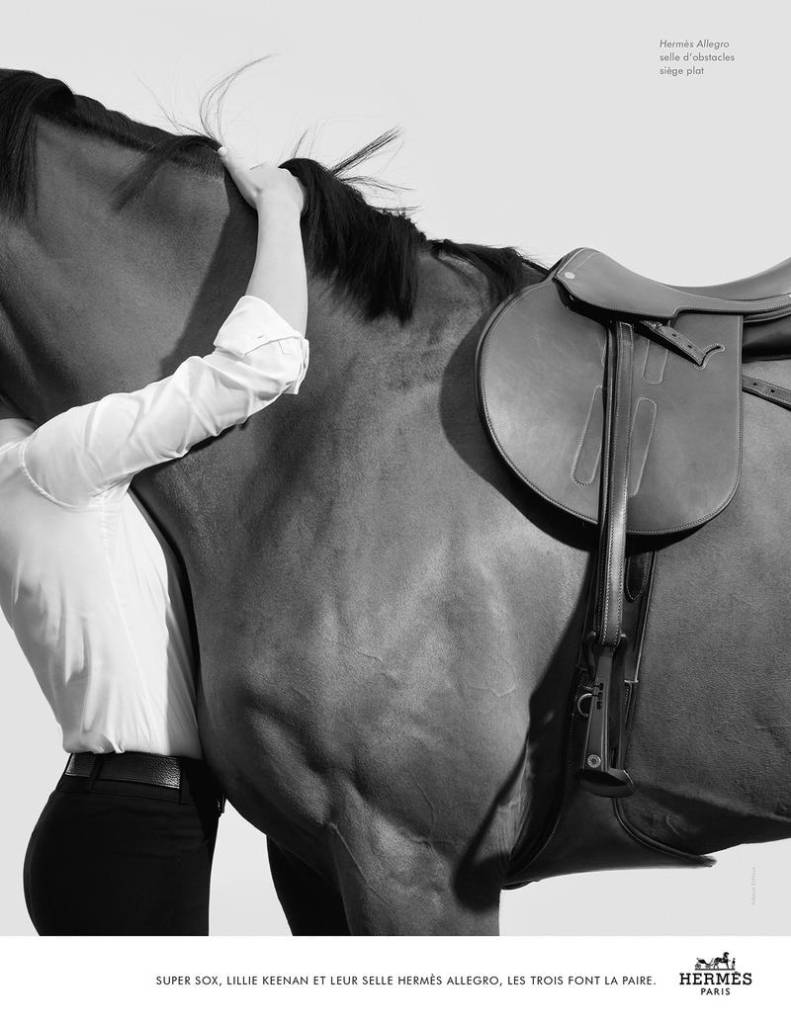 When Thierry Hermès established his eponymous brand, it’s highly unlikely he ever suspected that the humble atelier would one day become a global name. Hermès, the sixth child of an innkeeper, was born in Germany in 1801. Orphaned by warfare and disease, he moved to France in 1827 and trained to become a leather maker in a town just outside of Paris. In 1837, Hermès founded the first Hermès workshop in Paris’s 9th arrondissement. The atelier specialized in horse harnesses and would soon expand to create other award-winning equestrian accessories, prioritizing—as it does today—lightness and functionality above all. The brand’s clients? High society and the European nobility, including Emperor Napoléon III and his empress, Eugénie—Hermès has, since its origins, attracted the upper echelons of society. 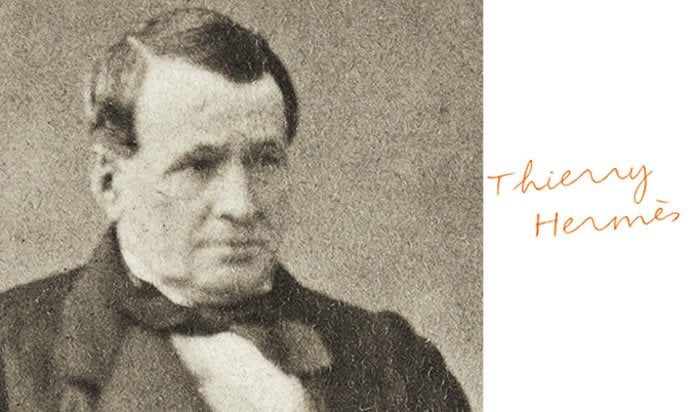 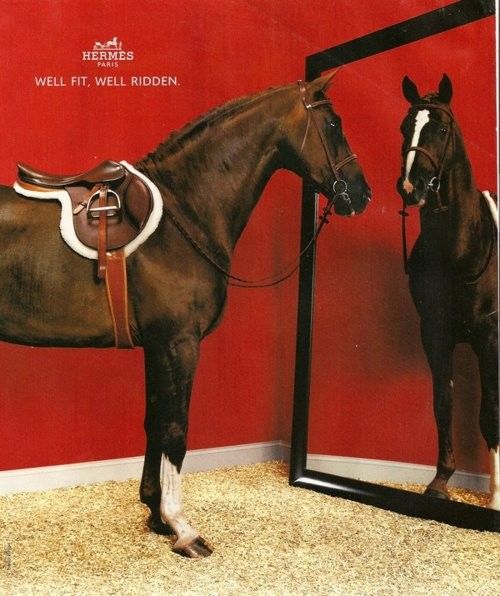 Thierry’s son, Charles-Émile Hermès, took over the brand in 1880, moving the workshop to the now-iconic limestone building at 24 Rue Faubourg Saint-Honoré, from which the Hermès flagship would never move. That same year, Charles-Émile added saddlery to Hermès’s creations. The sought-after saddles were made to order, requiring measurements from both horse and rider, and sewn together with the durable saddle stitch still used today. It was around this time that Hermès garnered a reputation for something that has persisted to this day: long waits. In fact, Hermès caused the delay of royal coronations, as craftsmen would take too long with the fittings for the carriage and the guard!

Ten years after the move to Rue Faubourg Saint-Honoré, in 1900, Hermès inched closer to the maison we know today, introducing their first bag (though not a “handbag” just yet). The “Haut à Courroies,” a large bag for carrying saddles, was sold in the retail store attached to the atelier, which had opened the previous year. Charles-Émile’s sons, Adolphe and Émile-Maurice, took leadership of the brand, renaming it “Hermès Frères” (Hermès Brothers) in this era. During the brothers’ reign, Czar Nicholas II became a client, as well as royals and aristocratic riders from an ever-expanding list of places around the world, including countries in North Africa and Asia. Hermès also became a trailblazer in one area of clothing craftsmanship: the zipper. After meeting Henry Ford in 1918 and spotting zippers on the canvas roofs of cars in a Canadian factory, Émile-Maurice obtained a European patent for the zipper, dubbing it the “Hermès Fastener.” Hermès then made the first leather jacket with a zipper (which was worn by the Duke of Windsor!). 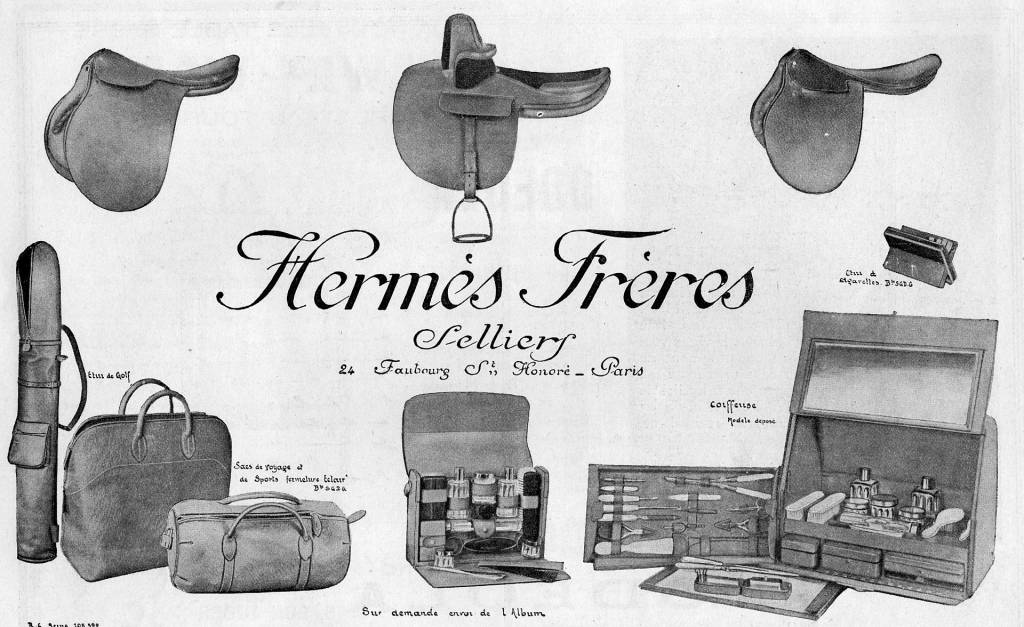 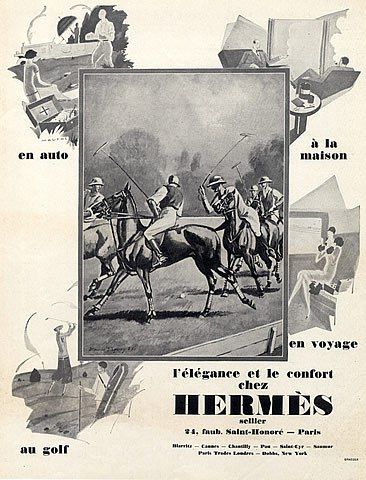 1922, at long last, was the year that saw the first Hermès handbag. Émile-Maurice’s wife, the story goes, couldn’t find a handbag she liked, so he decided to design one perfectly suited to her. The leather bag he came up with was simply a smaller version of the brand’s “Haut à Courroies” saddlebag from the beginning of the century. Even though Hermès had finally strayed from its origins, the house’s equine beginnings lingered in the very history of its first handbag!

The ’20s also witnessed the introduction of menswear and accessories departments, as well as the 1929 launch of a womenswear line. In 1935, Hermès debuted the first purse of the now-famous Holy Grail Bag trio: the “Sac à dépêches,” which would come, in 1956, to be known as the Kelly after Grace Kelly famously used it to shield her baby bump.

Even the scarves, introduced in 1937, drew from an equestrian source. These carrés, inspired by racing silks, caught on quickly and were worn by celebrities like Jackie O. In the 1940s, the Collier de Chien (CDC) bracelets were released, in addition to Hermès’s first tie collection. And as far as brand landmarks go, 1984 marks one of the biggest. It was the year Hermès fashioned the first Birkin Bag, named after—and supposedly designed for—British actress Jane Birkin. It would perhaps be superfluous to comment on what this development has meant for the world of high fashion. 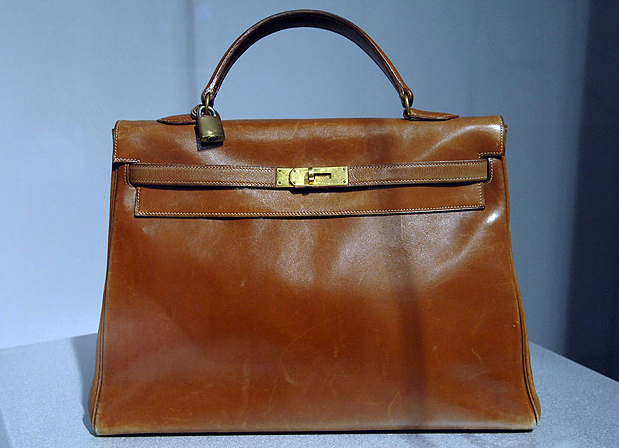 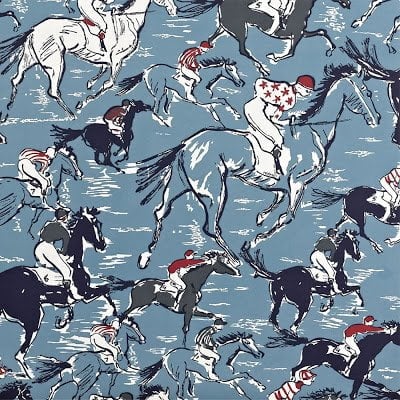 IV: What Role do Equestrian Goods Play in Hermès Today?

Hermès has far from abandoned the division that made its name. The house still offers a full range of horse, rider, and stable equipment, many of which are available online. The flagship alone boasts two saddle-making workshops on its upper floor! Each saddle is stitched by hand and made by a single craftsman. New saddles are constantly in the works, developed with the help of Hermès’s partner riders, and two major designs were released last year: the Allegro for show jumping and the Arpège for dressage. Though beautiful and more expensive than your average saddle, these are not simply meant for display; they are highly functional. A number of professionals ride on Hermès, and the quality of these saddles is a frequent topic of discussion in online forums, where you can find experienced riders assuring tentative buyers that Hermès is not just a name, but in fact the epitome of saddlery.

In an effort to lend the sport relevance in the modern age, Hermès hosts international show jumping competitions, like the prestigious Saut Hermès at the Grand Palais each spring. (The eighth Saut Hermès took place in March. In the brand’s own words, Hermès “confirms its ambition to revive and develop the tradition of equestrian sport at the heart of Paris.” Additionally, Hermès announced an official partnership with the United States Equestrian Federation (USEF) in 2014, becoming the official outfitter for all eight American teams. Hermès also provides the saddles used by the Academy of Equestrian Arts in Versailles.

Of course, the motif of the horse permeates the various departments of Hermès today. And let’s not forget the winsome rodeo bag charms, which are a favorite among H bag–owners and Instagram followers. Whether it’s in goods made for rider and horse, or goods made about riding and horses, Hermès has not strayed from its roots. It has only expanded upon them, guided by innovation, slowly unfurling in diverse creative directions like the branches of a tree, yet still grounded in its original source. 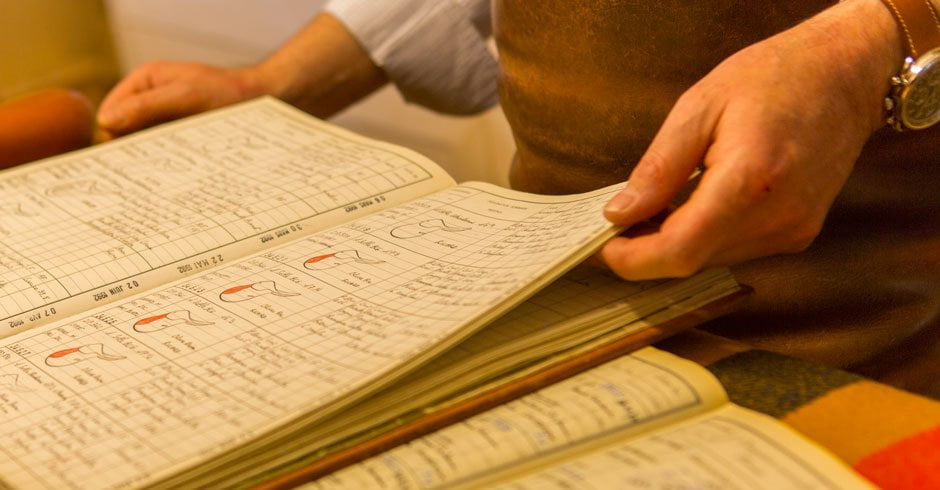 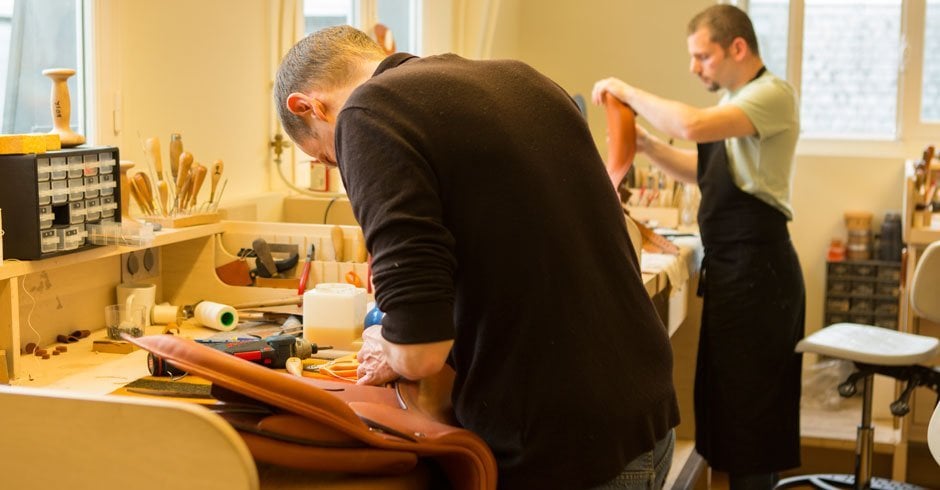 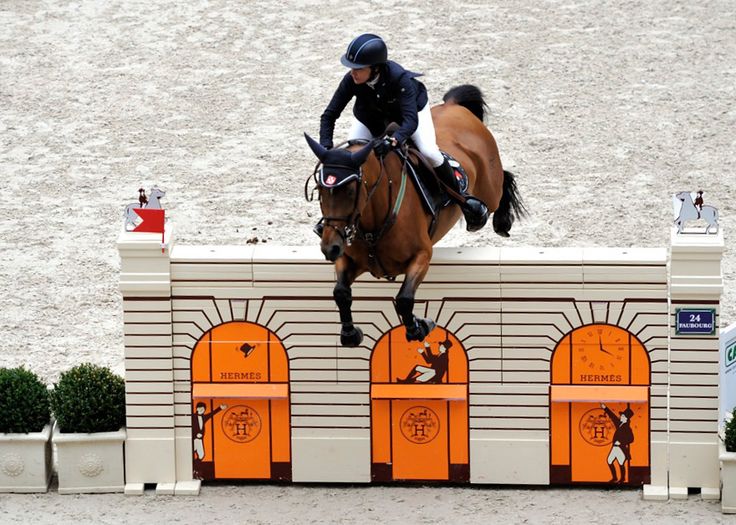 Hermès’s journey from modest equestrian beginnings to the pinnacle of Parisian class and style, 180 years in the making, is a story of fine craftsmanship, familial dedication, and heritage. There is something to be said for a maison with a fiery commitment to its origins, especially when those origins are niche and may seem outdated in the modern world of automation. In a certain sense, Hermès’s transformation has mirrored the postwar decline of the European aristocracy and the rise of consumerism and social mobility in the 20th century (and now even social media in the 21st!). Hermès has proved itself to be endlessly versatile; I, for one, have rather high hopes that it will weather any luxury “storms” in the foreseeable future with grace, nobility, and ease—and, with any luck, some more horse shows along the way. 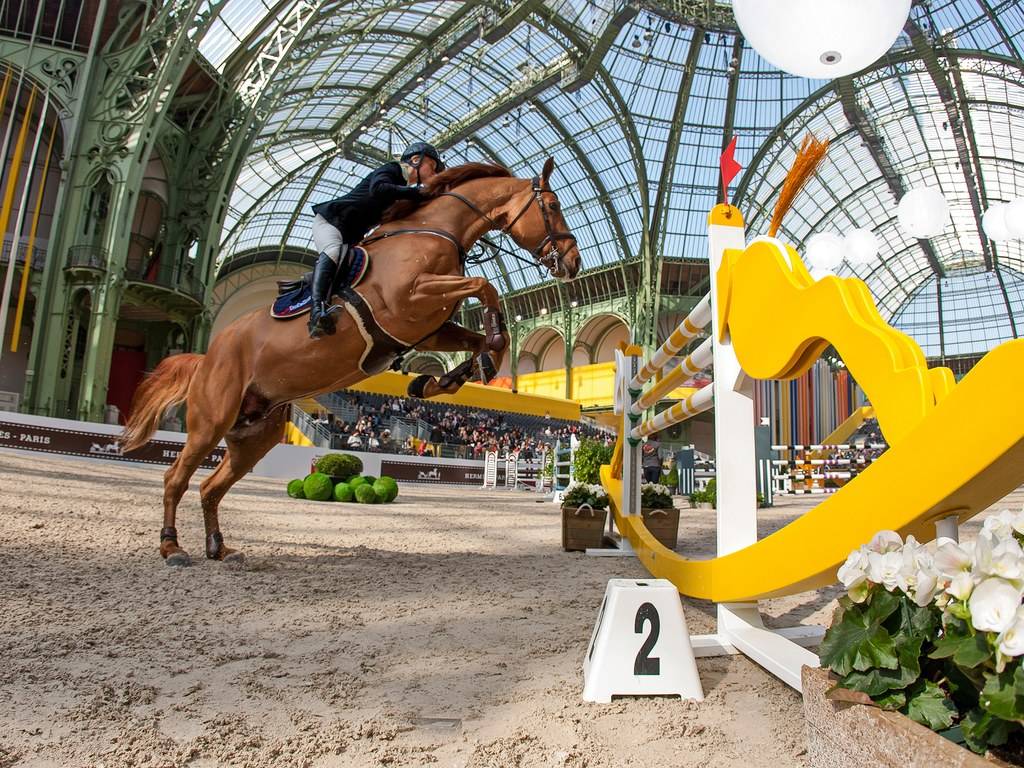 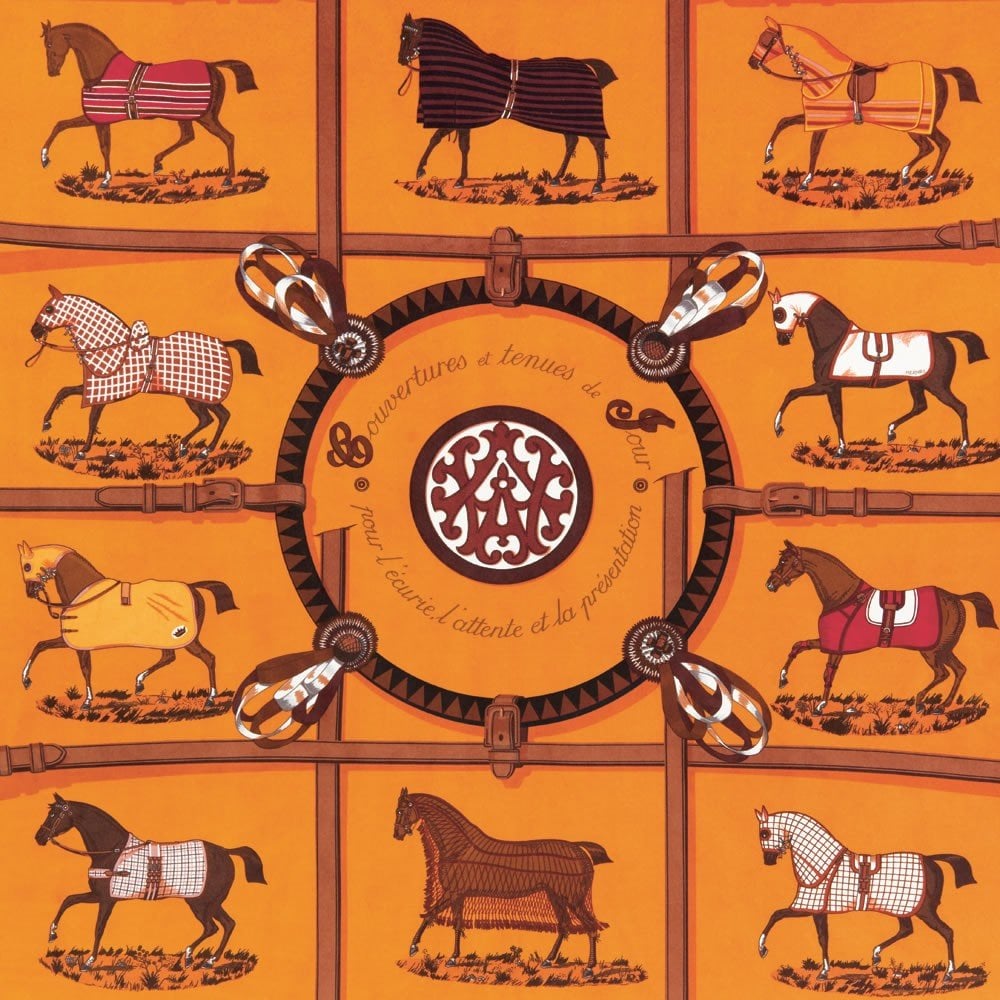 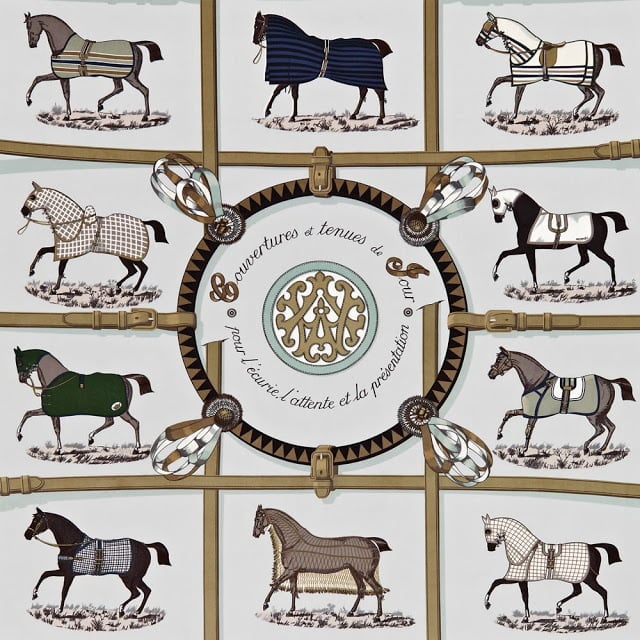 Do you now feel as though you’re better acquainted with the beloved French maison? Do you have any experience with Hermès’s equestrian division yourself? Or, perhaps, do you own any scarves, bangles, or charms that play on Hermès’s equine origins? I would love to hear your thoughts on this piece—especially since it’s a new kind of article. Would you be interested in reading similar posts in the future? Let us know in the comments! x 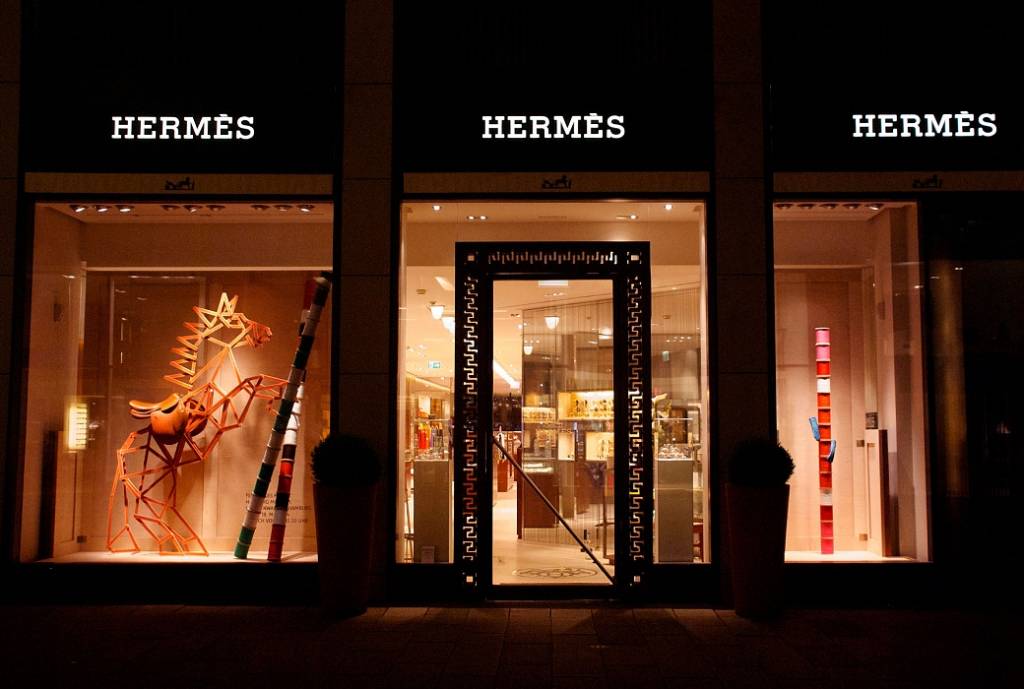 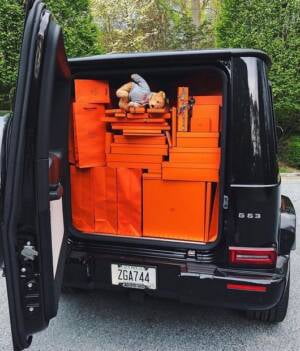 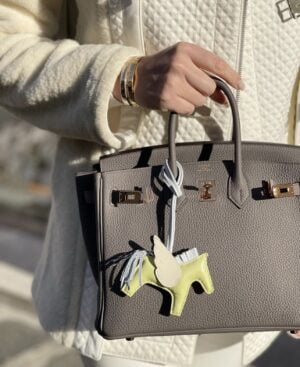 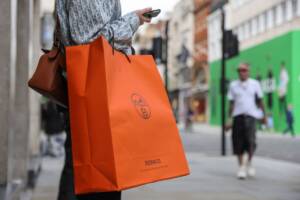 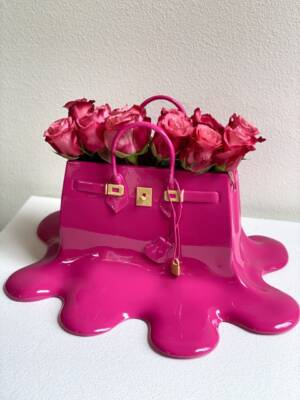